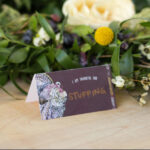 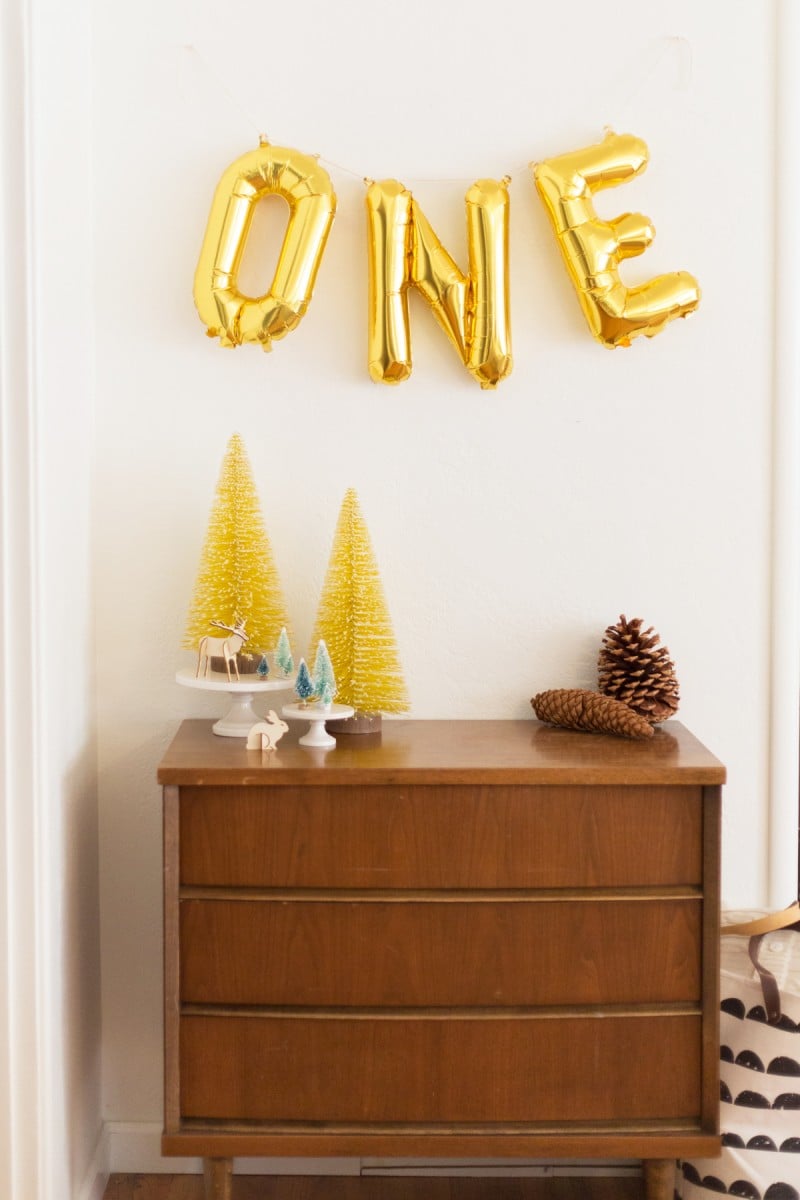 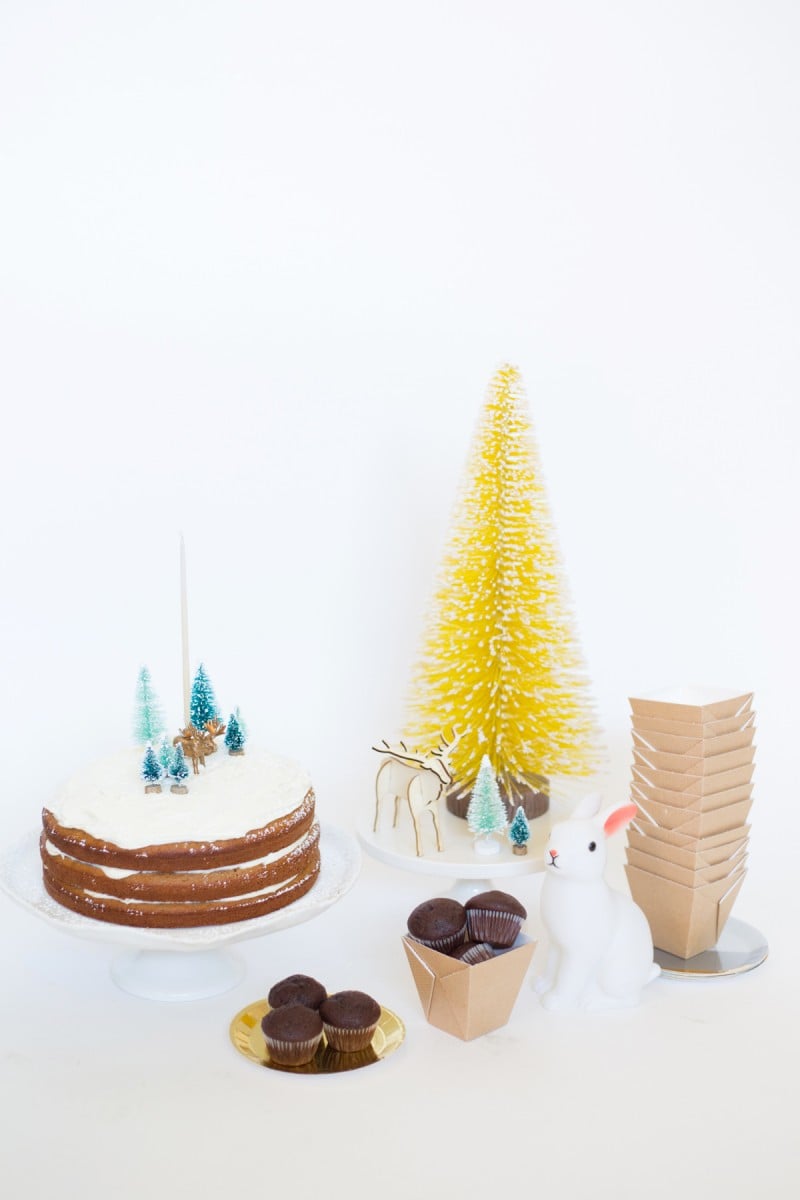 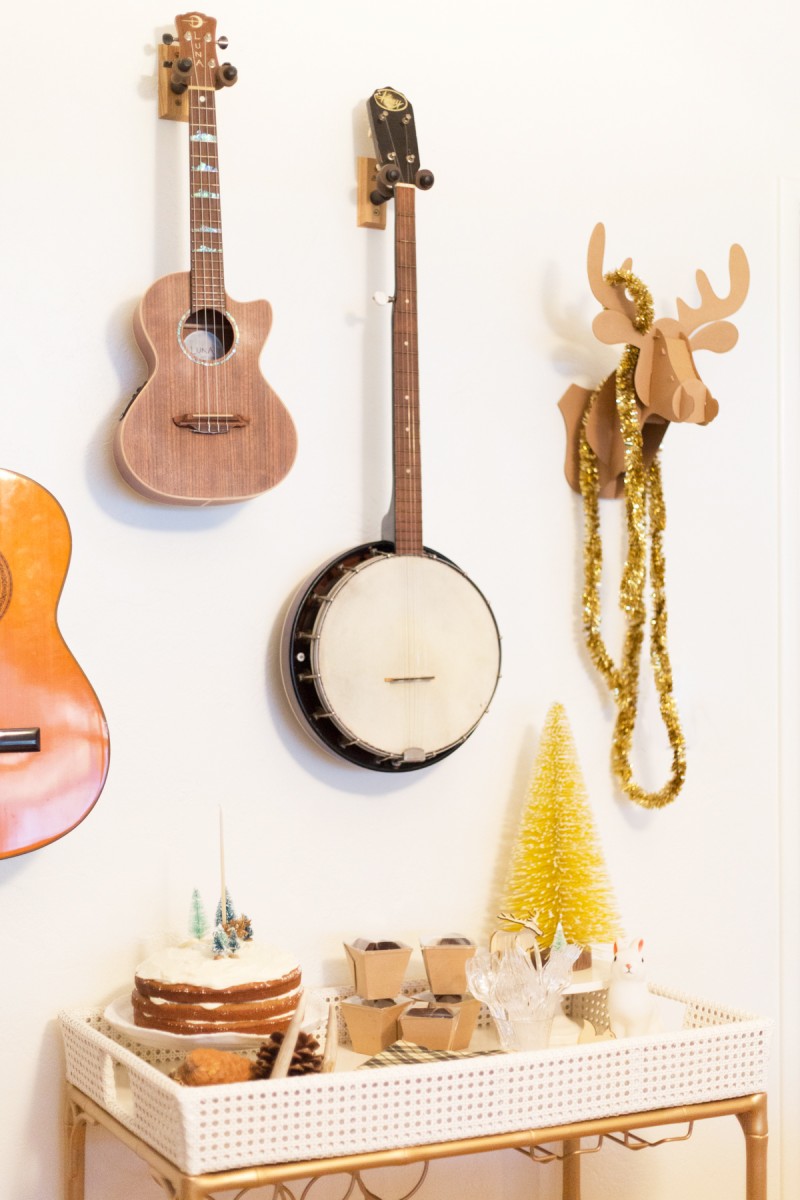 Before Henry was born and we realized his birthday would be during the winter months, just a couple days after Thanksgiving, at first I was a little bummed. I didn’t really know what to do with a baby birthday party that wasn’t during spring or summer so you could be outside and do the usual kid-birthday-type-stuff. And I was pretty stumped on a theme (although I’ve never been one to get too terribly theme-y with a birthday party). But when the weather turned cold and I started looking around at fall and wintery stuff, inspiration hit and pretty soon I was pumped to be throwing a winter woodland 1st birthday party!

I posted the cake I made for Hank on Instagram and I wasn’t really expecting it but it was a hit! So although I didn’t take step-by-step photos, I thought I’d share the how-to here, just in case you want to recreate it. But before we get to that, a few other details! Because his birthday was between Thanksgiving and Christmas, we just decided to go full-out winter and woodsy and wonderful. I combed through my Christmas decorations for little bottlebrush trees and any woodland animals. We used  painted plastic toy animals from another project here and there. We had some pinecones laying around that made up a little centerpiece, and we tossed some tinsel on a cardboard moose head we found in the Target dollar aisle.

I wanted mostly kraft and gold with a few pops of color, and we picked up a bunch of goodies at Shop Sweet Lulu that were just perfect! These tiny gold plates were perfect to use as bread plates (we had chili, mac and cheese, and cornbread). We spelled out “One” in my favorite little gold balloons for decor and I’m planning on leaving them up until they disintegrate because I love them so much. We got some super-slim, tall candles for Henry’s cake, which we put in a moose candle holder I made a few years back. This little bunny nightlight was the king of all of our little forest creatures, and now hangs out in Henry’s room. And we sent our guests home with teeny chocolate muffins in these cool little corrugated cardboard containers. (Psst — you can go on a shopping spree at Shop Sweet Lulu and get a little 10% off boost if you use code TINYFOY during the next two weeks! How sweet are those gals?) 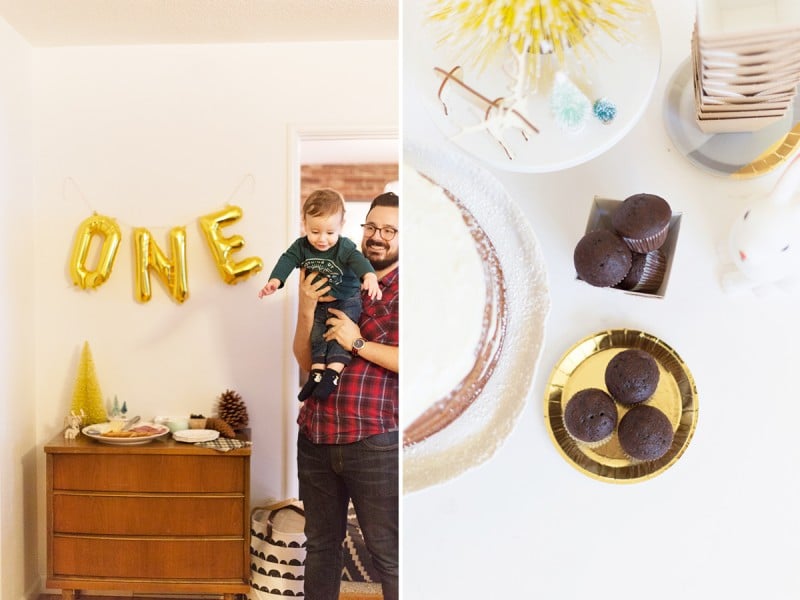 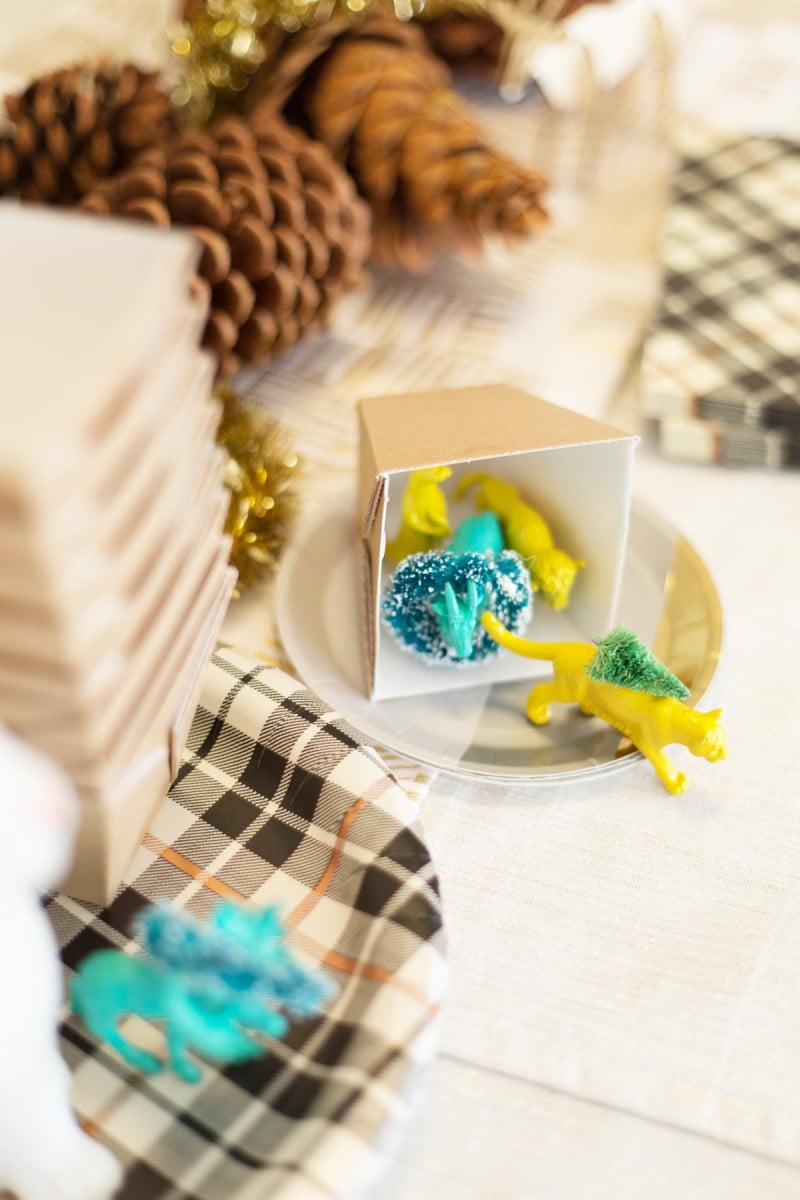 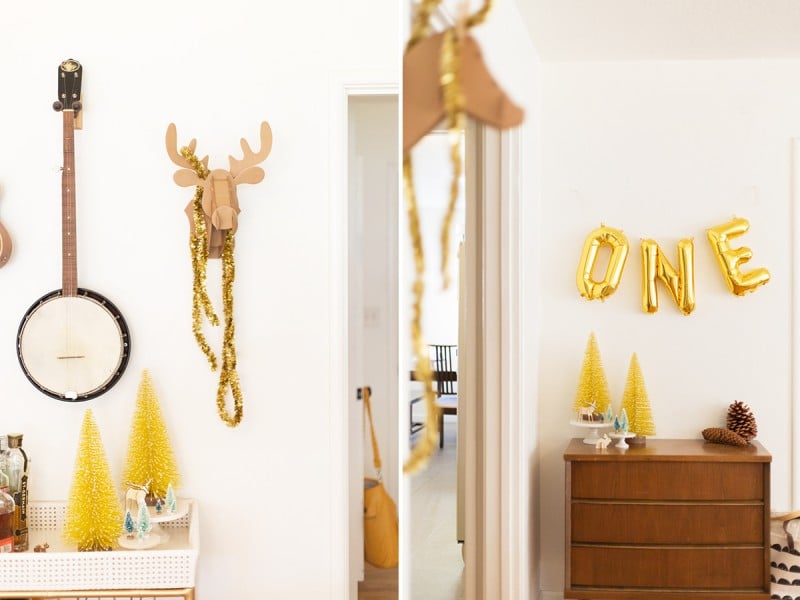 Boom, instant wintery party! And in case you want to make that forest cake, I outlined what we did below. Apparently it’s called a “naked cake,” because there’s no frosting on the side. Who knew?! And be warned: it’s straight outta the box and I ain’t ashamed. 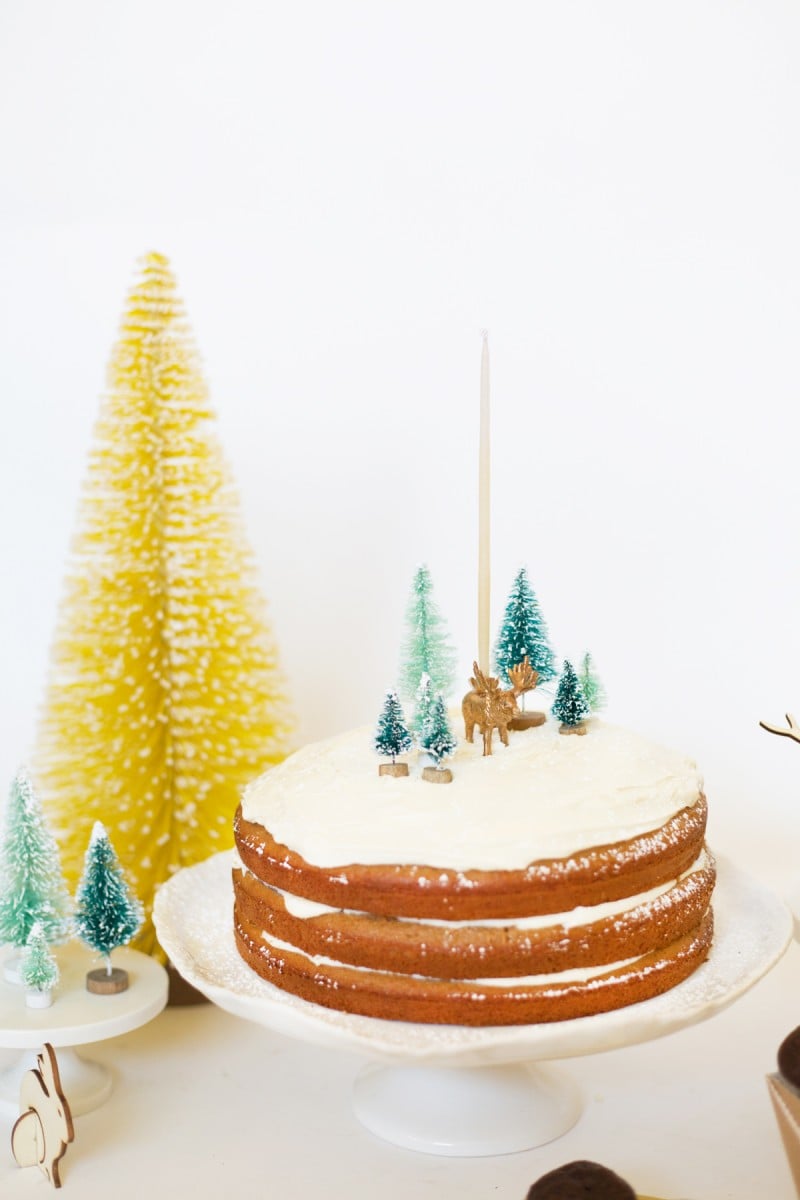 Step 1: Mix the cake according to the instructions on the packaging. I used three 9″ round baking pans to bake all three layers at once. Optional: butter the sides of your pans and lay parchment paper on the bottom to ensure nice, even baking and cakes that won’t stick and then crumble.

Step 2: Once the cakes are baked, let them cool thoroughly. Then carefully slice off the rounded tops of two of the cakes so that they’re flat and level. The best way to do that is to take a bread knife, make a light perforated cut around the edges of each cake to make sure you’re level, and then slice off the top at the perforation. Always cut less than you think you need at first; you can always cut more!

Step 4: With a clean icing spatula, add a thin layer of frosting on this first layer. Be sure to get it out along the edges where you’ll be able to see it between the layers. In fact, I added a little extra on the outer edge.

Step 5: Repeat with another layer of cake and frosting. Then place the top layer (the one you didn’t flatten) on the very top and add a nice thick layer of icing.

Step 6: Sprinkle a light dusting of powdered sugar all around the cake and cake stand.

Step 7: Add your candle, or animals, or tiny trees and you’re done!

And then your kid will eat it like this: 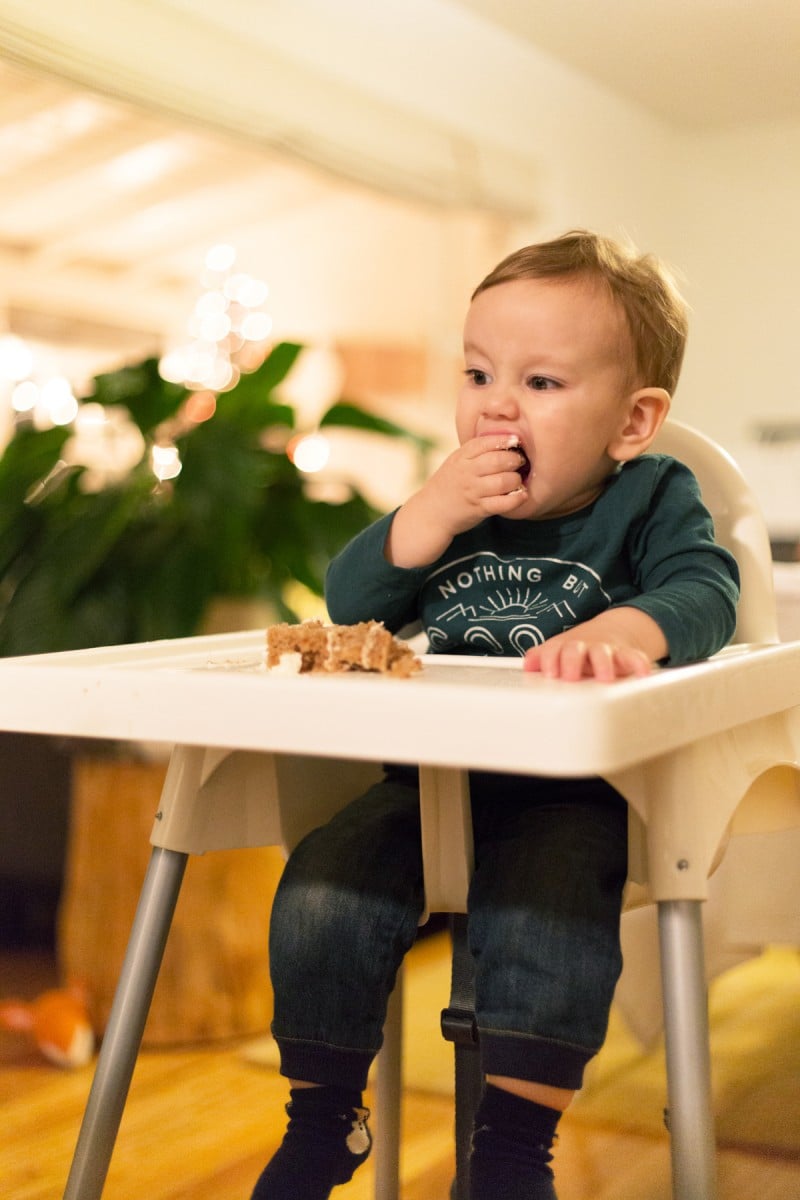 I have to say, we had the best time. I was kind of expecting Henry to be a little overwhelmed or freaked out from having so much hooplah, with cameras in his face and weird boxes wrapped in crazy paper and his first bites of cake. But it was almost like he totally knew what was going on and was so sweet and game for the whole adventure. It was such a lovely little night. And then all of a sudden, I was a veteran mom with a one-year-old, who actually knew what she was doing. How does this happen?! Big thanks to the dolls at Shop Sweet Lulu for helping us party, and high five to m’husband for tag teaming the first year of parenthood. Hey, we didn’t screw anything up yet! xoxo

P.S. Don’t forget to pick up some festive supplies at Shop Sweet Lulu, and use code TINYFOY for 10% off! 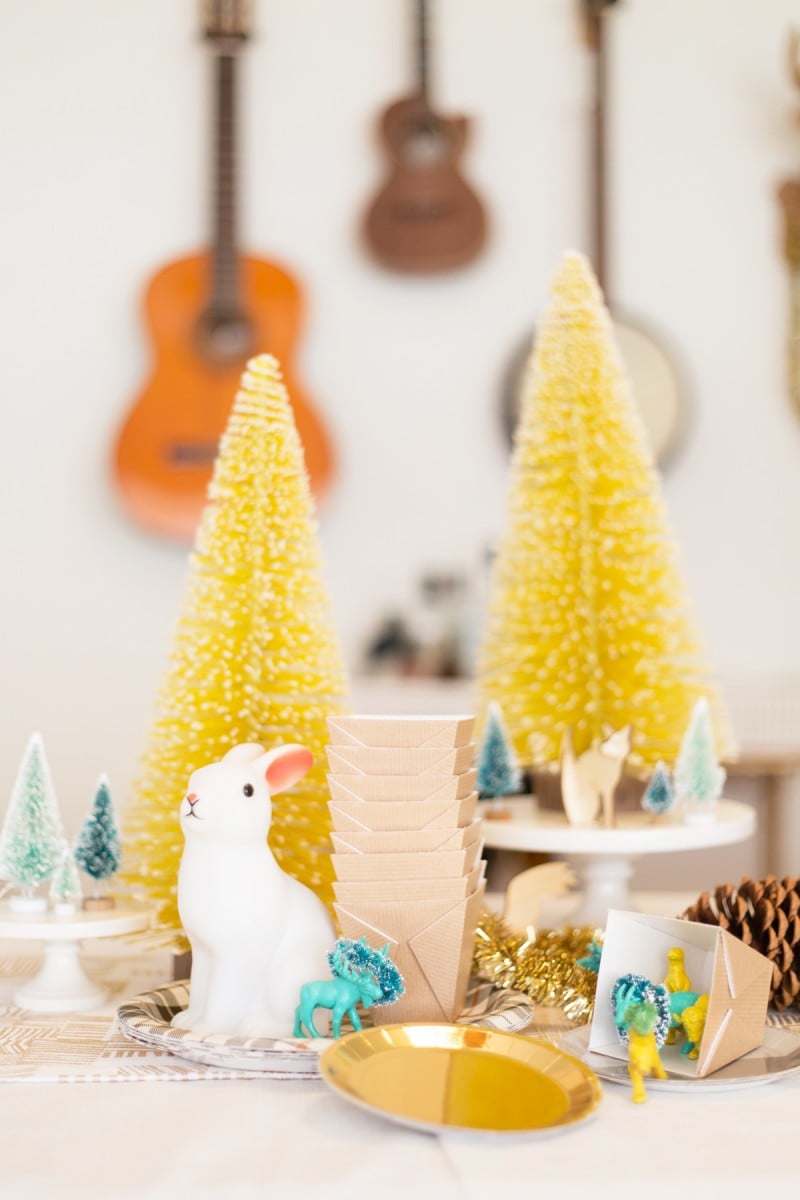 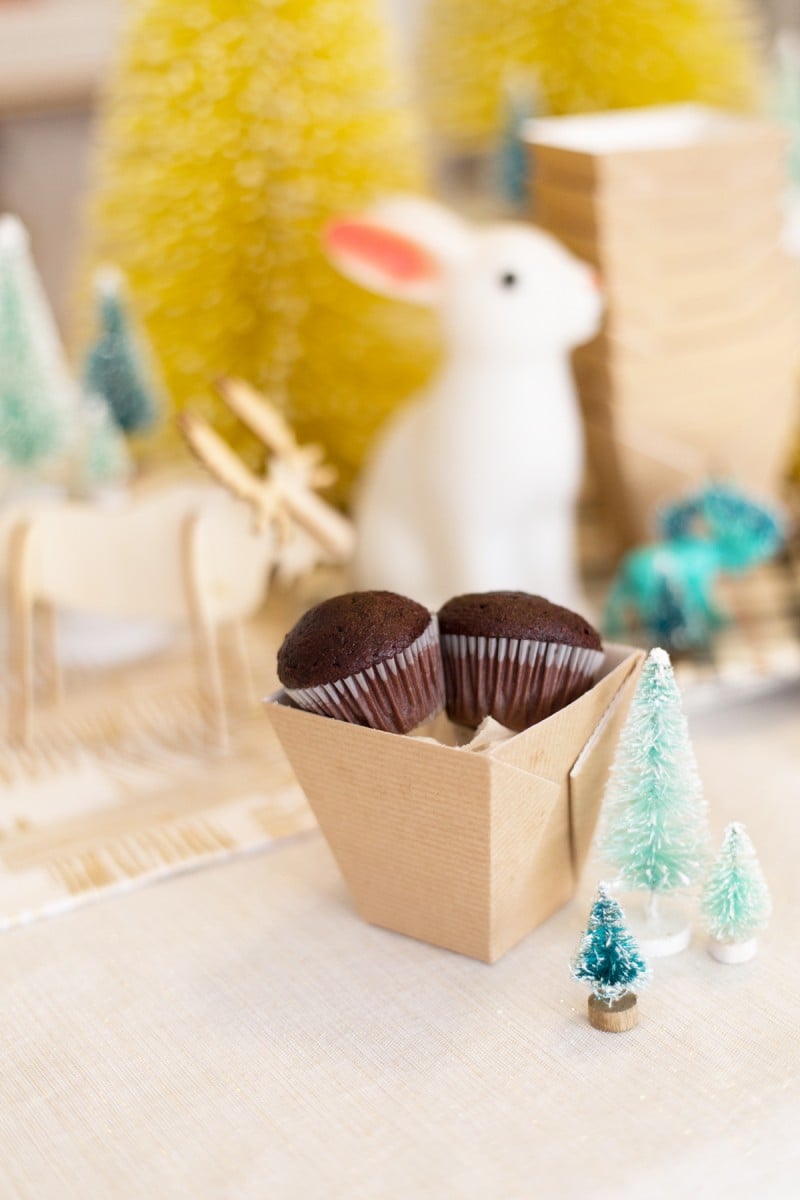 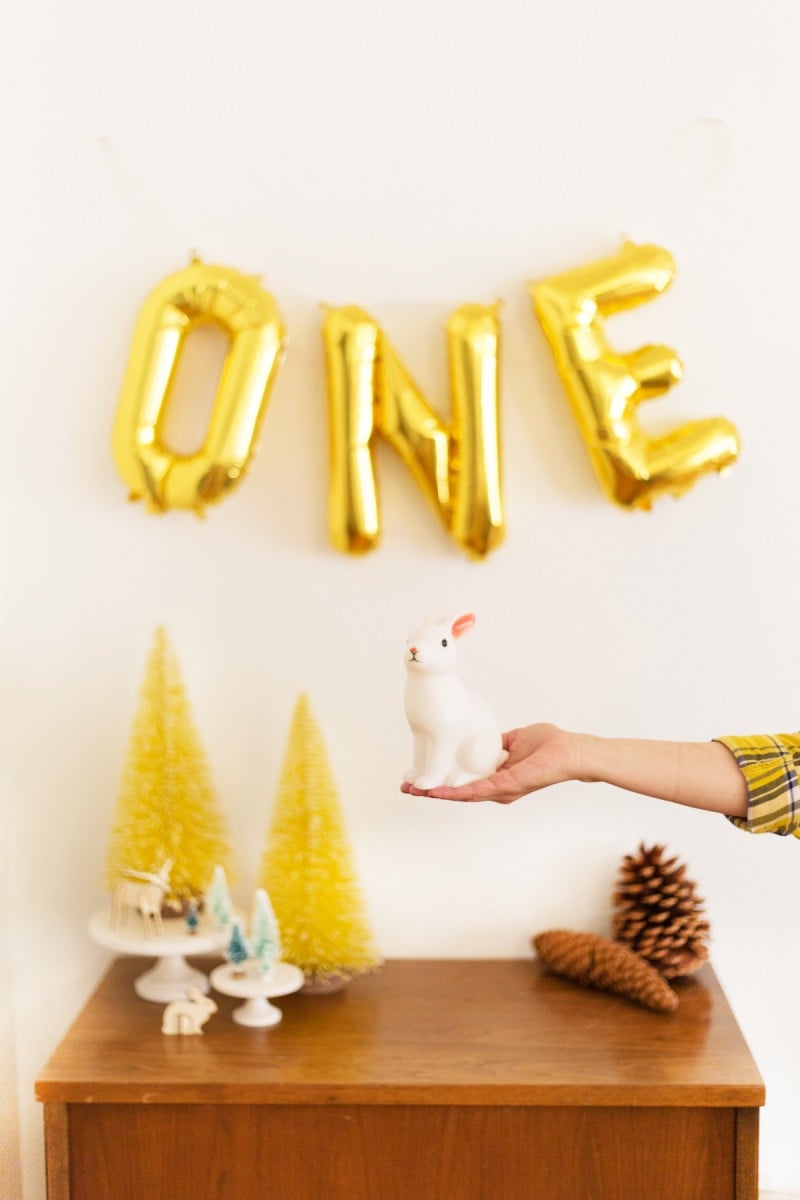