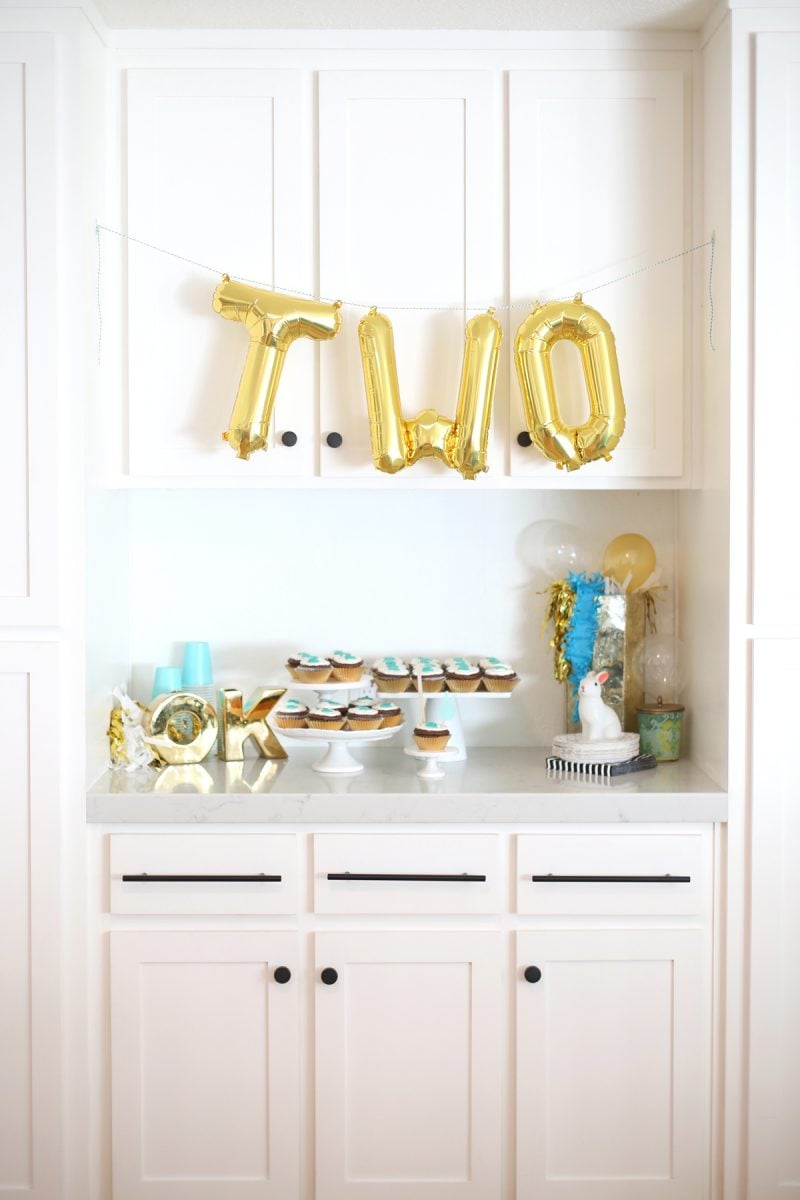 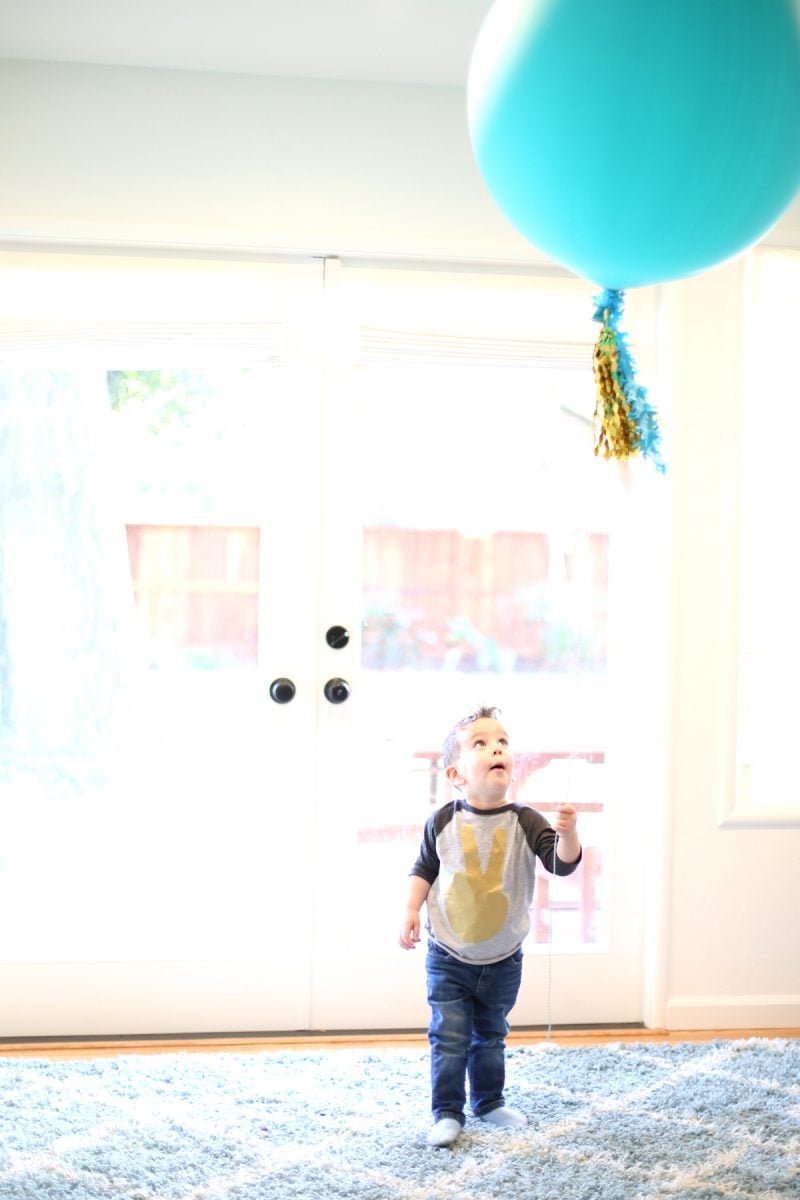 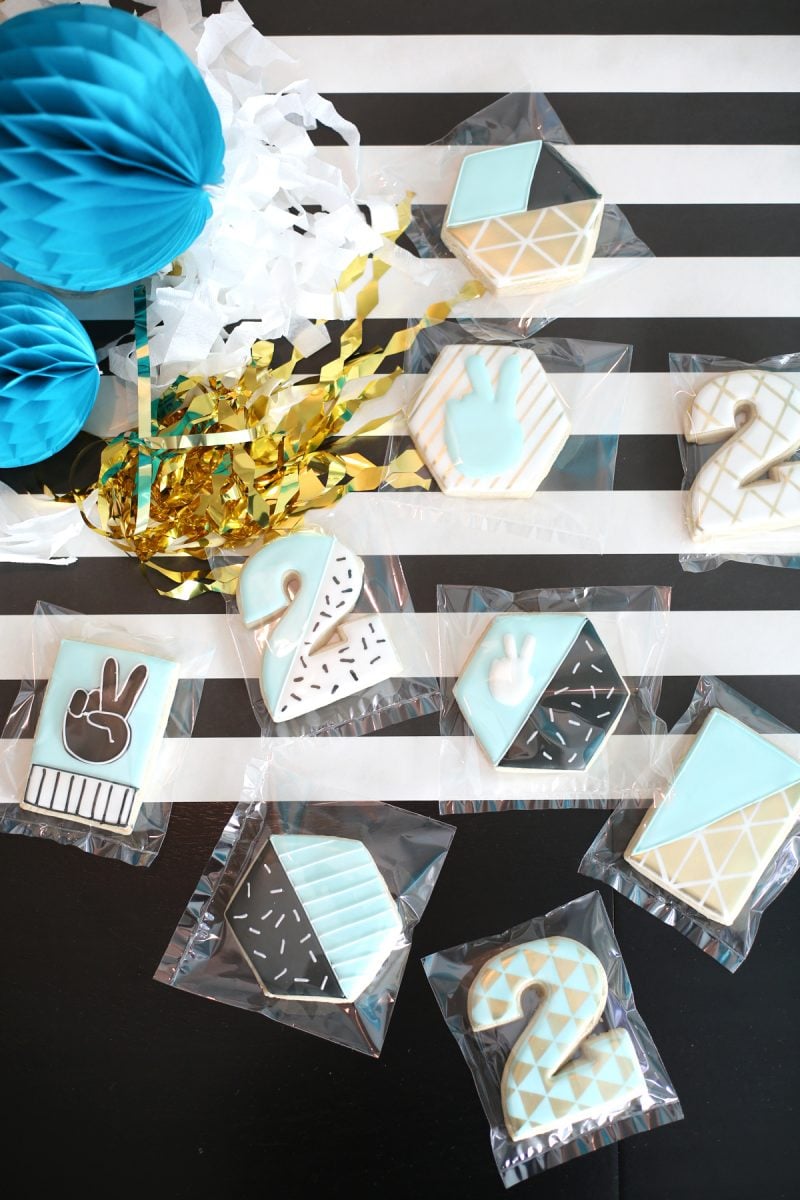 Surely there’s no way in the world that I have a two year old. Henry turned two on Tuesday and over the weekend we celebrated with friends and family. Thought I’d share some snaps from his party setup and a little update on this two year old dude!

These are the days, guys. These are the good old days. We’re in them right now, watching Henry grow up and become a person with his own quirks and idiosyncrasies. I was taking pictures while everyone was singing him Happy Birthday, and to watch his sweet little face just broke my mama heart apart. He was part proud that it was his birthday, part bashful that everyone was singing and looking at him, part happy to be with all of his friends and family, and part just ready to stuff a cupcake in his mouth. And when we told him to blow out the candles and he did it, actually blew them out by himself without any help, I was totally taken aback. This tiny person whose entire body used to fit in my two hands is a little boy now. And there’s no going back — he’s only going to get older and bigger and more independent. If there’s anything that’ll stop you in your tracks as a parent, it’s watching your baby sit in a chair all by himself and blow out his own candles. 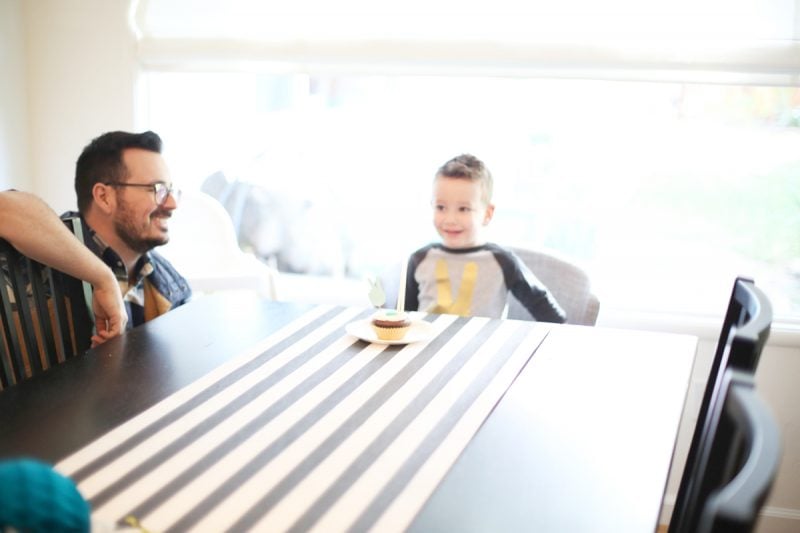 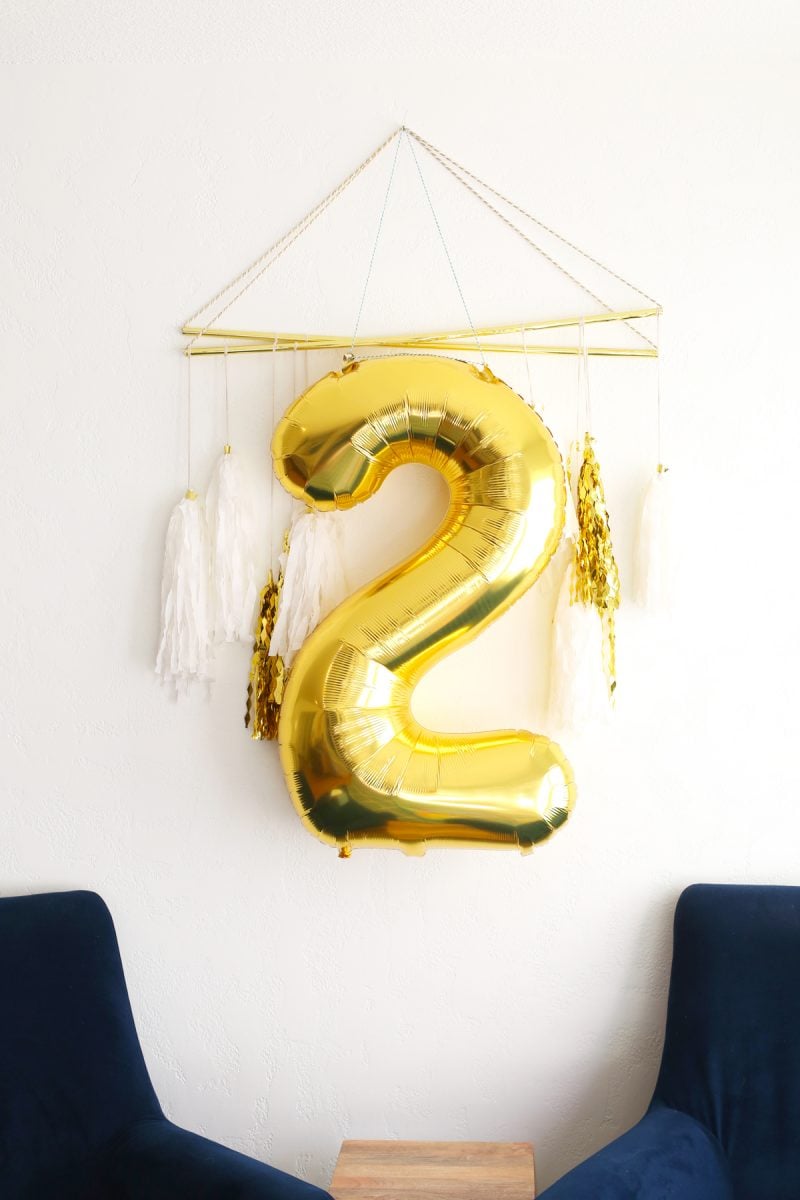 Before his birthday when we asked him what kind of party he wanted, his answer was always, “Cupcakes.” No Mickey Mouse, no Paw Patrol, no trucks or cars or any sort of theme — just… cupcakes. So there were cupcakes. And other than that, just a few balloons and some blue and gold touches here and there. We invited all of his little buddies over and let them run loose in the backyard and play with toys, and they all seemed pretty much content. I’m sure in the future we’ll have lots of party games and organized fun, but for now we’re still in those sweet days where you can just let a roomful of toddlers do their thing. We had some awesome cookies made by Bird Treats and sent them home with our guests. It was such a sweet, simple morning, and we wrapped up the party feeling so grateful for all of the people who surround Henry and are helping shape him into a little boy. 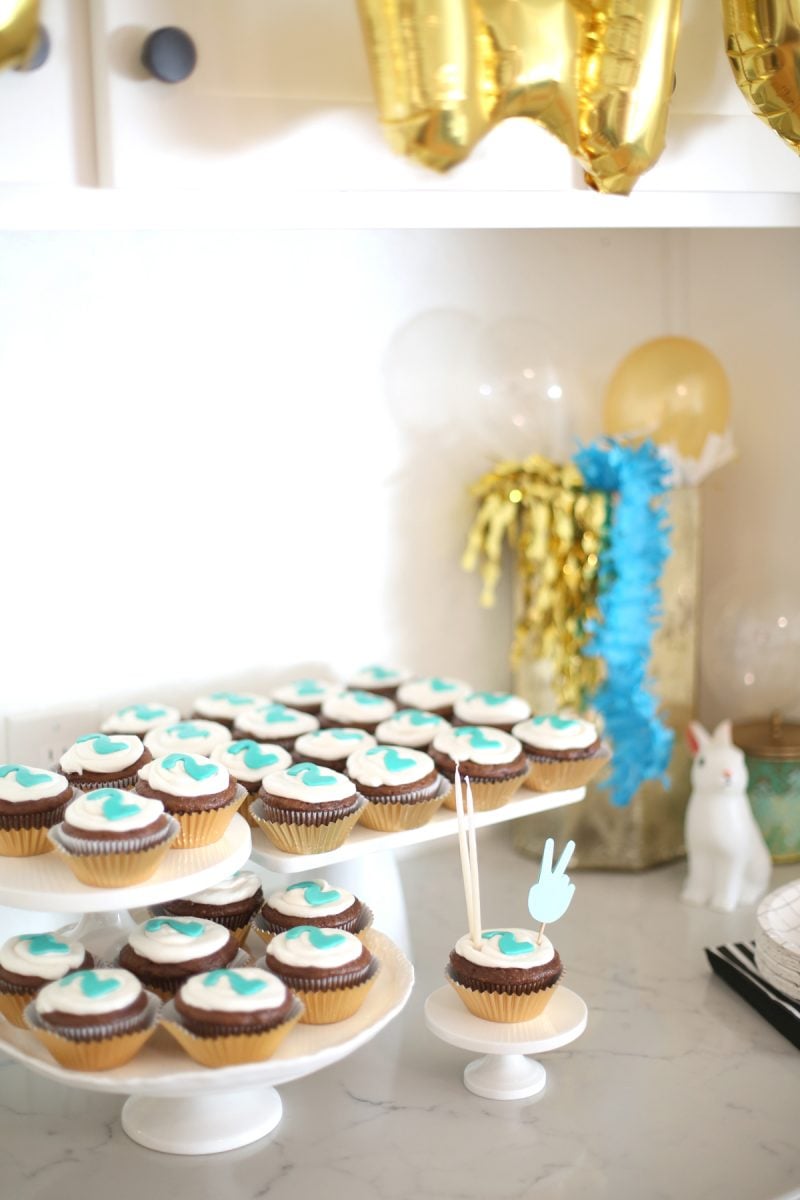 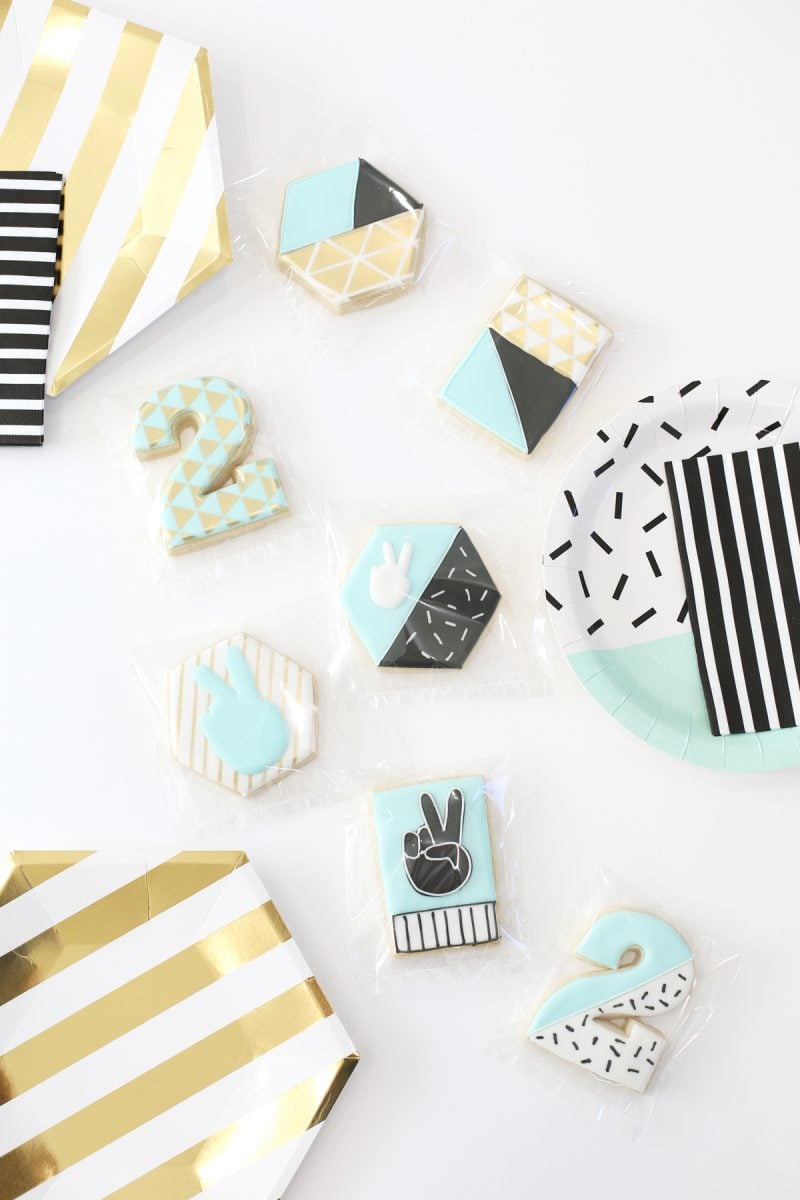 And if you’re wondering what makes ol’ Hank tick these days, here’s a little rundown. He loves to play. He wakes up and says, “Play all day?” After which he promptly tells you whether he’s wet or dry, and then asks where Maggie is. His best friend is his Mimi, and when she’s in the room there’s pretty much no use in trying to talk to him. He’ll read books with you all day. He gets upset with a change of pace — if we’re at home and need to go to Target, he’ll cry. Then when we’re at Target and have to go home, he’ll cry again. He asks questions about everything, and isn’t satisfied unless you give him a grownup answer. It’s like he knows if you’re making something up to placate him. We learned a long time ago that he’s a logical dude, and he likes to have things explained to him. Reasons for why things happen, and all that. He loves being outside and doing yard work with dad. He’ll bring his stool and stand by me at the kitchen sink and “help” me do dishes. He’s pretty easygoing with a side helping of strong-willed. And he’s a total jokester. This kid loves to laugh and be happy, which makes my heart swell.

So that’s him. And now I have a two year old and I have no idea how we got here so fast. I’m thankful every day for the ways in which this little boy is making me a better person, and I almost don’t remember our lives without him. What an honor it is to be a mama, you guys. xoxo

P.S. Henry’s 1st birthday party! And a backyard ball pit that’s the hit of every party we throw. 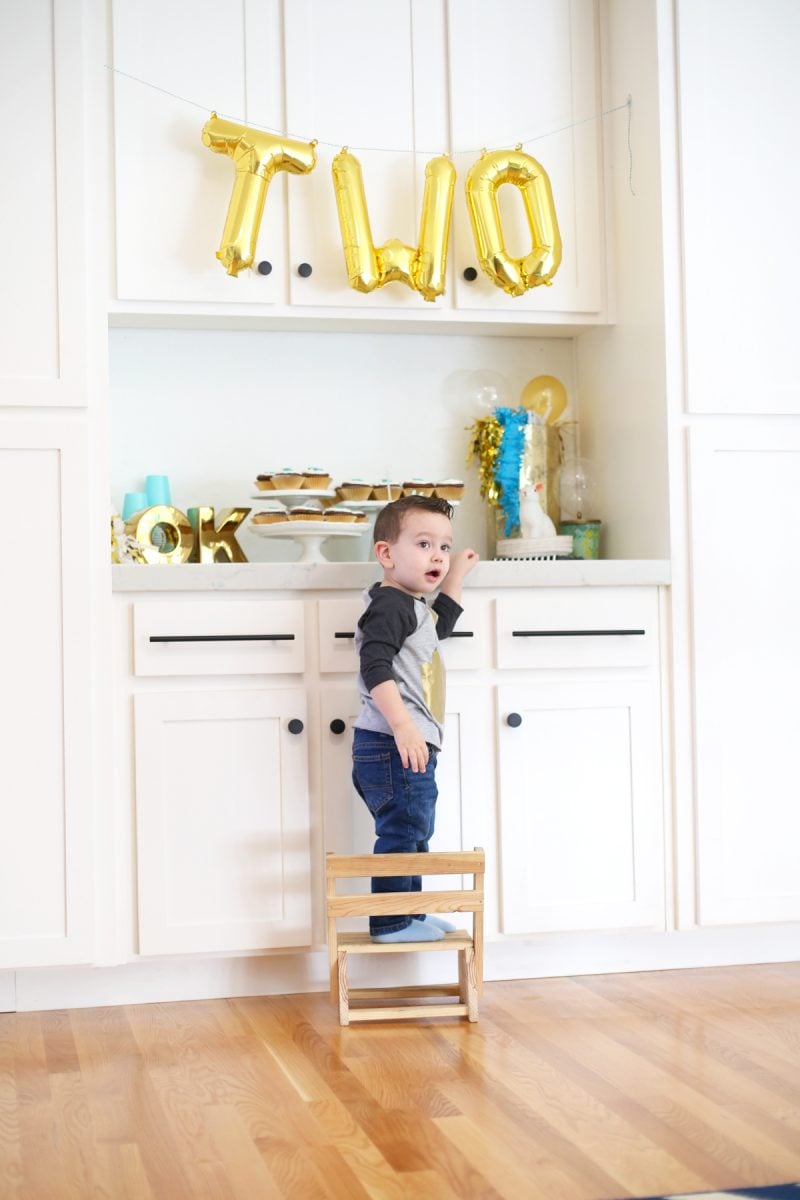 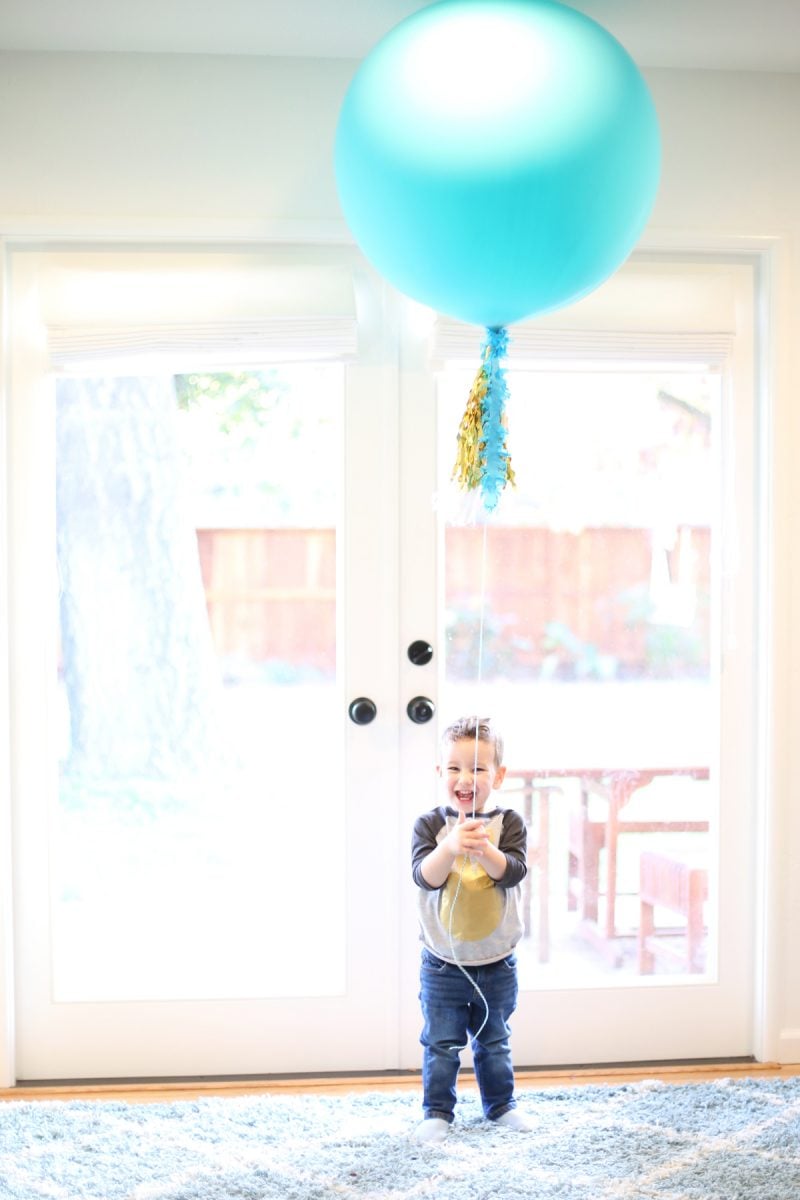