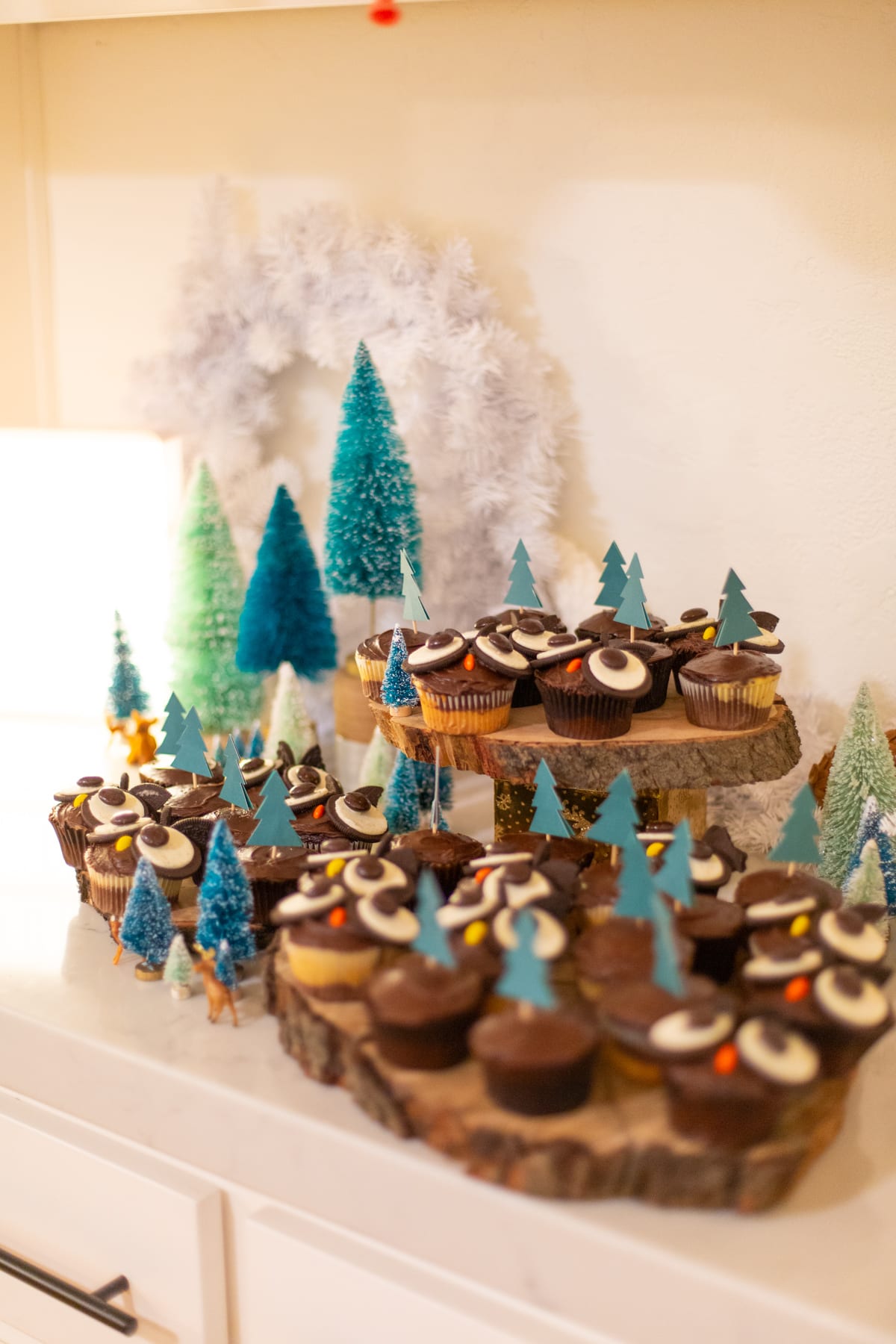 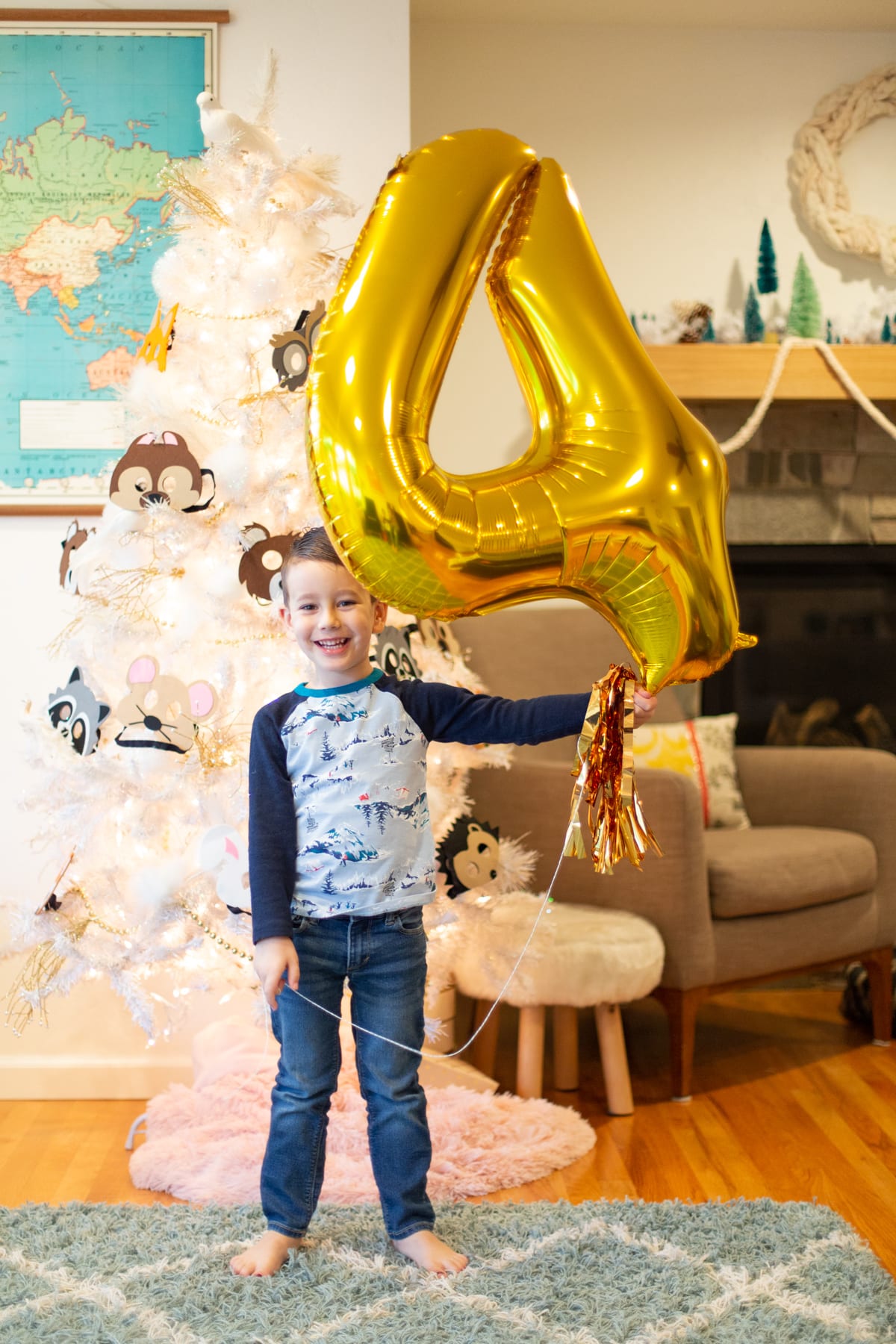 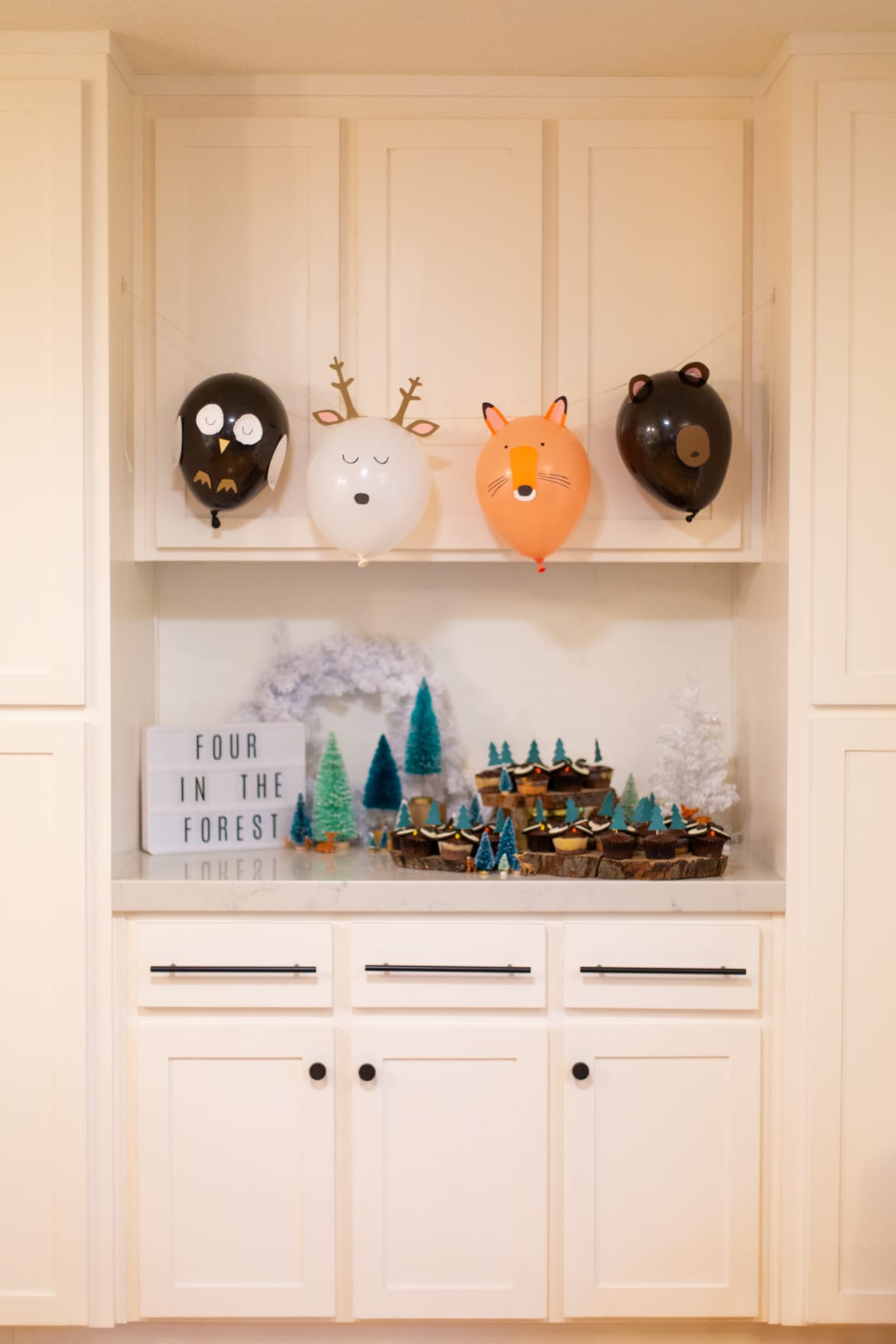 My boy is four. I don’t know how it happened, but it did. Four is a beautiful thing so far, and we’ll get into more of an update on that another time. But today, we’re sharing the party that this little dude requested: forest animals. Not superheroes, not Legos, not Star Wars. Forest animals. When he came up with that idea all on his own, my dang heart melted. And we went for it.

The things he knew he wanted were forest animal masks

for everyone, and a piñata. He was pretty specific about that, so we covered those bases and then I filled in the blanks. We decided to have a wintery forest vibe and have everyone decorate mini gingerbread houses

, which was a HUGE hit. This this kit

I assembled the mini houses ahead of time with hot glue. HIGHLY recommend this, but be sure to warn the other parents that they’re not for eating. I mounted them on little slices of wood that my dad cut for me so that we could easily pick them up and move them once they were decorated. We set out a bunch of candies and each kid got a ziplock baggie filled with this frosting

(cheap and works great!) and a tiny corner cut off so it was squeezable. They did this for almost an hour! Lots of kids did duplicates, so if you try this, make extra. 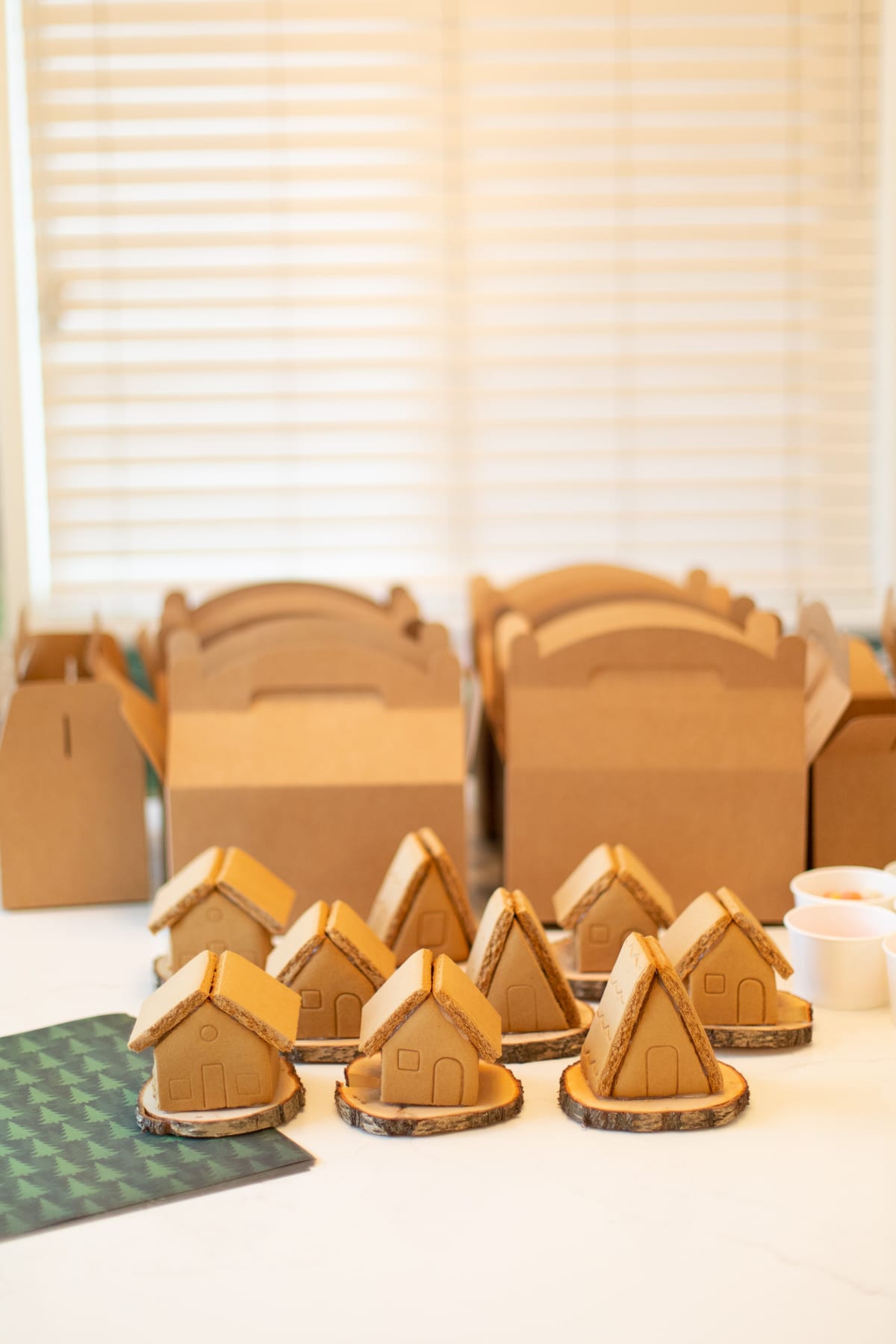 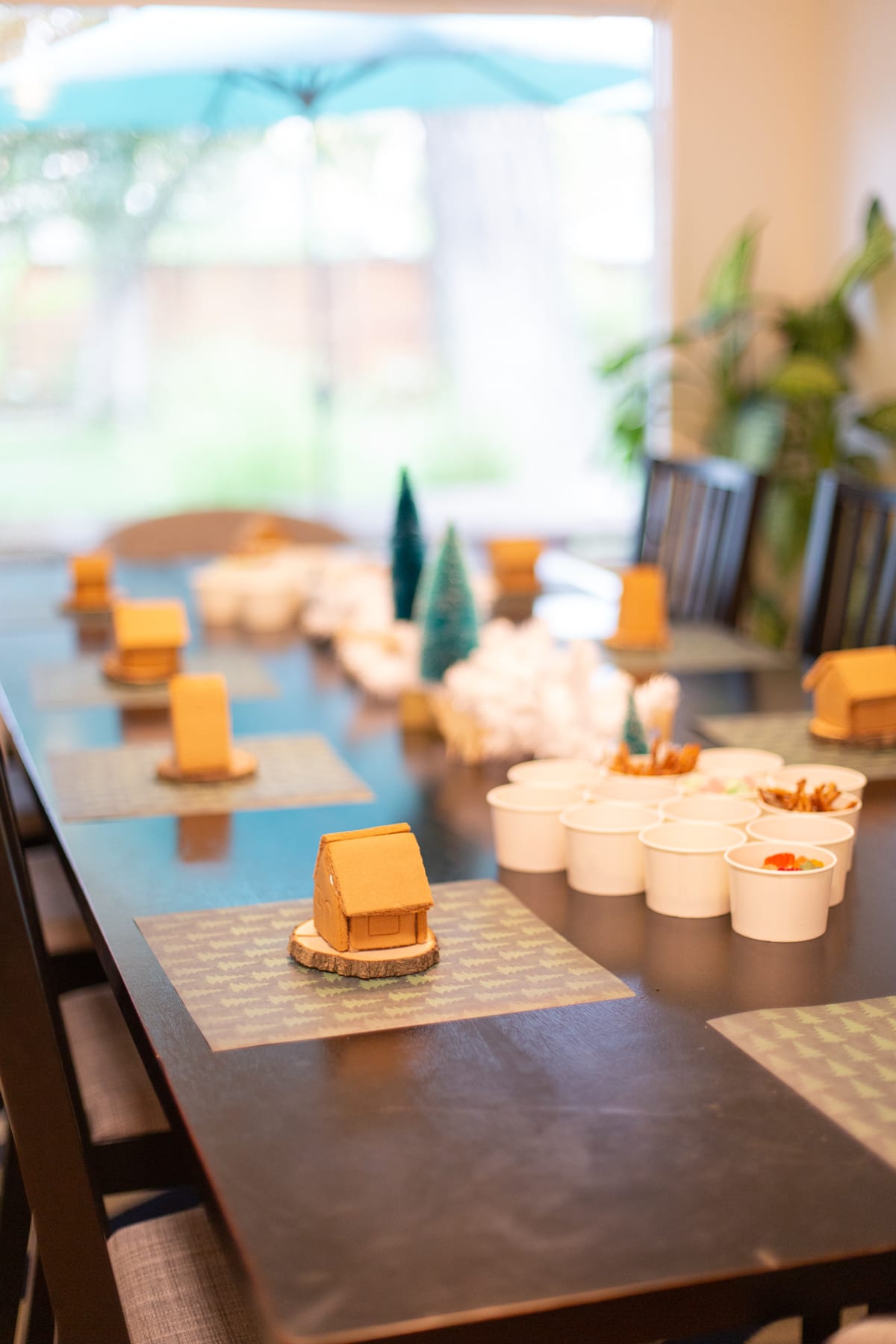 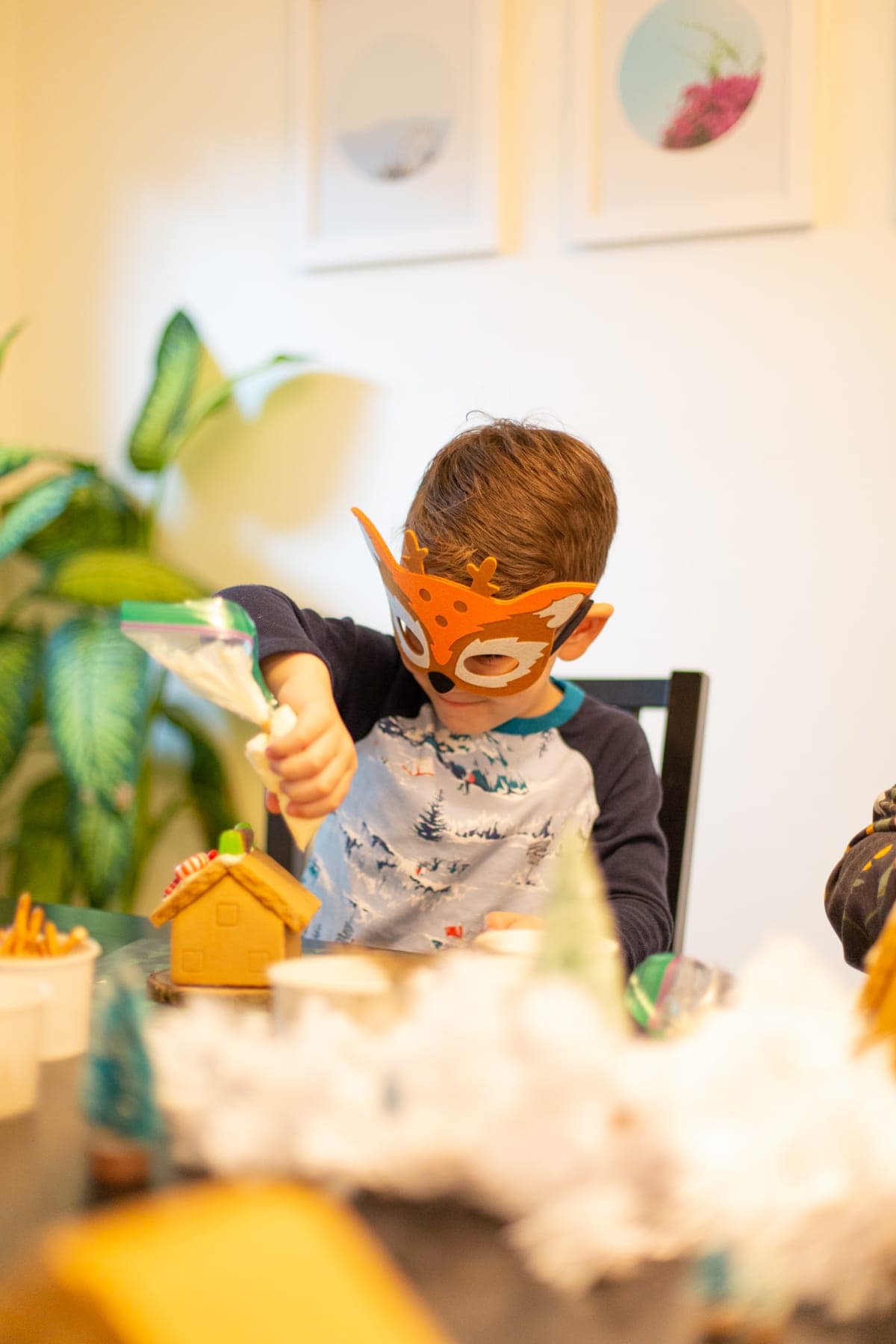 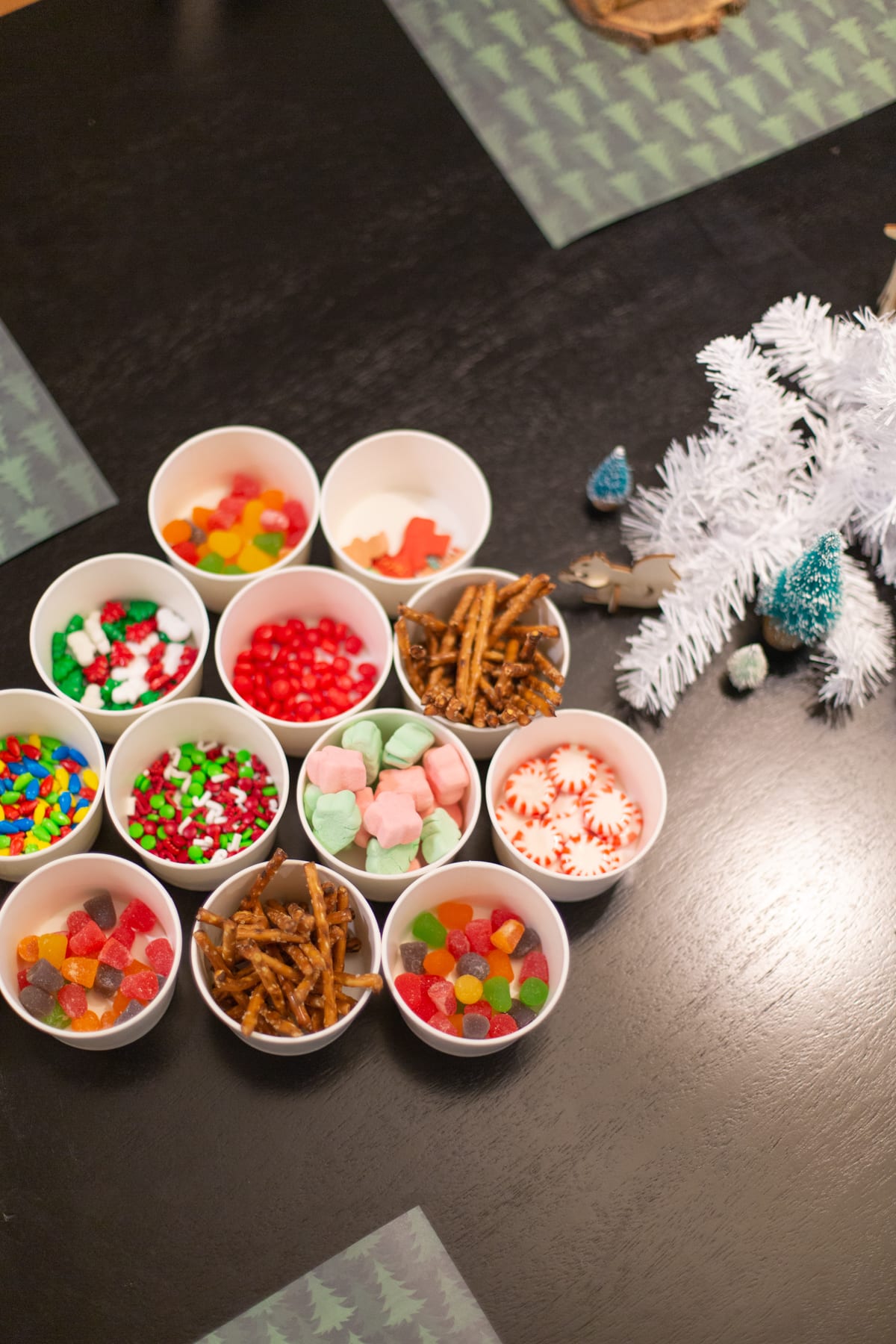 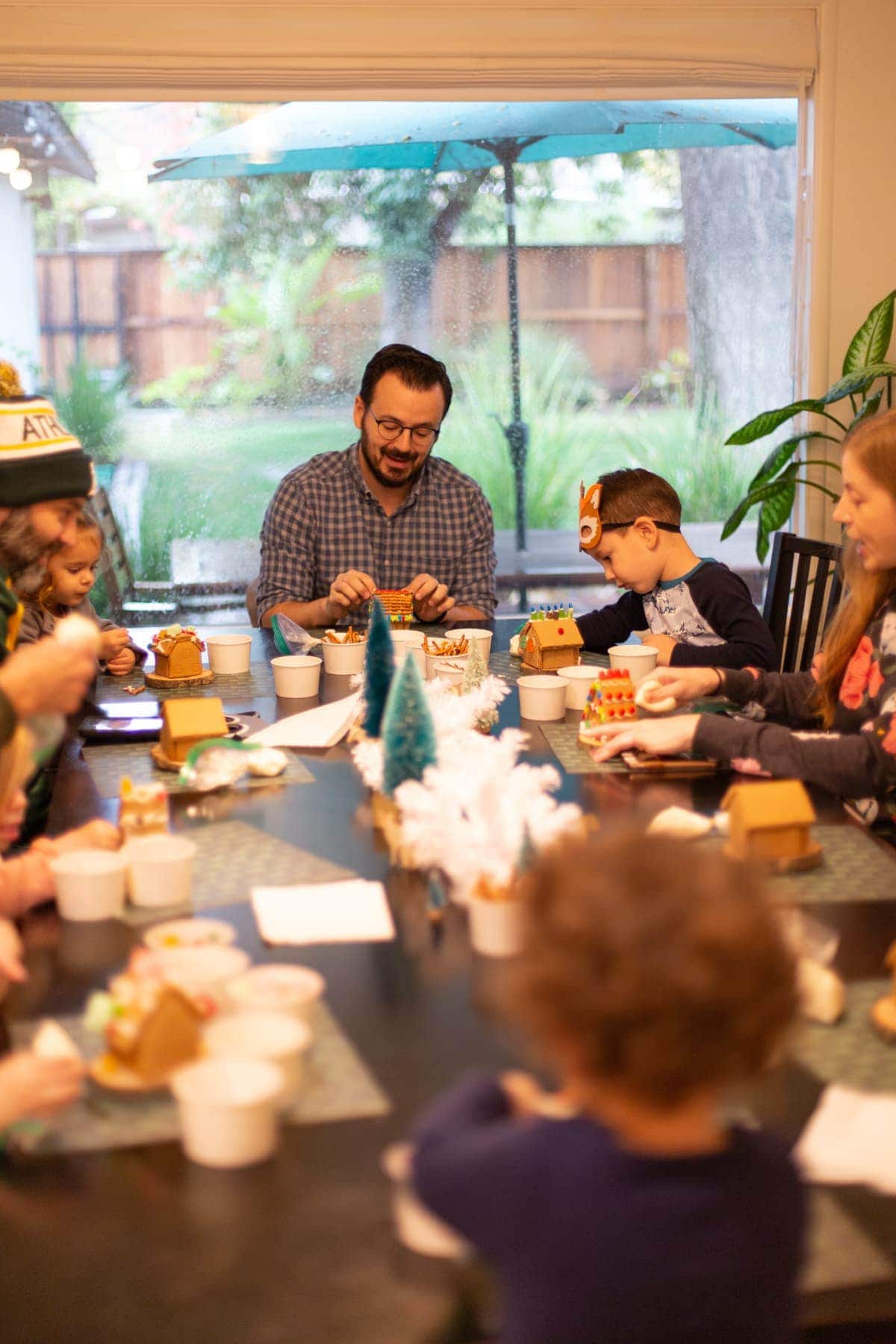 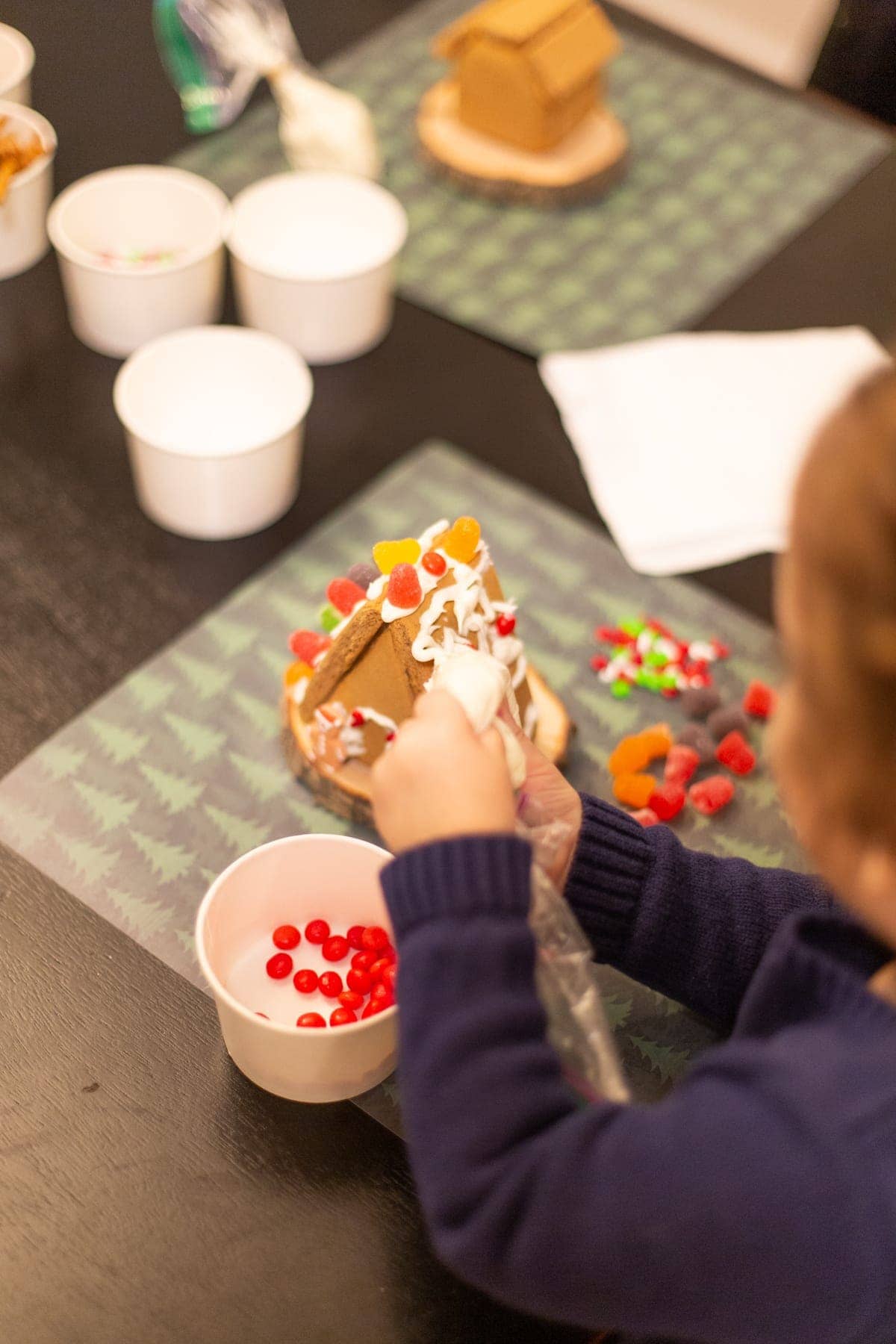 ready for people to take home their creations without smashing them.

After that we had lunch (we went easy and had one of our fave sandwich shops cater), followed by some serious piñata action! We have a whole tutorial coming up for the bunny piñata, because it worked perfectly. I know there are lots of piñata tutorials out there, but we actually USED this one and the kids broke it open. We had it full of candy and toys (compasses, finger puppets, animal figurines, and bouncy balls). I made each kid a bag with his name on it using this deer stamp that I carved years ago so that they could collect their piñata goodies, and that served as their party favors, along with these animal masks and the gingerbread houses. 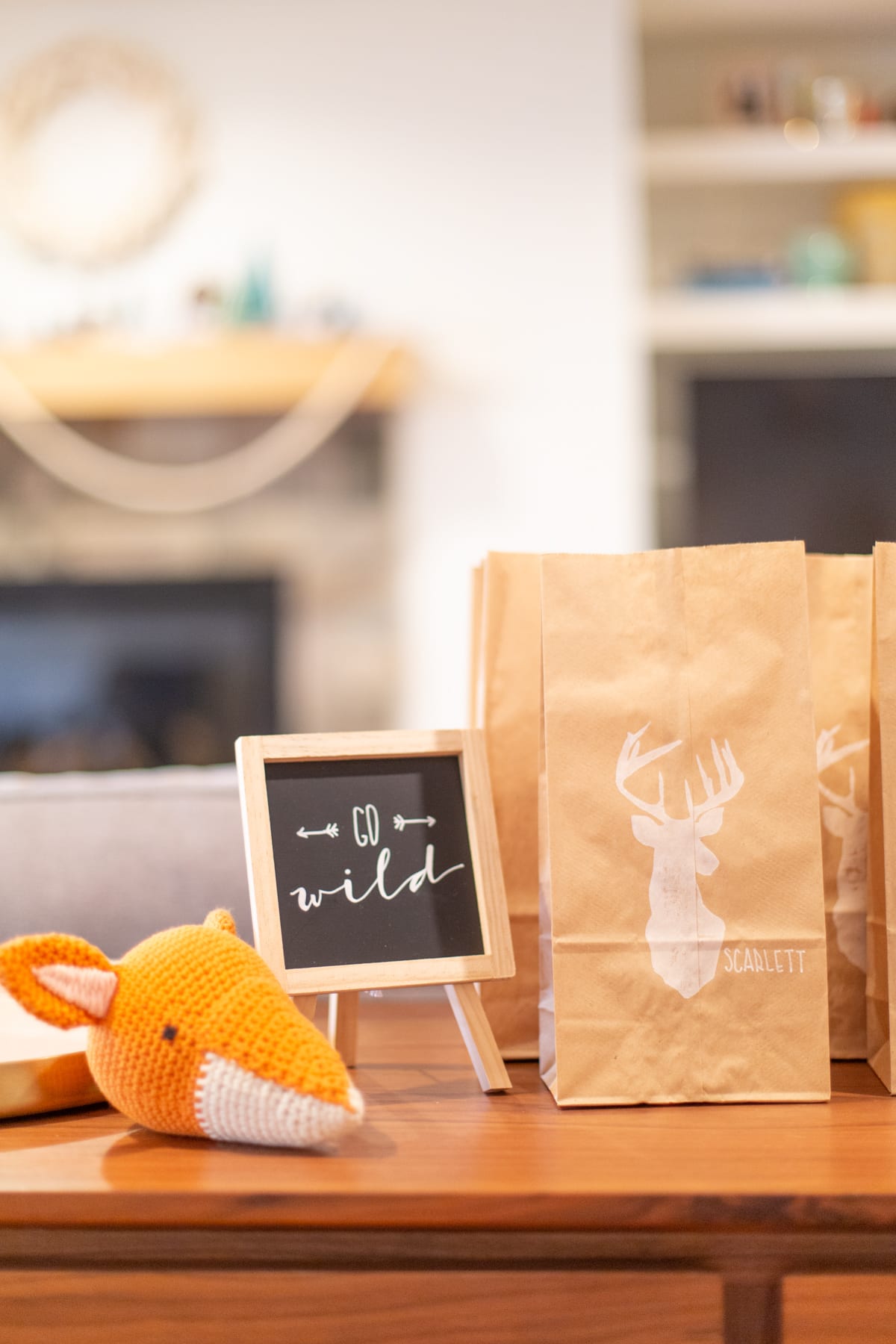 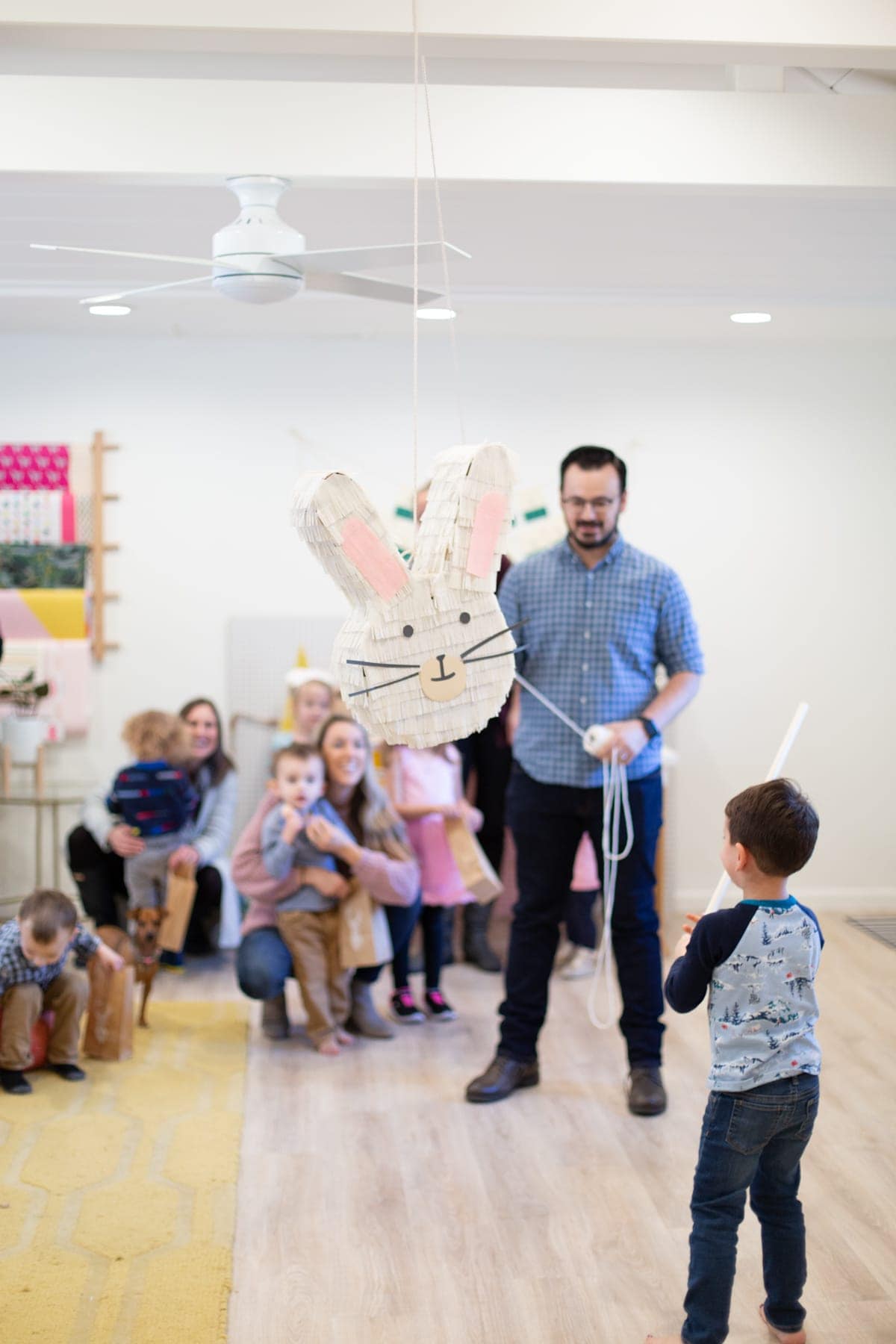 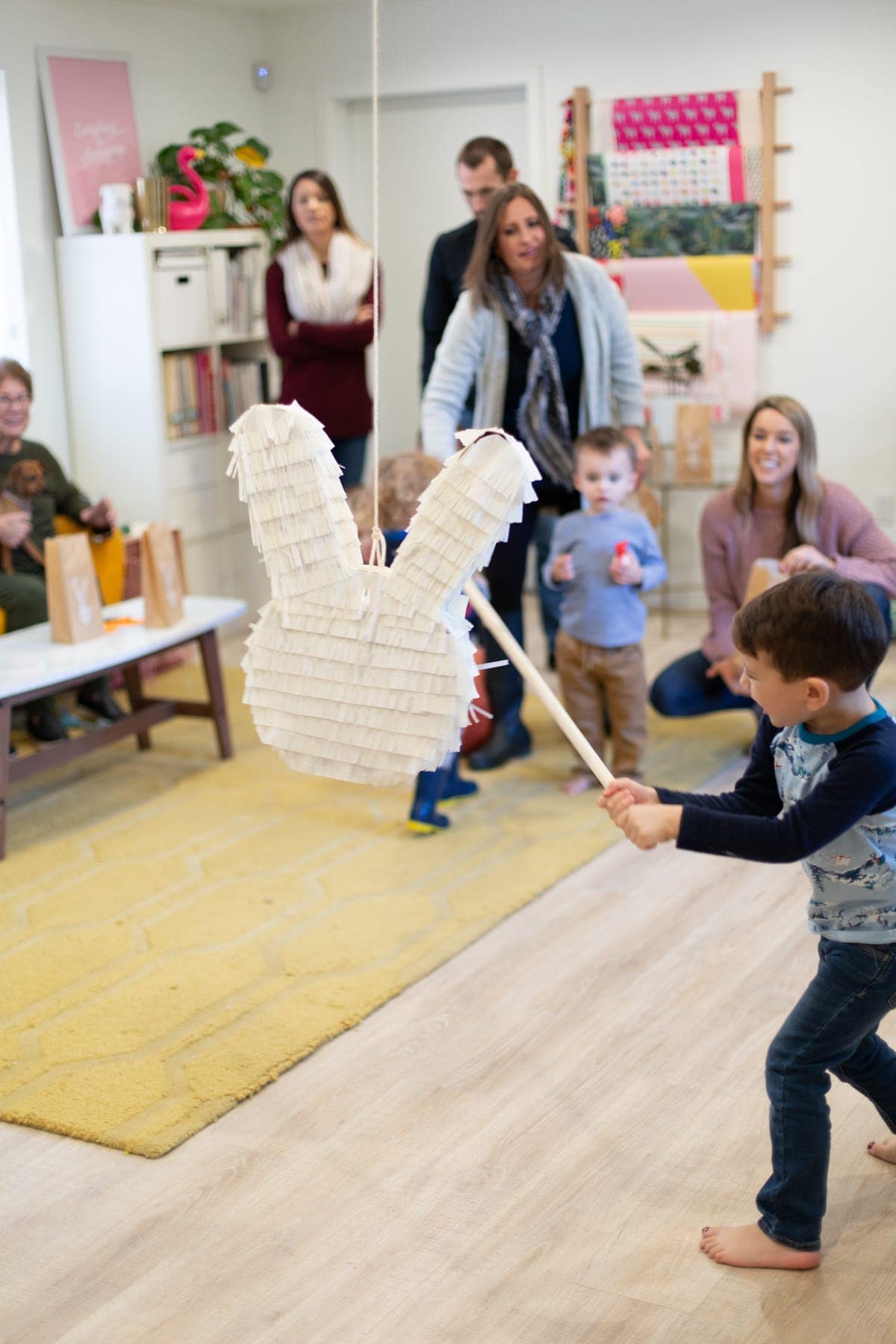 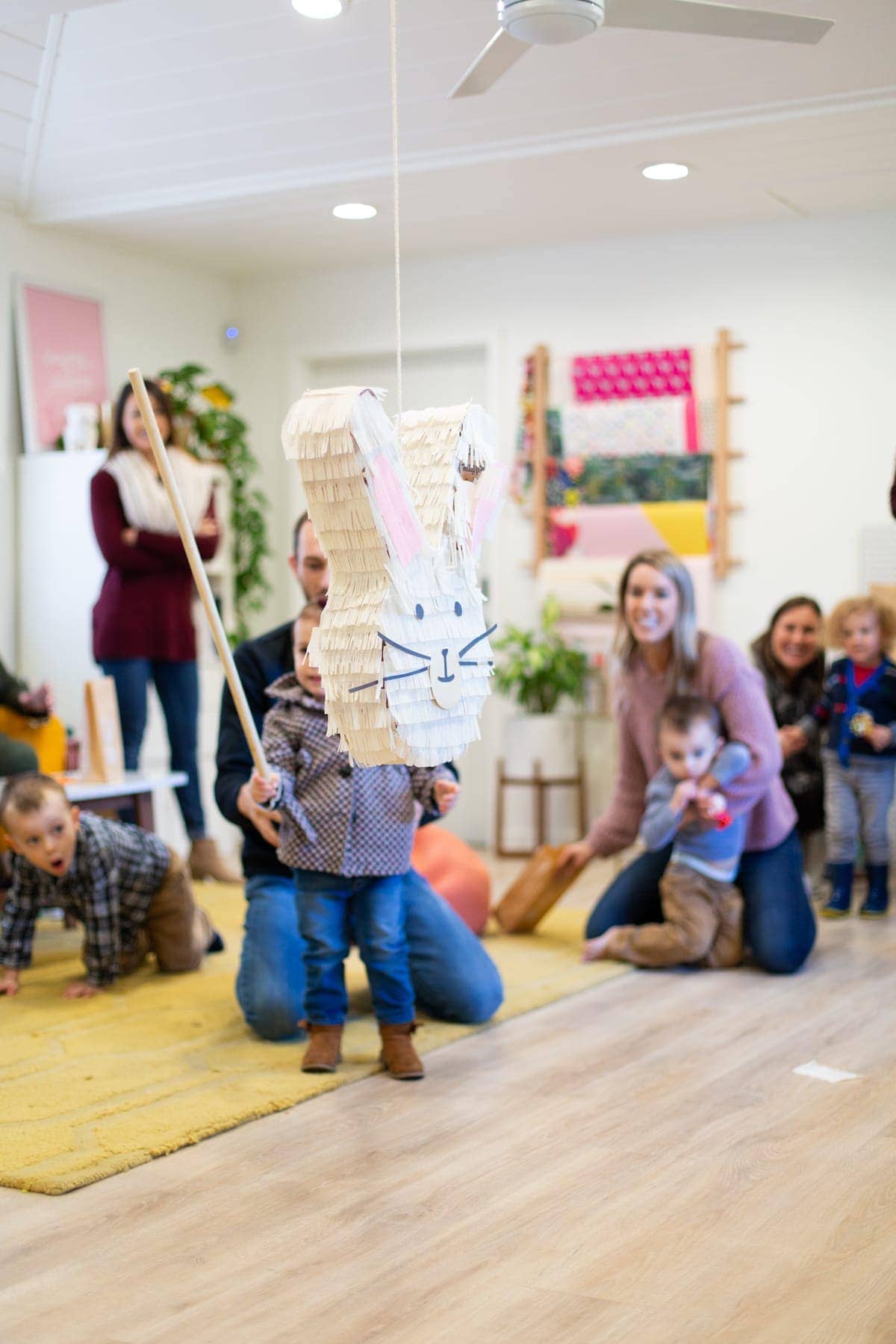 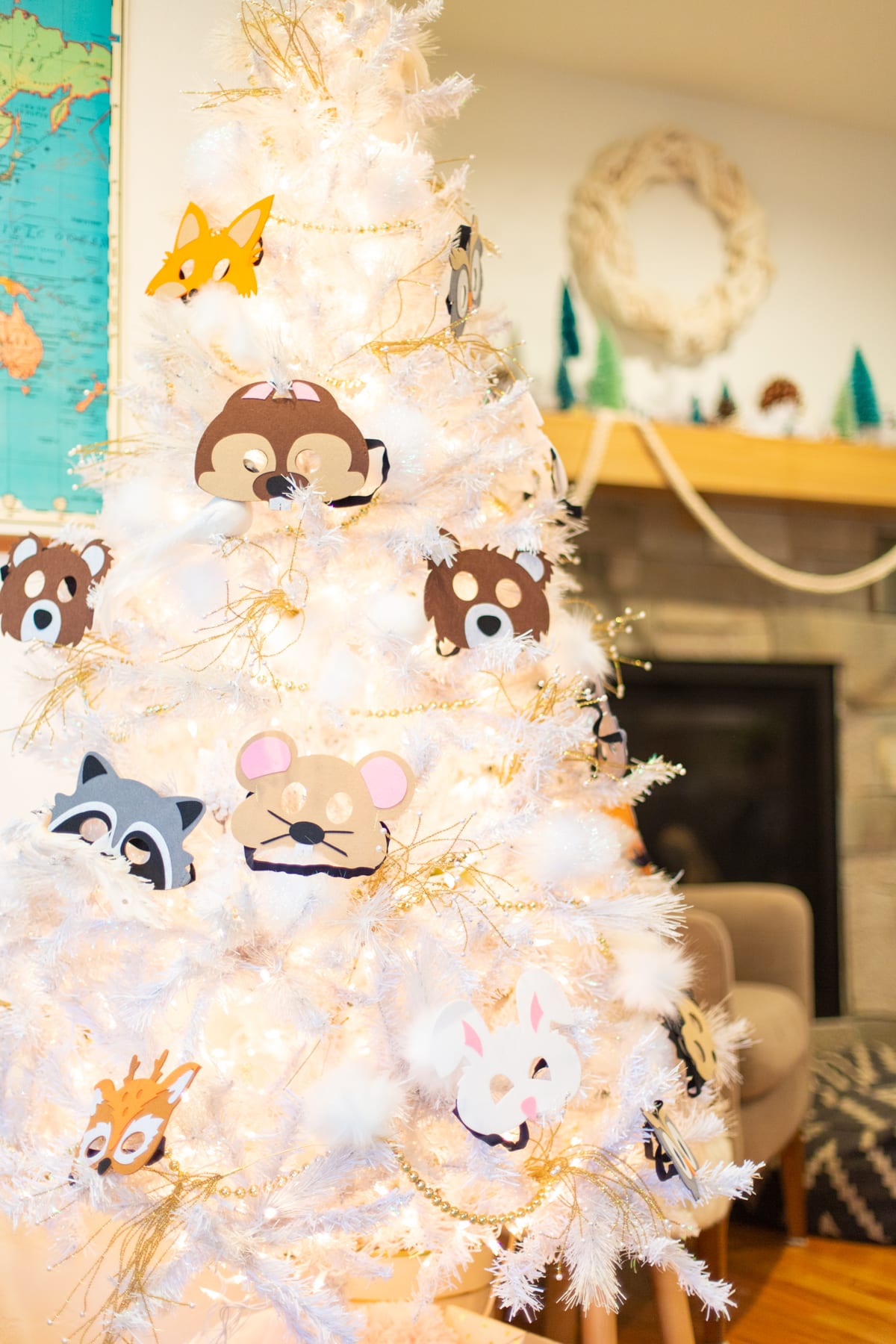 The masks, by the way, we’re set up on our Christmas tree for the kids to take and play with. Our house was half decorated for Christmas so I thought it was best to use what we had! Lots of kiddos got their mask and kept it on the whole time, which was pretty adorable.

We sang happy birthday and snacked on these owl cupcakes (Oreo eyes, Junior Mint pupils, orange or yellow M&M for the beak), another request from the birthday dude. I also added some little tree toppers to some of the cupcakes. If you want to make those, just cut two trees from green cardstock, stick them together with a large glue dot, and insert a toothpick between the two trees. 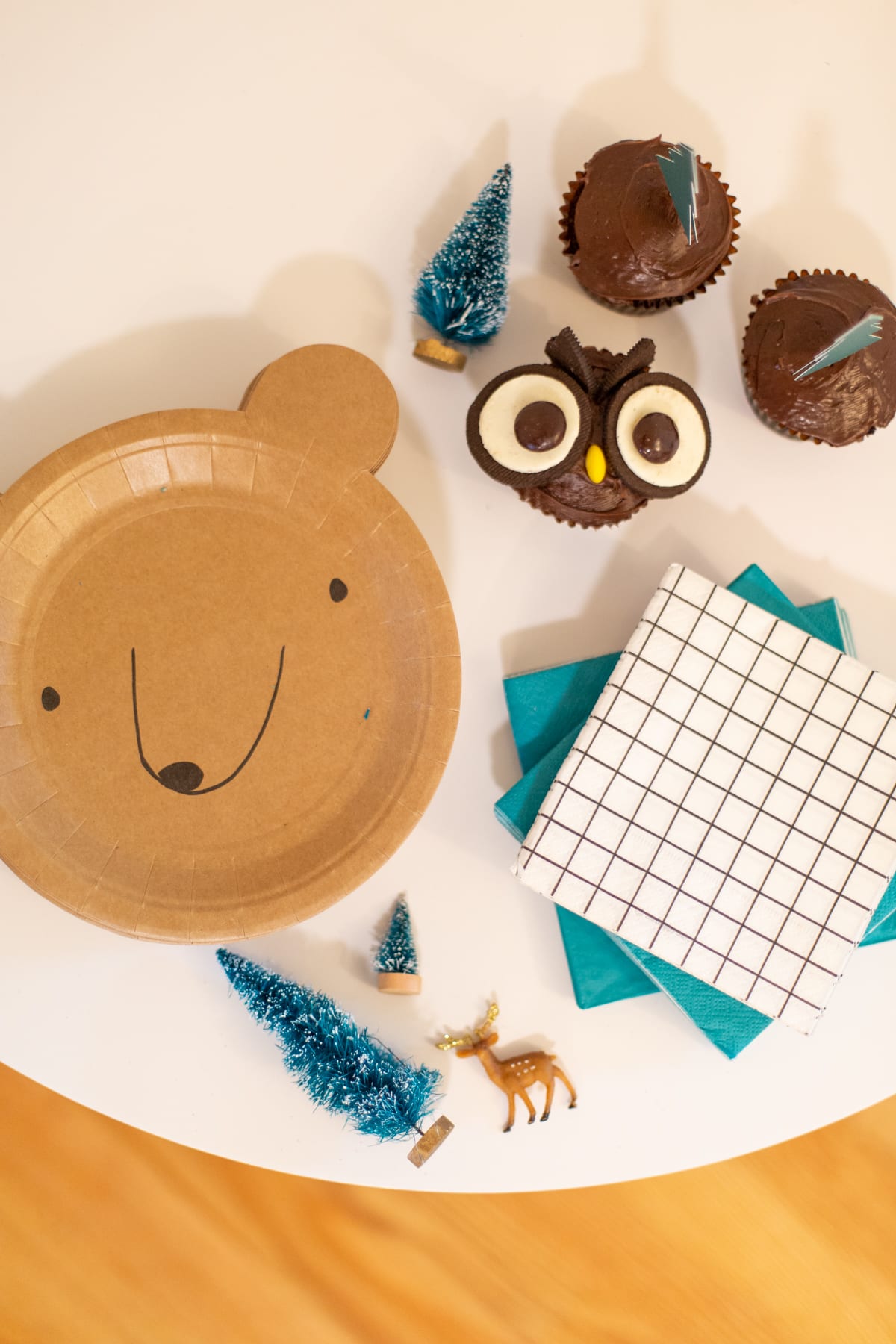 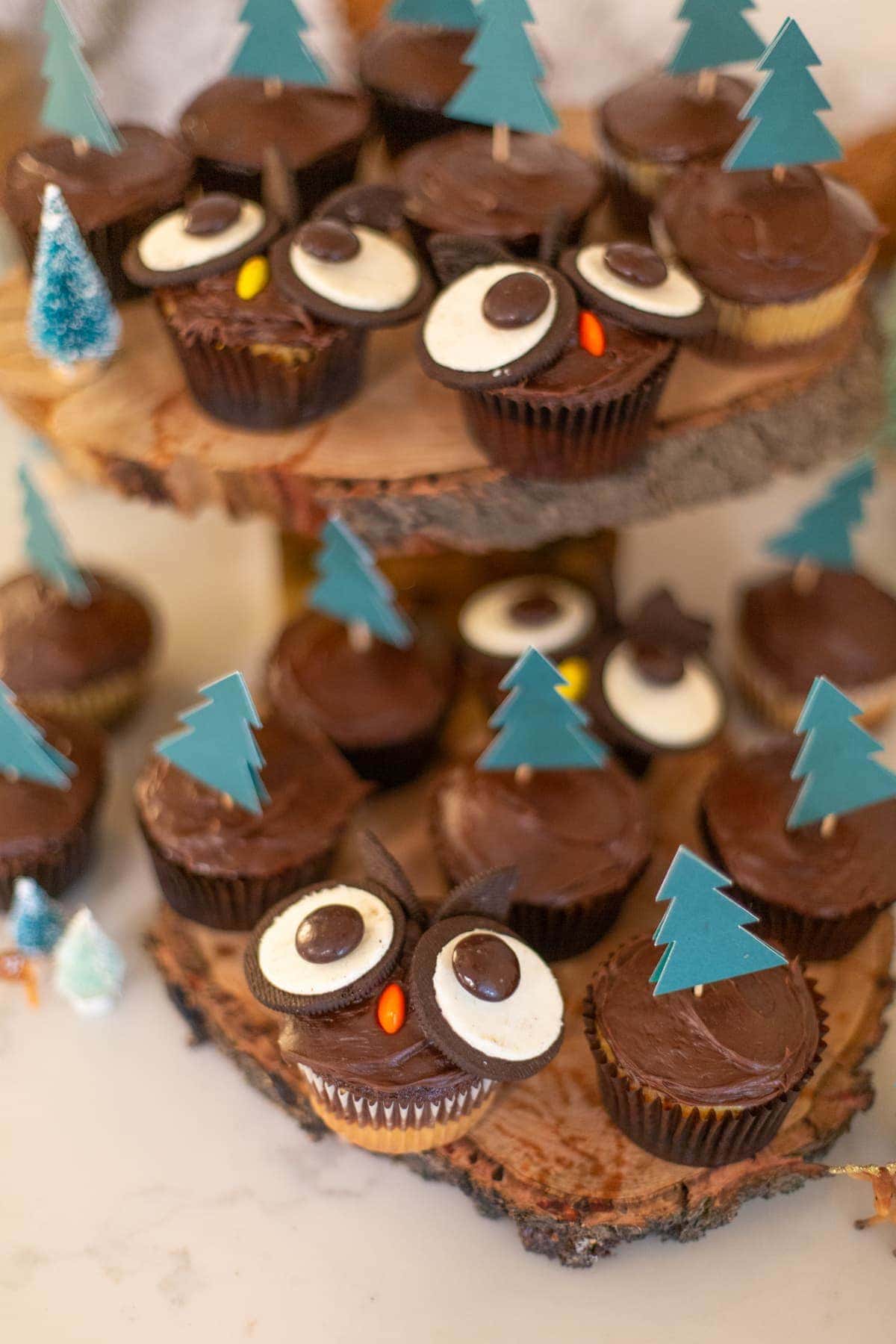 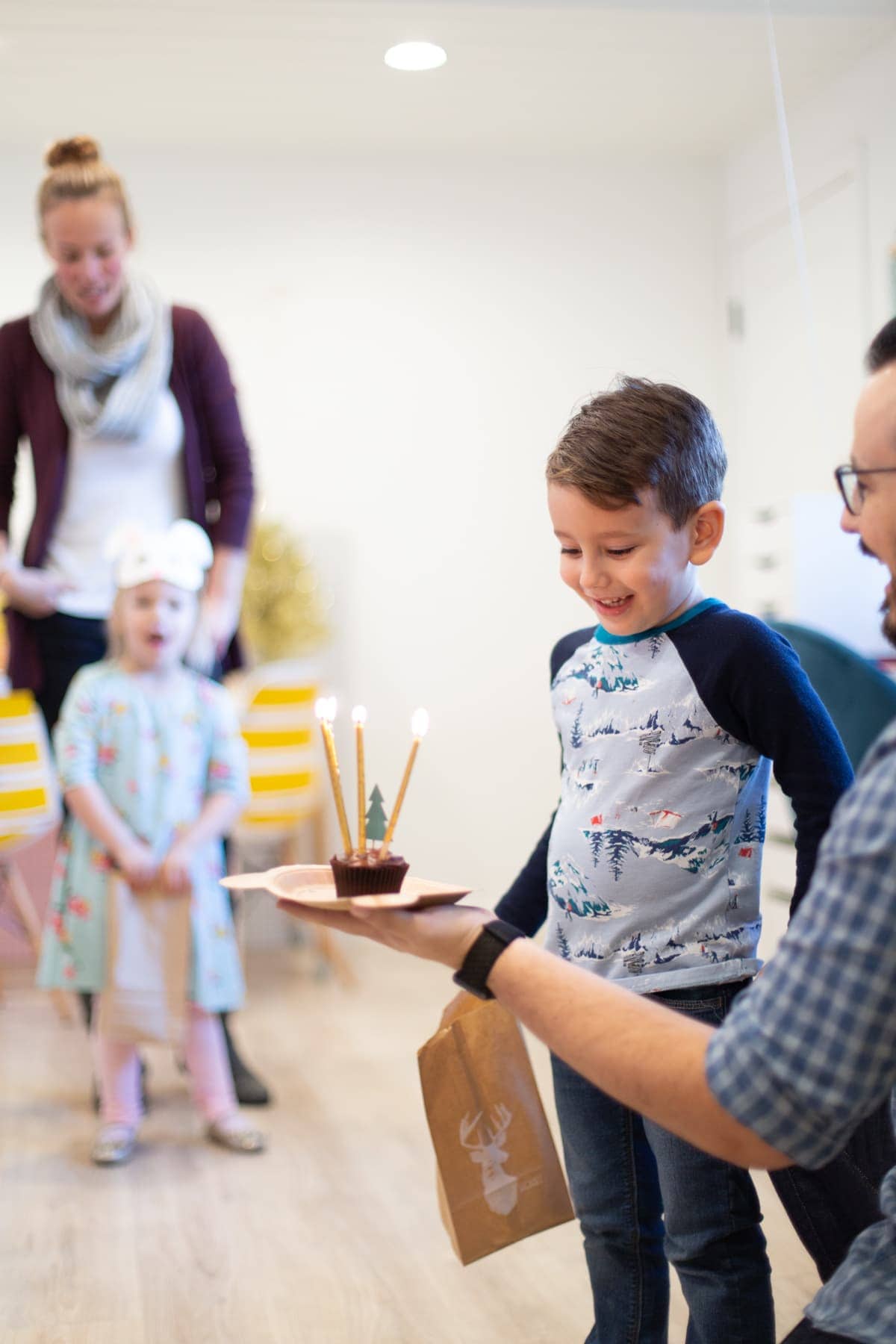 It’s funny, because it was a gloomy, rainy day, and the photos that we got of the party aren’t necessarily the quality that I’d usually post on the blog because the light was bad. But the day was just too sweet not to share, and Henry’s face was lit up every single moment. He was SO happy. I’ll never get tired of putting together parties for these kids of mine. The days are long but the years are short, and I truly can’t think of something more worth celebrating than another year of their lives. Even if it means glueing together 20 mini gingerbread houses. Happy birthday, Henry! xoxo