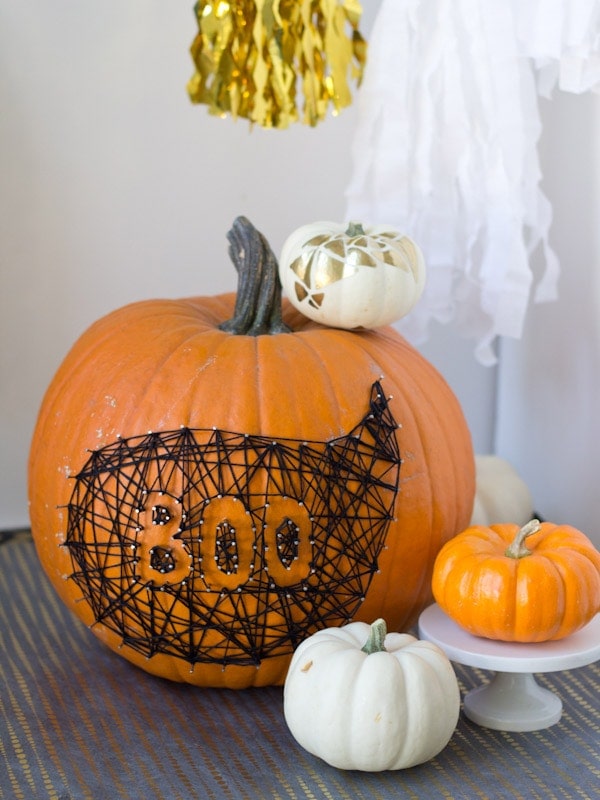 The Free People store in my neighborhood has had the coolest string nail art on the wall this season, and I’ve been really wanting to try it out on something. So my poor pumpkin became a pincushion for the good of us all. Actually, he was pretty chill about it. This one is easier than it looks, so let’s get crackin’!

Begin by lightly sketching a design on the pumpkin. I kind of wanted it to look like a thought bubble, so I did the little swoopy bubble with words in it. You can make whatever your little heart desires.

Push nails into the pumpkin along your sketched lines. The more detailed or curvy the lines, the more nails you’ll have to use. For straight lines, I kept my nails about a half-inch apart. If you need the hammer to tap them in, do a test run first. It doesn’t take much pressure. Also, be ready for the pumpkin to ooze a little bit of liquid at each nail hole. Just let it be or clean it up with a paper towel. 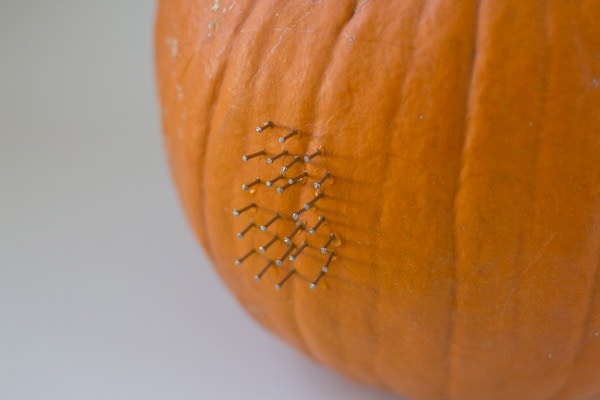 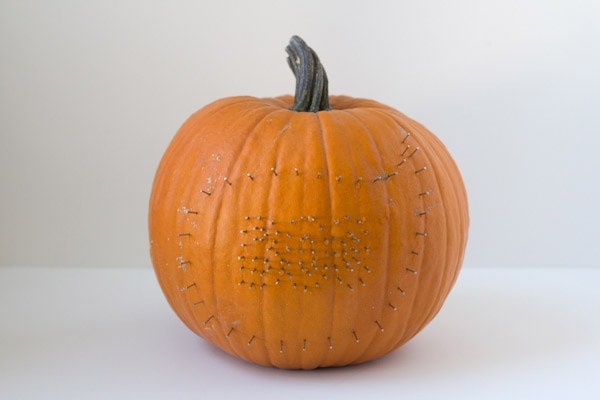 Tie one end of a long strand of embroidery thread to one of the nails and hide the knot. Begin to work your way around the design, stringing the thread between nails. 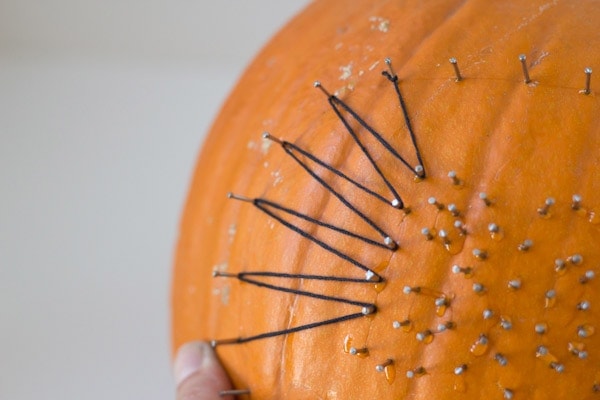 Keep criss-crossing the thread at random, being sure to outline the design at least once for definition. It helps to loop the thread all the way around nails rather than just around one side of them. When you’re done, tie another hidden knot around one of the nails and snip the end. 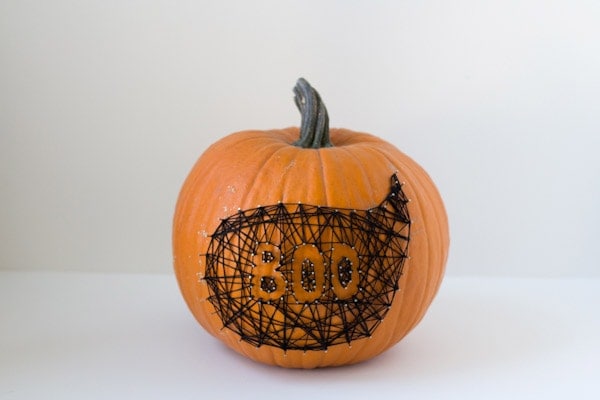 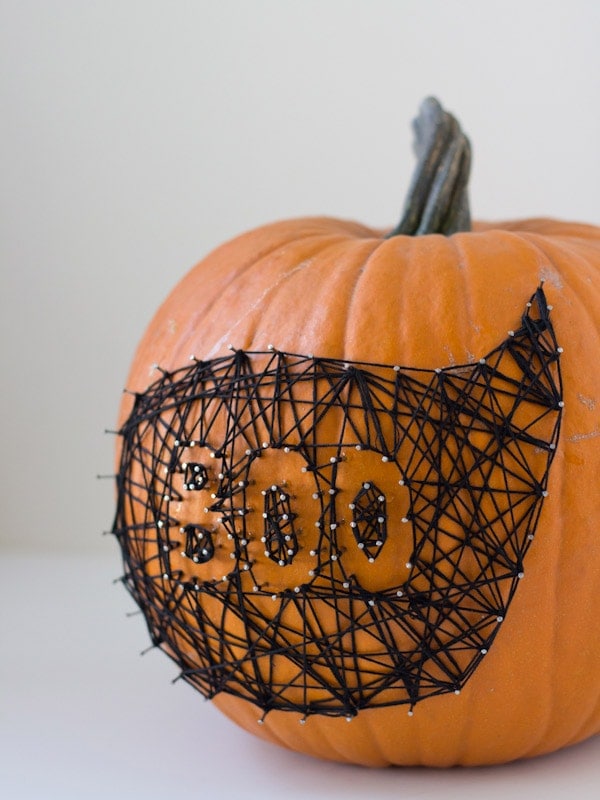 This thing was oddly therapeutic to make! It’s a really fun one to see come together once it takes shape. I put one of these little guys on top of it so it looked like he was the one saying “Boo.” I gave that little pumpkin a big job and he did it like a champ. xoxo 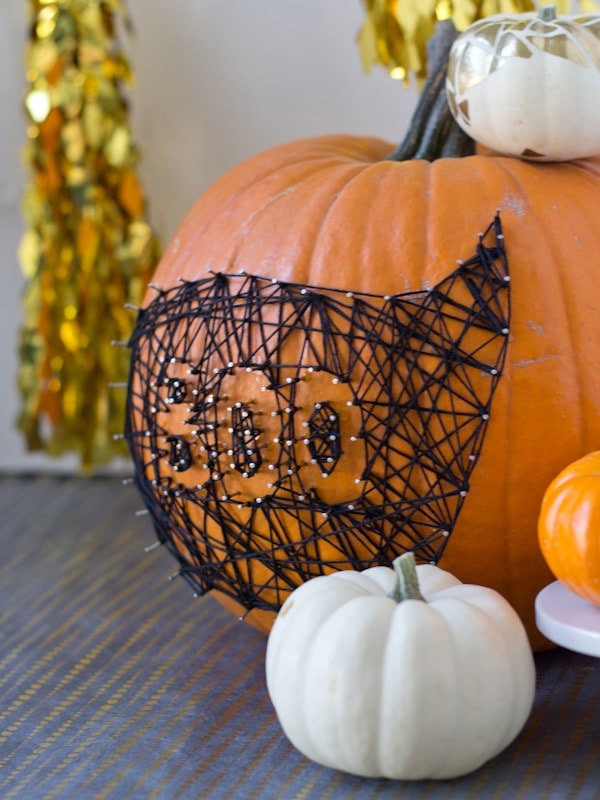 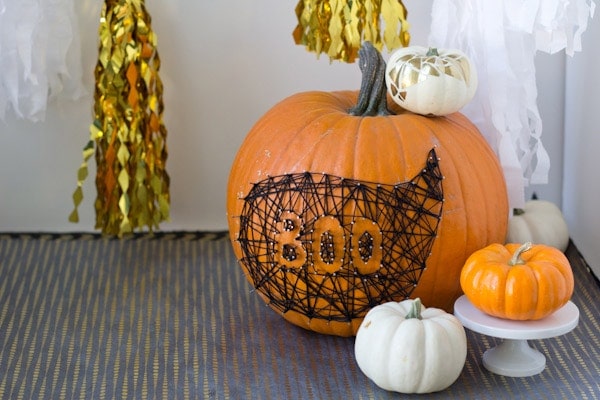