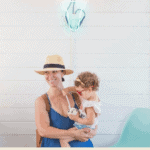 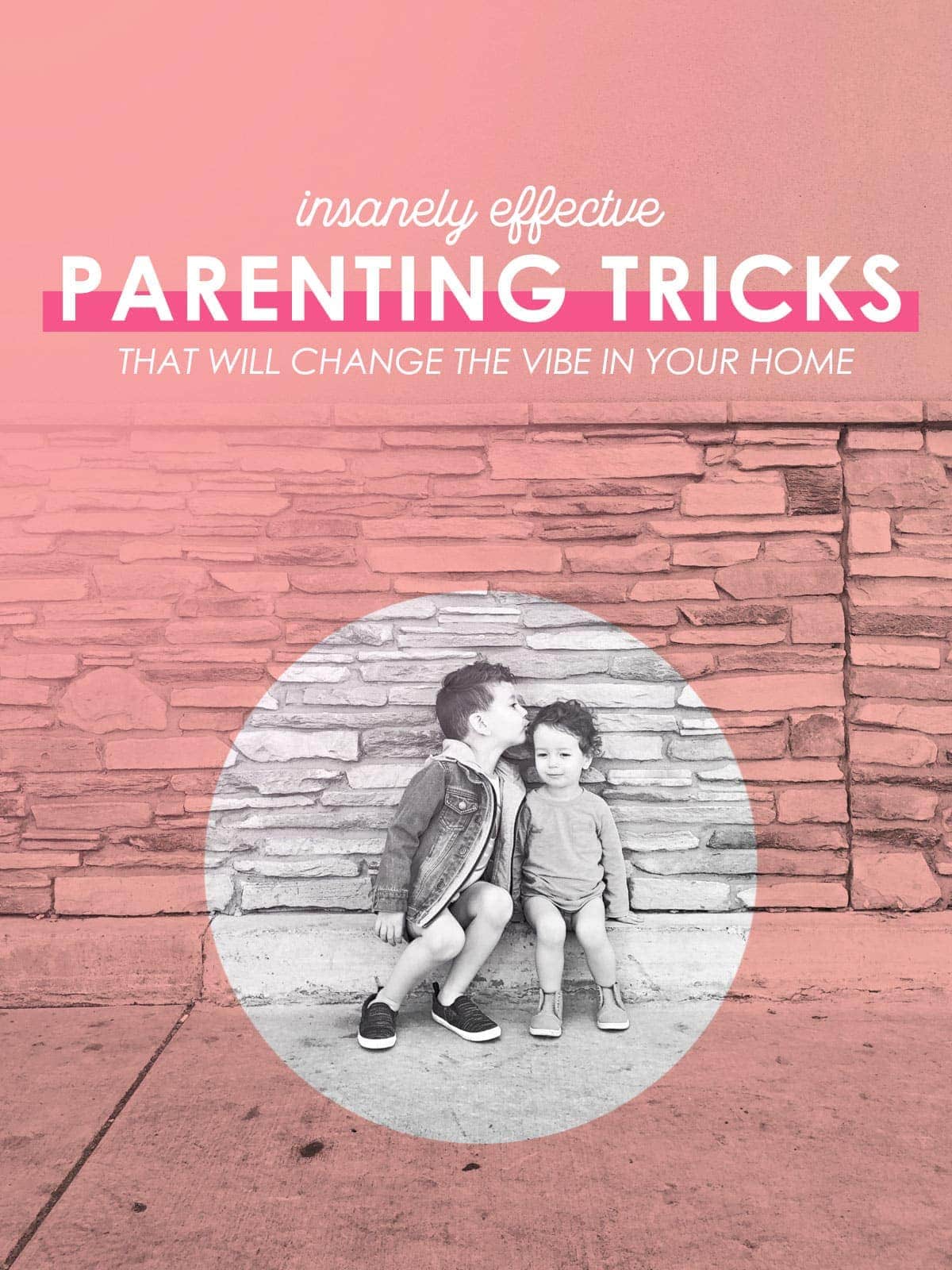 We’ve been doing lots of work lately to help our kids through the years when they’re really learning to deal with feelings. We’ve got Maggie, deep in two-year-old land and truly trying to discover boundaries + how far she can push. And we’ve got Henry, who I’ve always said has really big feelings. And now that he’s older (four and a half), the feelings aren’t getting any smaller but we’re developing more “big kid” tools that he can use to find his way through them. Aside from that, we’ve been focusing on some solid strategies for me and Ryan as parents when we’re having a tough day with the kids. And no joke, these are insanely effective parenting tricks that will change the emotional vibe of your home.

I decided sometime last year that I didn’t want to be a yeller. Aside from the fact that I don’t like to do it, our kids don’t respond to it. It fixes nothing for us. It just escalates everything. I also realized last year that our kids (and probably most kids), when they’re in the middle of a meltdown or tantrum, really don’t know the way out. It’s like they dove in the deep end of the pool and can’t figure out how to doggy paddle to the side. So as a parent, when I want to just tell them to figure it out, that’s the moment when they might really need guidance the most.

Having made a few of these little discoveries, we started creating a little toolbox of parenting tricks. It’s a list of ideas or strategies that we turn to when it looks like things are going south and we’re headed for (or are in the midst of) a big emotional meltdown. I’m outlining some of our ideas below, in case you feel helpless in those moments too. Almost every single time I use one of these, the emotional vibe of the situation is turned around and we get back on track. Hopefully one (or more!) of these help you. xoxo

Imagine You’re a Monster
There’s this moment that I always experience, when Henry is misbehaving, or sad, or frustrated about something. He looks up at me with challenge in his eyes and I can choose one of two paths – engage or don’t. And in that moment, I always imagine that I’m a big scary monster. I imagine what I look like from his vantage point. Huge, tall, strong, with an angry face and angry words. And as soon as I imagine that my child is perceiving me that way, it takes the edge off of any anger or frustration I’m feeling. I get down to his eye level and I dial back my tone.

This isn’t to say that he’ll get his way, or I let him steamroll me. It’s simply taking physicality out of the equation. From a child’s point of view, if you’re at his level, it’s immediately less scary, and he can let his guard down a bit. The physical challenge goes away and you can get to the root of the emotions behind it.

Do the Unexpected
There have been lots of times when my kids have been so wound up in a meltdown that nothing would console them — not hugs, not talking, not a change of scenery. When I can’t get my kids to calm down, I do something weird or unexpected. Often, if we’re at home, I just lay down on the floor. Usually they get confused, then calm, then they come and lay down next to (or on) me. It’s all about just taking the power out of the meltdown and focusing on something completely different. Walk out of the room and come back with a game. Or get out crayons and just start coloring. Do anything. Once the kid calms down, you can talk about the meltdown and figure it out.

Make a “More Yes” Agreement
This one works best with kids who are probably 4 and up (the littler ones might not grasp the concept). Some days when I find that Henry is particularly agitated or disagreeable, I realize that I have been bossing him around all day. When he acts out, it’s often because he doesn’t feel like he has enough freedom. (I wrote a little more on that here.) So on those days, we promise each other “more yeses.” This means that I’ll give him a “yes” answer to anything I can within reason, and he’ll give me a yes answer to any reasonable request or directive. So basically, I stop bossing him around and only give directives that are absolutely imperative for his safety or wellbeing (or that are in line with our house rules). And he, in return, does the chores or things I need him to do throughout the day without complaining or tantrums.

Have a Go-To Tantrum Book
I just used this tool the other day, and it’s insanely effective for my kids. They were both crying inconsolably (they sometimes wind each other up), and there was nothing that was going to stop it. It had been a day with lots of negativity and tantrums, and we had reached the high point. I couldn’t get them to stop so I walked over to the bookshelf without saying anything, grabbed a book, and started reading. Within 15 seconds they were both sitting by me, wiping their tears and listening quietly.

The book was one of our tantrum books. We have two. They’re both about kids having bad days and how they deal with it. Our two are Allie All Along

and My No No No Day

. There’s something about a kid having a tantrum, seeing that other kids feel the same way sometimes that really gets them outside of themselves. Usually when I use this tactic, we end up reading the book a couple times through while they calm down, then we’re able to talk about the meltdown that just happened.

Create a Mad List
My kids are particularly interested by this one right now because it’s a tactic that’s used in one of our tantrum books (Allie All Along). Basically we’ve created a list of things that it’s okay for our kids to do when they’re mad. (I talked about this last year too.) We never ever expect them to just squash feelings. We’re all about feeling all the feels. Ha! But we do expect that they learn to deal with their feelings in a way that’s not destructive to themselves or the people + things around them. So we made a list of ideas for them to get their physical frustration out when they’re mad. Things like going into their room and punching a pillow, or scribbling on a piece of paper really hard, or squeezing a stuffed animal as tight as they can. When they need to show physical frustration, we guide them away from hitting and kicking and toward something on their mad list.