Not to throw my favorite little boy under the bus or anything, but hoooooo-boy are we dealing with toddler tantrums these days. I’ve always said that Henry has big feelings. When he laughs, it’s from down deep in his toes and every part of him rejoices. When he cries, it’s this huge, wailing sob that you can tell he just feels so deeply. And when he’s mad, right now it’s tantrum central. 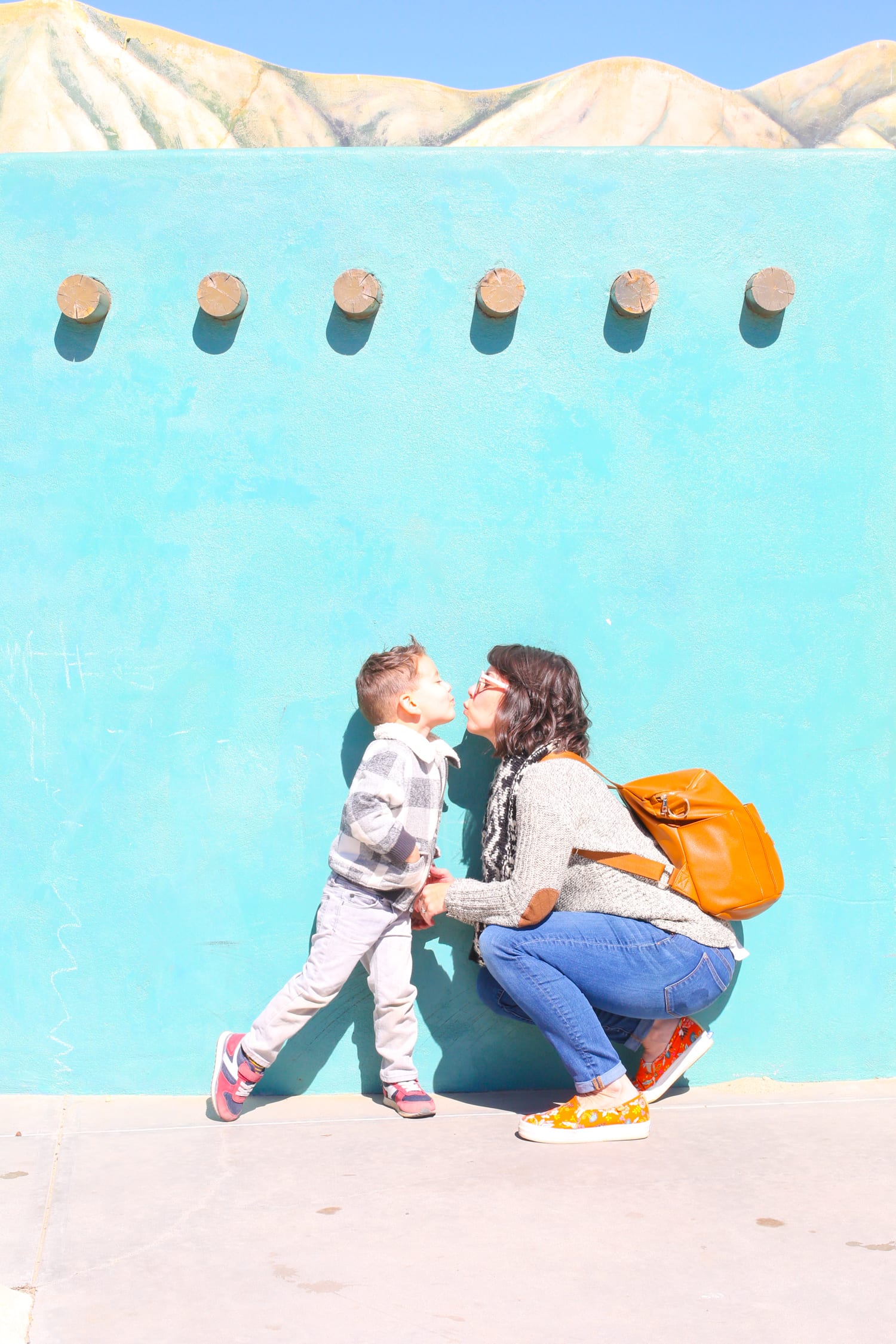 It hasn’t always been this way. We actually made it through the “terrible twos” pretty unscathed. It was right around when he turned three that it got real. His tantrums are usually triggered by frustration or a lack of autonomy. If we tell him it’s time to brush his teeth and he’s not quite done with whatever activity he’s doing, he goes from zero to 100. Or if he is trying to accomplish something by himself that he just can’t figure out, it makes him lose it. I mentioned this recently on Instagram and said that we were dealing with toddler tantrums little by little, giving Henry tools to understand with his feelings and navigate his way through them (as best he can, at three years old), and got lots of questions about how we’re dealing with it. So I thought it might be helpful to break it down.

First off, let me say that we’re no experts. This is definitely not a proven method; it’s just what has proven to show results in our family. And the results, you should know, are incremental. When you’re dealing with toddler tantrums, it’s not going to dissipate in a day. Or even a week. It’s a long process that takes an insane amount of patience and consistency on the part of the parents. It’s also exhausting. Ha! So here are the ways that we’ve adjusted our own perspective, and the tools that we’re trying to give Henry to help him through.

For us, it was a huge deal to start understanding what exactly is going to set Henry off. It helps to know whether it’s hunger, or fear, or lack of sleep, or whatever the case may be. For us, it’s pretty clear that our little dude is most often set off by emotionally challenging moments, when his freedom is taken away or when he can’t do something himself. If a kid is triggered by something physical like hunger, it’s simple to just make sure that he’s always fed. But with the emotional triggers, we’ve found that you need some tools to teach the kid how to deal.

This is what has been crucial for us while we’re dealing with toddler tantrums. We’ve started amassing a little “tool box” of things that we say or do when Henry’s having a tantrum. Firstly, we never ever reward the behavior. So whatever he’s having a tantrum to achieve definitely does not happen. Secondly, we realized that our little dude usually needs some time to cool off by himself when he’s losing it. So he sits in his room and we tell him to come out when he’s ready to be kind.

After he comes out, we ask him what went wrong and why he got so mad. Then we start talking about the tools. We go through the lists of things that are “okay” vs. “not okay” when you’re mad. Some of our “okay” things are going outside and kicking a ball, saying, “I’m mad!”, scribbling hard on a piece of paper, and we even let him go in his room and stomp his feet as hard as he can if he needs to do something physical. Things that are “not okay?” Hitting, kicking, hurting anybody or anything. Throwing things. Spitting. (Ew.) Basically anything destructive. When we talk about “okay” vs. “not okay,” the goal is that the next time, he thinks about his other options to express his feelings.

We also have a few mantras that we repeat a few times every time we’re dealing with toddler tantrums. One is “it’s okay to be mad/sad/frustrated.” Another is “a tantrum will not get you what you want.”  And another is “you’re not allowed to hurt someone else just because you’re hurting.” (I think about this one a lot, and sometimes wonder if the world would be drastically different if we taught this emphatically to all of our kids. Especially now, with such scary news coming at us all the time.) We repeat these with the hope that one day they’ll pop into his head as a guiding light without us having to say them.

The other thing we know without a doubt is that we, as parents and as a family, have to stick to our plan. If Henry sees, even one time, that a tantrum will get him what he wants, it’s game over. We start from square one. So it’s crucial for us to be consistent in the way we’re dealing with toddler tantrums. And none of our tools are magic bullets, but we definitely see incremental improvement. We can see him trying to use the tools, even though he doesn’t want to yet. He knows them, which for us is step one. And hopefully soon they’ll become more ingrained and help him navigate those big feelings.

If you have more help for dealing with toddler tantrums, leave a comment! Parents helping parents is a beautiful thing. 🙂 xoxo

P.S. Find my diaper bag here and my shoes here.

5 thoughts on “Dealing with Toddler Tantrums”