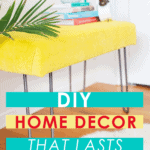 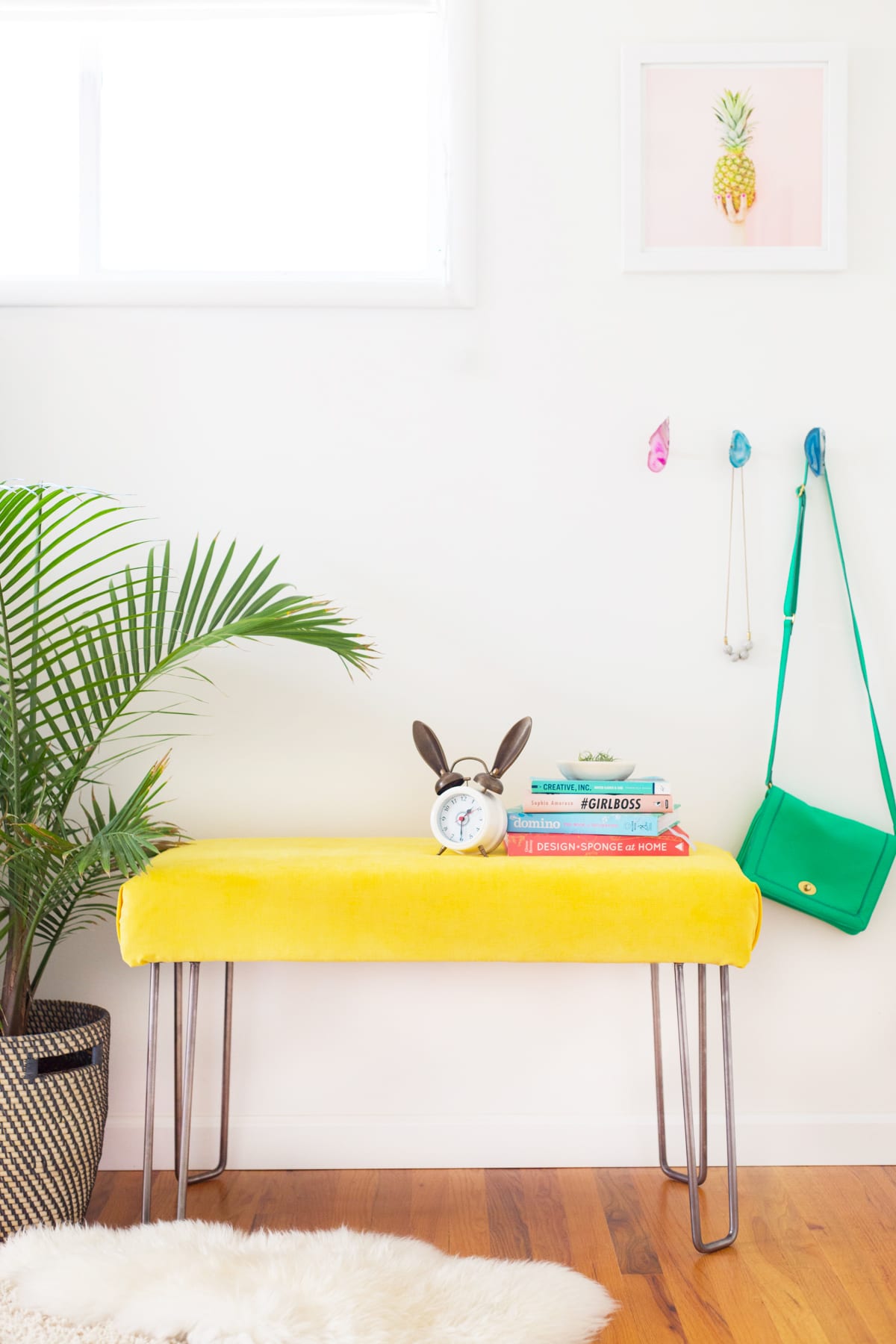 It finally happened. The other day, the kids broke something that I made. They were playing with the famous pineapple ukulele, and the fret board came unglued from the body. I was bummed for a bit but then I started thinking about how long ago we actually made that, and it turned out it was four years strong! So I thought it would be cool to dig in to some of our most popular DIYs and assess how long they’ve lasted (or whether they lasted at all).

I always have prided myself that one hallmark of Lovely Indeed projects is that they’re actually functional. We don’t often make things just to make things. They usually have a purpose and a function, and are fun to look at on top of that. I also try to make things that last, that can stand daily use and weather it well. So let’s take a look! 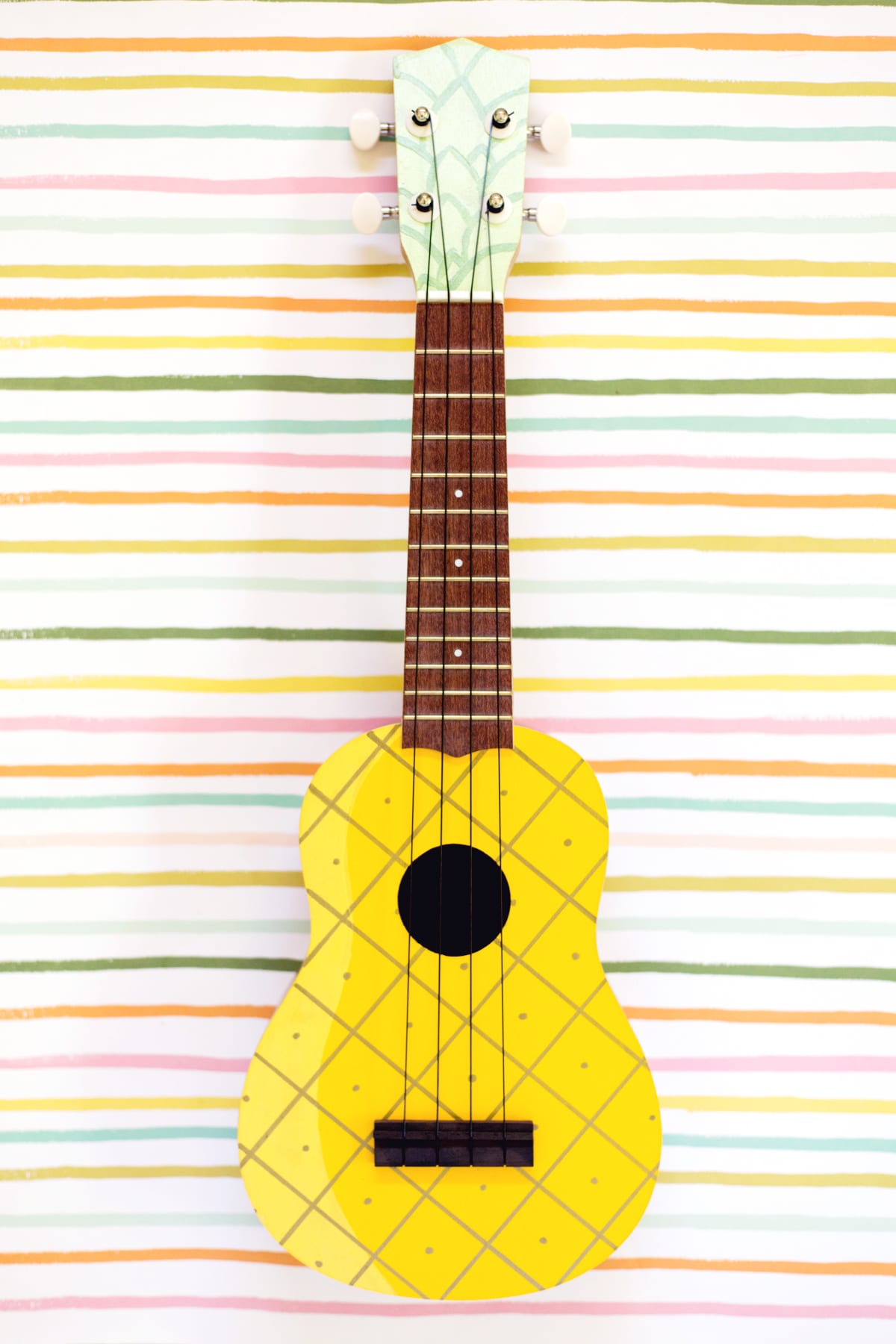 DIY Pineapple Ukulele. Like I said above, this thing lasted for four years, often with daily playing from the kiddos. This has been their ukulele to do whatever they like with, and while we taught them to treat musical instruments gently, sometimes it has taken a bonk or two just by accident. So four years ain’t bad! Also, the way that it came apart was completely fixable, and was remedied with a bit of glue and a clamp. So it’s back in action. 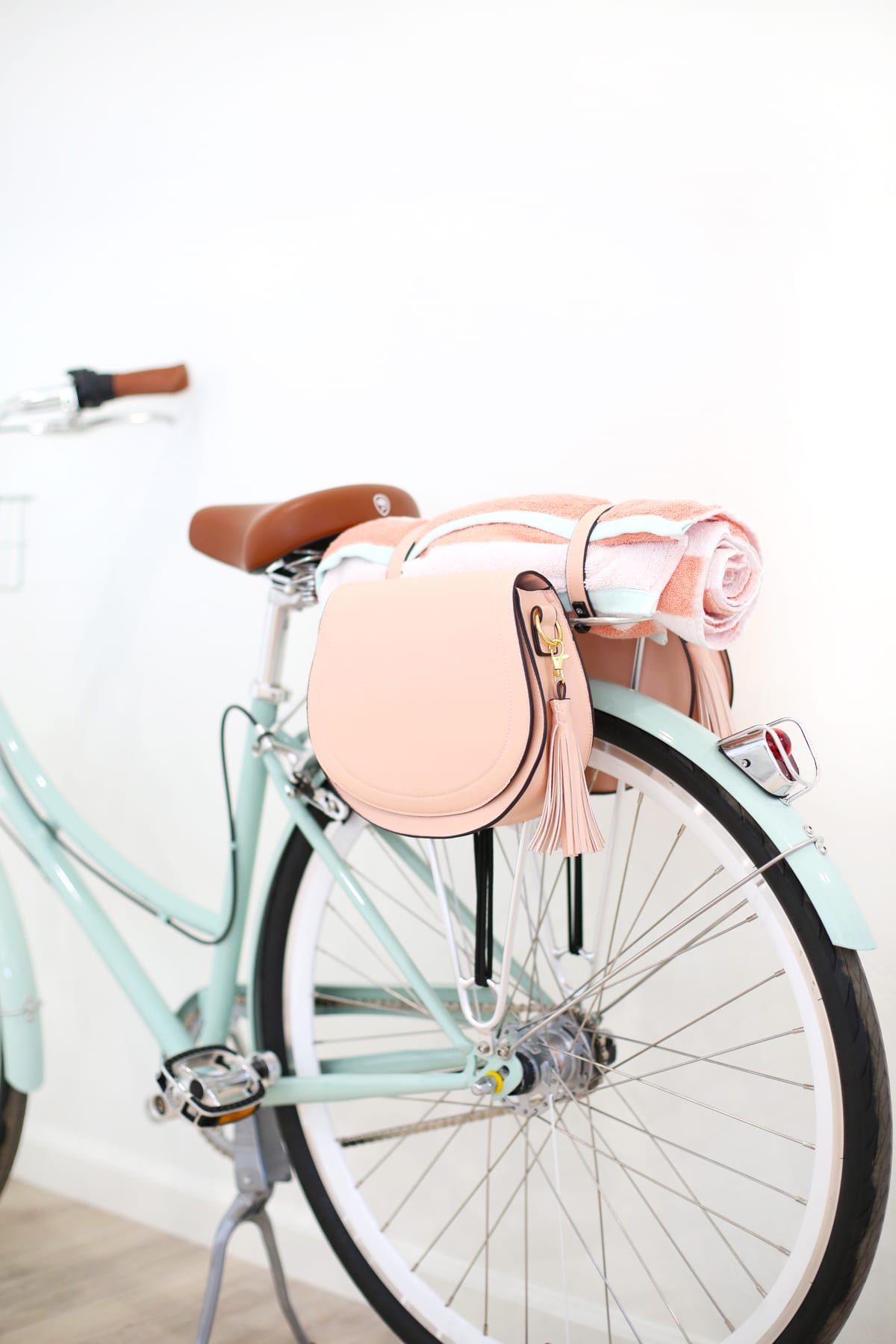 DIY Bike Pannier Bags. These were and still are a total win. The actual bags have a couple of scuffs on them now from usage, but every so often I clean them with a Magic Eraser and they’re as good as new (this will depend on the material of the bag that you use). They attach and detach from my bike really easily, and we’ve used them multiple times. No breakage, no falling off. Ever! 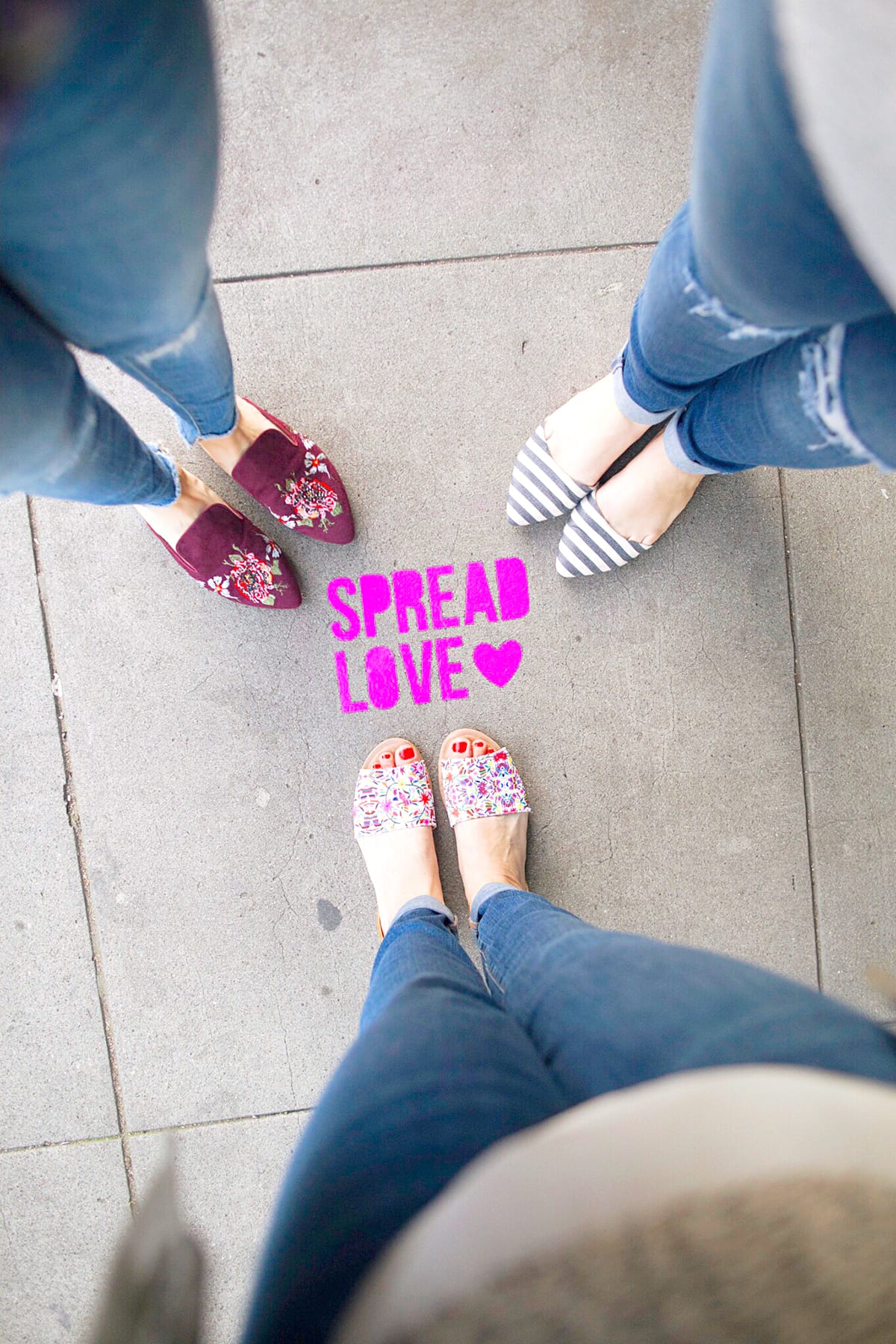 DIY Chalk Love Notes. I get asked pretty frequently about how long the chalk love notes will last. For starters, some people think they’re actually paint, but they’re not! They’re made with chalk spray, which is meant to be completely temporary. I favor a very specific type of spray chalk and a certain stencil paper, so you can check that info out in the post linked at the start of this paragraph. If you use the materials that we use in that post, you can expect them to last for at least a few days if there’s no water touching them. If it rains or it gets hit by sprinklers, it will smear and/or fade almost immediately, just like regular chalk. 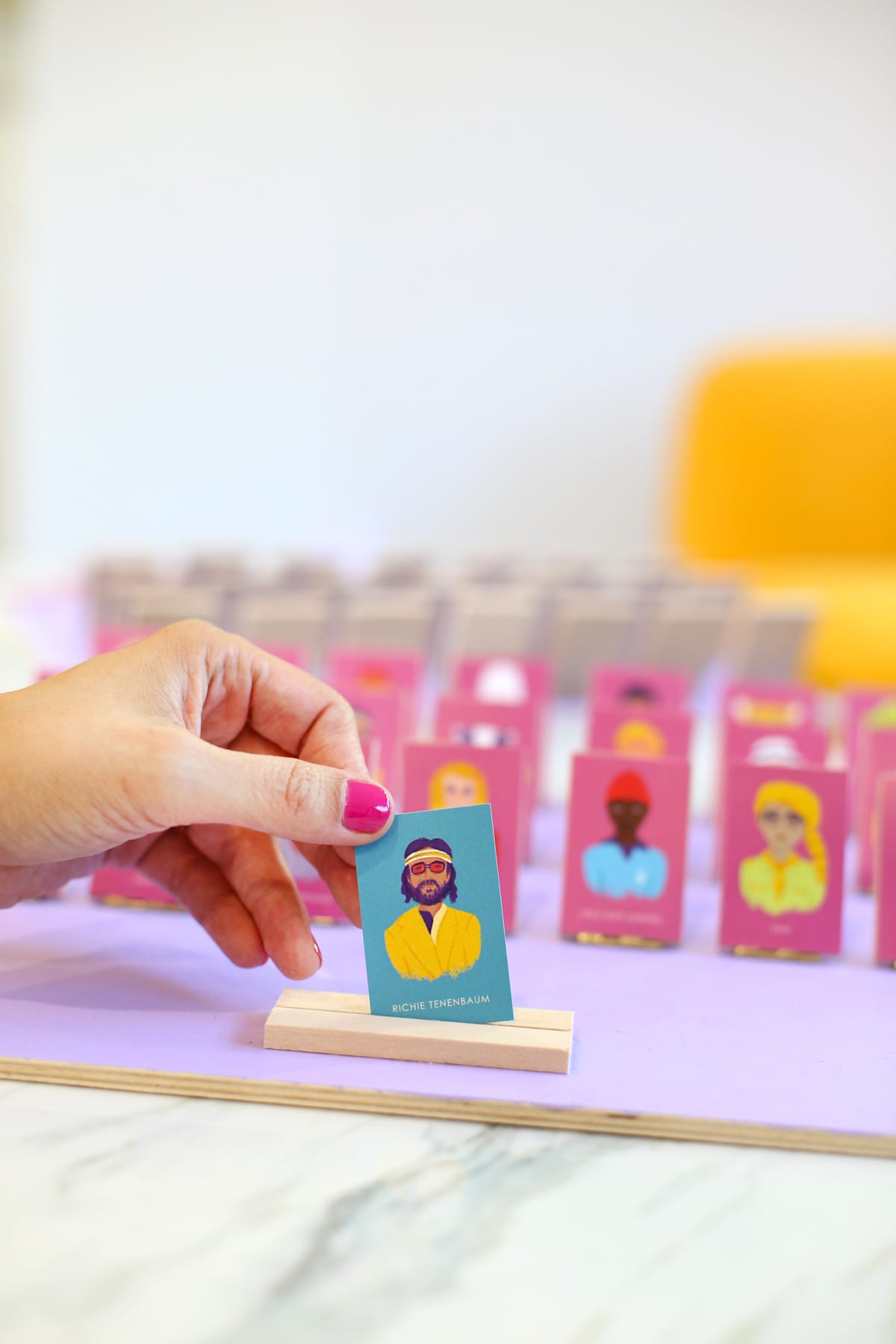 DIY Wes Anderson Guess Who Board Game. Ah, the Wes Anderson Guess Who! I love this game, and I love even more when someone is particularly into it. It’s kind of a niche thing for people who enjoy his movies, but if you get it, you really get it. This is another one that the kids love playing with, funnily enough. And they don’t need to know the movies to play, because Guess Who is completely based on the characters’ appearance on the little cards. So! This one recently needed a little TLC as well — Henry and I were playing one day and he accidentally pulled off one of the wooden flip up cards. They’re on hinges, and the hinge had come unglued. So again, we just applied some glue and it was as good as new. I think this one is better handled by adults to keep it in one piece. 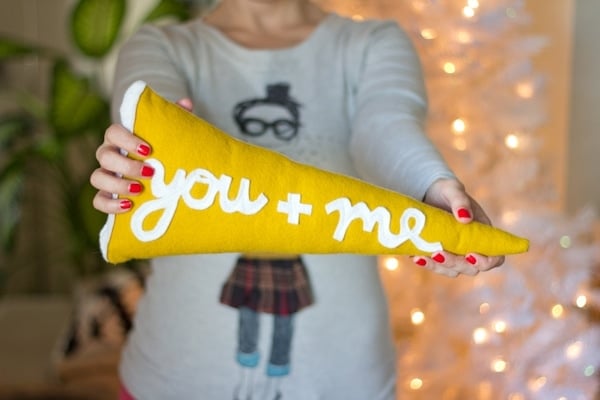 DIY Pennant Pillow. An oldie but a goodie! I made this when we were still living in LA, before we became parents, a lifetime ago! Now it lives in Henry’s room. The pillow portion has lasted perfectly. The words that are stitched on the front, however, started to unravel earlier this year (probably due to my questionable sewing skills). So I hand-stitched them back on. I think if you attempt this one, just be sure to finish those words with nice tight stitches. 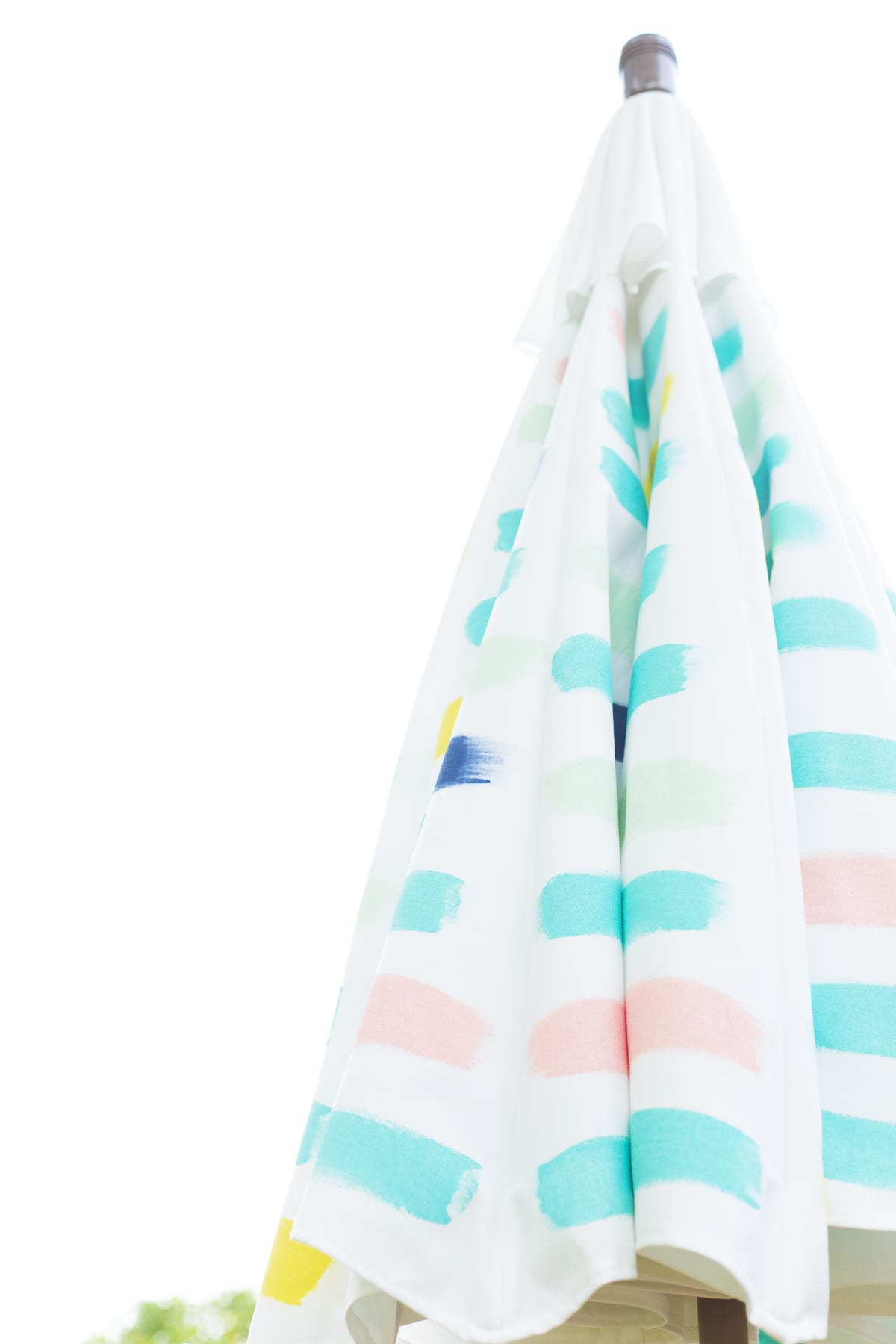 DIY Painted Patio Umbrella. I was so excited about this project when we did it! And then about a year later, it was a mess. This umbrella sat underneath our oak tree, which drops lots of leaves, acorns, and a little sap. And that, coupled with the dust that it collected over the year, made it pretty gross. The white color was all stained and icky, and even after a couple of attempted washes it was still gross.

Perhaps if you started with a darker color umbrella it would be a better idea (or if your backyard space tends to be pretty clean). The upside was that the paint itself held up well, with no cracking and minimal fading.

However, the DIY brick paver patio we made is still going strong! 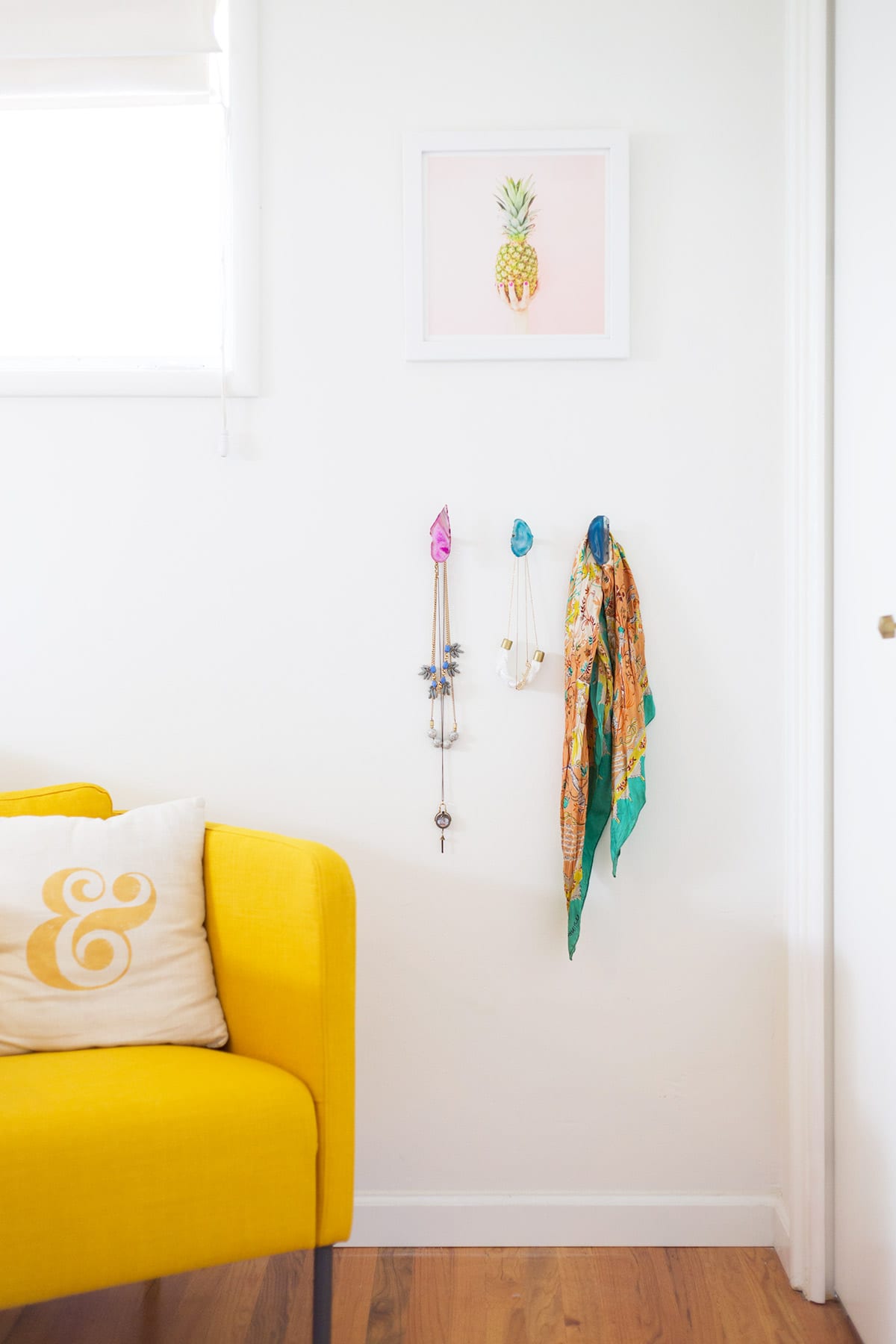 DIY Agate Stone Wall Hooks. This is one of my favorite simple little projects we created, but it definitely had some flaws in its first version. We originally used superglue, and after about a month of hanging, the glue just didn’t want to hang on to the texture and surface of the agate stones. So I pulled them down and did some experimenting, and got it to work a lot better with a different type of adhesive. We updated the tutorial with the new materials to make sure it was more successful. 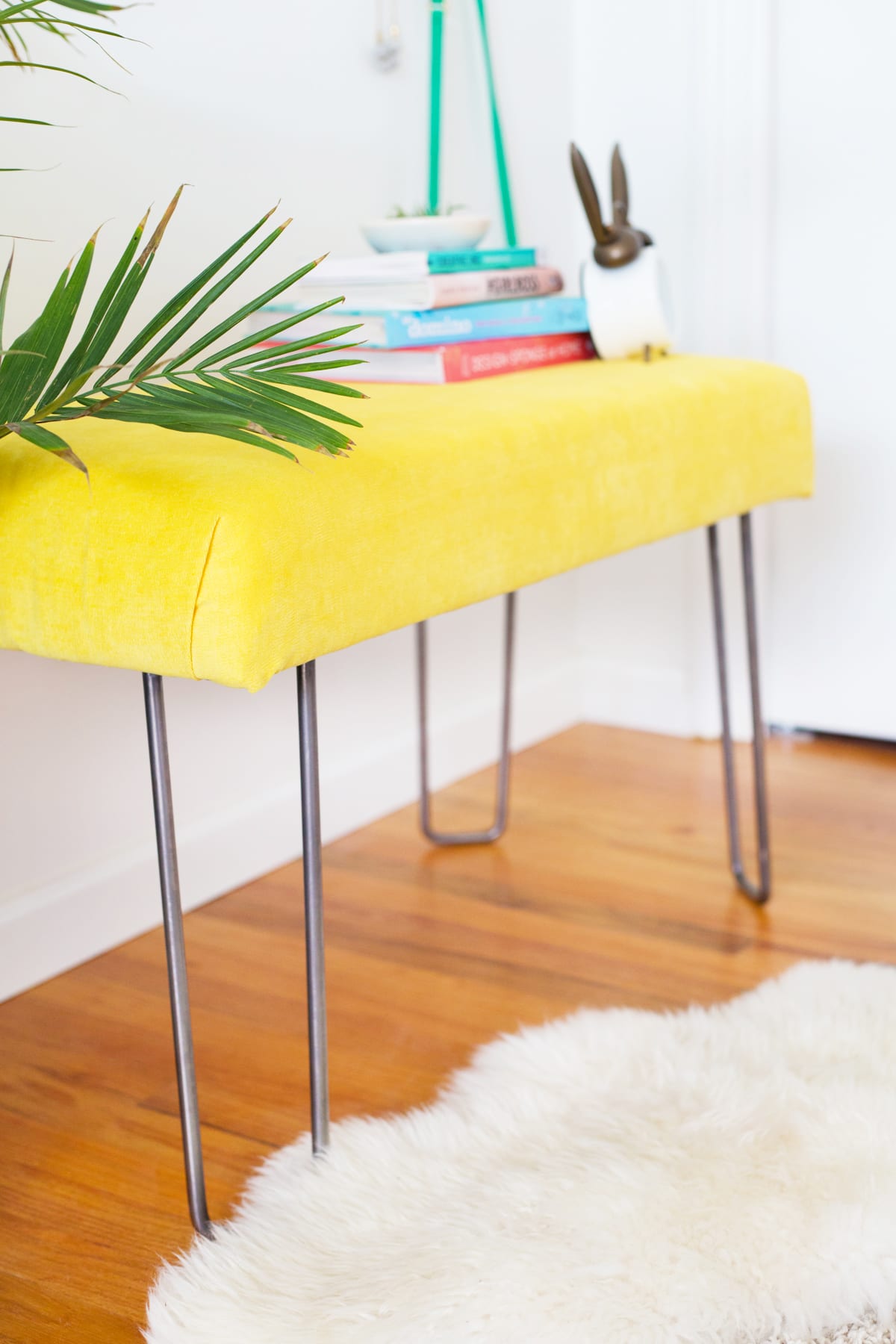 DIY Yellow Velvet Hairpin Leg Bench. This was one that we actually made when I was contributing to another blog, so the link above will take you to the tutorial. But I wanted to share it because it was such a slam dunk for both form and function. We’ve used this bench in our hallway every day since we made it three years ago! It holds weight well, it’s cute and mobile, and the fabric still looks great. Yay!

Hope this information is helpful for you, if you’re ever looking at trying one of our older projects! I think we might make this a semi-regular things, as we take stock of what has worked and what needs improving upon. Thanks for walking down memory lane with me! xoxo