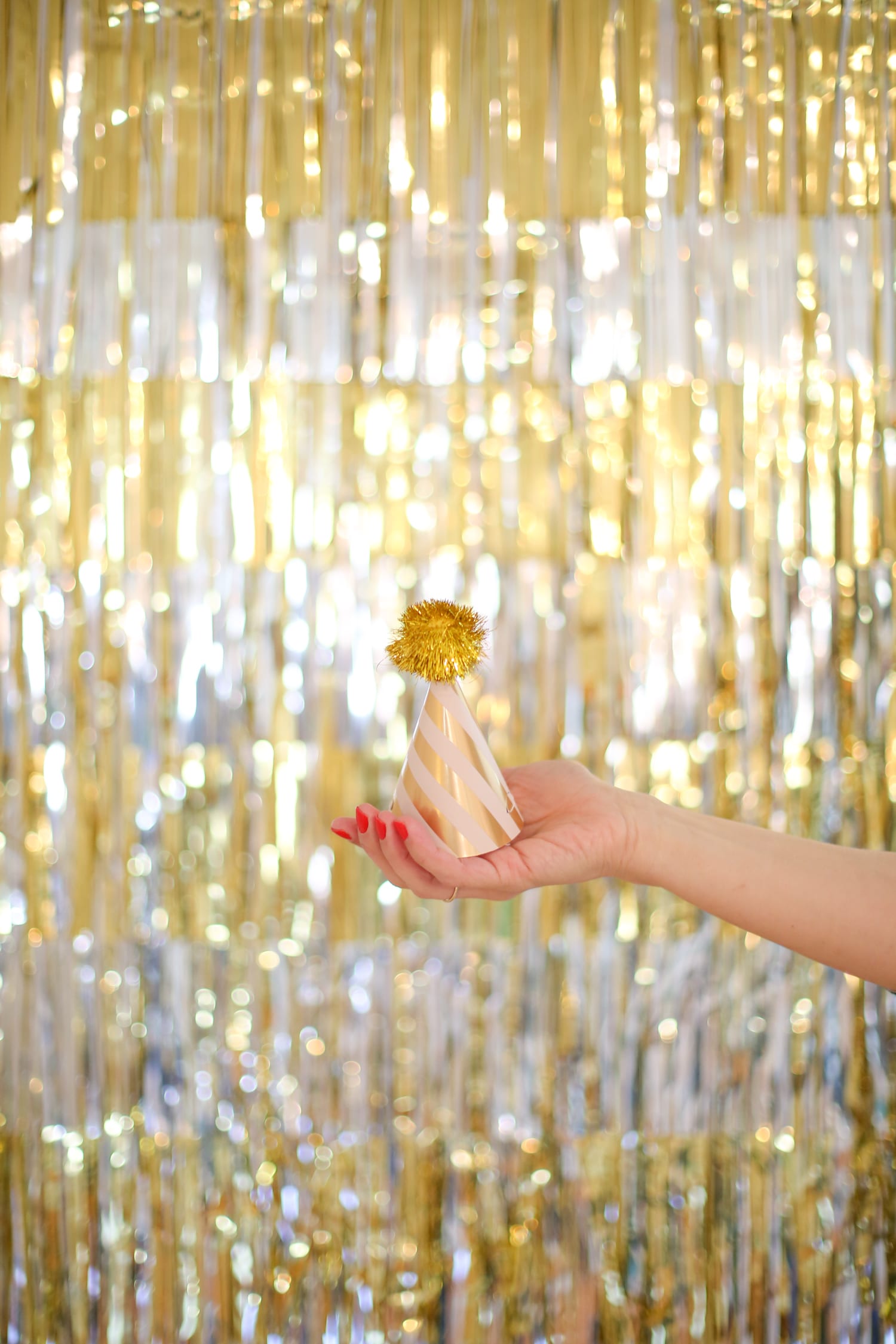 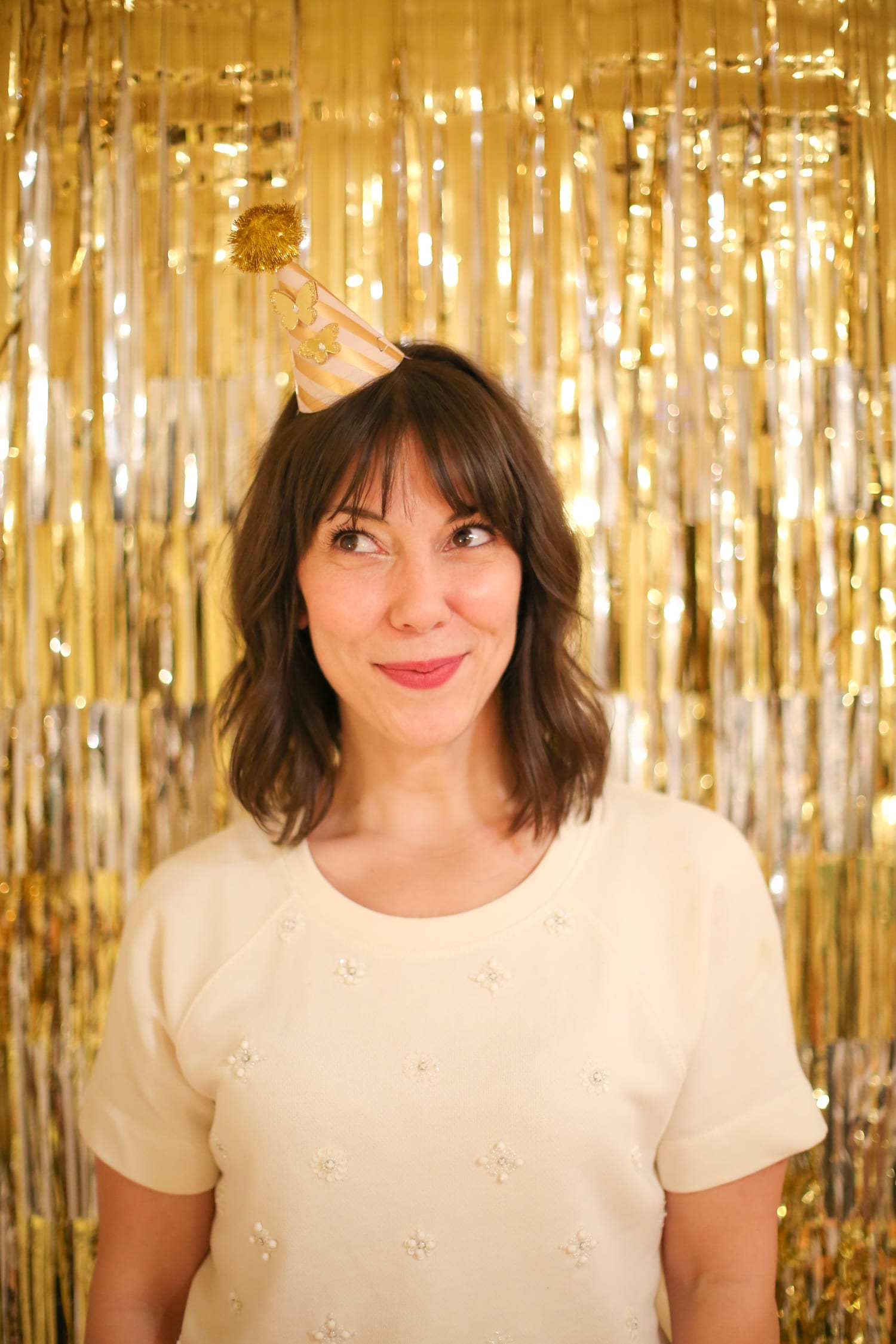 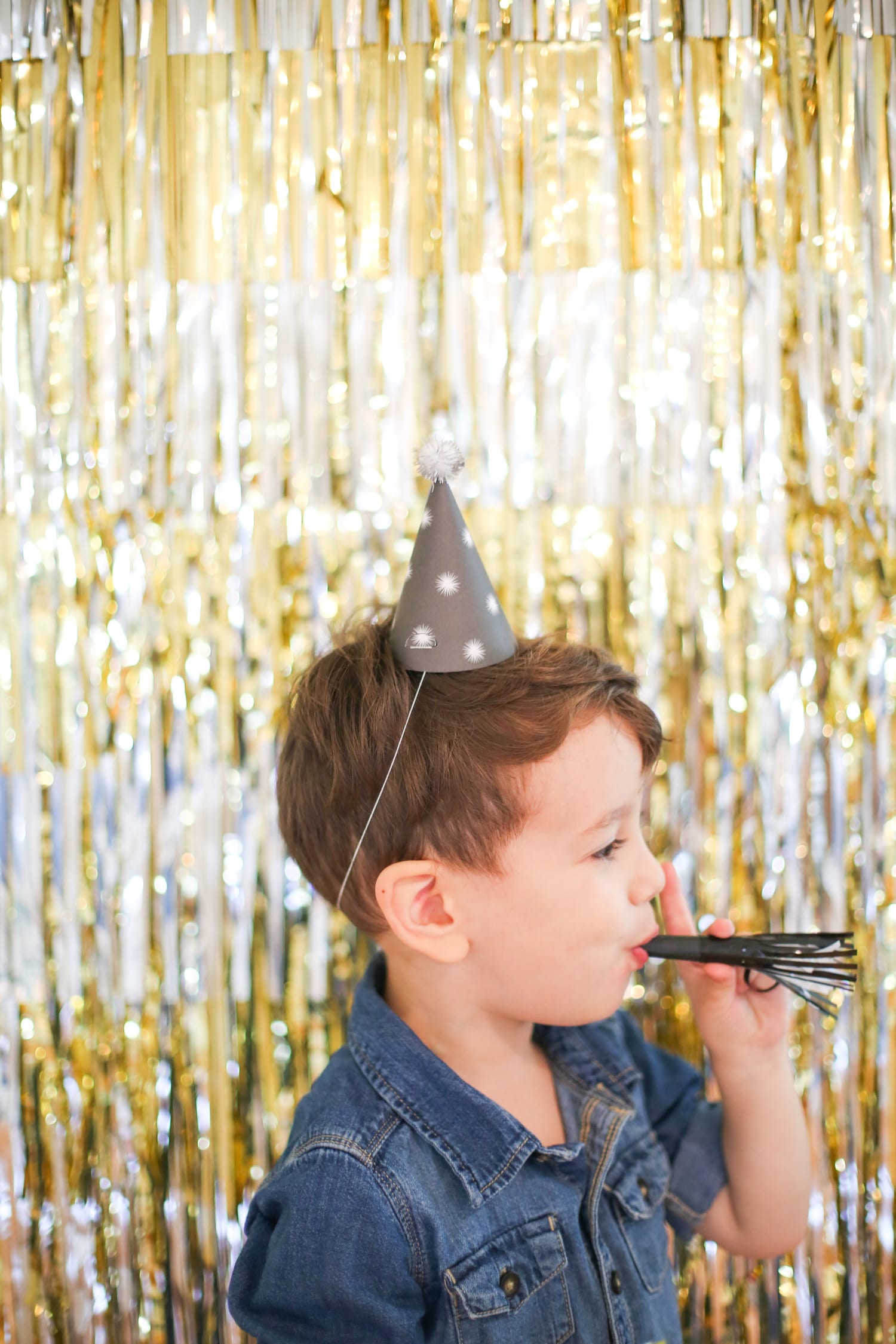 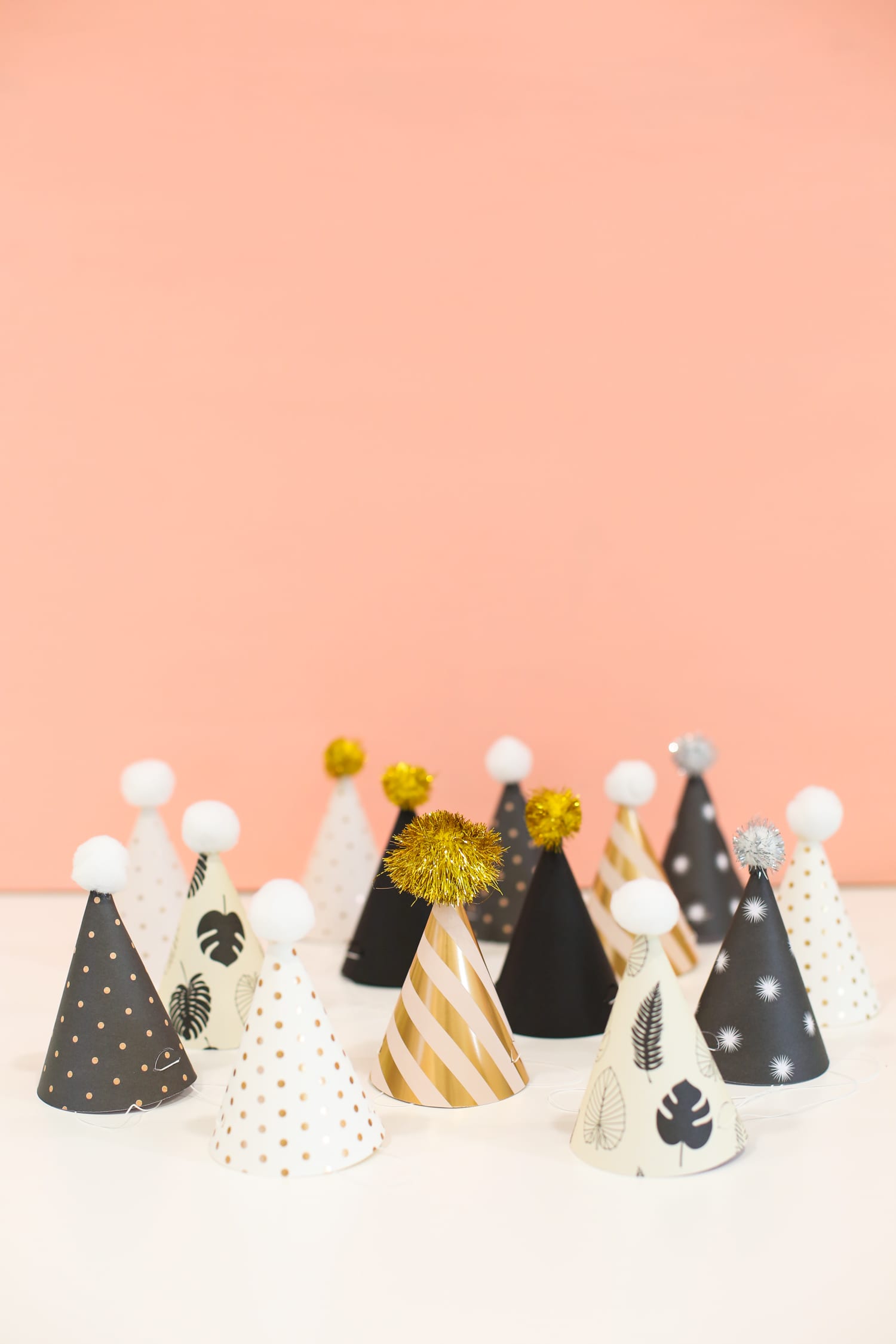 It nearly makes me cry to look back at these photos from last New Year’s Eve! Last year, I decided on the spur of the moment to have a little NYE party and I didn’t even have a chance to share everything that we did. But I saved all the photos and finally got around to writing out the how-tos. So we’re starting with the most adorable printable New Year’s Eve party hats for kids! Although, let’s be honest – I wore one of these all night long. They just look a little shrunken on a grownup noggin. 😉

Step 1: Download and print our printable party hat file. If you’re cutting the hats by hand, print the file on the back side of your patterned cardstock. Print as many sheets as you’d like hats.

Step 2: If you’re using a cutting machine, upload the file to your cutting machine’s software and cut out your hats. We were able to fit two hats on one 12” x 12” sheet of cardstock. 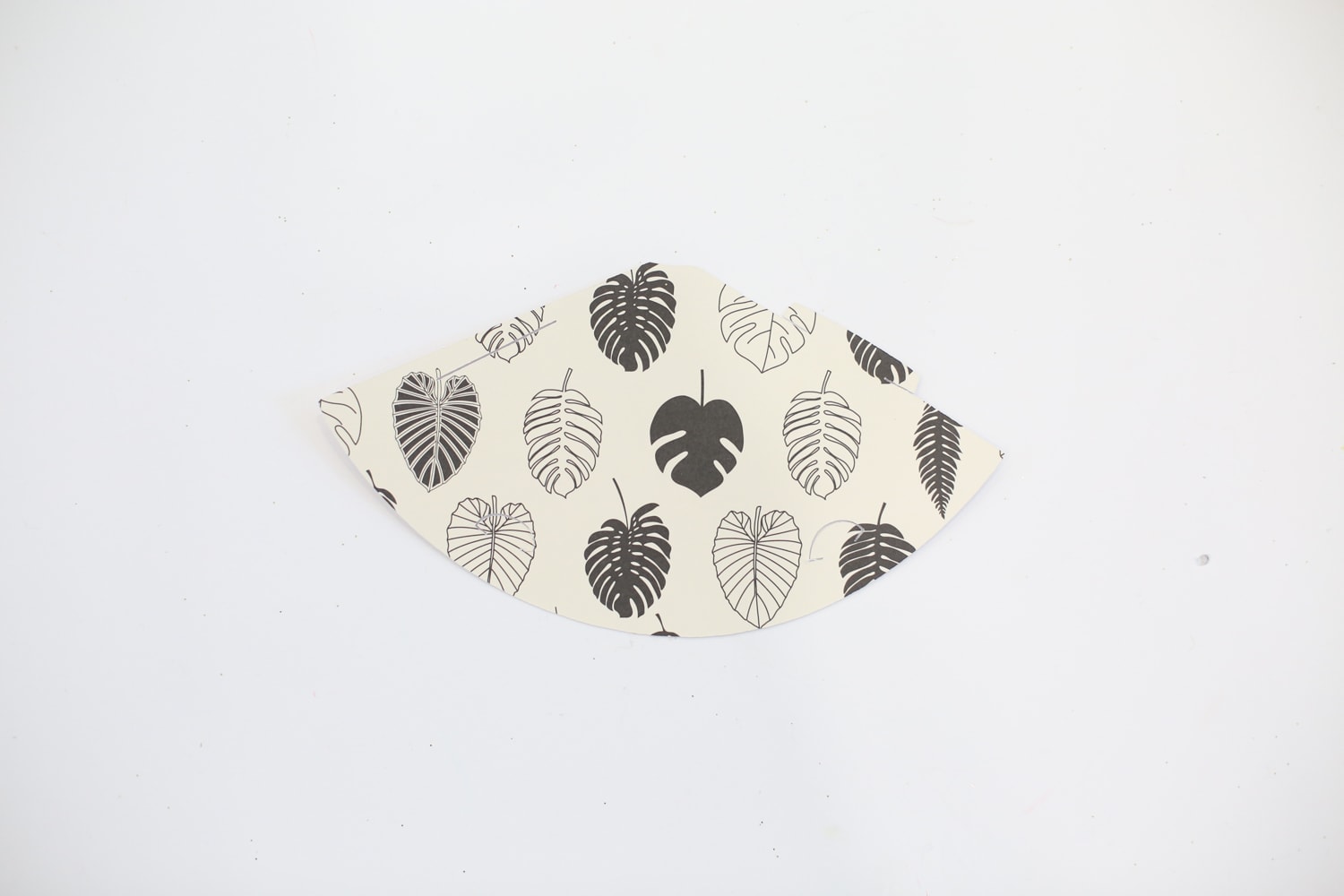 Step 3: Once your hats are cut, start assembling. Gently roll one hat in on itself to create a cone. Slip the tab on one side of the hat into the slot on the other side of the hat to make the cone stay in place. If you’d like, reinforce the seam with clear tape. (We skipped this step and they held fine.) 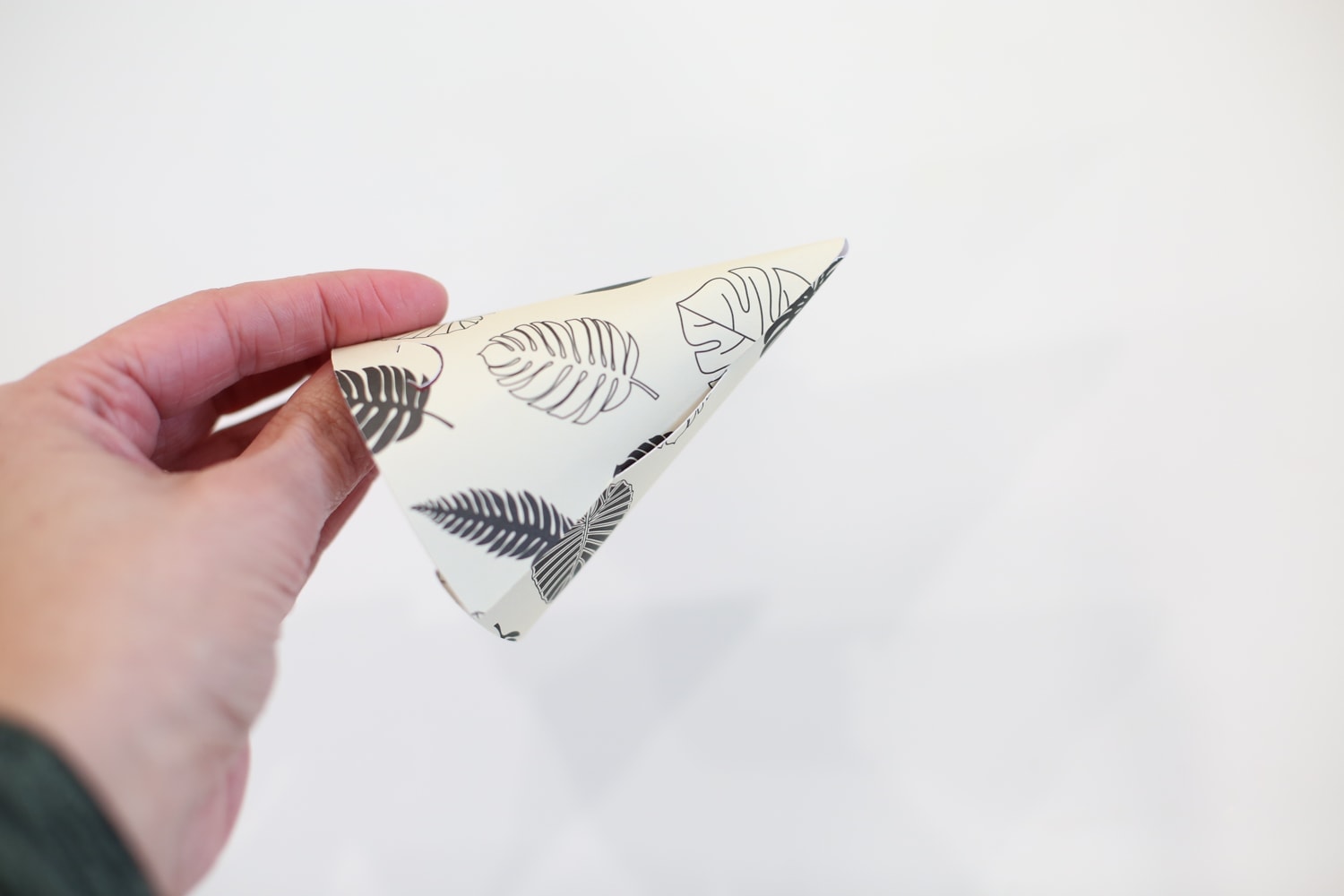 Step 4: Cut a length of elastic long enough to fit under a kiddo’s chin. Press the anchor tabs on either side of the hat slightly in. Then wrap each end of the elastic around each anchor. You can knot the ends of the elastic first if you feel that it holds better. Otherwise, you can just wrap a few times and it should hold. 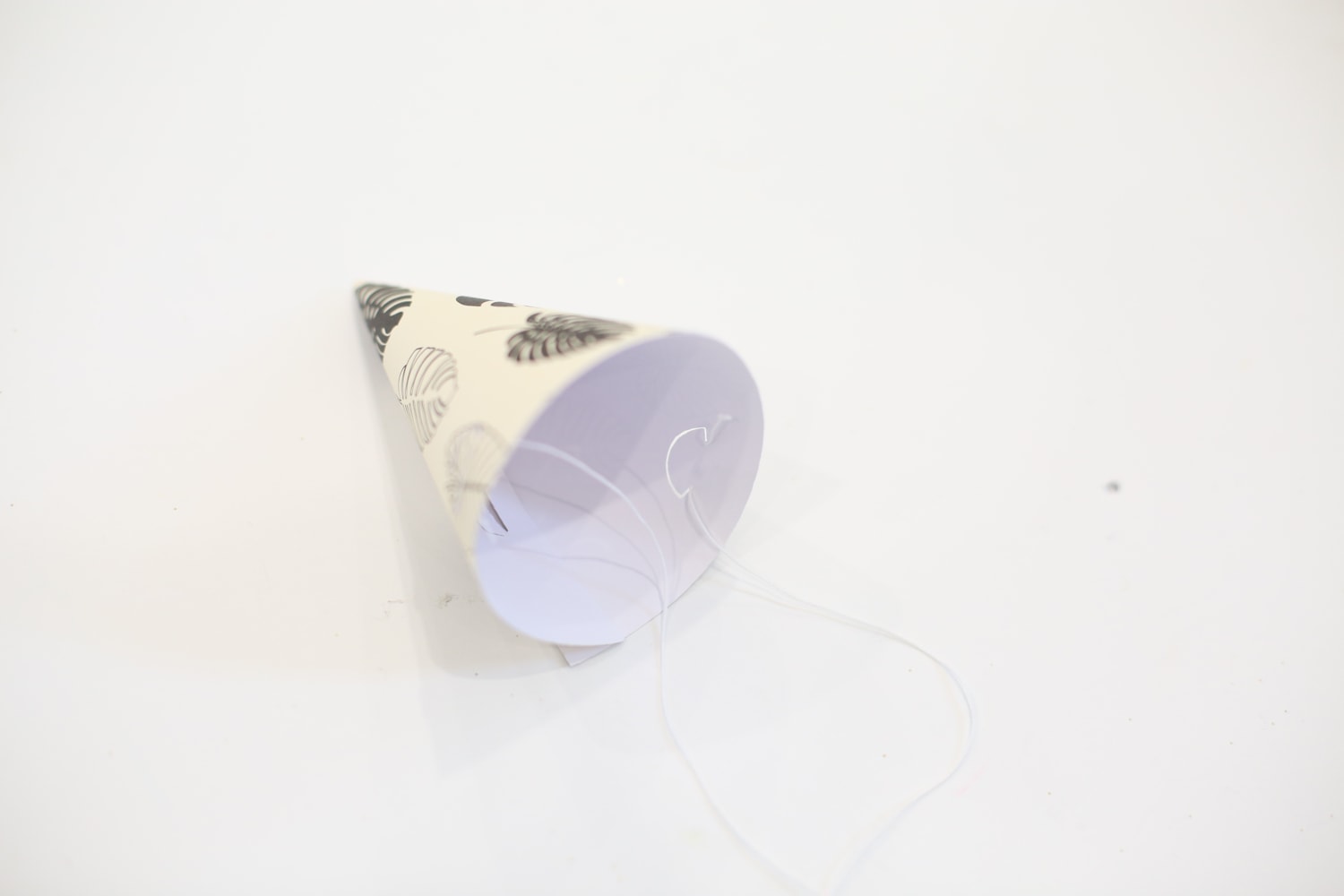 Step 5: If you’d like pompom toppers, use a small dot of hot glue to attach a pompom to the top of each hat.

Step 6: At your party, set out a bunch of hats and various stickers. Let the kids pick a hat and decorate it like crazy! 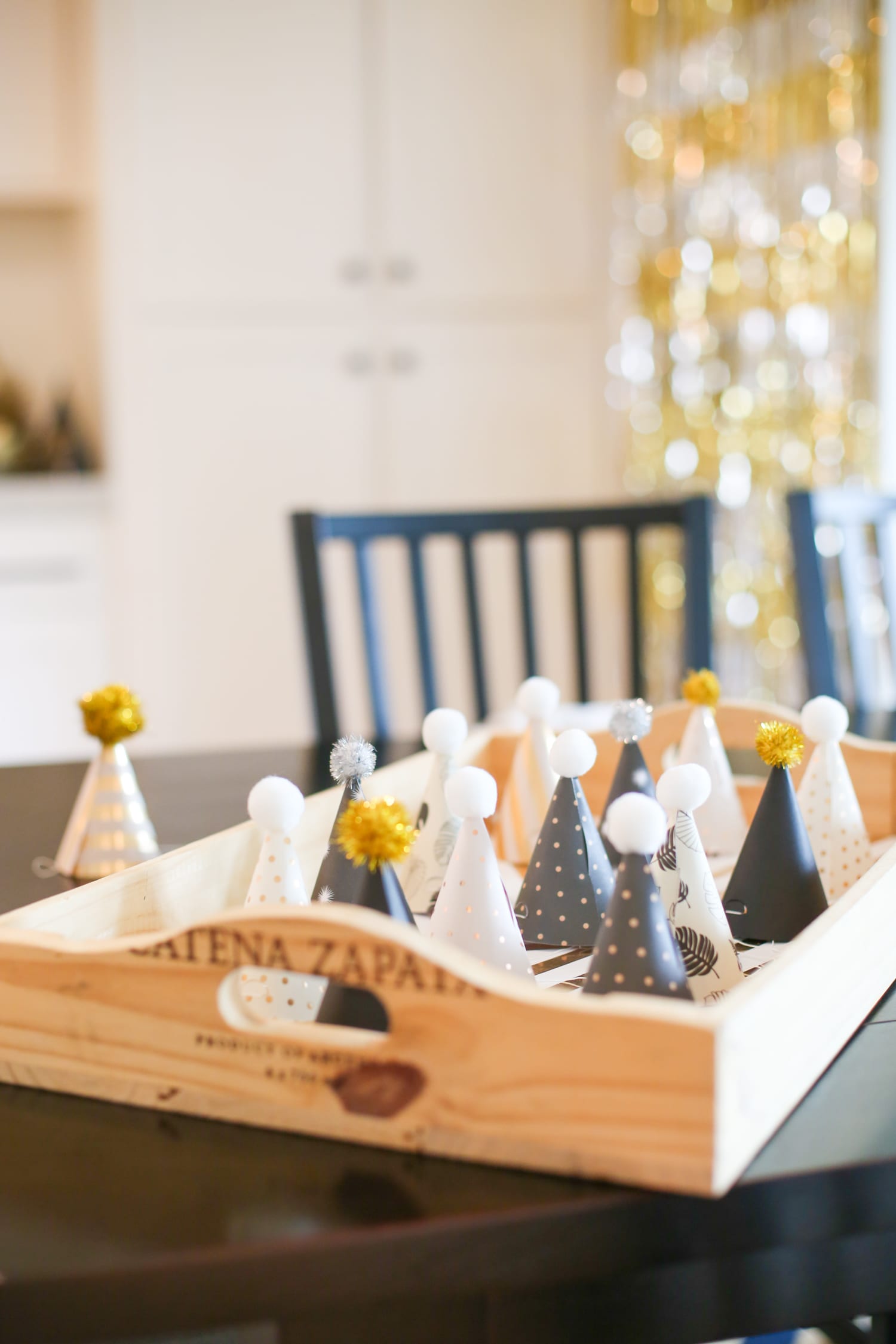 This was a HUGE hit for us! It gave the kids something to do and they all wore their hats all night. It was so fun to see the stickers that each kid chose – some of them even decorated party horns or blowers. For the stickers, I recommend having some three-dimensional ones available, as they look really cool on the hats. Those were the first to go. Other big hits were alphabet stickers and rhinestones.

We had a ball! Come back over the next few days to see how we made our 5-minute backdrop and the Happy New Year garland. Xoxo 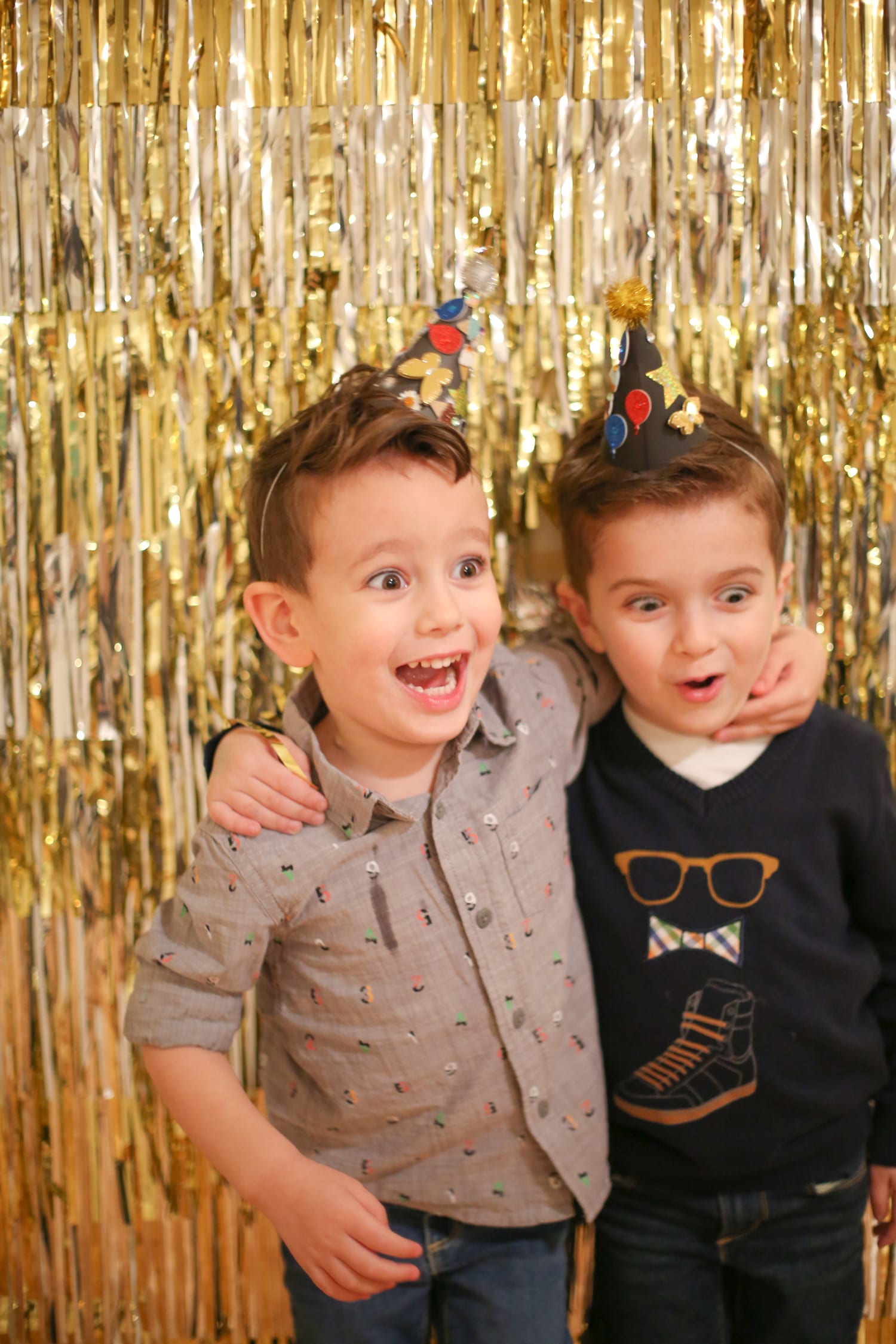 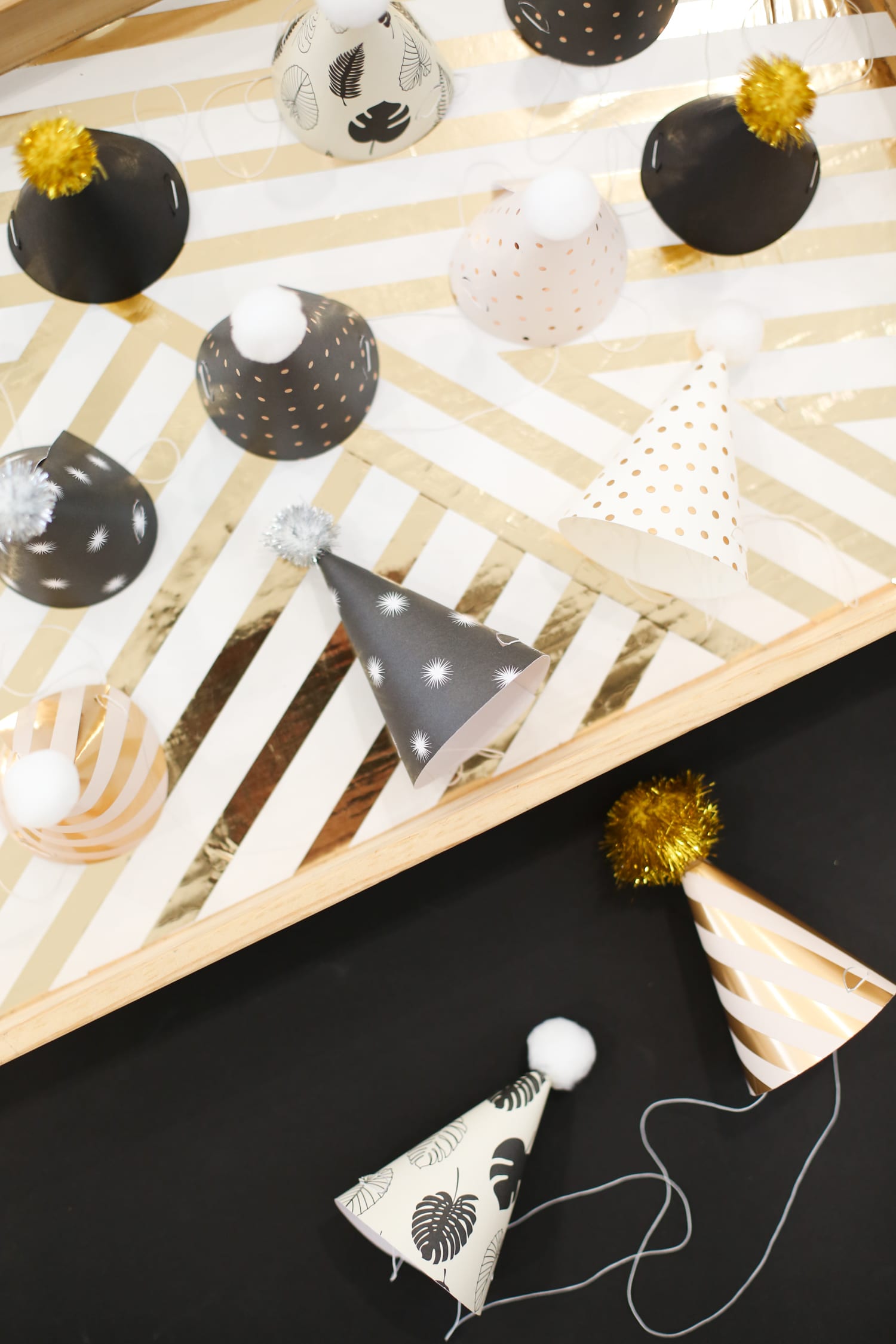 5 Lessons for a Productive and Positive New Year

5 Lessons for a Productive and Positive New Year!