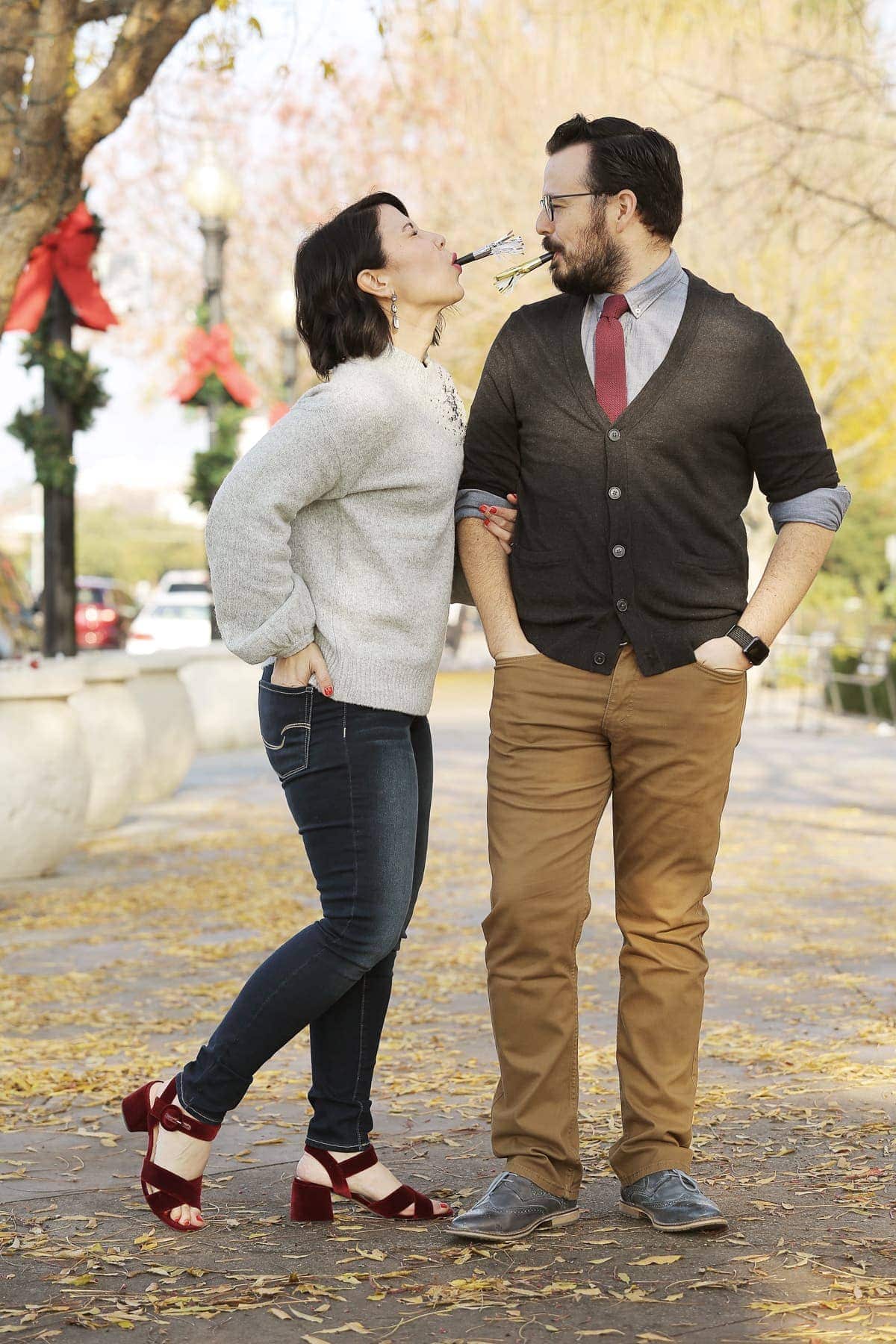 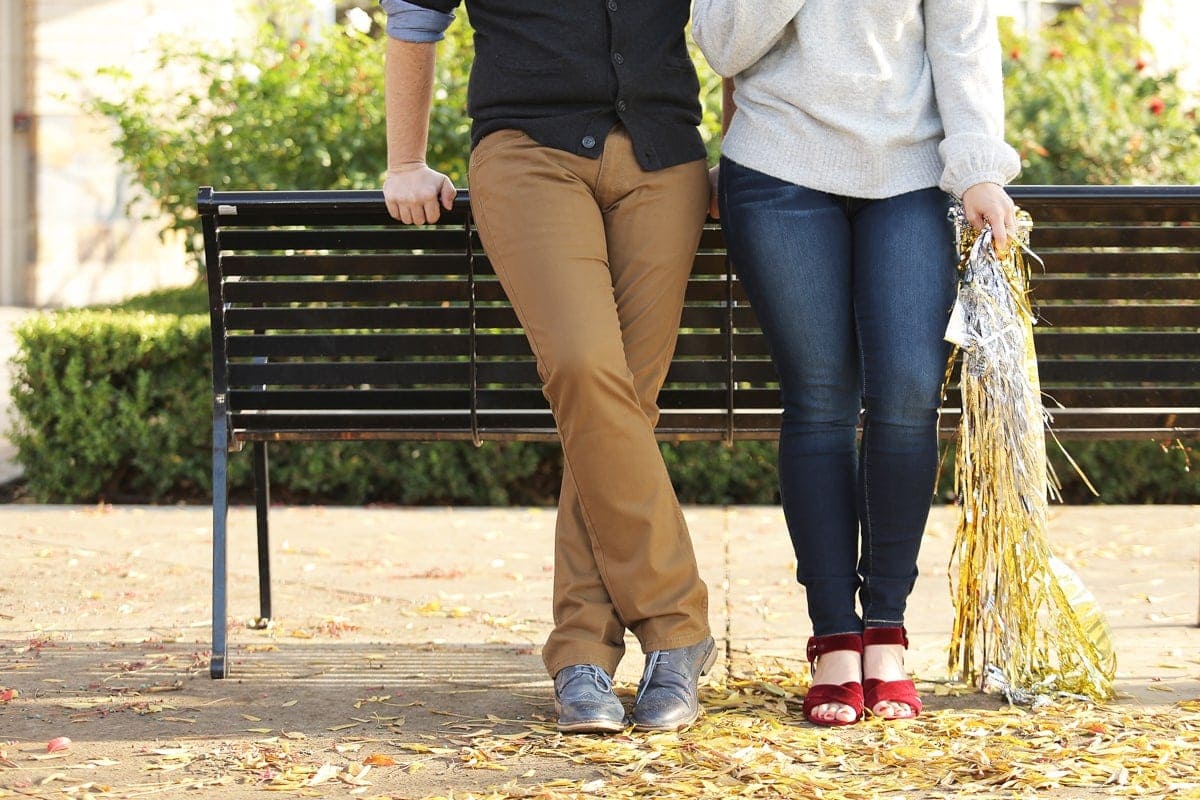 The first year we were married, Ryan and I sat down and wrote out a five-year plan on New Years Eve. Actually, we did it on a long road trip, with Ryan driving and me jotting down notes. We were freshly married, with big goals, and stars in our eyes. I still have the paper.

The following year we did the same. I got out the paper, we checked in with where we were as far as reaching our long term goals, we adjusted, and we made some more. And somehow, this little act became and accidental tradition. These days it’s less about a specific five-year plan and more about taking stock of the year that is coming to a close and talking about dreams and plans for the upcoming year. But we do it at the close of each year and this year is no different.

It’s also become a chance for us to have some time together, just the two of us, like it was in the beginning. We usually make a date out of it and head out to a quiet, cozy restaurant where we can chat. A couple of times it’s magically fallen on New Year’s Eve, but with kids now we mostly make it an early New Year celebration on an evening between Christmas and New Year’s Eve. Either way, though, we definitely put on our New Year duds and get a tiny bit fancy (which usually for us means denim paired with something a little dressy). We were lucky enough to be partnering with Signature by Levi Strauss & Co.™, so we pulled on some Signature Jeans and dressed them up a bit. 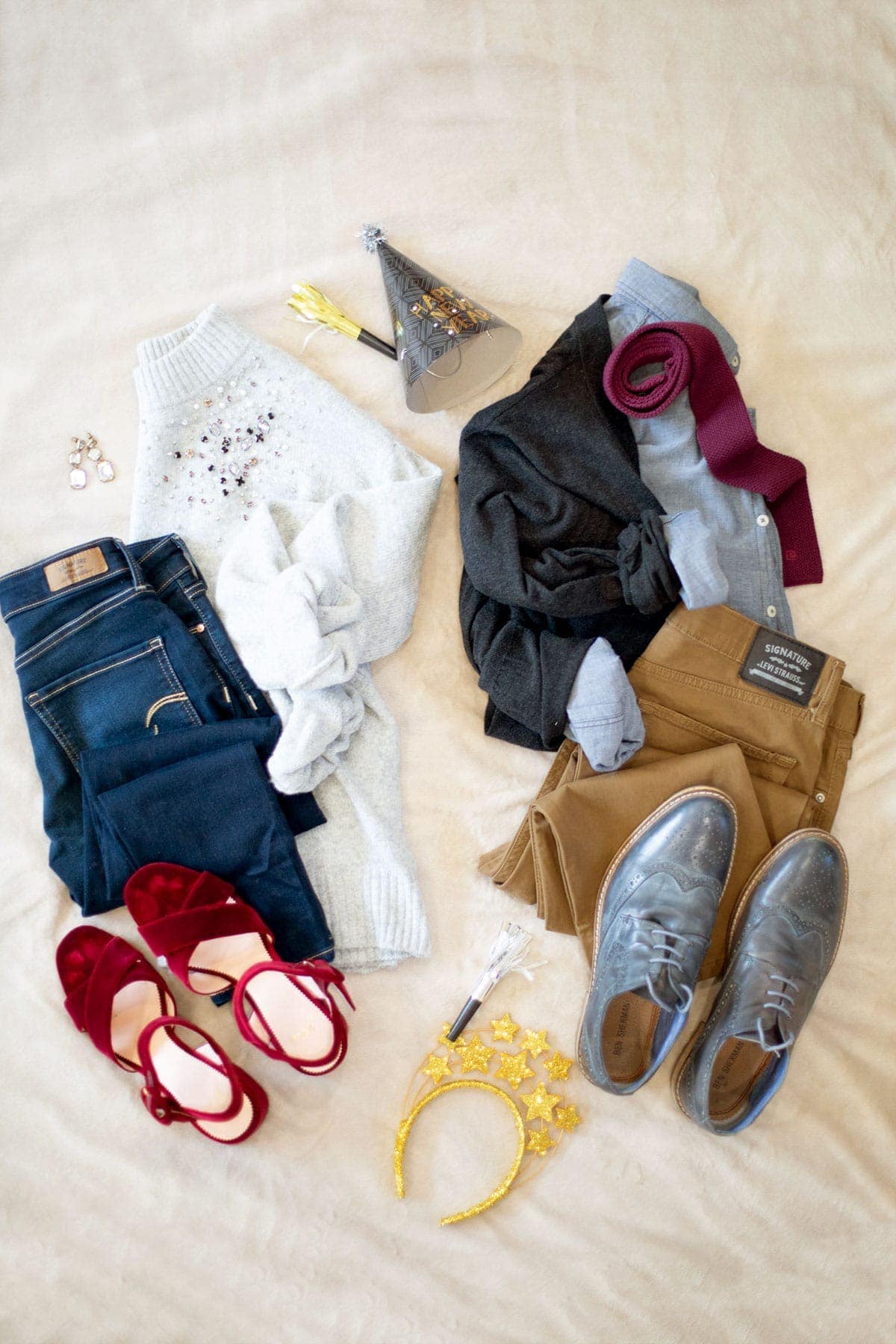 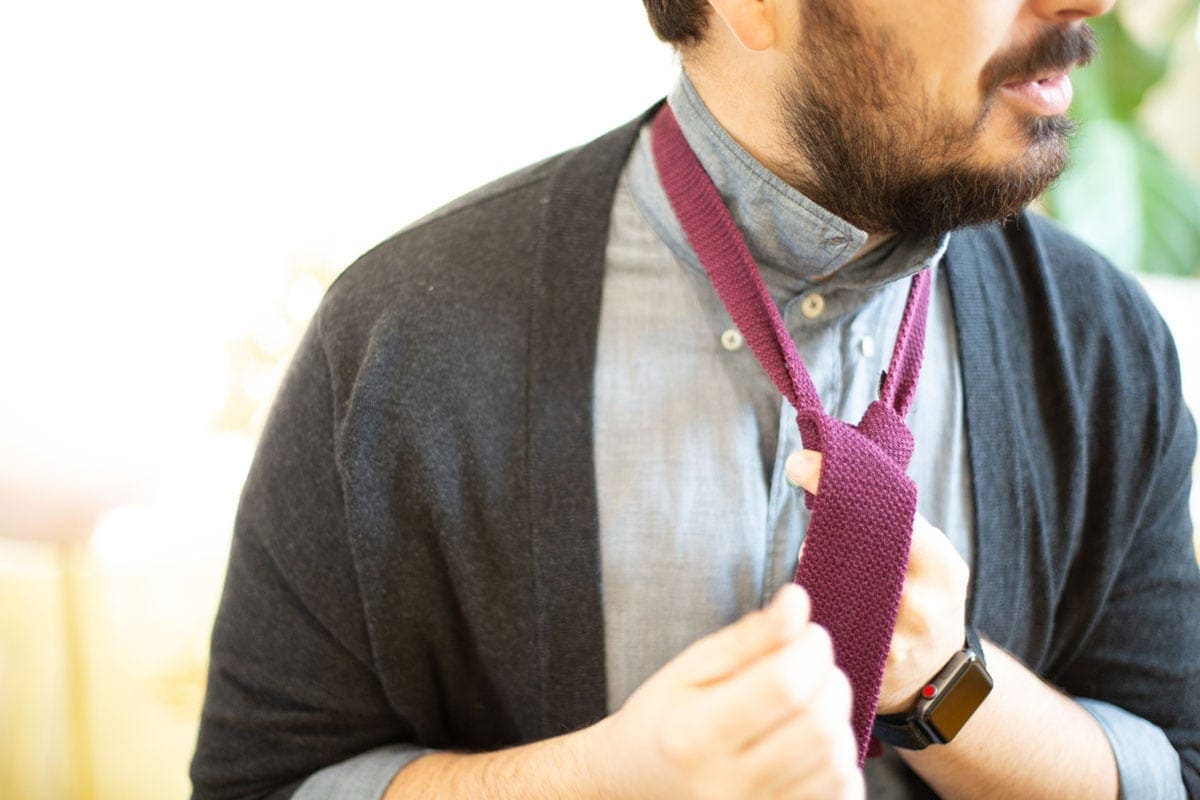 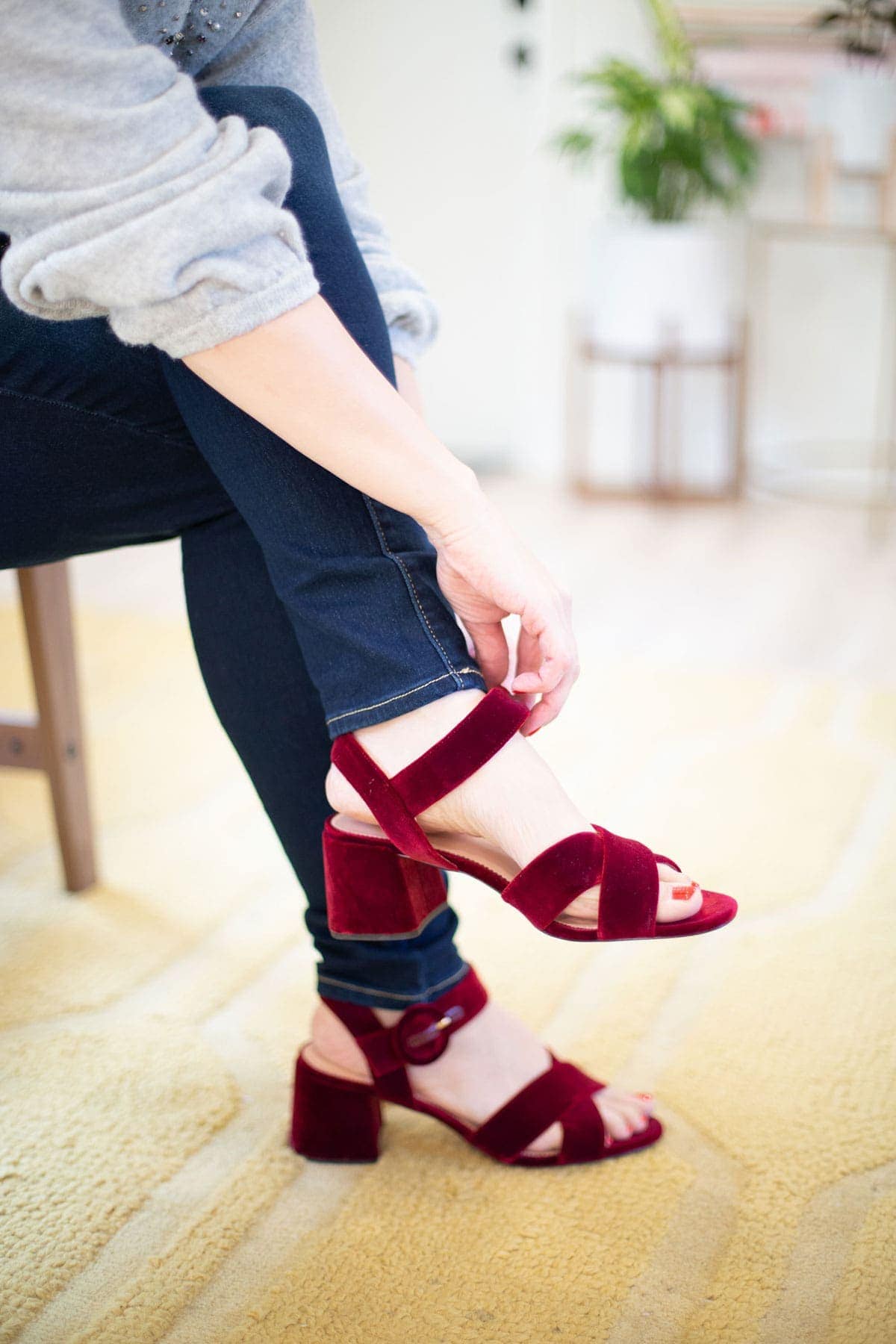 That dude of mine does casual classic so well, so he chose a chambray shirt with a cardigan and a vintage tie to pair with his Slim Straight denim in Rafter. Isn’t that a cool color? And I’ve been loving pairing those velvet heels with jeans lately; they were perfect with my Modern Skinny jeans in Flawless. These are also what I call the perfect “sweater jeans.” As in, they’re an awesome cut to wear with a sweater-length top because they’re super flattering. I paired a sparkly sweater (because hello, New Year!) and we snagged a few of our NYE party hats just for good measure. (And yes, we actually wore them.) It was actually kind of kismet to team up with Signature around the New Year, because I feel like they understand and value traditions and family as much as we do. 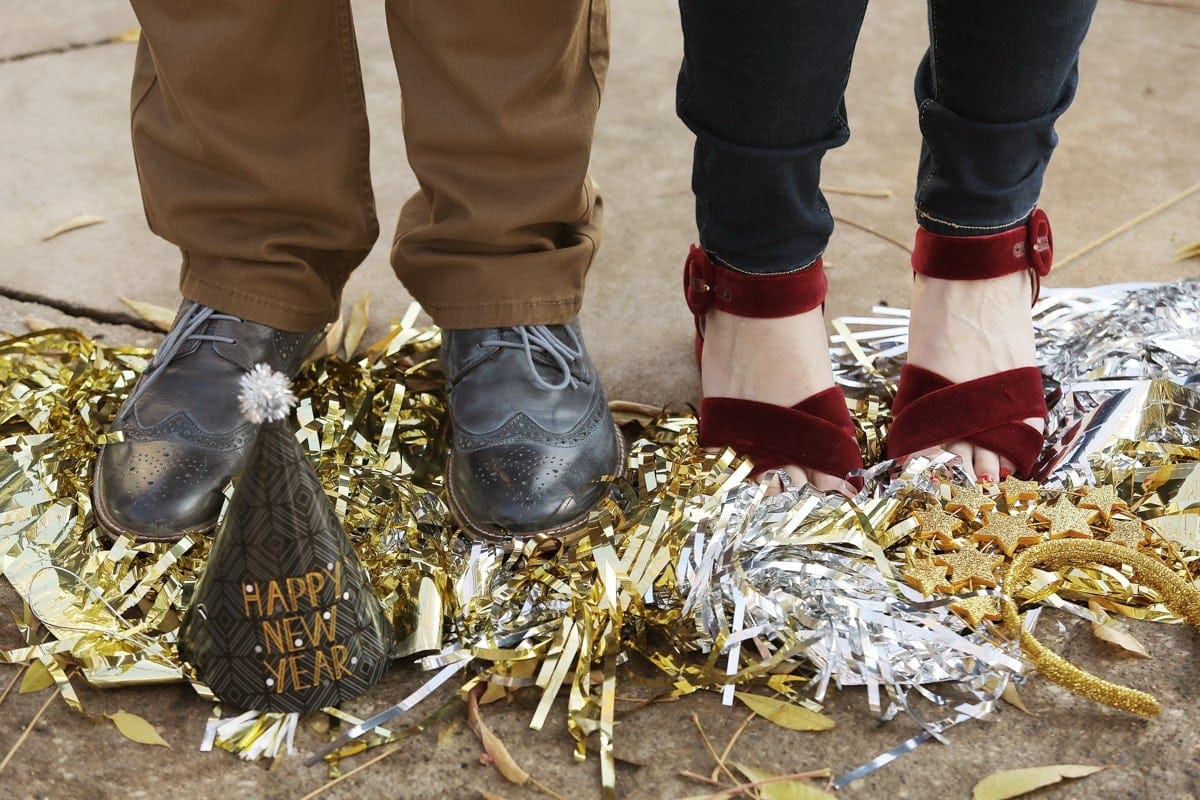 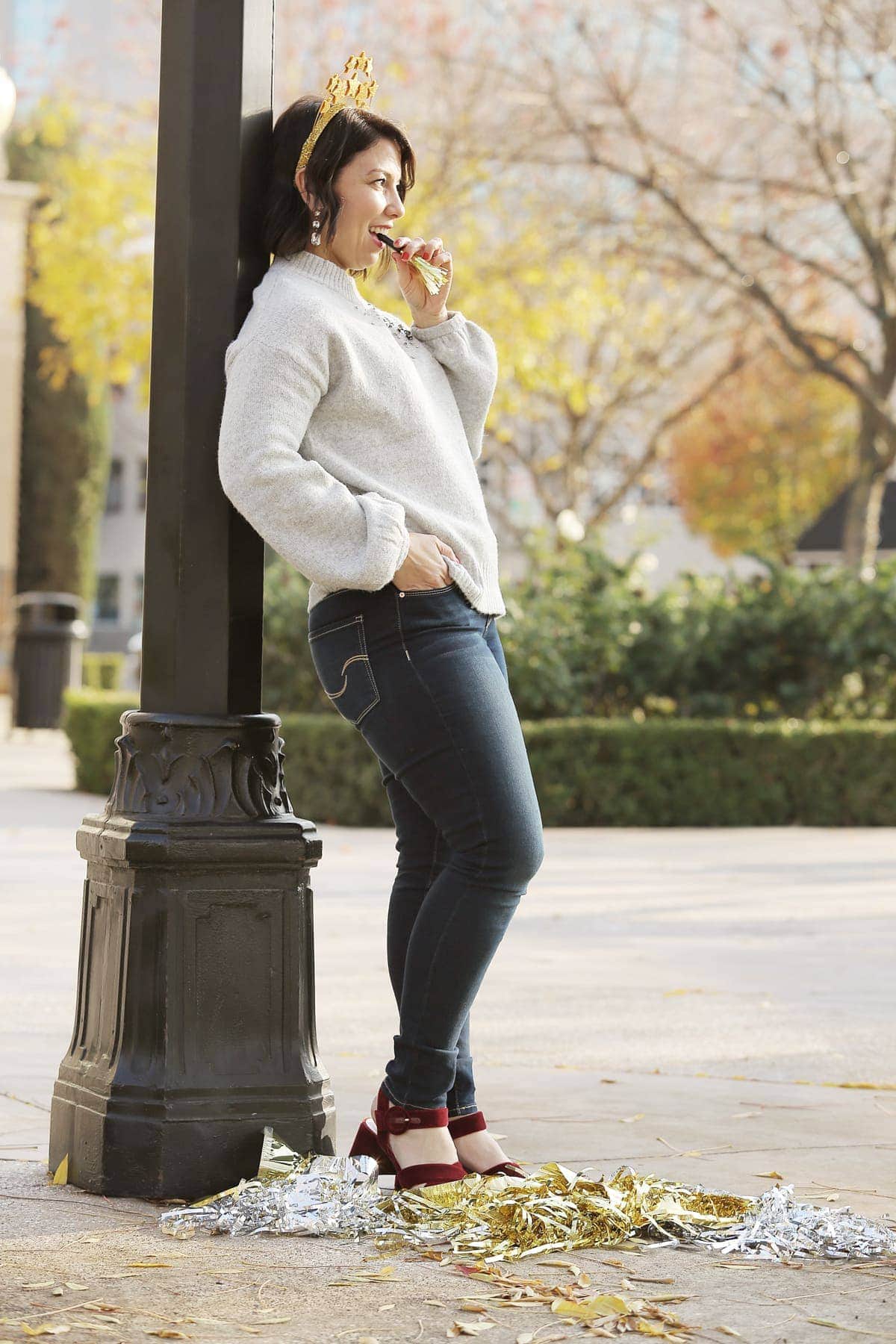 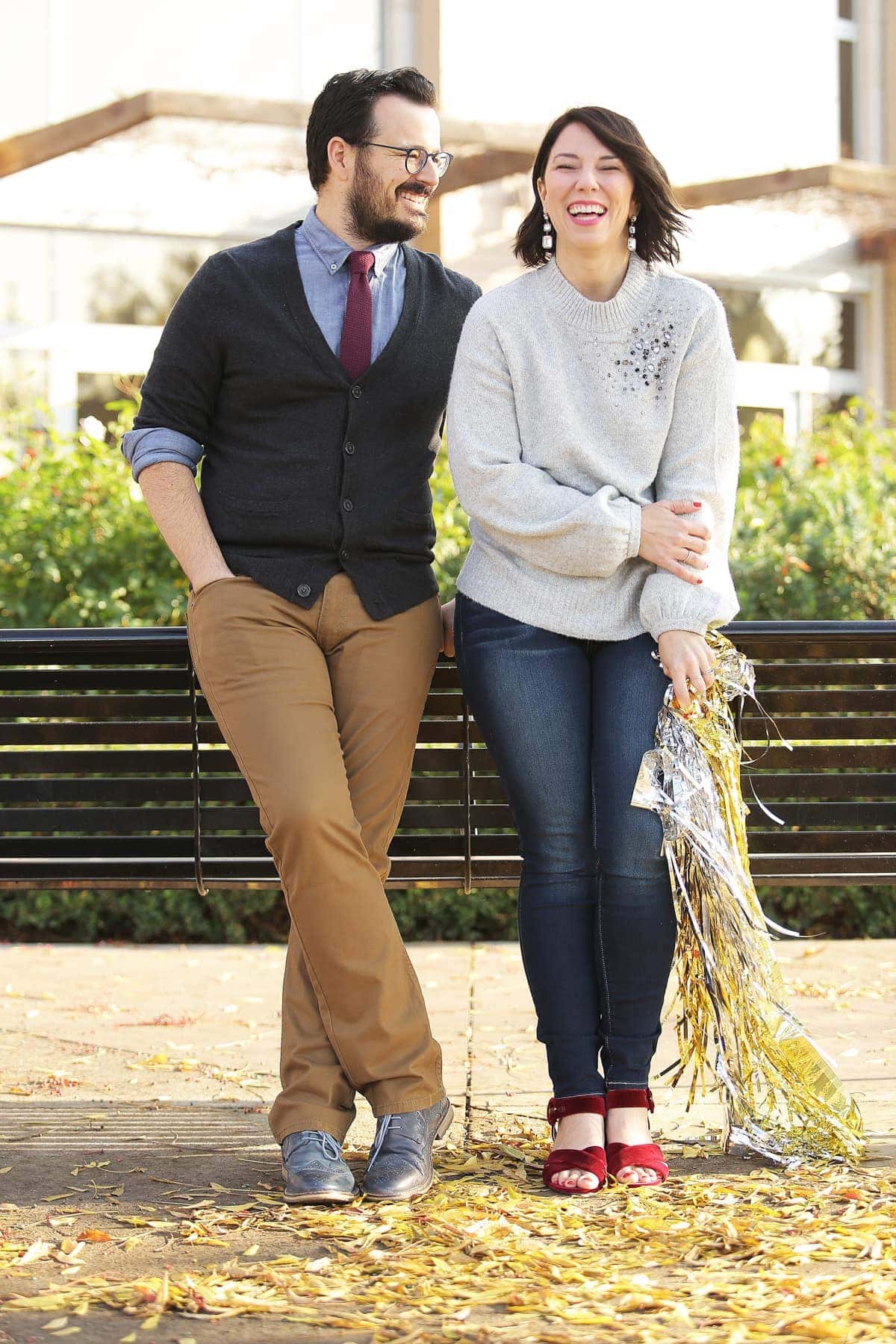 And speaking of traditions, it’s so interesting to me to have our end-of-year date now and think back to the things that were on our five-year plan in the beginning of our marriage. Some things are wildly different, especially now that we have kids, and some things are surprisingly similar. One fun thing? This was the year we accomplished one of Ryan’s goals from our early marriage when we brought home our rescue dog, Coco. That’s a pretty sweet one. Another funny thing is that according to our initial five-year plan, this would be the year that we would have had our second child. We checked that off the list a couple years ago already! Overachievers, we are. 😉

Do you have any traditions around the new year? Do you do anything similar to ours? I’d love to know if you ever sit down at the end of the year and take stock, or if you have any goals or dreams for the new year — big or small. Here’s to a beautiful year for us all. xoxo

This post is sponsored by Signature by Levi Strauss & Co. All ideas and opinions are my very own. Thank you for being supporting of the partners who help keep Lovely Indeed rocking! 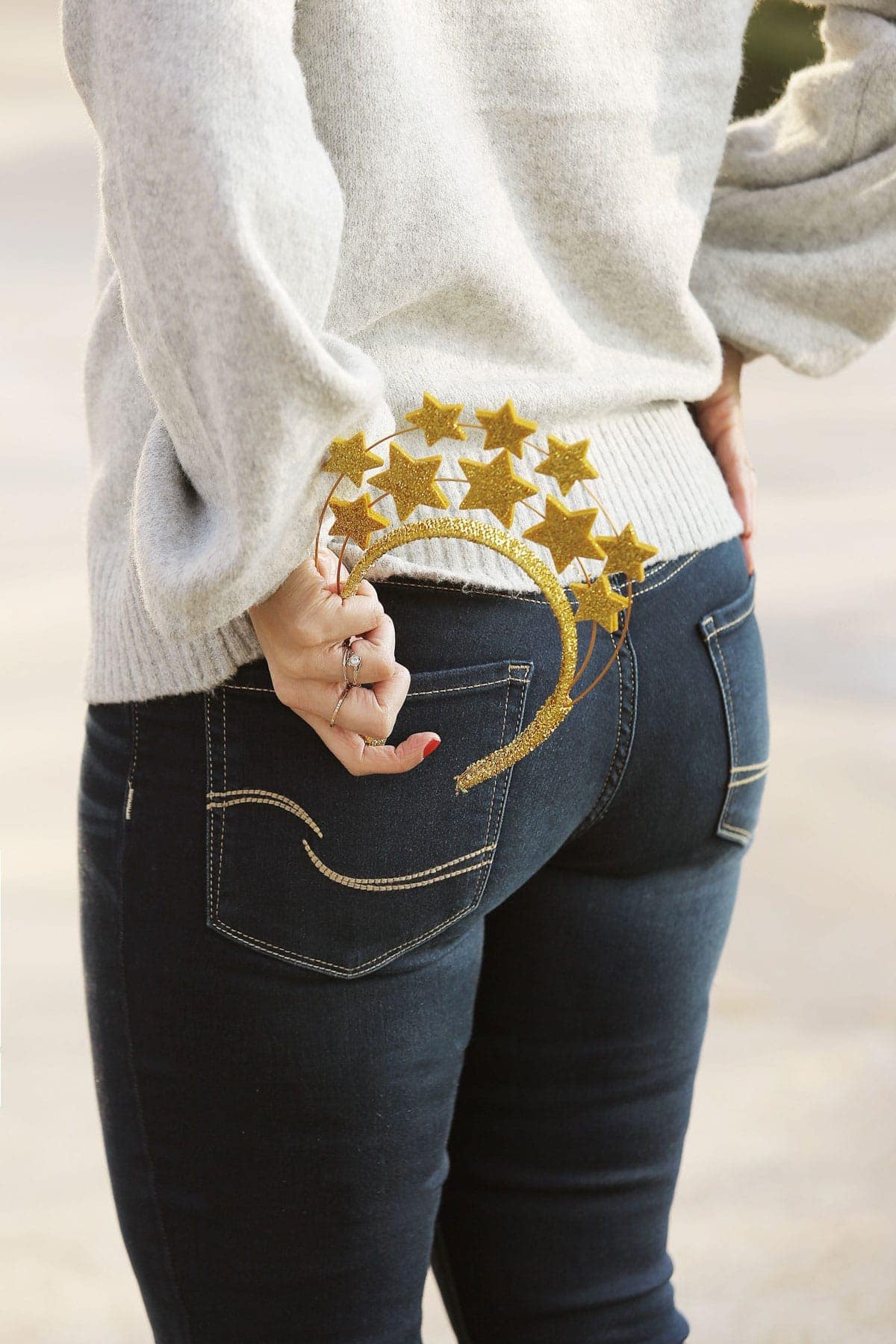 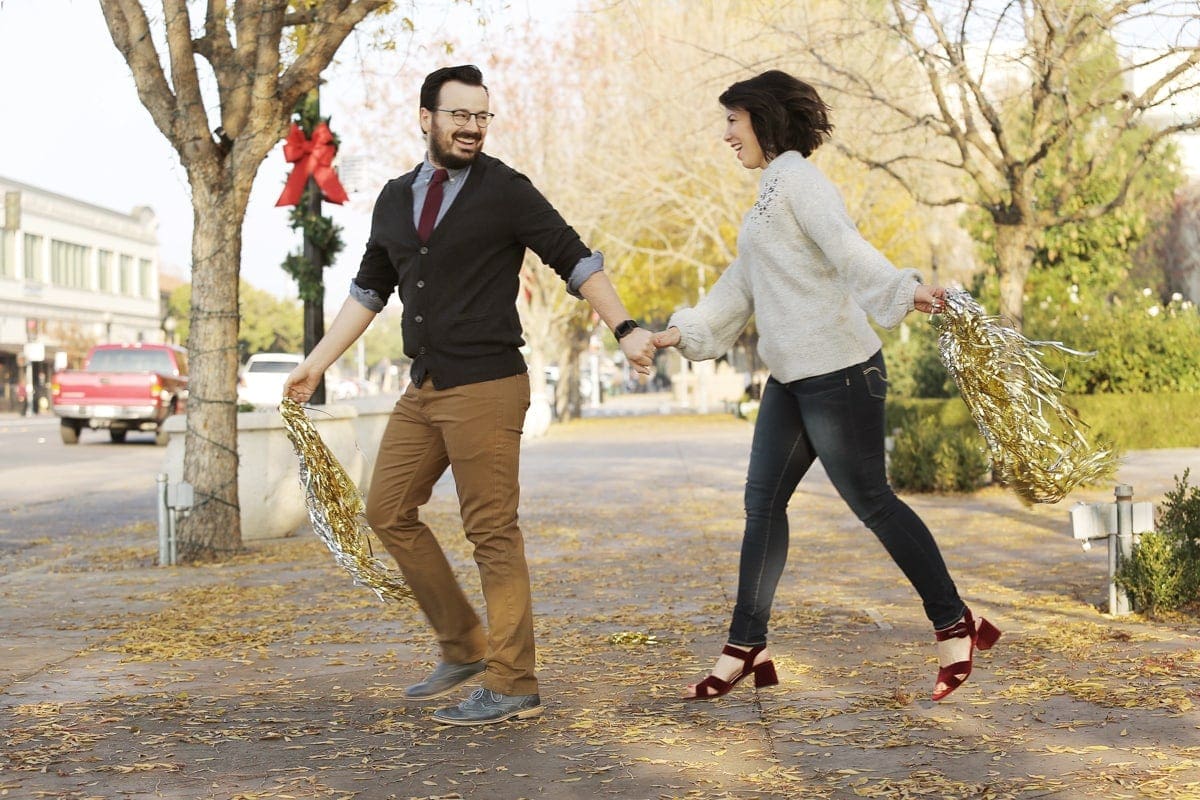 8 thoughts on “Our Marriage Tradition at the New Year”