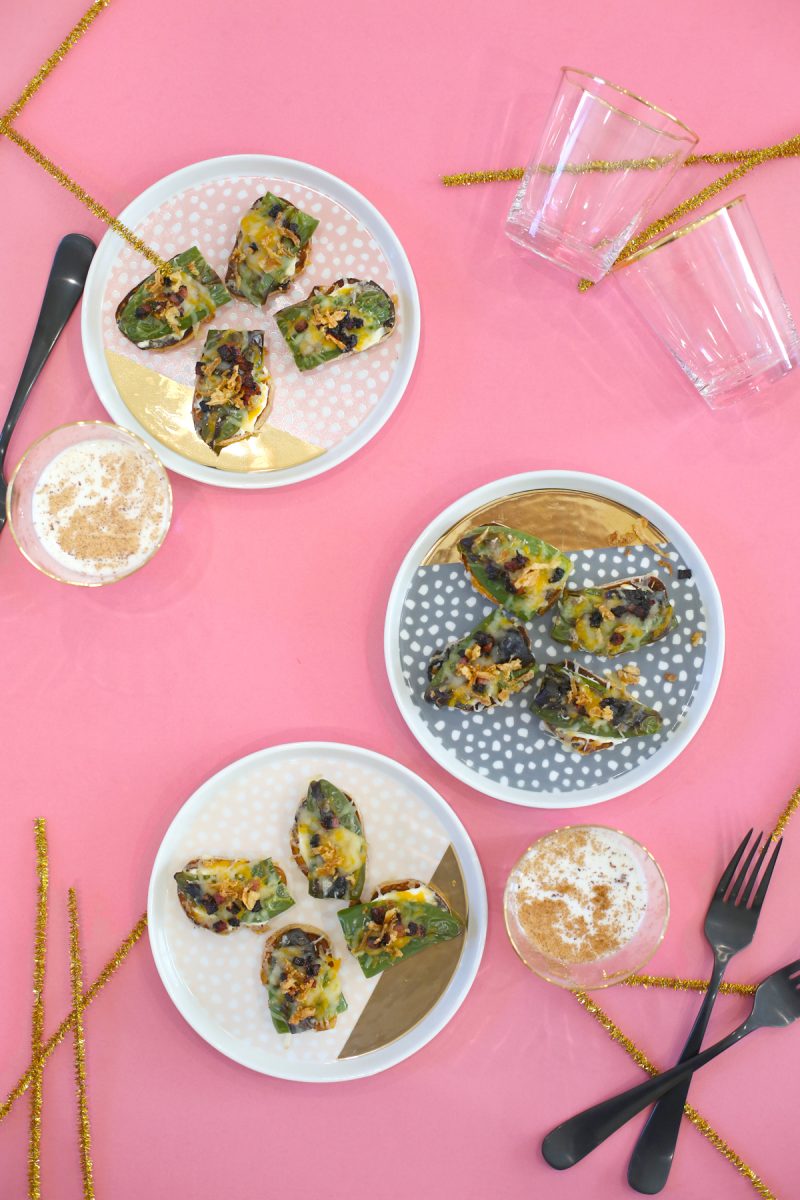 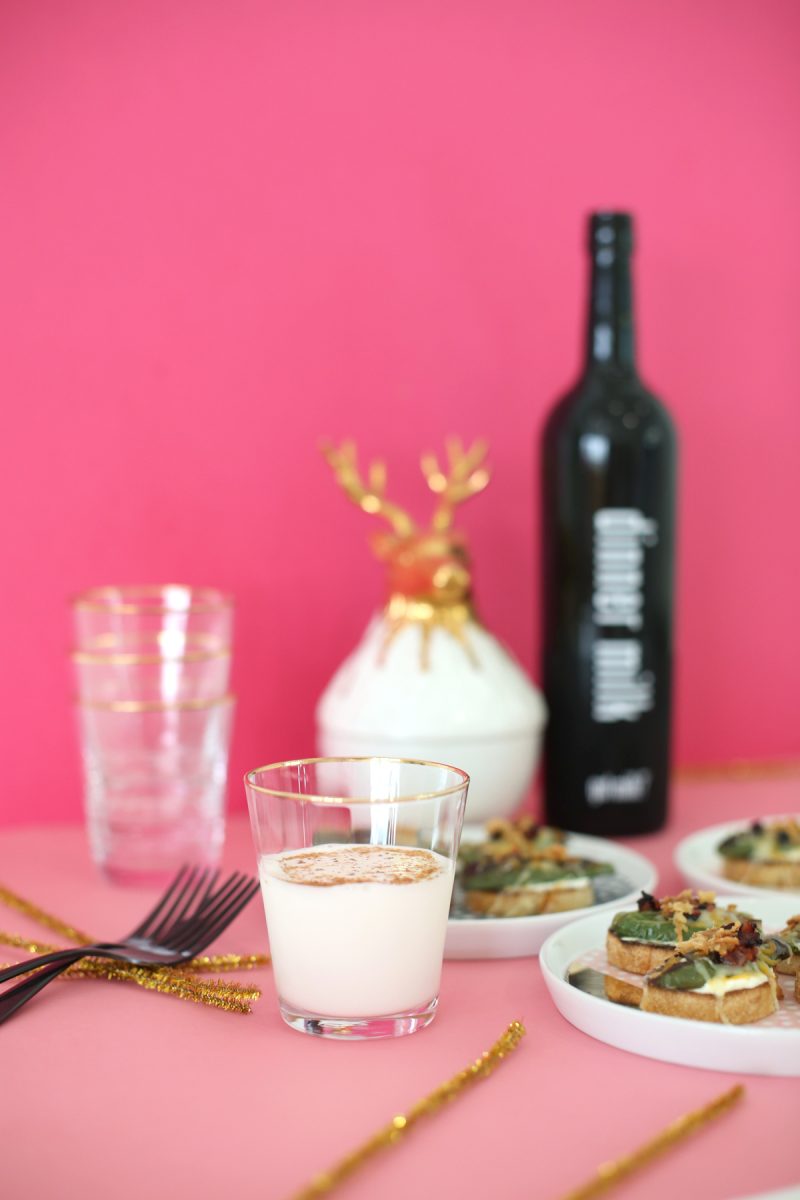 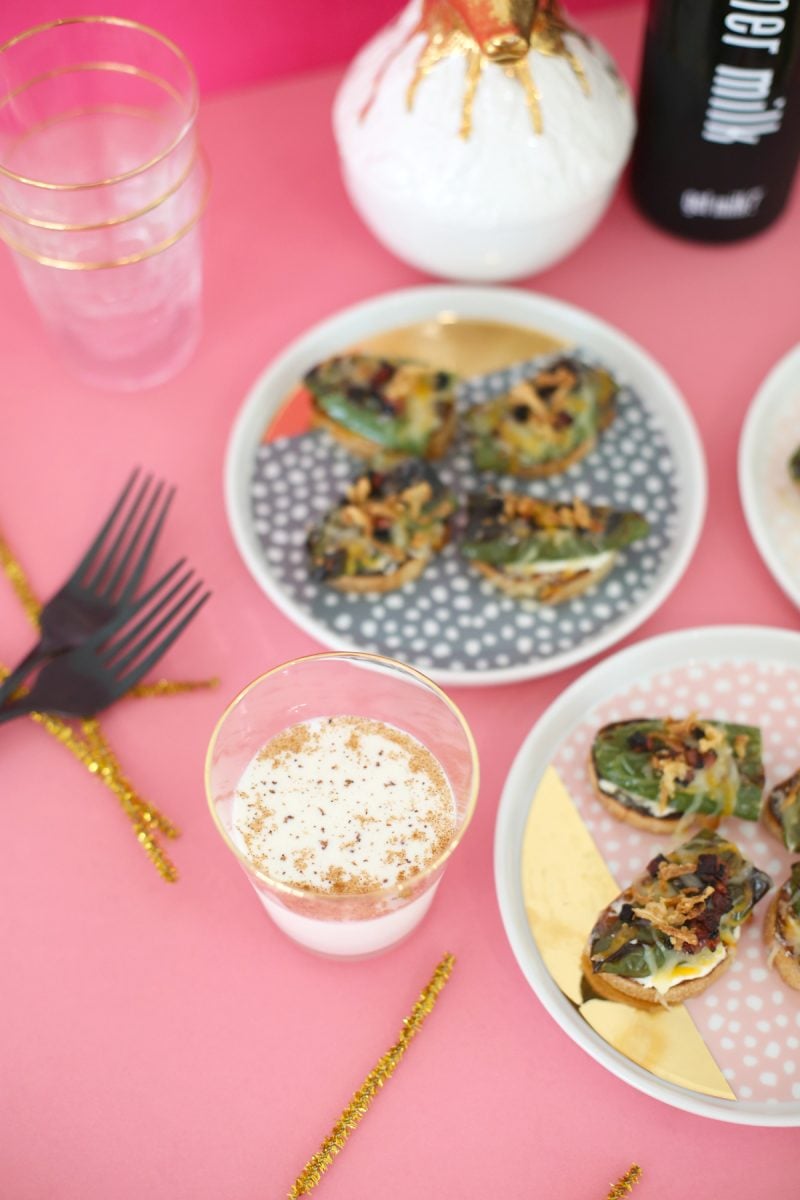 Who’s having people over for the holidays?! We’ve had lots of peeps coming and going from our house with the new little one and the holiday season. I was messing around in the kitchen recently and came up with this fun appetizer snack that I love having around when people are stopping by. It’s kind of a deconstructed jalopeño popper on a cute little crostini. So good! And for the folks who need an extra compliment to something spicy, I’ve been making these refreshing spiced milk shots to go with the crostini, because, after all, #FoodLovesMilk. 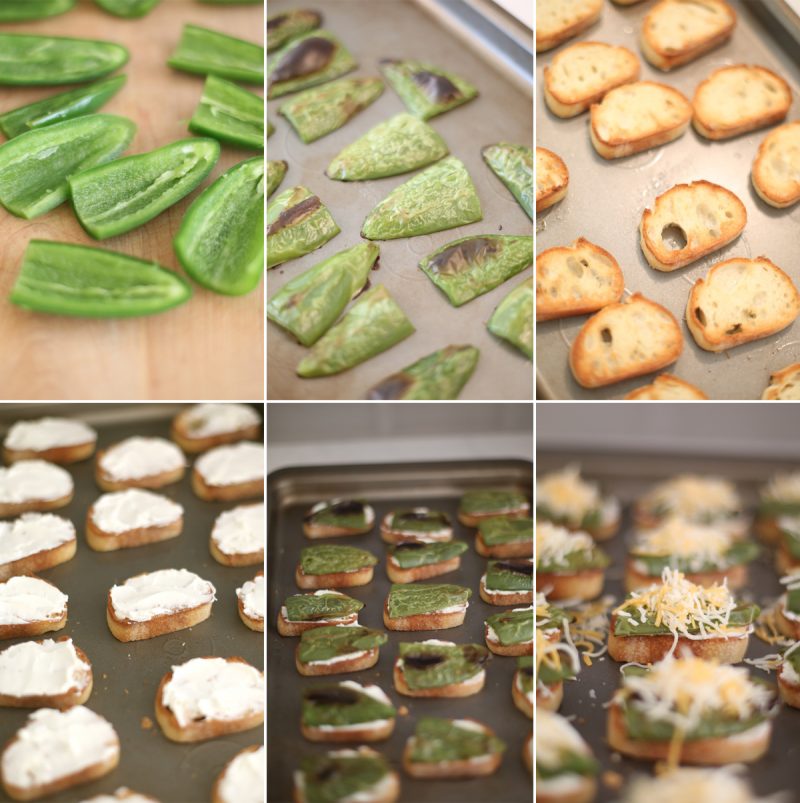 Start by dicing and pan frying your pancetta until you have small, crispy pieces. Set aside to cool.

Prep your jalapeños. Slice off the stem, cut them in half, and scoop out all the seeds. Place them skin-side-up on a cookie sheet and broil for about 2-3 minutes, or until the skins start to blister and turn black.

Slice your baguette into 1/2″. Mist or brush on a light layer of olive oil on each piece. Spread in a single layer on a cookie sheet and broil for 1-2 minutes, until the tops of the slices become slightly crisp and begin to brown.

Leaving the bread on a cookie sheet, spread a layer of cream cheese on each slice of bread. On top of that, stack a piece of jalapeño, topped with a sprinkle of shredded cheese, a few pieces of pancetta, and some onion strings or bread crumbs. Place the pan under the broiler for a quick burst (you may only need about 30 seconds), just until the shredded cheese melts. Remove and set aside.

While your crostini is cooling just a bit, mix up some spiced milk shots! Fill a rocks glass half full with cold milk; add a dash of cinnamon and a dash of nutmeg. Whisk quickly with a fork. If you’re feeling fancy, whip up a batch ahead of time and pour it from a bottle just for fun. 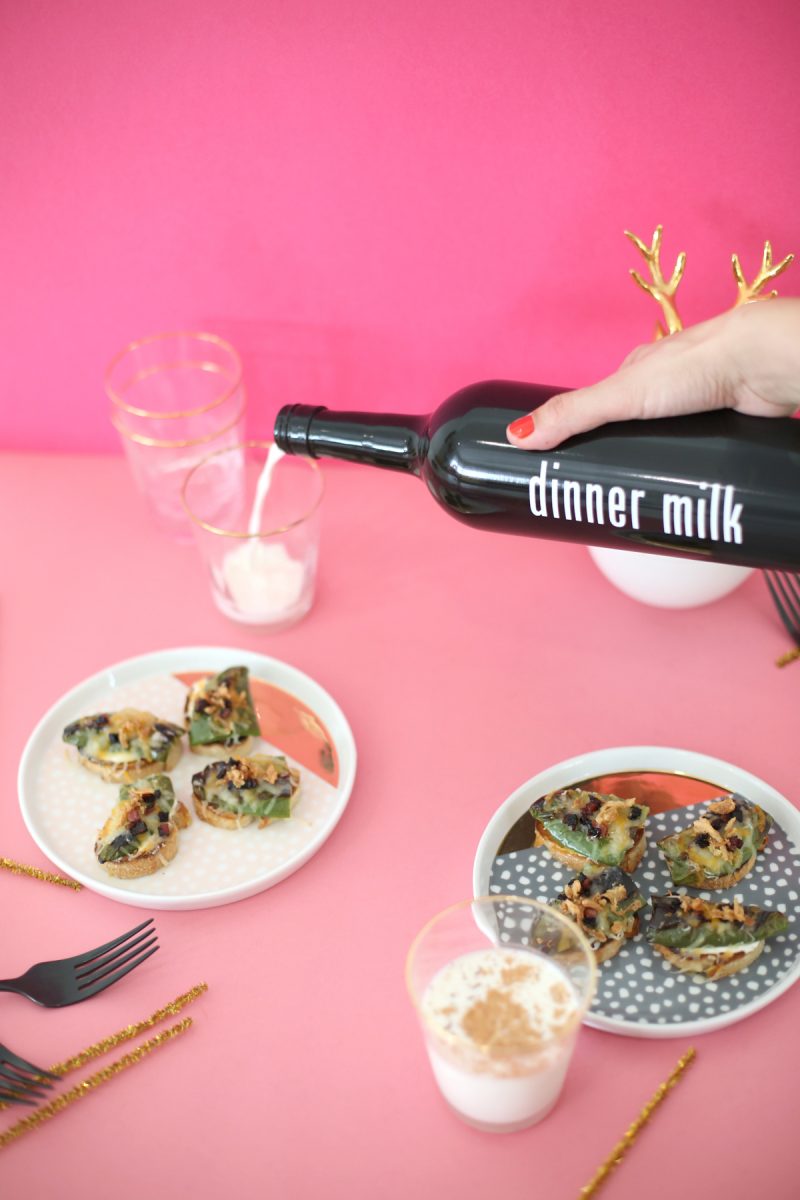 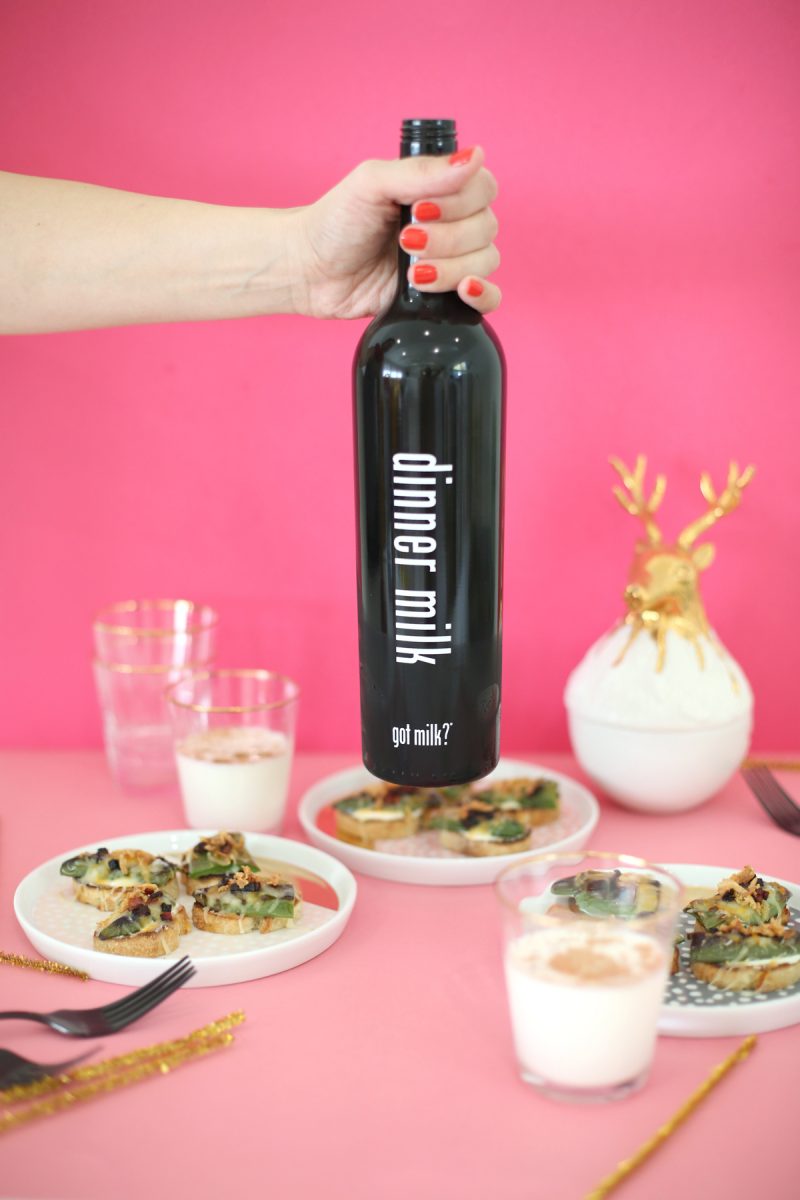 Serve your guests a few crostini with a milk shot and enjoy! The milk is a perfect chaser for the slight spice of the jalapeño, and the added spices in the milk are a subtle nod to the holidays that’s just right (although I’d serve this all year!). It’s a little unexpected but a totally fun combination, and a great way to get some milk in your day. Have fun! xoxo 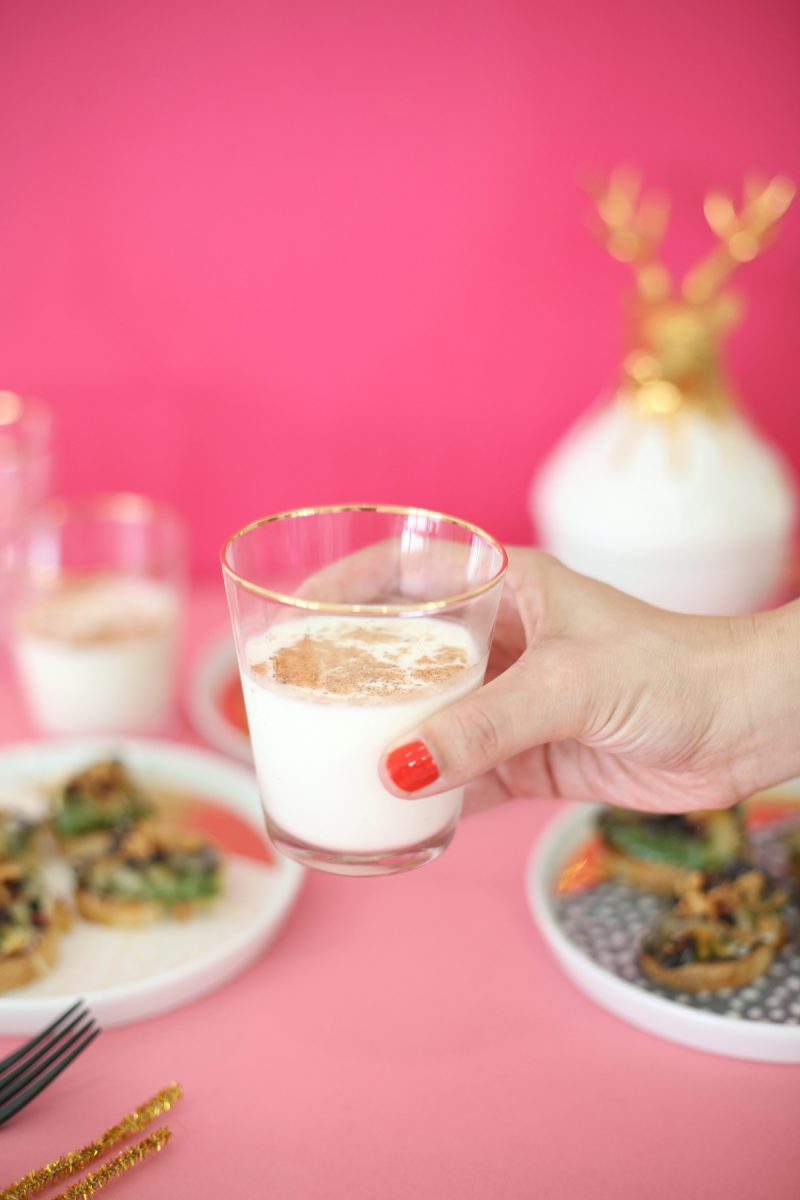 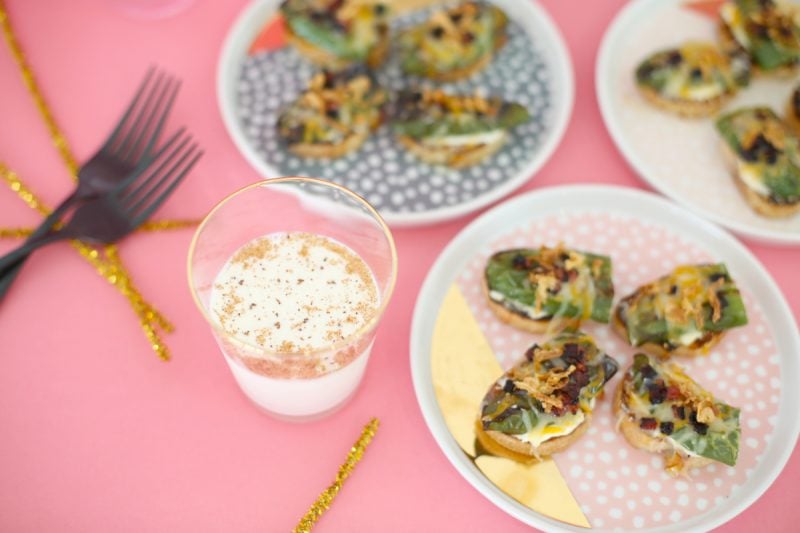 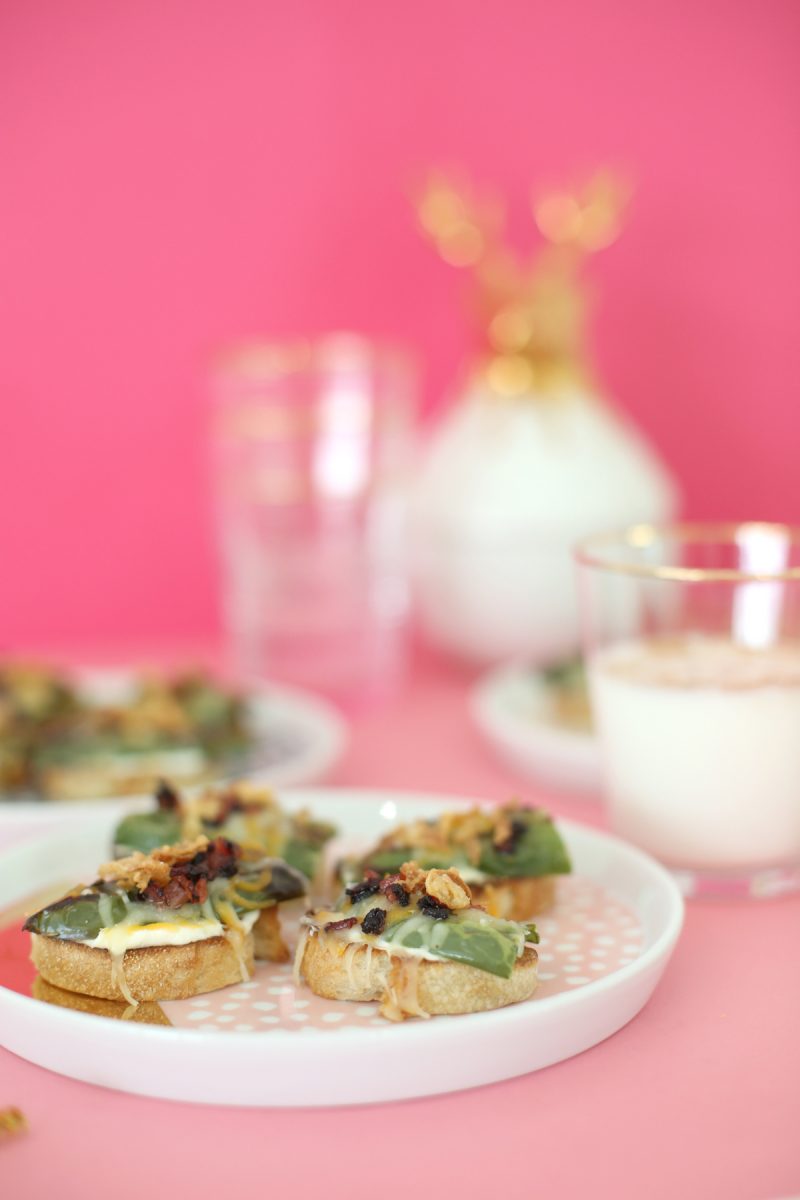 This post is sponsored by got milk?. All ideas and opinions are my very own. Thank you for being supportive of the partners who help keep Lovely Indeed rocking!