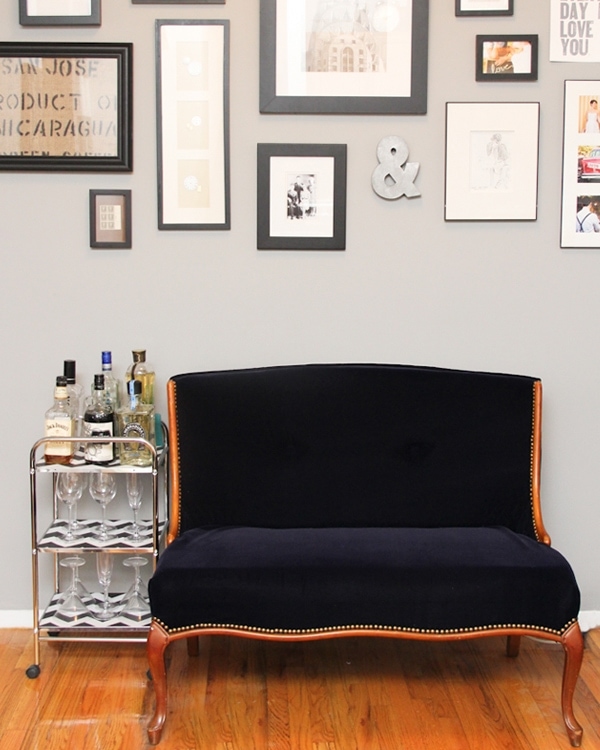 The scavengers strike again!  Mr. Lovely spotted this vintage settee in a friend’s basement, waiting to be discarded, and he sort of became a little obsessed.  He had a vision (one that I admittedly was having a hard time getting into) of what it could be, so he went to work. 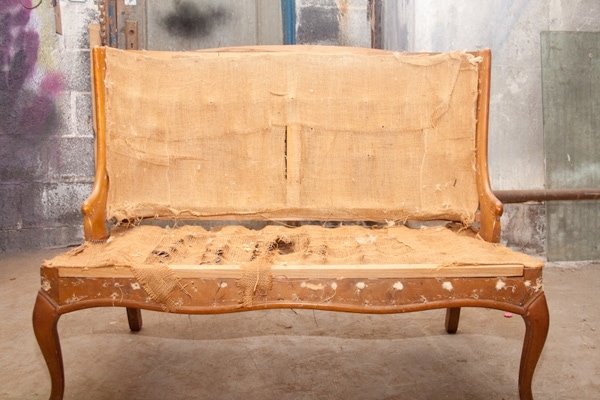 He stripped all of the old upholstery off, removed all the nails and other riffraff, and cleaned the piece thoroughly.

He ordered foam, burlap, decorative nails, and lining for the underside from Online Fabric Store.  We decided together on inky blue velvet for the upholstery, and we found that on Amazon.  He lined the skeleton of the settee with burlap, affixing it with a staple gun.  Then he fit the foam to the piece, trimming it down as needed (we actually found that a sharp kitchen knife worked the best, since we didn’t have foam cutting tools). 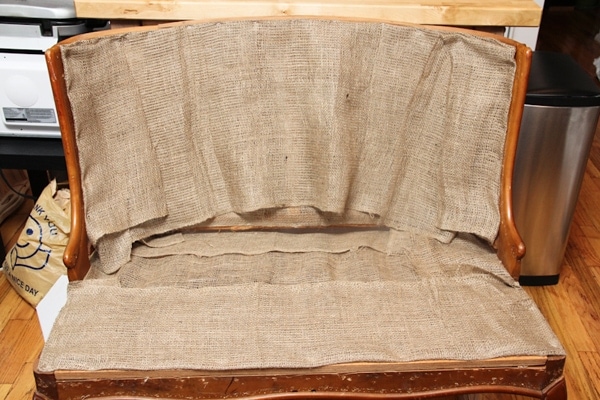 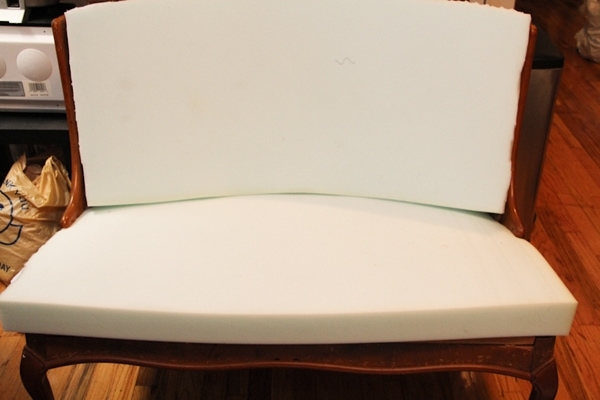 I think for the next part Mr. Lovely just sort of threw caution to the wind, laid down some fabric, and started hammering in the finishing nails.  I might suggest doing a little more planning than he did, but hey — who am I to say? 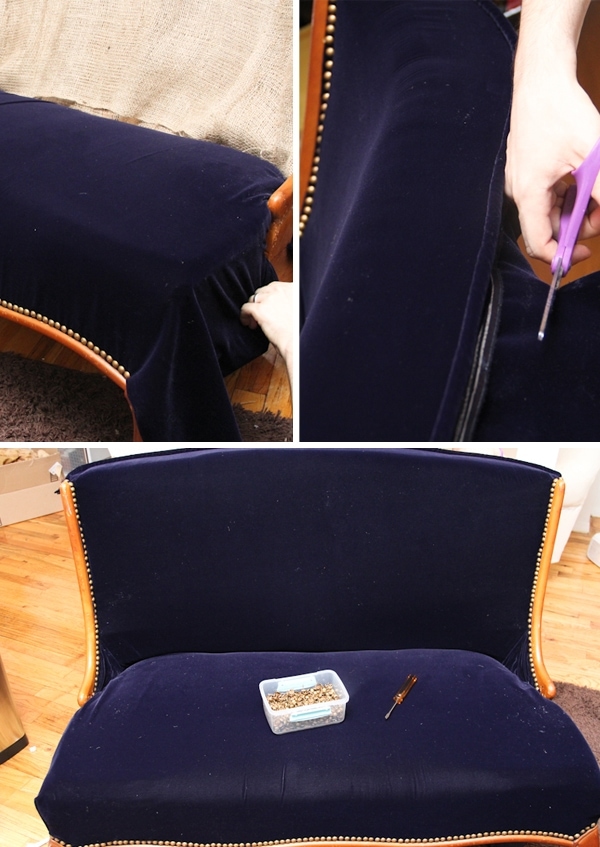 Because ta-daaaa!  It looks kind of awesome.  It’s not perfect, but it’s perfect for us (especially because it was a project that we got to share).  We originally didn’t know what we were going to do with it because our place is so tiny, but we liked it so much we ended up rearranging our whole living room for it.  And now it’s kind of a fixture.  xoxo 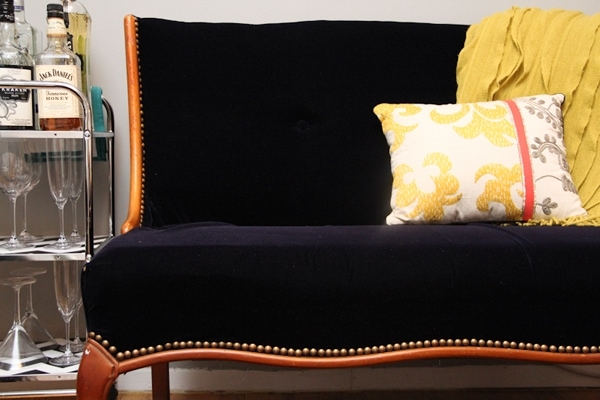 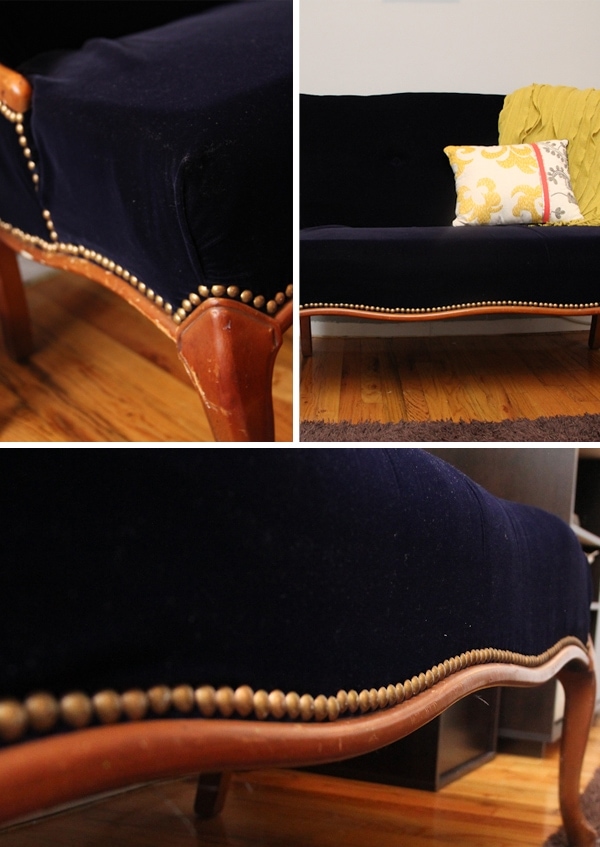 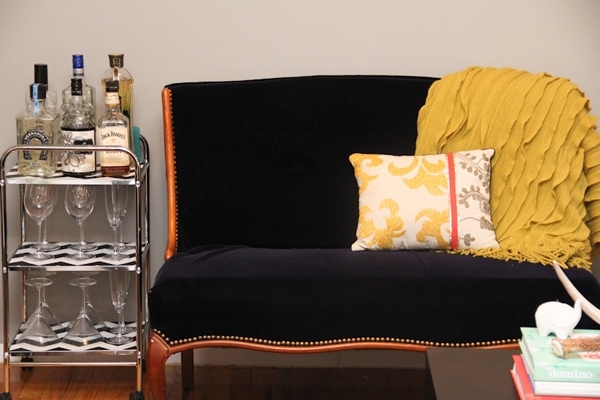