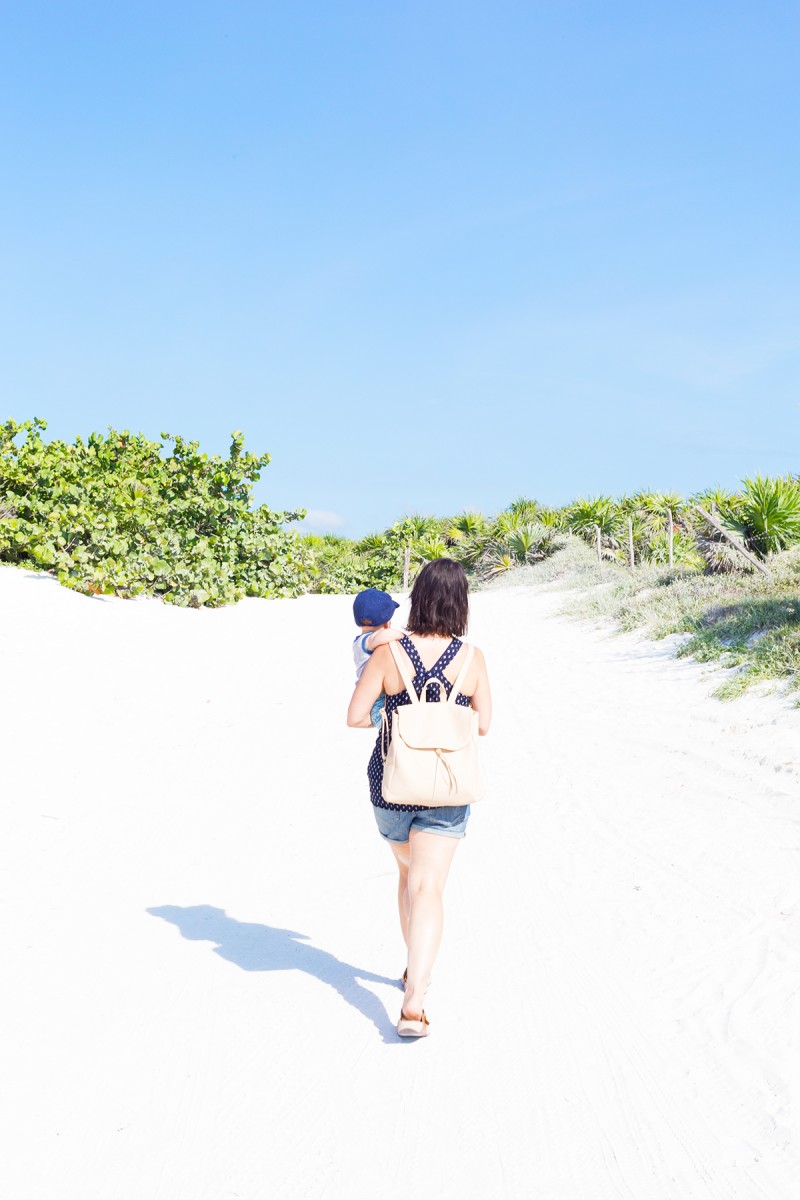 When we were new parents, people would ask us all the time what we were learning or what our major takeaways were. I always had a couple. First, I had no idea you could love something so much. And second, it was my personal mission to never judge another parent for their choices in parenting, because this shiz is hard.

Henry is a vocal dude. He’s happy. He’s a little boisterous. Lately when we’re out at restaurants he gets excited and lets out these little yelps. Obviously we are trying to teach him that yelling at the table or in a restaurant is not cool. (And truthfully, it’s not even that loud.) But what do you do in the immediate? There’s no stopping a baby who’s so happy he has to crow. So every time it happens, you teach. Sometimes we look around and see other parents (most often grandparents) smiling like they know the drill and kindly excusing our loud kid. Other times I catch the eye of somebody who clearly doesn’t think we’re disciplining well, or who thinks that perhaps this fine establishment of In ‘N Out isn’t the proper venue for a loud baby. And every time I see those looks, I just cringe. Partly because I’m a people pleaser and hate making other people upset. And partly because I think the children and families in our communities would be so much better off if people would just stop judging.

Then there’s what I like to call “milestone judgement.” This sounds something like, “Oh, wow… He’s not walking yet? Isn’t he 11 months old? Oh, don’t worry — I’m sure he’ll get it…” Or, “How funny! MY baby was saying full sentences at one year!” Or, “So you’re going to switch him to cow’s milk, right?” See where we’re going with this? And I always wonder about those milestone judgers out there: Does it make them feel better? When the passive aggressive judgement is flying, is it because they’re trying to feel more confident about their own parenting choices or their child’s milestones? Because I’m not entirely positive what other reason there might be to get all judgy on a fellow parent. When you get down to it, this gig is hard enough without having the pressure of judgement from other parents, when really all anybody wants is to do the best thing for their babies.

I confess: I’ve been guilty of it too. Perhaps not vocally, but I’ve definitely passed judgement in my head before even realizing what I was doing. But I do try to fight it with everything I’ve got. Because there’s no way to know the full story. Maybe that mom at the park who’s on her phone has been home with the kid all week and just needs two seconds to decompress. Or maybe that dad is spanking his child because it’s the only discipline that gets any traction. It’s impossible to know every nuance of a family dynamic. And what’s more, when you’re in the trenches of parenthood, sometimes you just have to do your best to survive.

Tell the truth – have you caught yourself judging? Or if you’re a parent, have there been certain times when you’ve felt judged? xoxo