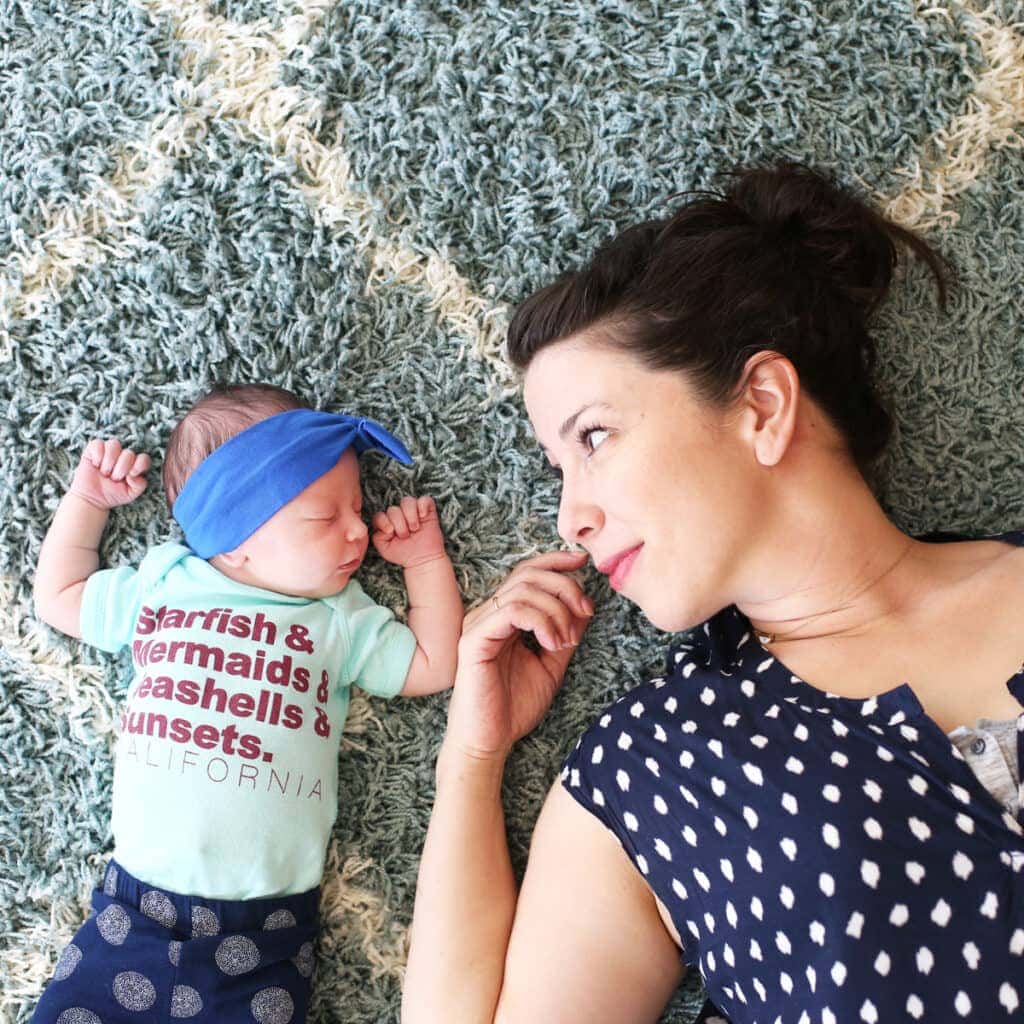 We are deep in it, folks! I thought I’d send a little dispatch from Babytown in real time, to let you know how we’re adjusting as a party of four. It’s wild and wonderful and totally scary and totally amazing. Here’s what’s been going on.

SLEEP This is everyone’s first question! Are we sleeping? Well, we have a newborn so we’re not exactly luxuriating in our beds for hours on end. But yes, this baby does let us sleep! She wakes to eat about every 3-4 hours at night, so I get a few 2-3 hour chunks of sleep and Ryan gets a little more. When I can’t keep my eyes open after I feed her, I hand her off to Ryan to get her back to bed. The beauty of this babe is that she really only wakes at night when she’s hungry, and she’s pretty easy to get back down. I have memories of walking and shushing with henry for hours on end his first few weeks. We still need to nail down a morning routine with getting her and Henry both up and fed and clothed at the beginning of the day (not to mention getting mom and dad showered!), but we’ll get there.

EATING I’ve been blessed with two babes who have taken to nursing really well. She eats like a champ from her very first latch a few minutes after she was born. In the meantime, I want to eat everything in sight; I forgot how starving I get when I’m breastfeeding.

HENRY Another thing we get asked all the time is how Henry is handling the new baby. And I’m so happy to say (and knocking on all the wood) that he’s been an absolute dream. I was kind of worried because he’s approaching those terrible twos and is prone to tantrums and big feelings these days. But when it comes to Maggie, he’s gentle, sweet, curious, generous. It’s incredible to watch him fall in love with her a little bit more every day, and it makes me so glad that they are siblings. There’s something really special there. (Side note: It ain’t all sweet. We did have one major meltdown where Henry was convinced that he should be sitting in Maggie’s carseat.)

TWO BABES And finally, how the heck is it to suddenly juggle two kids? It’s hard, yo. It’s even hard right now and Mags is still sleeping most of the time. So it’s only gonna get harder. Right now we are both taking some time off of work and so we always have two sets of grownup hands to deal with the kiddos. But during the few times that I’ve been alone with both of them, my brain kind of spins with the possibilities of everything that could go awry when a toddler and a newborn both have big needs and demands. There was one time I was alone, Maggie was crying because she needed to be put down for a nap, Henry was crying because he wanted to be picked up and read books, and there was no explaining to him that if he could wait for about 60 seconds I would be able read with him. I love that our kids are relatively close in age (22 months exactly), but with a toddler that age there’s very little reasoning or logic. So you have to find ways to help him understand about waiting, patience, and all that. BUT. There are little moments where I can see how it will all fit together one day soon, and I totally love rolling with our squad of four. It feels complete, and so good.

SWEET MARGUERITE As a tiny person, Maggie is awesome. She’s pretty mellow and only cries when she needs something. When she gets it, she’s chill again. She’s very alert and has these bright eyes that look at you and you feel like she knows things. She’s got a totally expressive face and sometimes looks at me like grownups do. When she sneezes or hiccups she sounds like a dog’s squeaky toy. She likes listening to me sing (which is more than I can say for her brother, ahem), is a tummy time champ, and has weirdly long feet. At two and a half weeks she’s grown an inch in length and put on about a pound and a half. That’s hard work, yo!

So that’s all from Babytown for now! Stay tuned for more updates on this wild, normal, awesome life. xoxo

4 thoughts on “Updates from Babytown”