The eating habits of a toddler are truly baffling. There are sometimes weeks on end when my kids seem to eat nothing at all, and then one day they wake up and can eat twice as much as I do. I used to worry about it but these days I don’t stress too much — they’ll eat when they’re hungry. That being said, I do always try to get some nutrition into them, so I wanted to share the trick we use when our kids won’t eat anything. 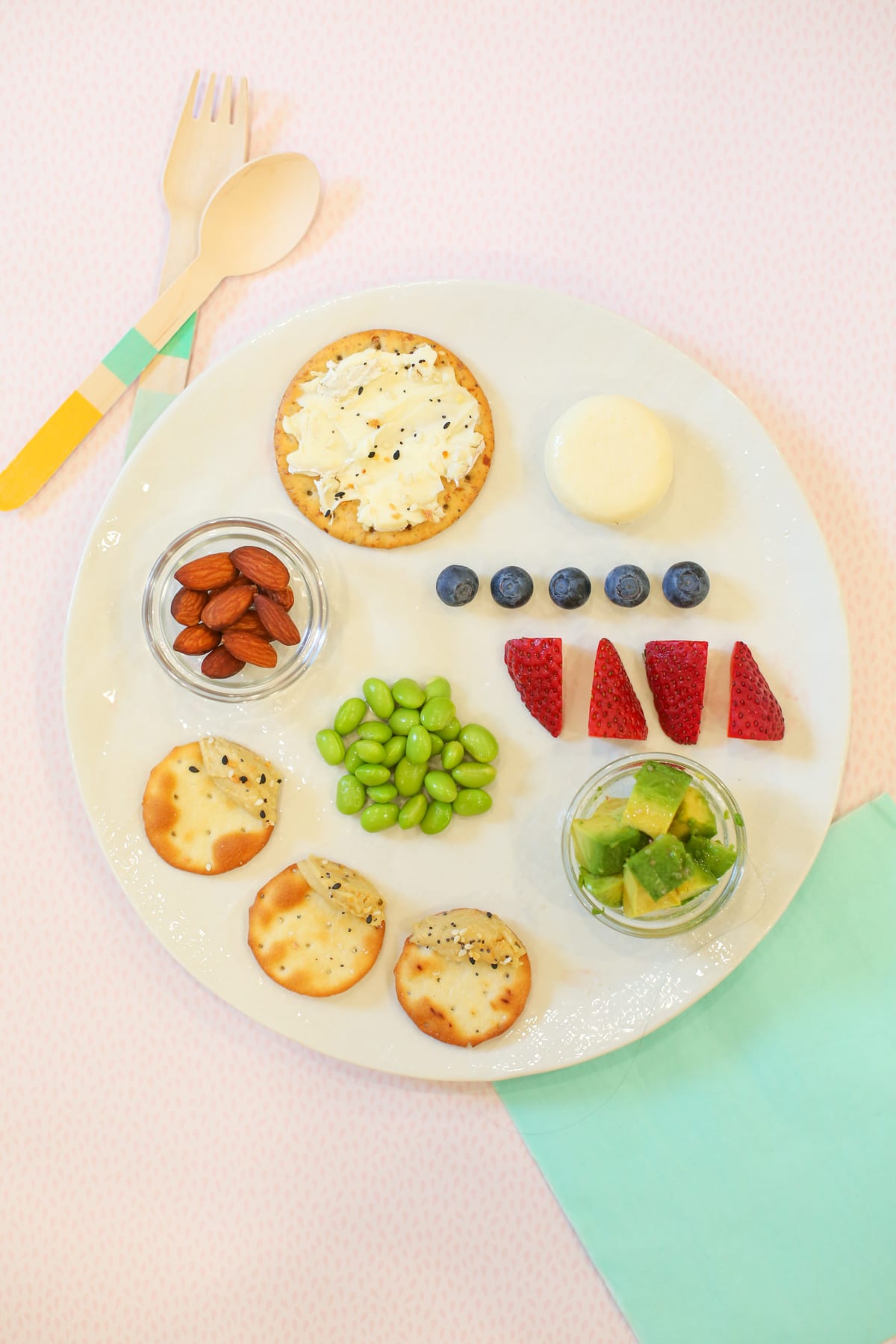 When my kids won’t eat, it’s usually because they’re being picky and trying to get us to make something other than what we’re serving. But unless there are extenuating circumstances (like after Henry had his tonsils out), we kind of expect them to eat what we serve. That being said, I ain’t heartless! If they’re having a hard time eating, we try to plan meals that we know they love. And when all else fails, we pull out our big trick: I call it “The Smorgasbord.”

The Smorgasbord is a simple concept — it’s basically a tiny bit of a bunch of great foods. But for some reason, when I serve my kids this way, they love it. I think it’s in their genes, because I actually really like eating this way too. It’s like a sampling of all the best stuff at a buffet or something. The photo above is a perfect example, and one that I served them for snack the other day (although it would definitely qualify as a meal in a pinch). On that plate is edamame, strawberry, blueberries, almonds, crackers and hummus, brie cheese, Babybel cheese, and avocado. When I serve my kids something like this for a snack, even if they eat a quarter of it, I can at least guarantee that they’re getting a little protein and some fruits or veggies. But for some reason there’s magic in The Smorgasbord, and they usually end up eating a good amount of it!

I think they also love eating this way because it just looks fun! There’s something about all of the little bits of food that makes it feel less overwhelming, and more like something special. Sometimes, if we’re going through a tough patch where they just won’t eat, I’ll break down their dinners into plates like this so that whatever we’re serving is in little containers or cute portions. It just takes the pressure off both them and us, and moves the focus to something positive — especially if mealtime has been stressful as of late.

Of course, there are days when even The Smorgasbord doesn’t work, and then we just let it go. If you’re having a tough time feeding your kids, you’re not alone! I always try to remind myself that the difficult patches will pass. Hope this little trick works for you! xoxo