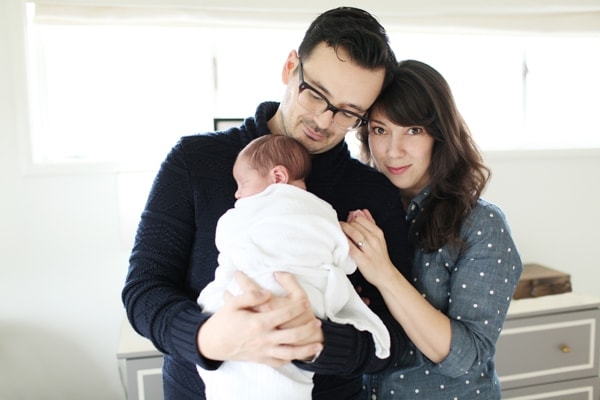 Woah guys. I have so much to say on this subject it might as well be its own column. Ryan and I have been through a good number of changes and adventures — jobs traveling the country & overseas, cross-country moves, new homes, and more. But nothing, nothing has been more intense than the experience of bringing home a baby and learning how the little one would fit into our world.

When I say intense, I don’t necessarily mean it in a negative way. In fact, mostly the intensity has been in the love that we have discovered you can have for a baby — for such tiny little things they sure know how to wrap you around their itty bitty fingers. For the first couple of weeks we would just stare at Henry, then back at each other, then back at him, marveling that all of a sudden there was another person in our midst, and that we totally made him. If that ain’t miraculous, I don’t know what is. Even more miraculous was the fact that we kept the baby alive and well in spite of having no earthly idea what we were doing.

Now that the fog has cleared a little bit and we’re getting used to life as a family of three, the reality of things is settling in and we are realizing that we need to develop some systems. Since we both work from home, we’re trying to figure out a schedule of who’s on baby duty and who is working, and when we switch. It’s something that I think will take some trial and error before we figure out what is going to work for us. But in the meantime I’m so grateful that this season in our lives has us both capable of being home with Henry to see him grow up. Which, by the way, seems to be happening insanely quickly. Just a few weeks ago he was a total potato, and now he’s laughing and smiling and reaching for things.

Mostly, it has been the greatest joy to navigate this bizarre new world of parenting with Ryan. My tired mom brain can’t come up with words that are beautiful enough to explain what it’s like to care for a baby with the person you love most. But I will tell you this — sometimes the three of us slow dance together to old Rosemary Clooney records, and in those moments there is nowhere else I’d rather be. xoxo