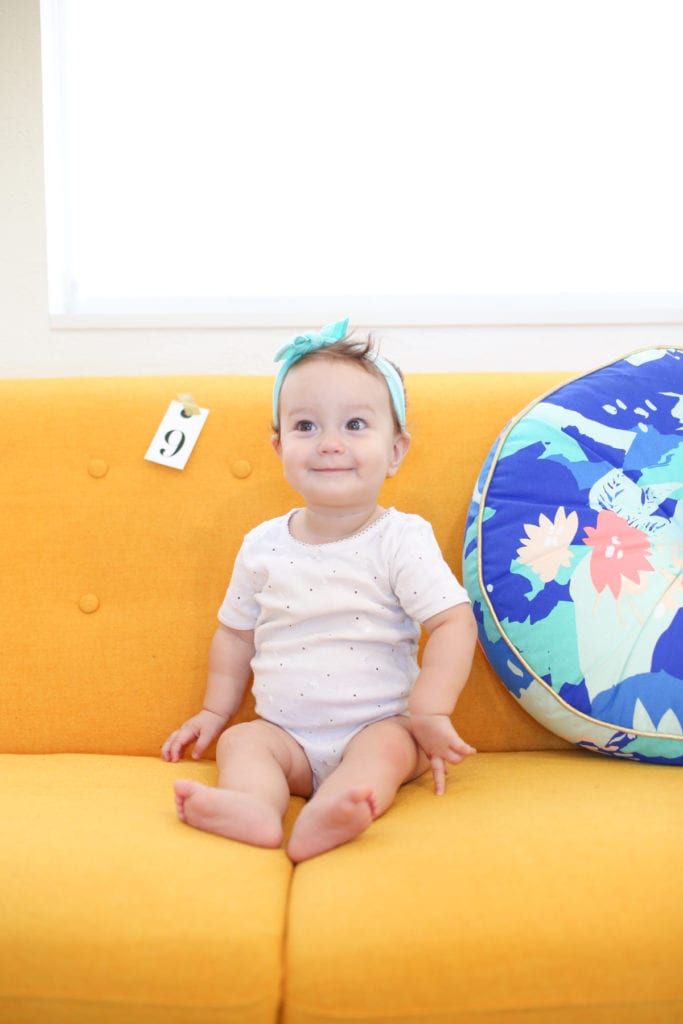 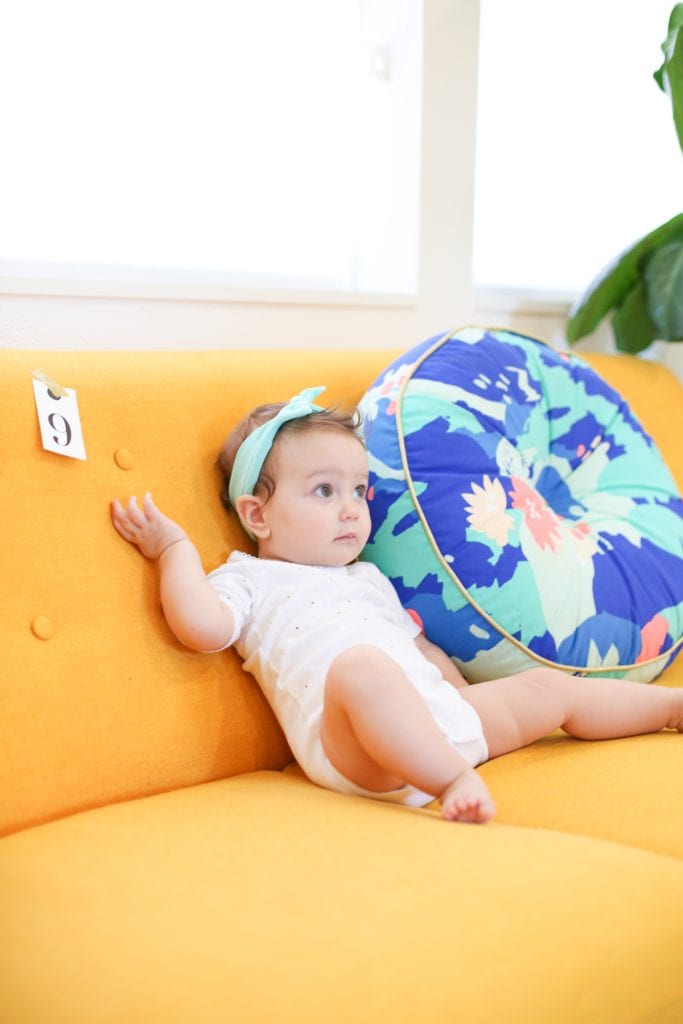 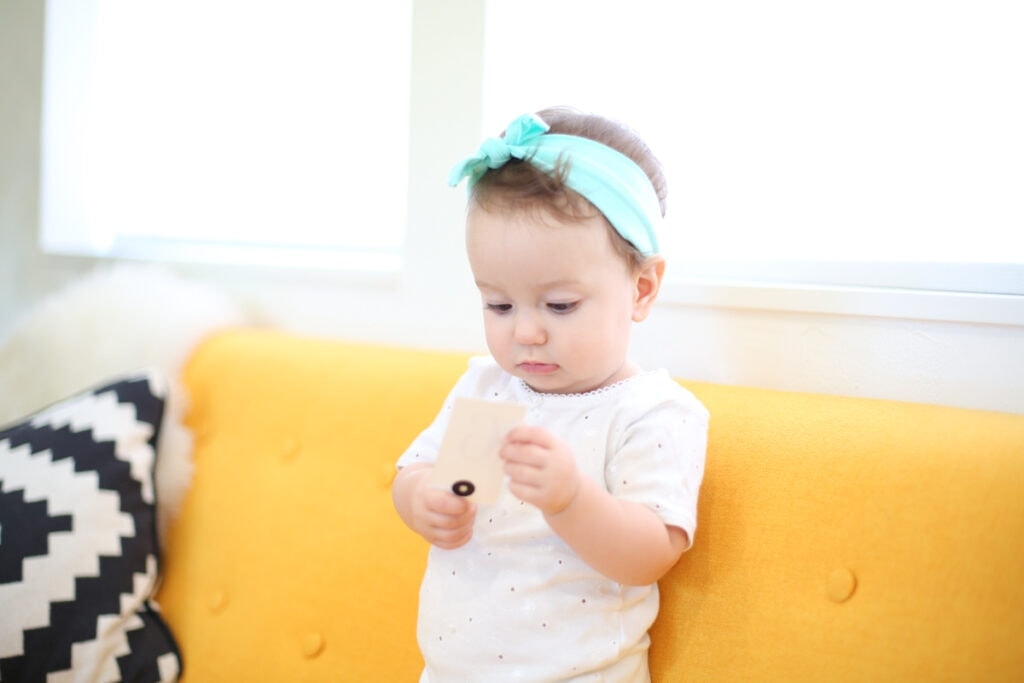 Maggie Mags is nine months old! How can this be, you ask? Um…. I have no idea. But it’s so much fun.

She’s not crawling at all but totally wants to walk! She’s pulling up and gets the mechanics of moving her feet to walk forward, but the balance part of it is a long way off. But she loves to try, and thinks standing on her own two feet while she’s holding onto the toy bench is the absolute most hilarious thing ever.

Mags will eat just about anything you put in front of her, and refuses to be fed with a spoon. So she pretty much eats whatever we eat, just cut up in teeny tiny pieces. I’m loving it, because it means we don’t have to make baby food any more, and we can all just share the same meal. And the crazy thing is, lots of times she eats more than Henry! I love it. She’s still in the 22nd percentile for weight, on the smaller side, so I’m all about her chunking up. Every time I see a new roll on those juicy little baby thighs I get pumped.

Her first word? “Fan.” She loooooves fans and looks for them on the ceiling of every room we visit. Her second word? “Mama!” Yeeessssssss! These days, she says fan, mama, da (for daddy), duh (for dog), and baba (for Papa). She’s getting new words and is able to mimic more and more every day.

She dropped her third nap and one of her feedings a few weeks back, and I’m loving the freedom of not having that nap in the late afternoon. We can head out of the house on lots more adventures now and it’s awesome.

I tell ya, guys, this little girl is just a dream. I hate to use the word “sweet” to describe her (because girl power and all that), but she just is. She’s got a kind, warm presence, and is usually just happy to be along for the ride. She’s got a teasing little sense of humor and loves to joke in a very gentle way. What a bunch of lucky ducks we are to have her in our family! xoxo

P.S. See all of Maggie’s Months and Henry’s Months. 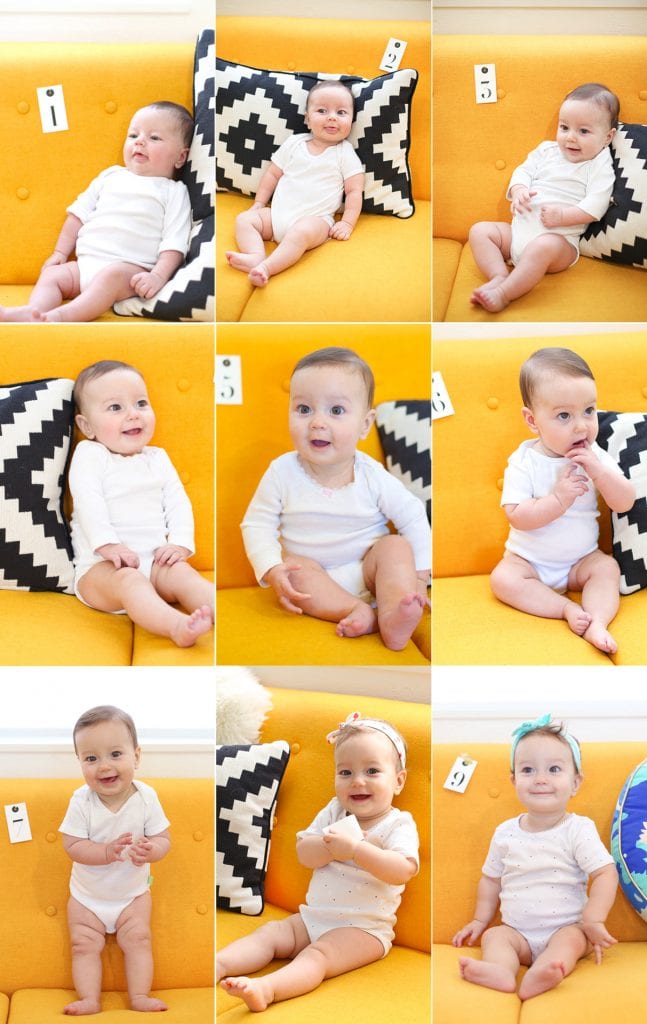 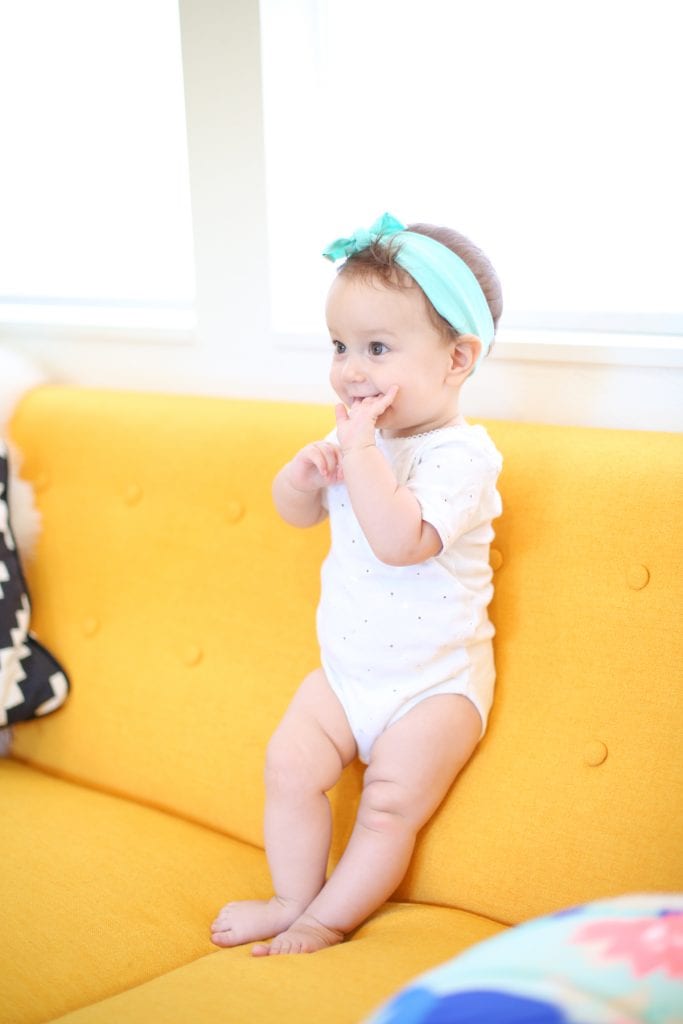 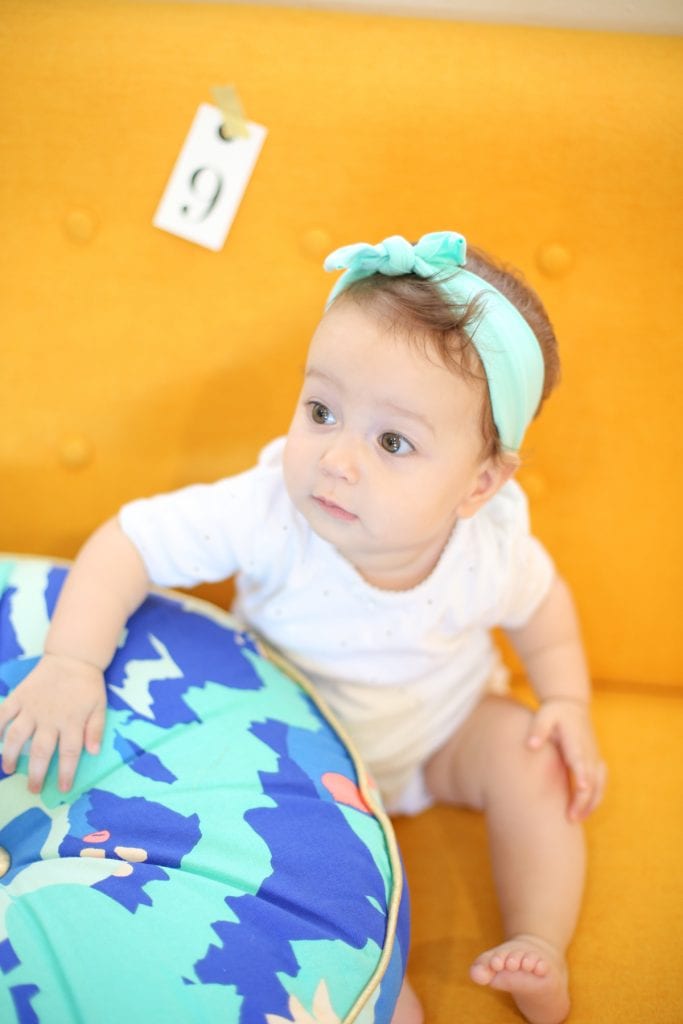