When we moved Henry to his big kid bed, we thought for sure it was the end of good sleep for him, and that he’d be popping out of bed all the time. In a somewhat surprise turn of events, he didn’t realize until more than a year later that he could get out of bed any time he wanted. It was sweet while it lasted! Now he totally has our number and tries to pop up from his nap or sleep a little too early for our taste. So we figured out a trick to share: how to get your kid to stay in bed for naps and bedtime. 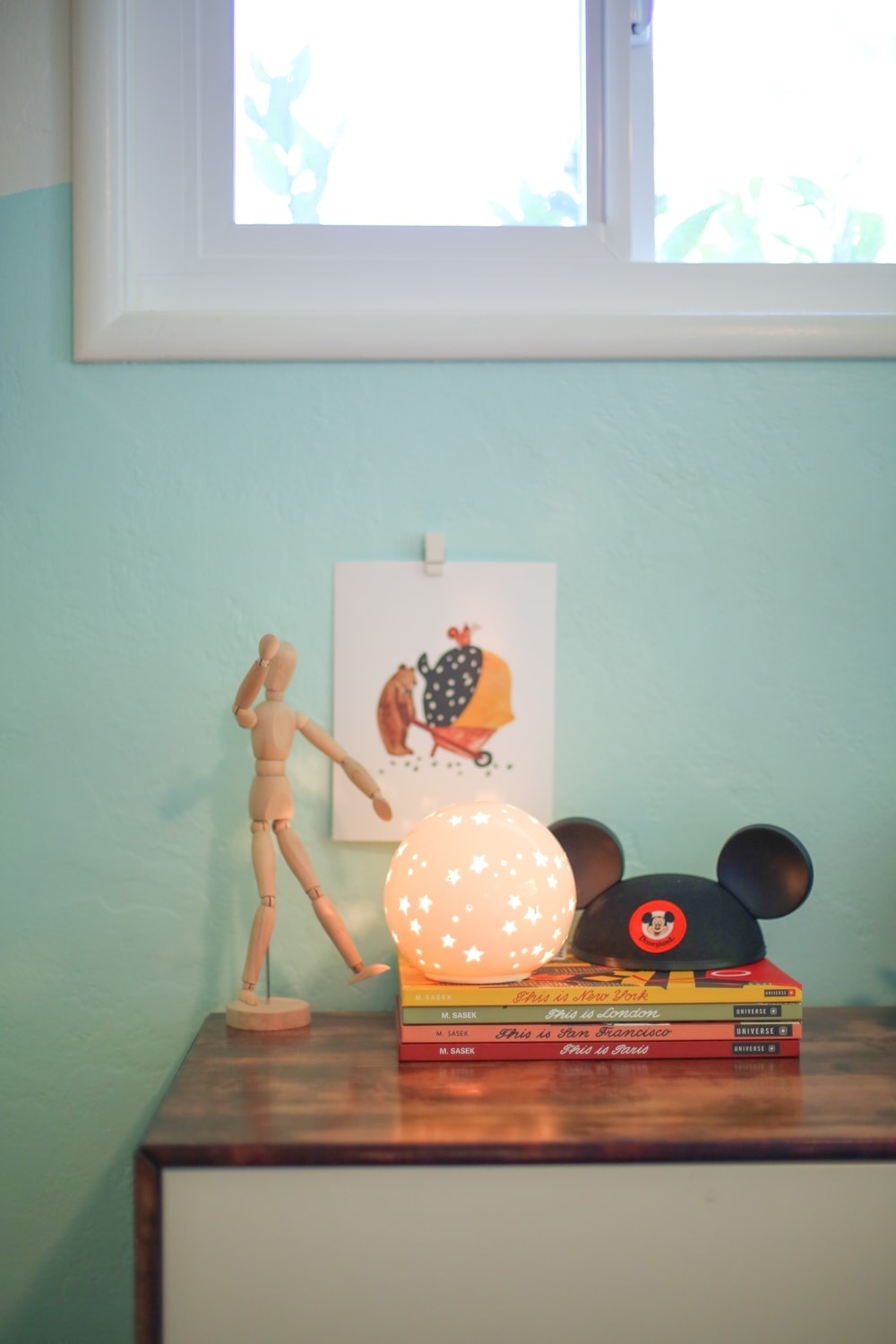 I know that lots of people have this clock

, and we had it for a while too. It turns green at a preset time to show your kid that it’s okay to get out of bed. If it’s not green, they know they need to stay in bed and try to rest some more. But I didn’t like it for a few reasons. It’s not my style visually. It takes up lots of counter space on a dresser. You can’t see the light very well in the daytime. And when you press the buttons to have the clock tell you the time (another feature), it’s too loud and the voice is awful. So we made up our own version.

Henry had been wanting a nightlight anyway, so we found this one that he loved and chose. Then we got a Wemo Smart Plug

, and plugged the light in to the Wemo. Wemo is an outlet plug that allows you to program timers on whatever is plugged into it, and control it from your phone. We set a couple of different schedules for the switch: one that turns on when Henry’s nap starts and turns off an hour later, and one that turns on at bedtime and turns off at 6:45 am. Then we showed Henry that as long as his nightlight is on, it’s time to stay in bed. He can rest, he can get a book, whatever he wants, as long as he stays in bed. Usually it results in him falling back asleep for a bit longer.

So problems solved! Henry got his nightlight, we got rid of the bulky green clock, and everyone is resting better. No kidding, before we started this system, every nap time was a battle and every morning was just too early. It helps give him a little autonomy over his rest, and it give us a time frame that works for our family. Hope this little trick can work for you and your family too! xoxo 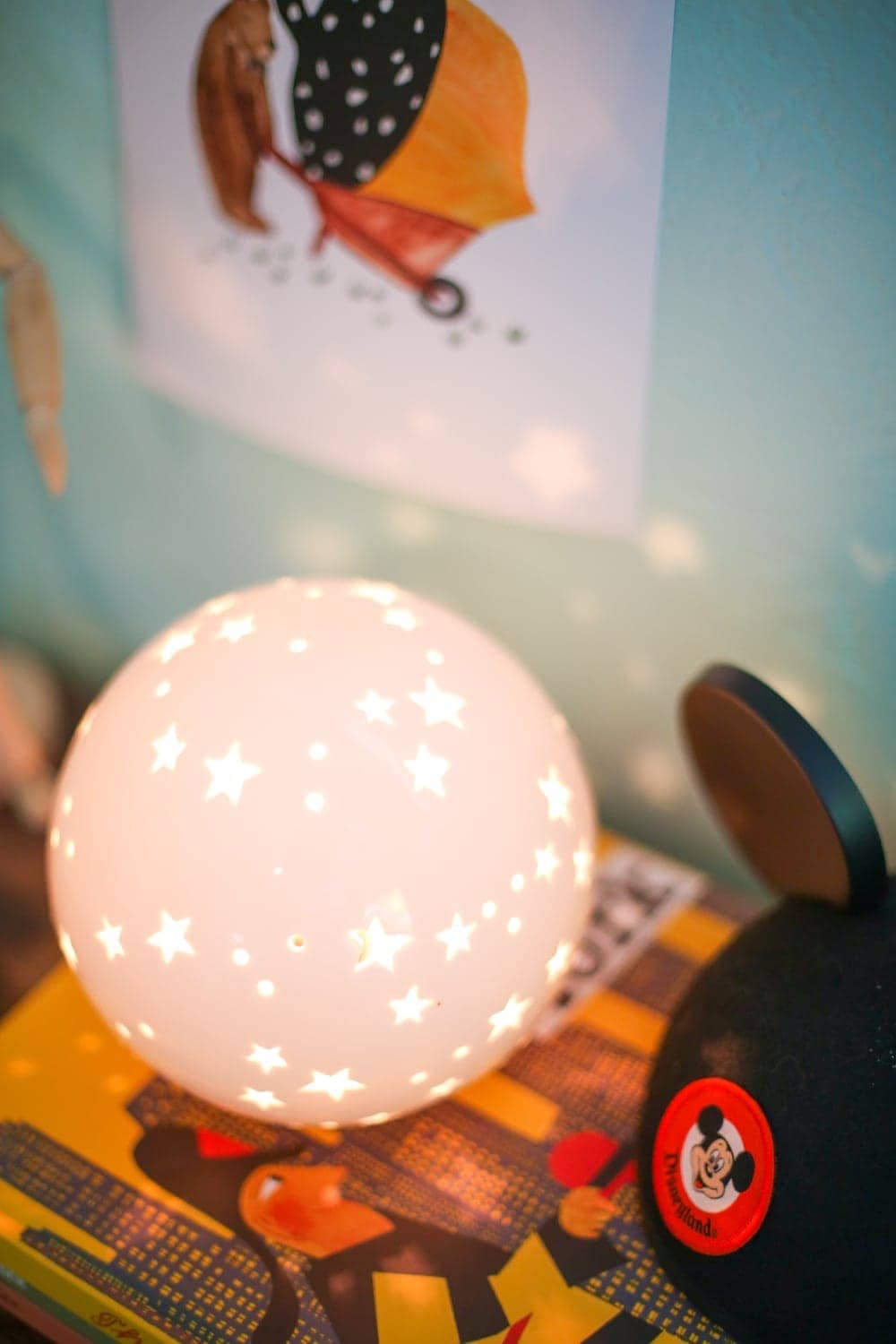 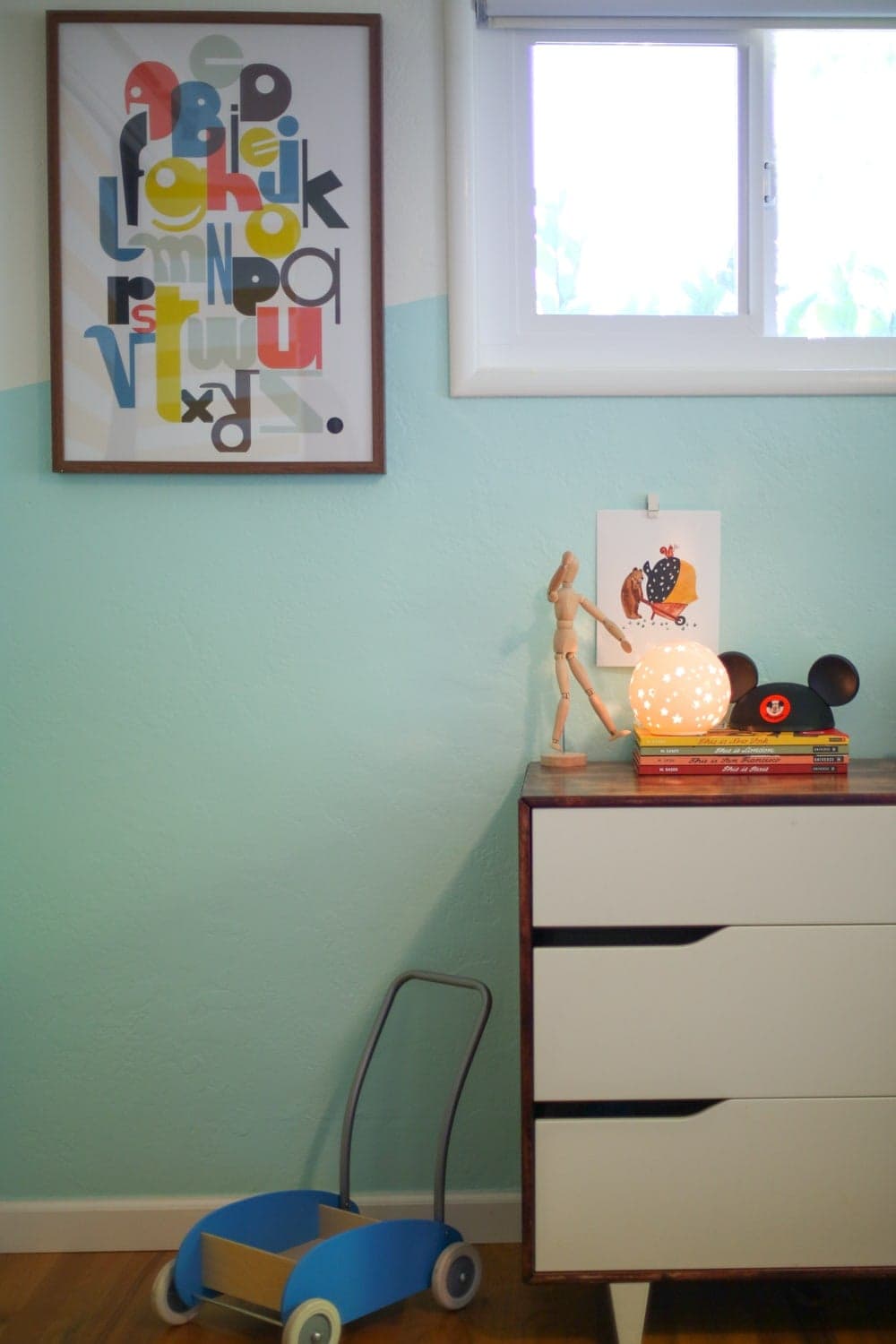