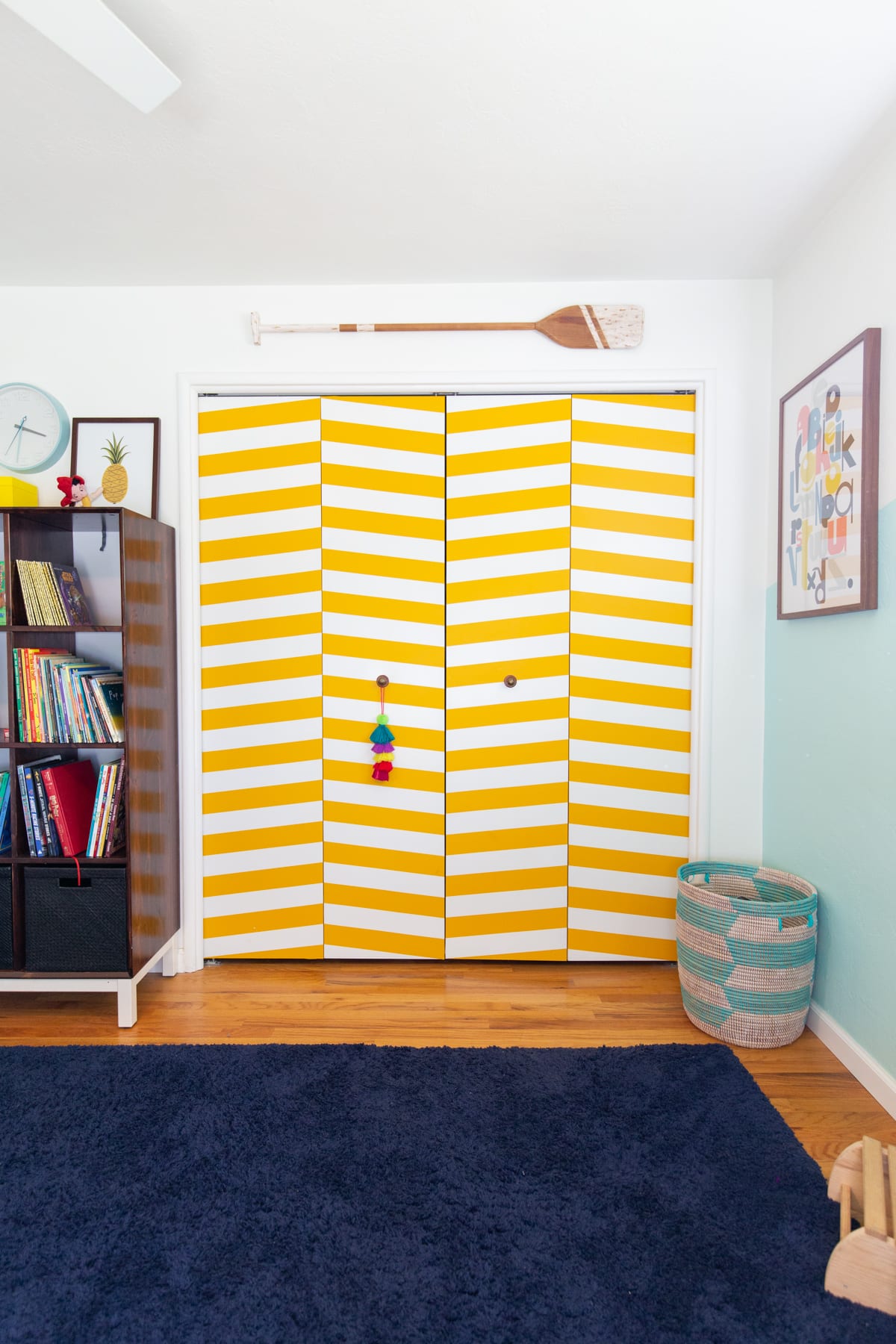 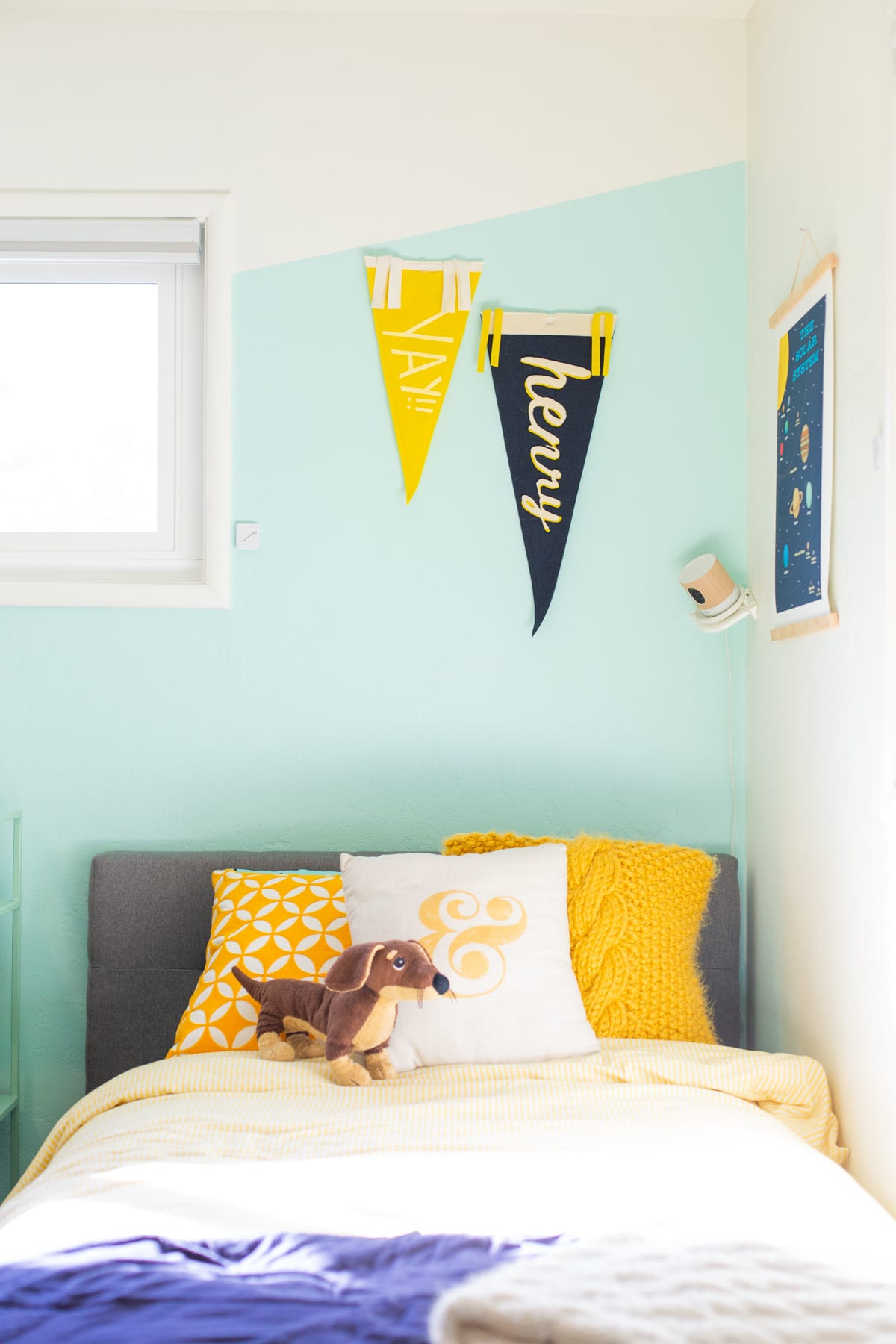 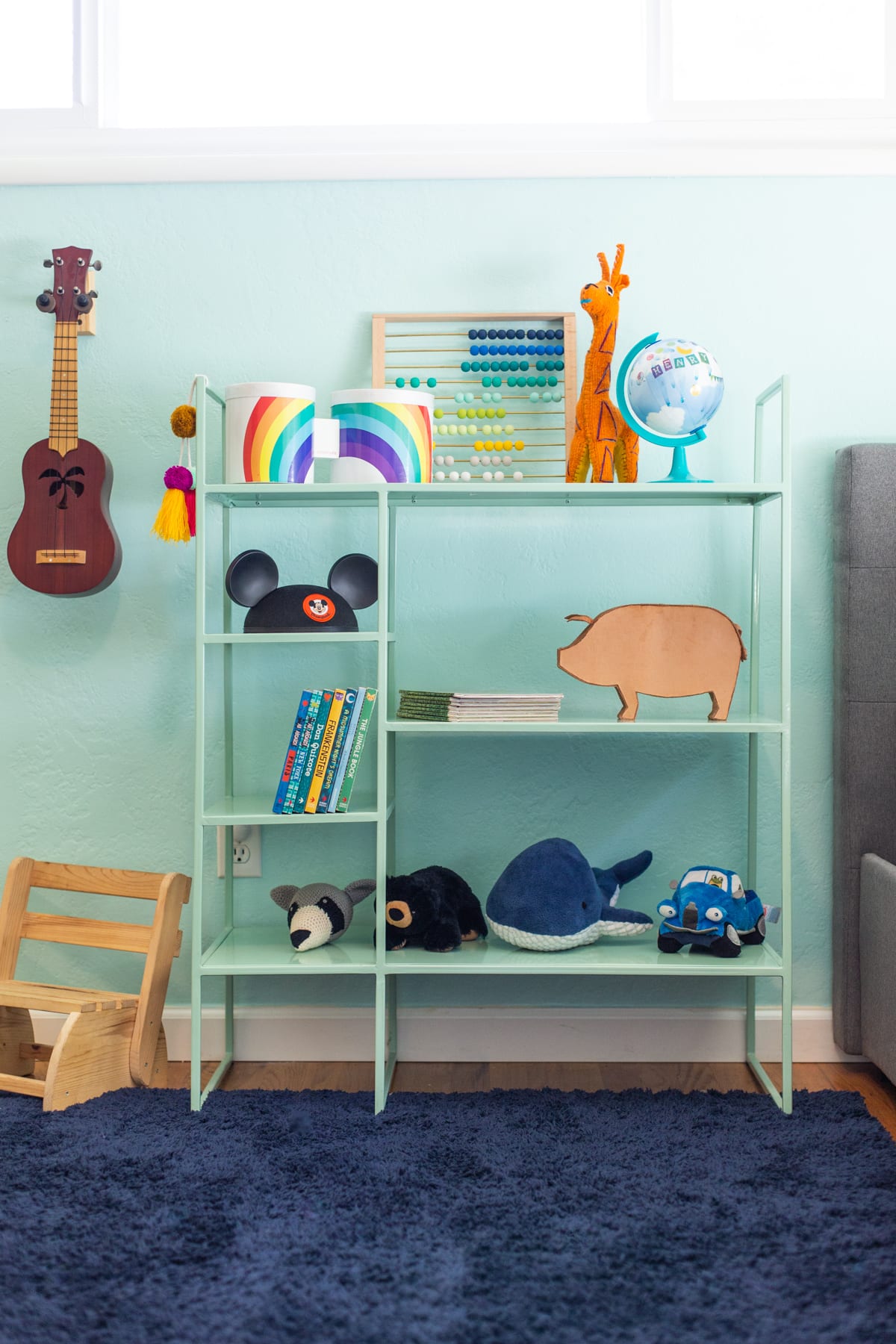 It’s pretty laughable how steep the learning curve is on raising kids. When you’re planning a nursery, you know the basics of what you need — crib, chair, changing table. Boom. But as your kid grows, you never know what kind of toddler and then big kid they’ll be. And their needs are constantly changing. We loved this bed that we made for Henry, but he outgrew it really fast, and in his small-ish room it just felt like it took up space. So we took the opportunity to step back and really think about what he needed. And that became Henry’s big kid room update!

First, we wanted a bed that was lower profile, had a little storage, and no sharp edges. We found the perfect one at Wayfair (as usual!); it’s usually my first stop online when I’m planning a home project. We got him this one; it’s got tufted upholstery that’s simple but cool enough to grow with him for a long time. It also has two huge underbed storage drawers. We actually faced them toward the wall and we are using them to store the little mini Christmas tree we always put in his room, along with other Christmas decorations. Super handy. It looks great with his aqua and yellow room, but could really go with anything. He loves it.

Here’s the before and after of the bed area: 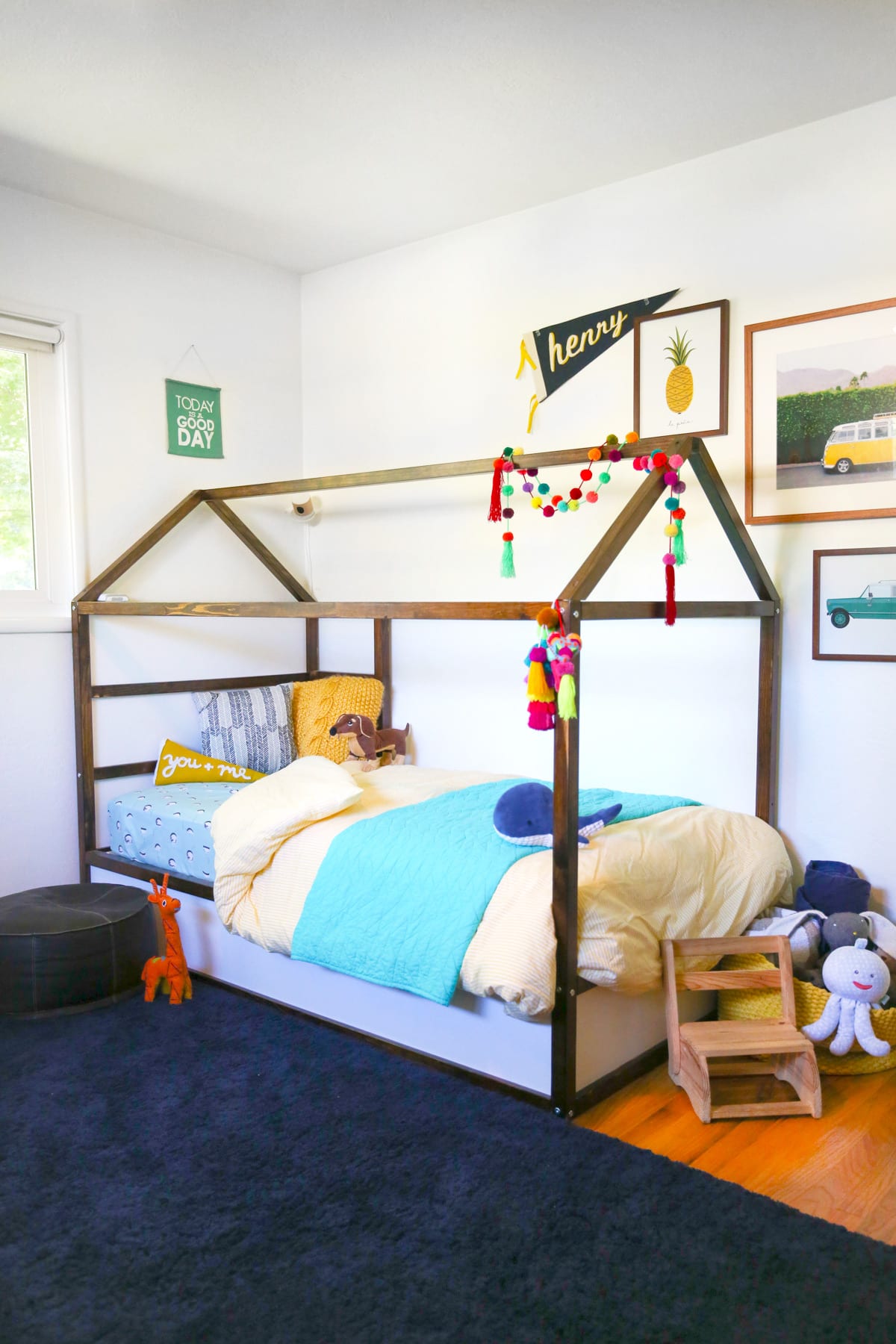 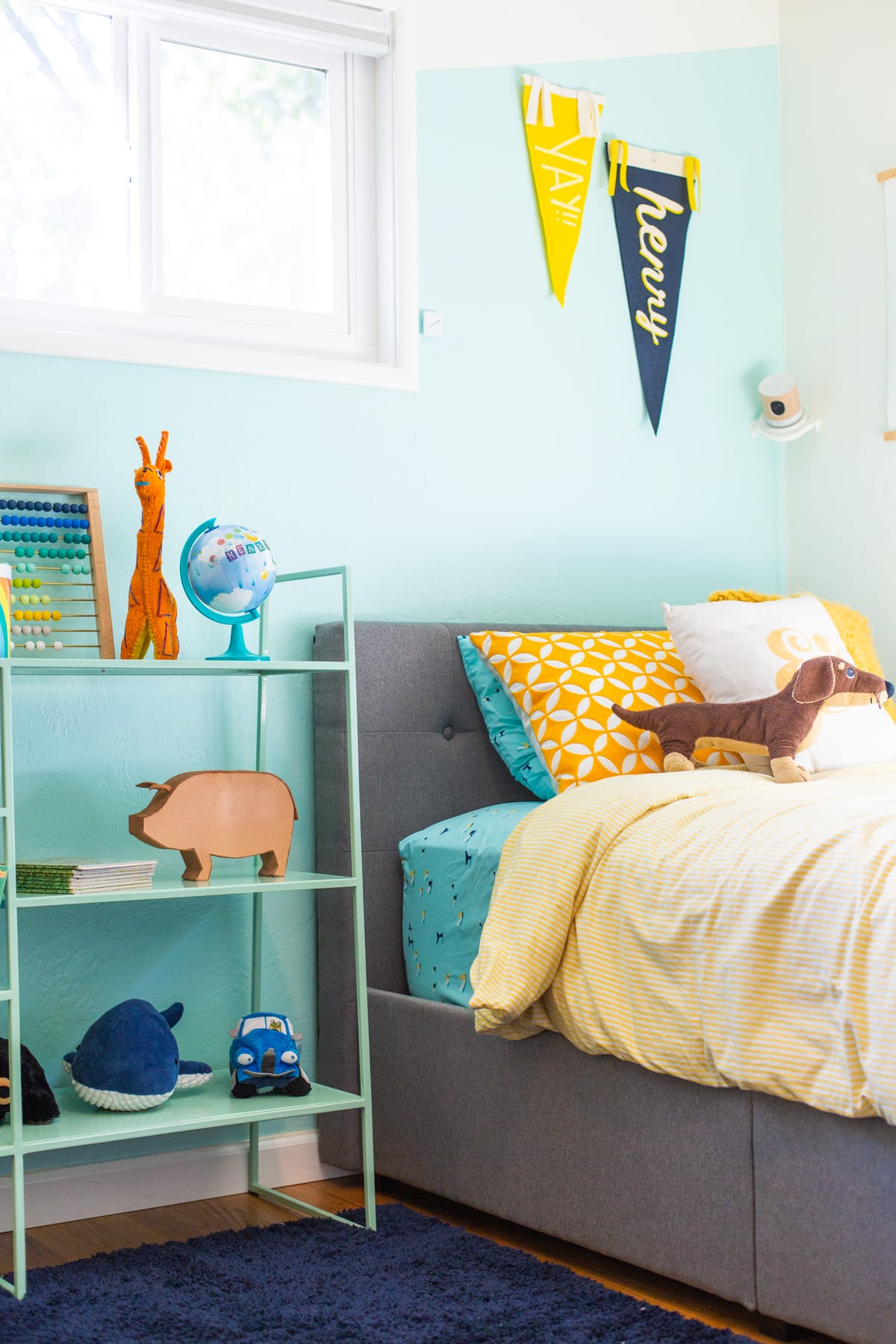 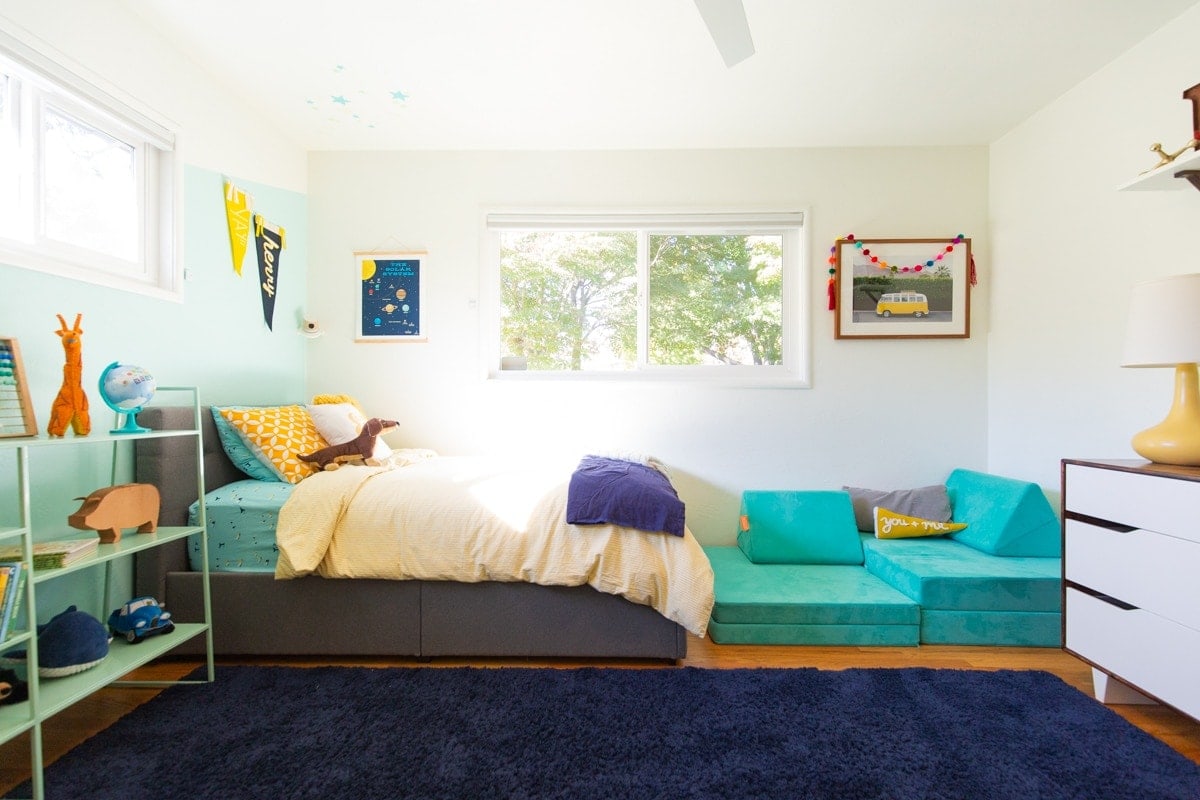 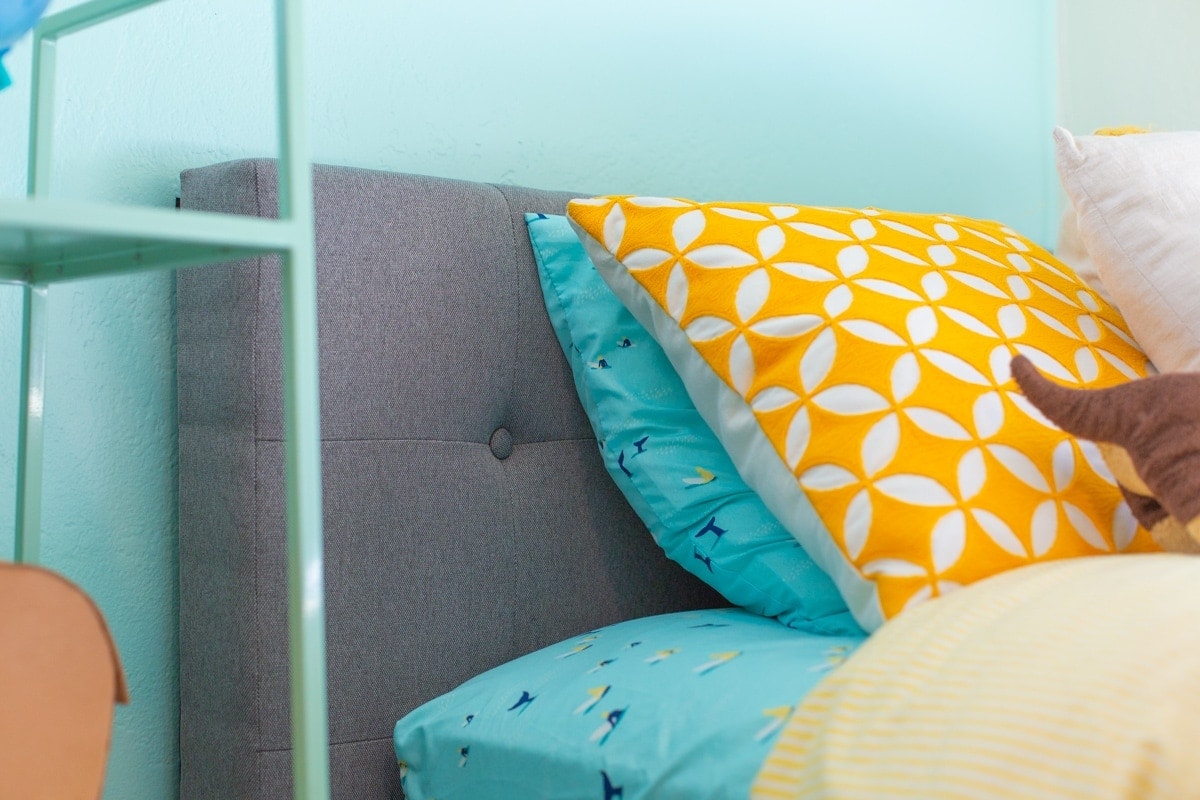 Another goal we had for the room was to maximize floor space for playing, so we played with the layout forever. The way we have it now makes lots of room, which is great. We added a little shelf for his toys and bedside stuff, and he loves deciding what to display there. This is a kid with opinions. 😉 The Nugget stays over in the corner to create a reading spot, but gets pulled out pretty much every day to make forts, play, and have sleepovers. One day we eventually want to put a hanging chair in that corner. 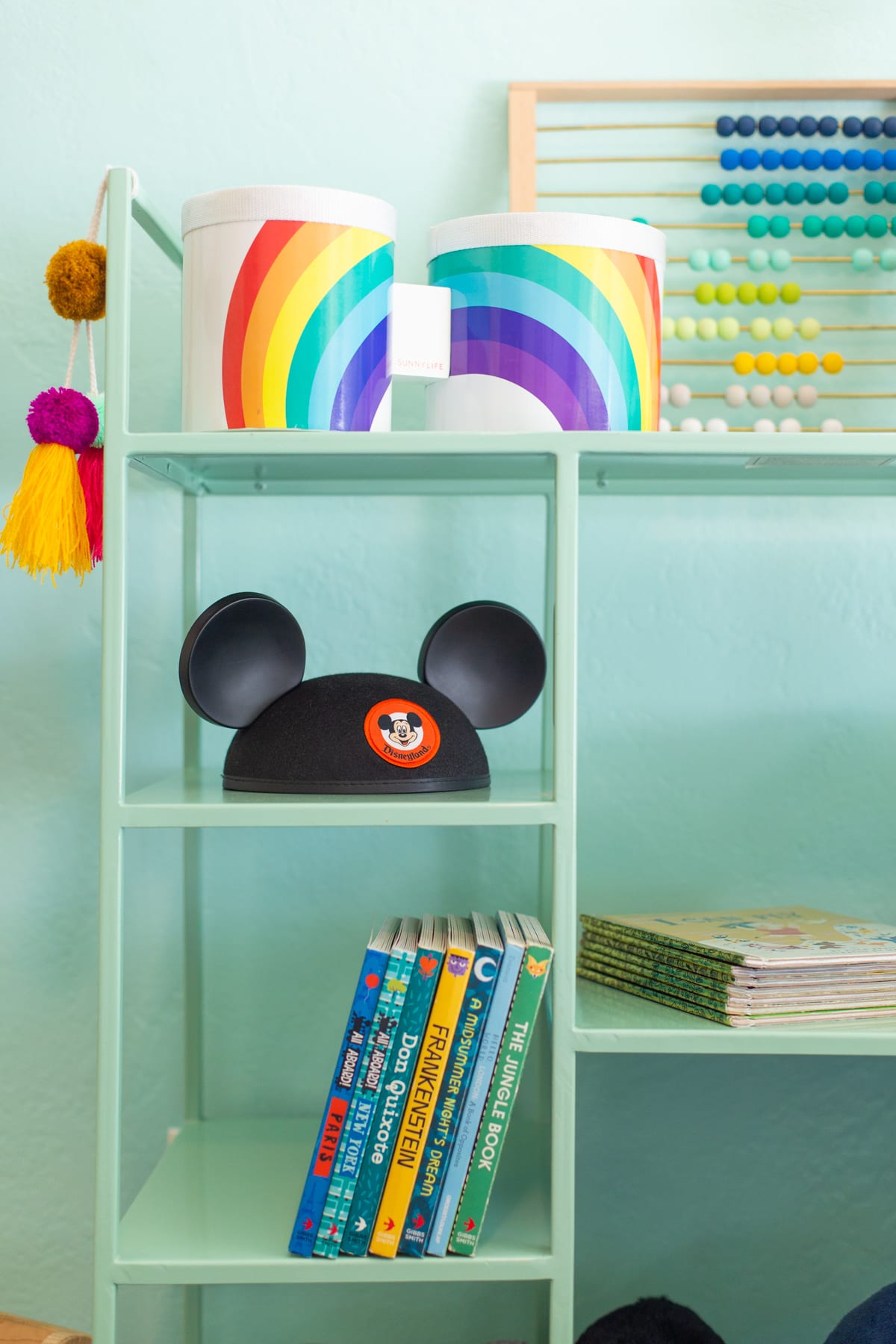 Henry also wanted the chance to pick some of his own art for the room. He and I sat down one day to plan it out, and when I asked him what kind of stuff he liked, he said, “Space, Cars guys, rainbows, and Star Wars.” So we narrowed it down a little bit and chose a few new pieces, along with one that we made together — an actual photo of some of his Cars toys lined up in rainbow order. He helped me organize and shoot them. He also loves my friend Ann Shen’s art, so we got him the Giraffe Rider print and he’s so smitten with it. 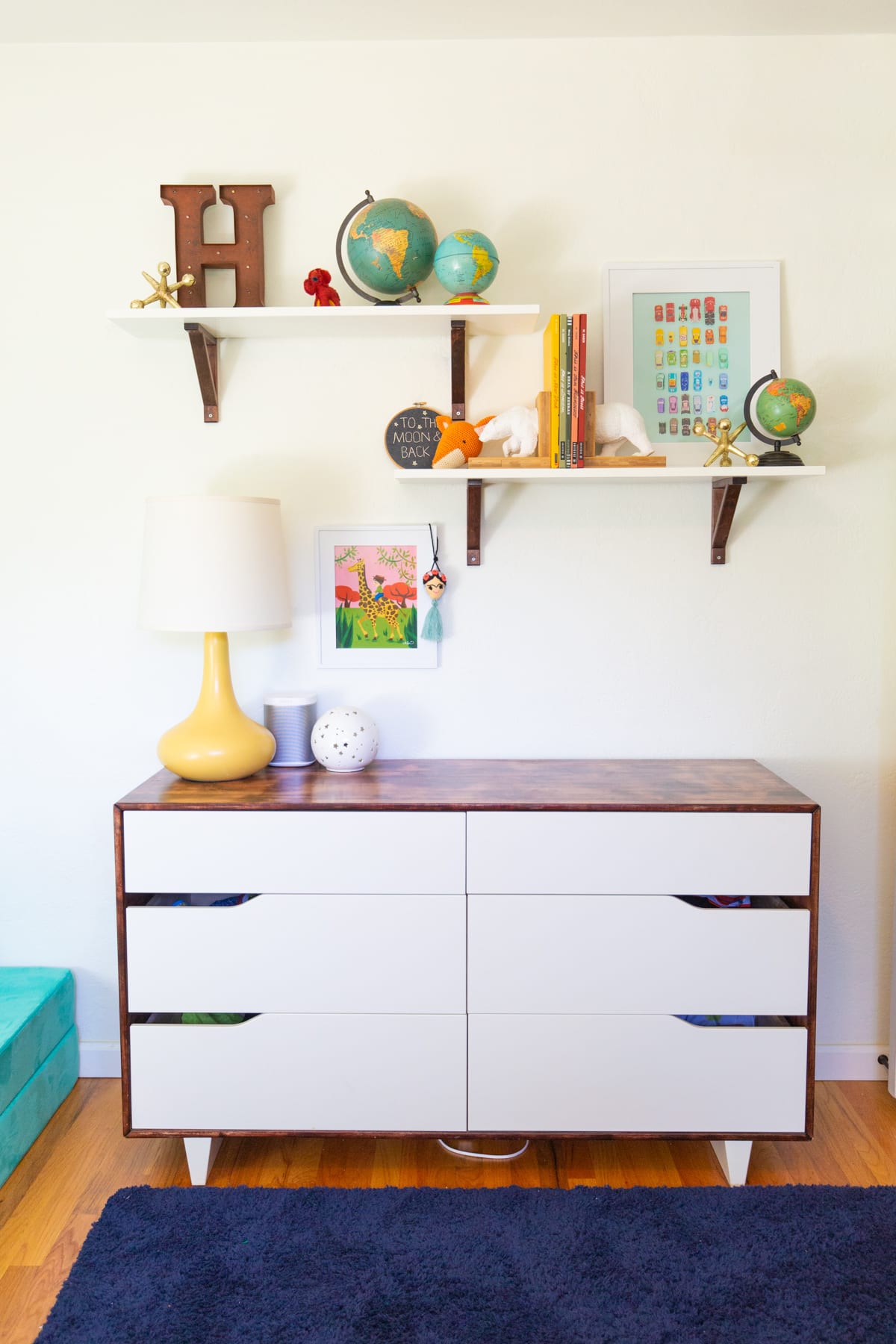 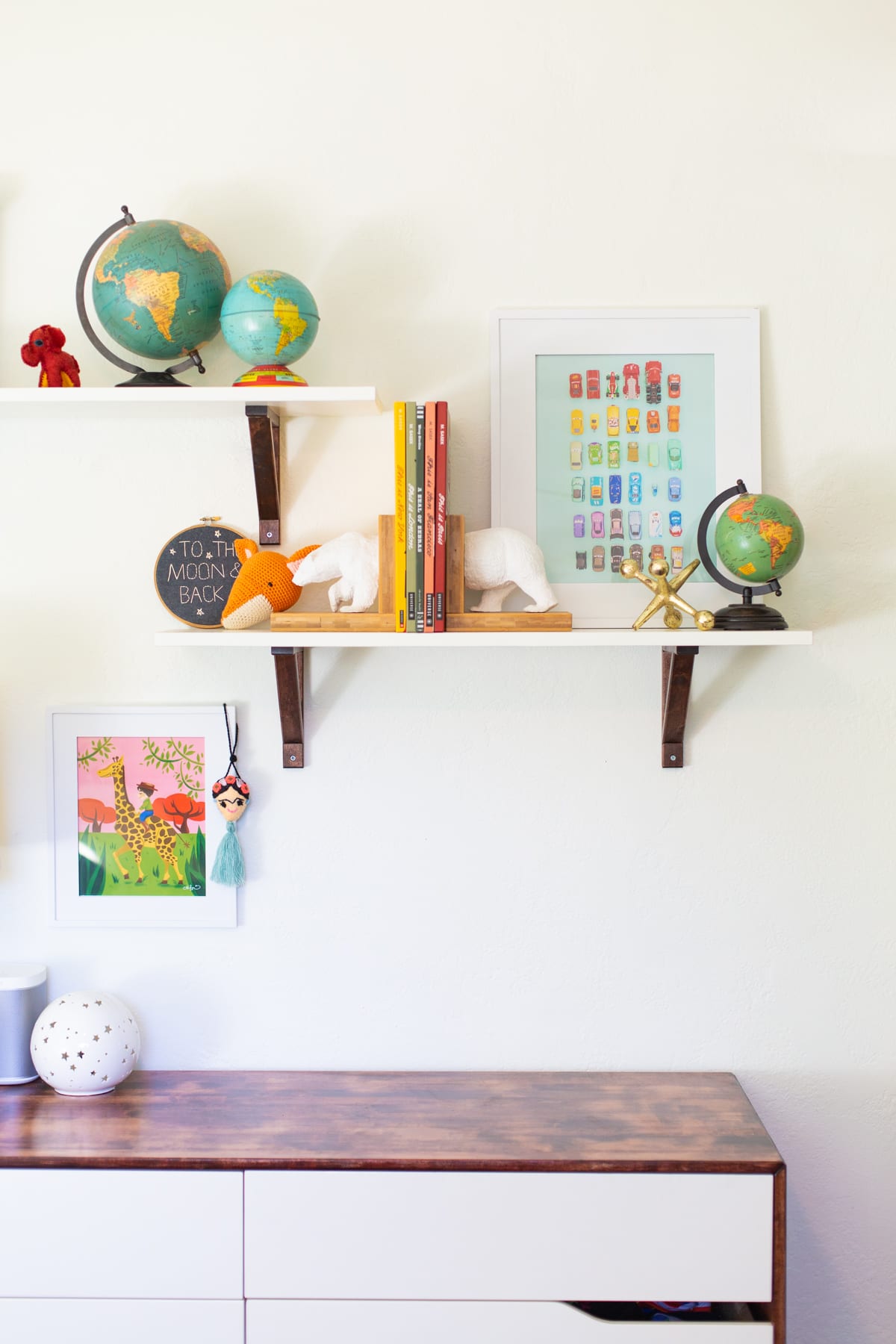 Finally! We were trying to make his closet a little more functional, because we didn’t update the kids’ closets at all when we renovated. They were literally just a rod and a shelf and a lot of unusable space. We found these shoe cubbies and closet rods on Wayfair and you can’t beat the price to make a functional closet space! Henry is now in charge of making sure his shoes are always tidy, and he’s getting the hang of putting them on himself every day. We also put his sweaters and jackets down on the lower rod so he can be in charge of that too. Anything that encourages easy independence is a big win for us right now. And with Wayfair’s fast shipping (which is always free over $49!), we were able to get the closet all set up really quickly. It was a pain point for us every morning that I’m so grateful to have sorted out! 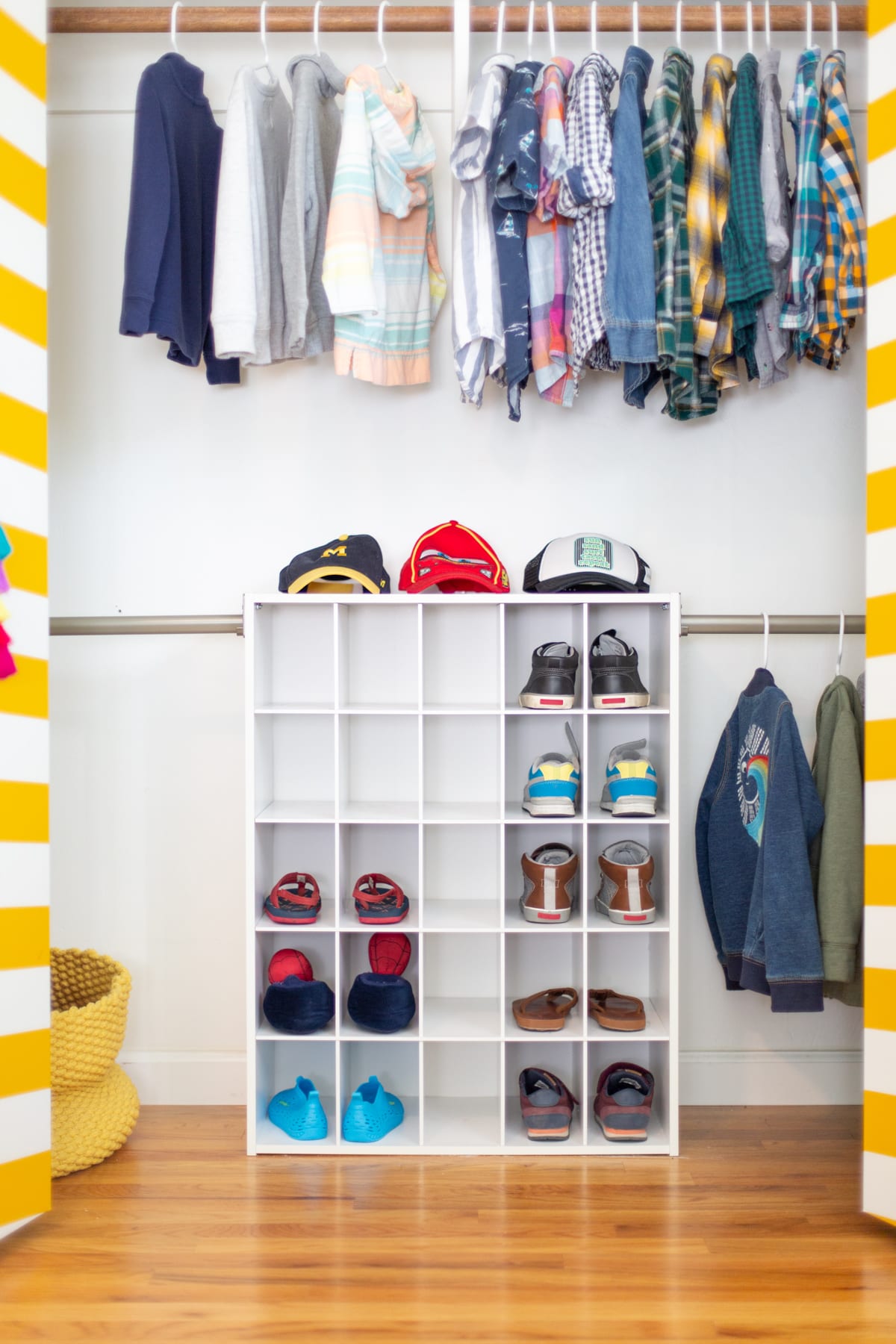 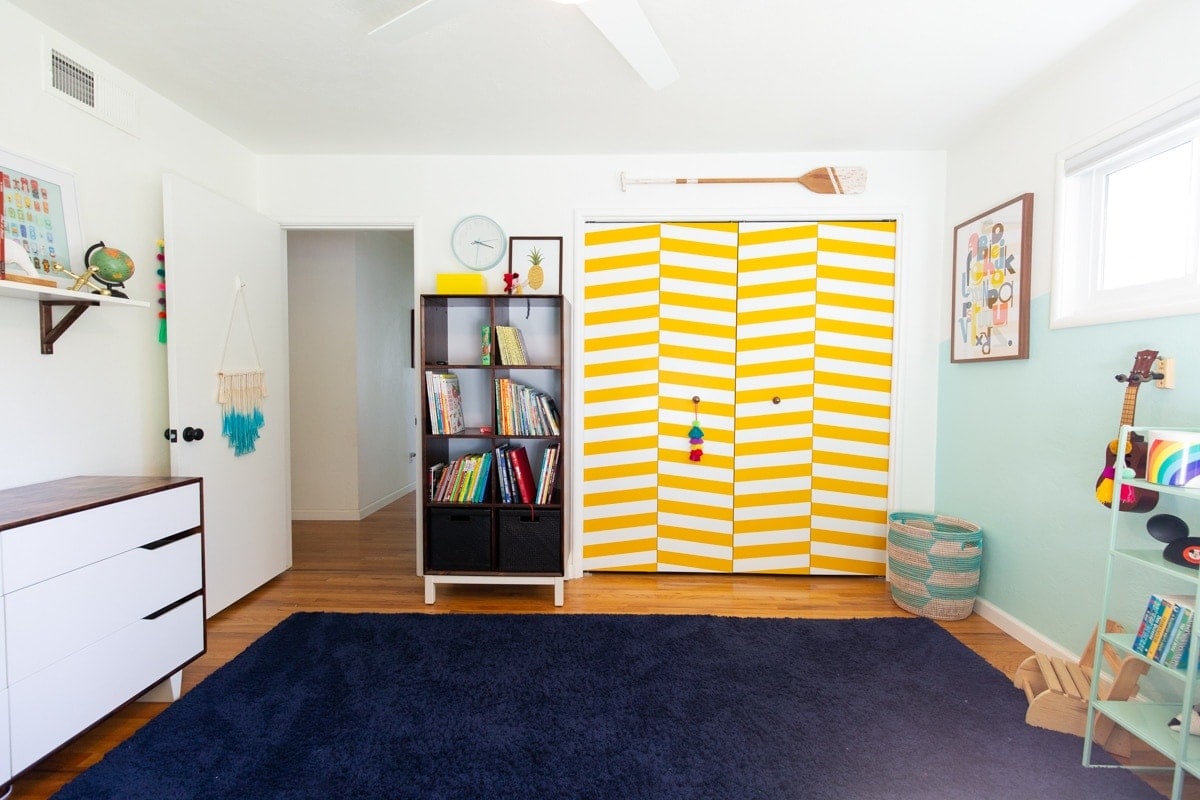 I really love this little room! Especially toward the end of the day when the sun just streams in the windows. It’s so bright and happy and so very Henry. Can’t believe he’s already such a big kid! xoxo 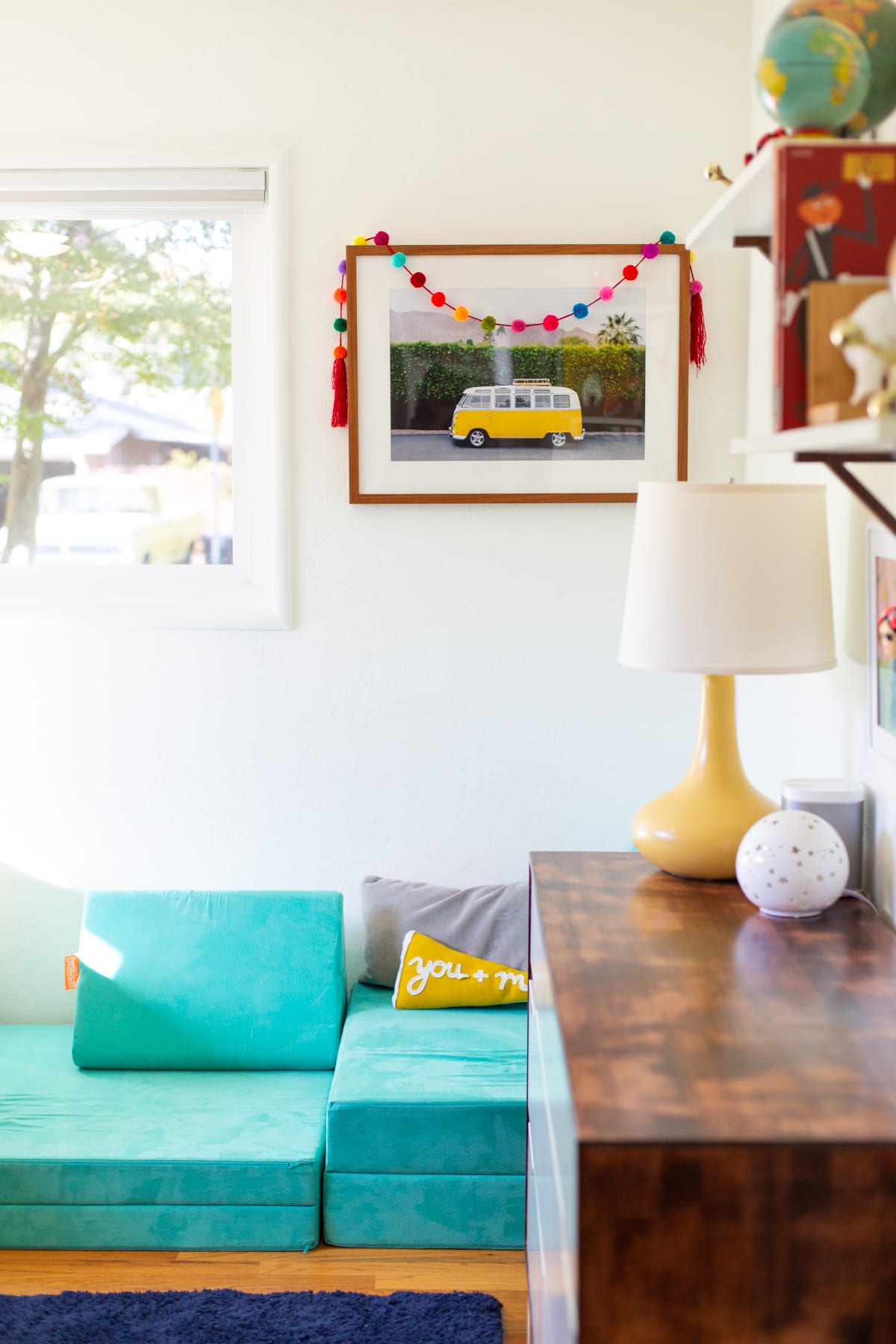 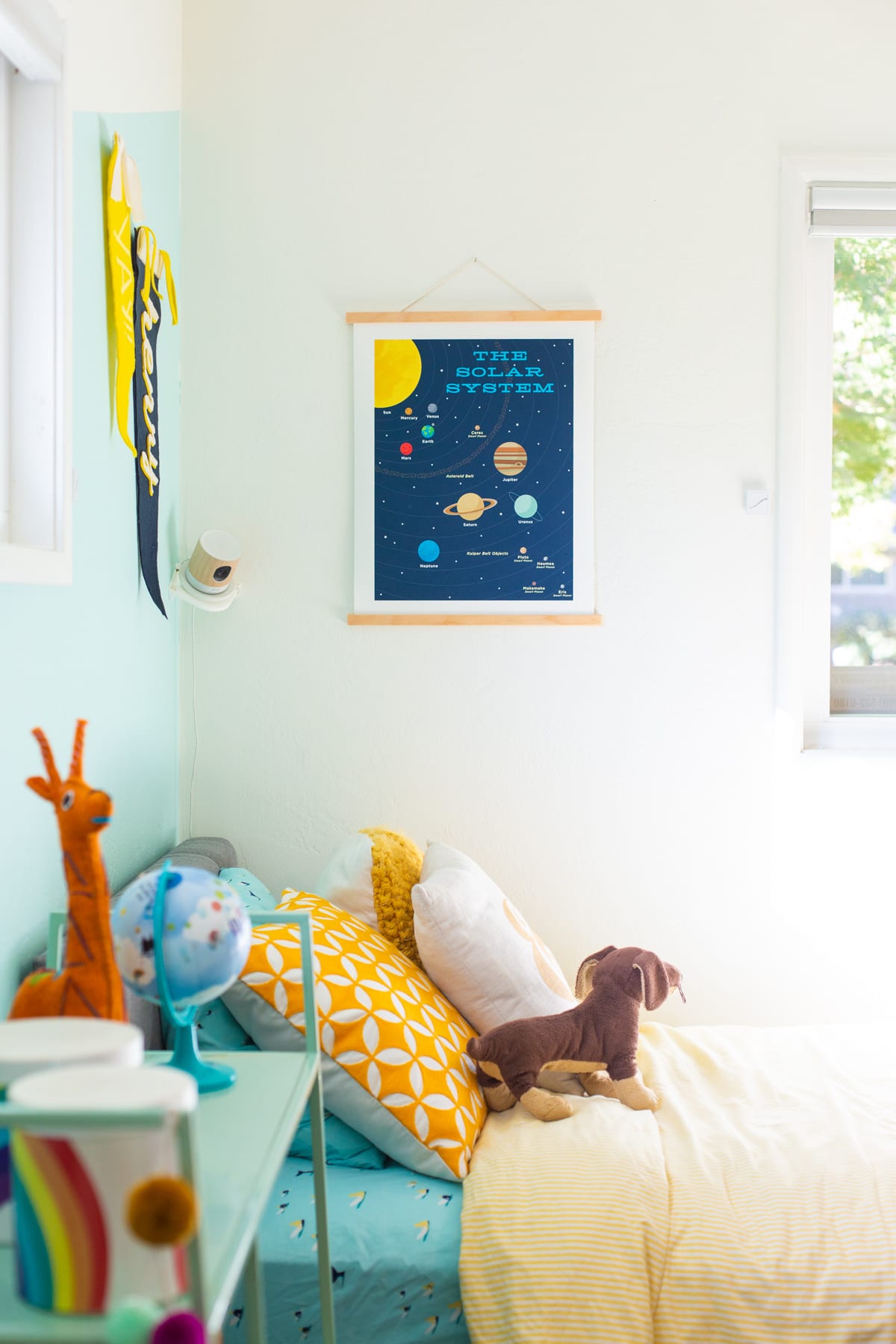 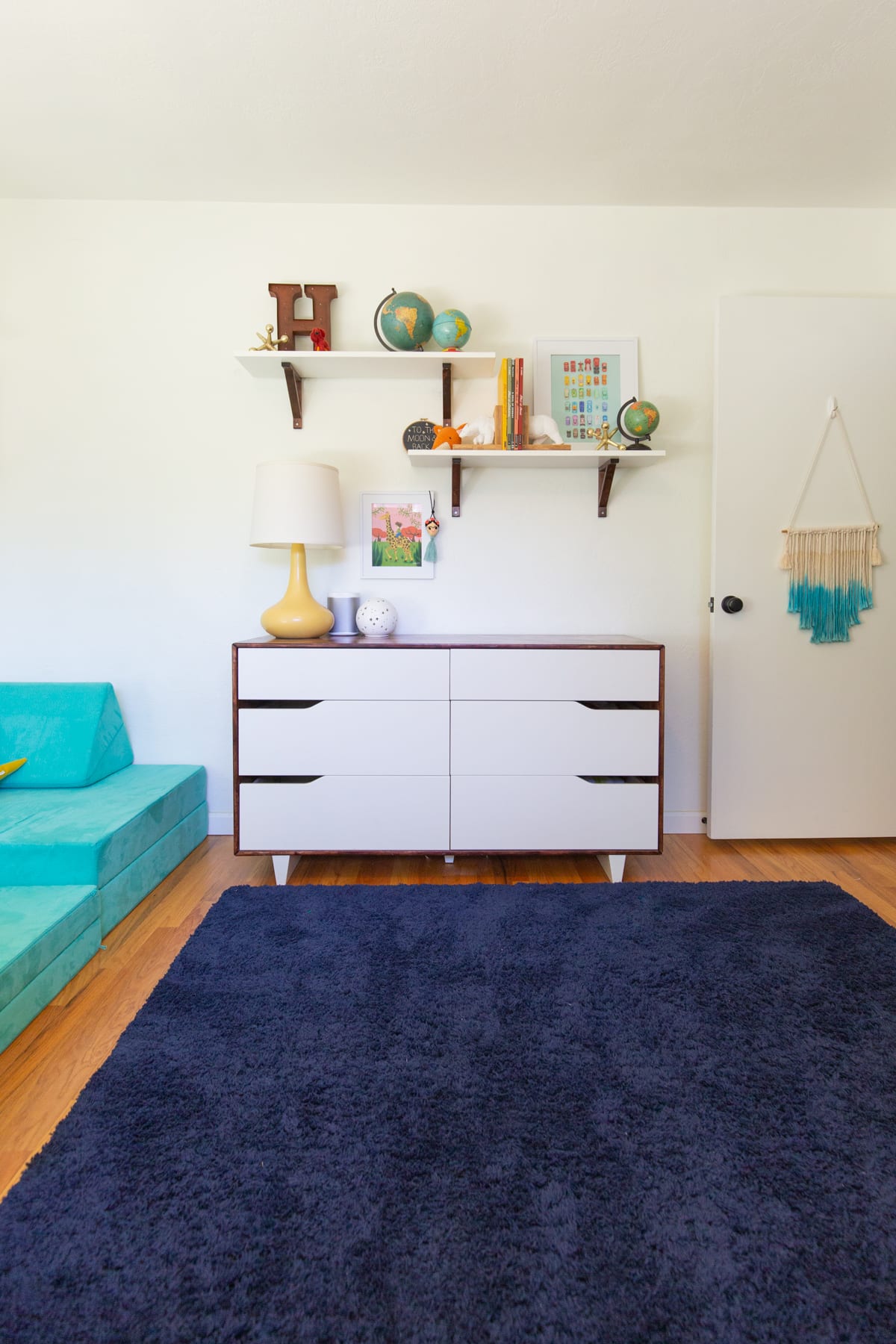 Product for portions of this post was graciously provided by Wayfair. All ideas and opinions are my very own.