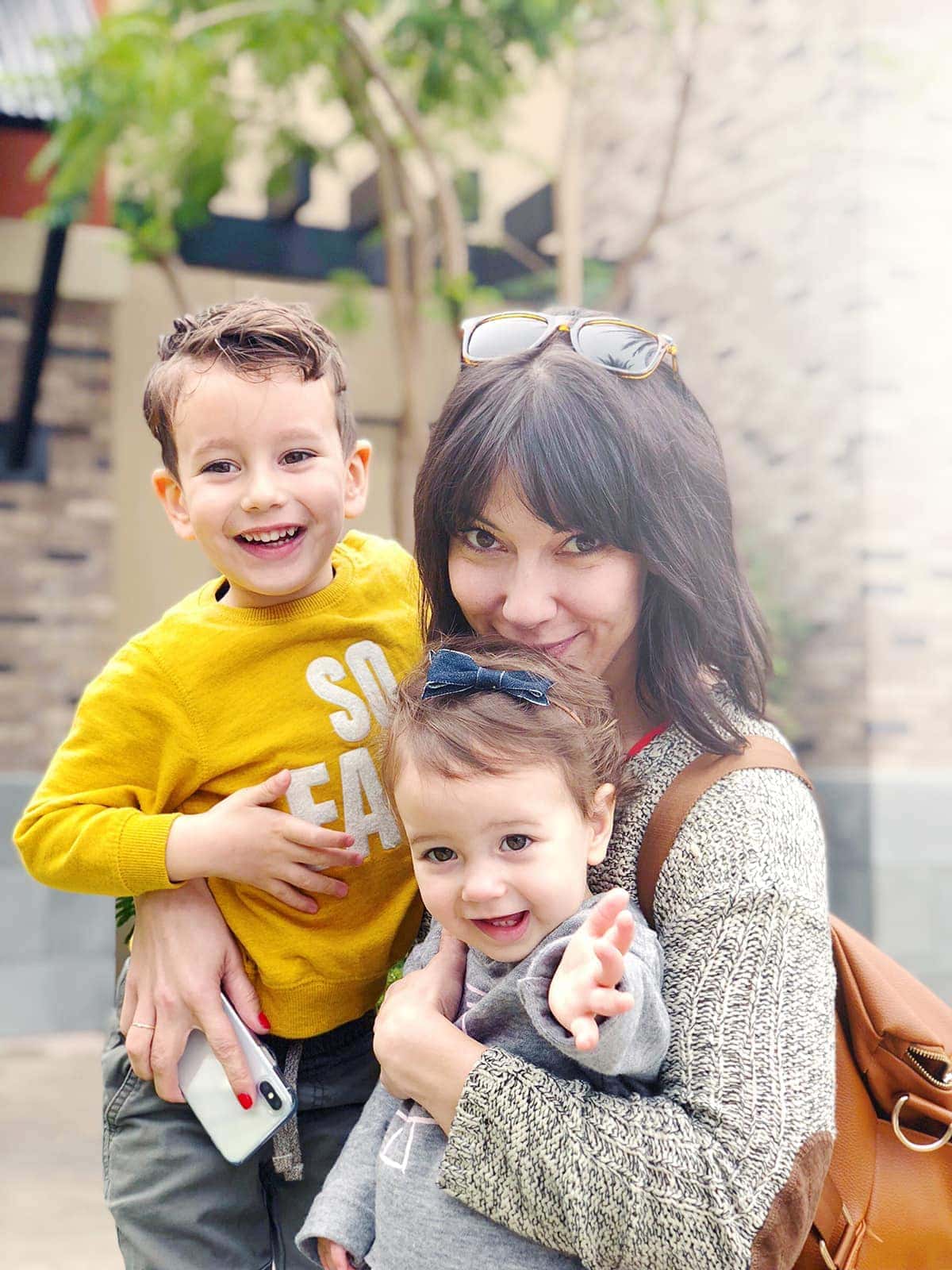 Days used to be made up of big things. Events. Plane rides. Long lunches. Things that took a few hours, or a whole day. Things that all ran together in the way that they were wonderful but sort of non-specific. Things that we chose to do because we wanted to and we could, and we didn’t have any reason not to.

Days are made up of different things now. A mother’s day is littered with small things, filling every moment. Thousands of moments every day. Horrible and wonderful and scary and top-of-the-world-I-never-knew-I-would-feel-this-happy moments. You don’t just go to the grocery store. You teach your kid to velcro his own shoes on the way out the door and marvel that he actually did it. Then you sing a song to your other kid in the car and laugh when she tries to sing the same notes (and succeeds). You call your husband to tell him both of these things. You wrestle the bananas away while they’re sitting in the cart so they don’t bruise the fruit. You let the little one hand the clerk the credit card. You tell the big one to say please when he asks for a sticker.

I was helping Henry put together Valentines for his friends the other day and all of a sudden saw myself from the outside. A grownup, a mom, completely in charge of these two little ones. I can remember being little and just knowing for sure that my parents had all the answers and could fix anything. Is that how they feel about us? I came back to myself and the task at hand, helping his chubby fingers put little red heart stickers on the Valentines to seal them up. And immediately started thinking of all of these other little moments that have made up motherhood so far for me.

Slicing strawberries for a Valentine’s Day party at Henry’s school.

Holding four-month-old Maggie up all night for weeks on end because she couldn’t breathe lying down, working my way through every season of Friends. Knowing that I would do it forever if that’s what she needed.

Feeling an overwhelming amount of pride when Henry said thank you to the librarian for the first time without being prompted.

Cutting gold leather to make a fresh bow for Maggie to wear at her first birthday party.

Matching tiny socks. Over and over.

Holding Maggie during her first ride on the Disneyland teacups, and being completely unsurprised by her calm observation.

Wrapping Henry in a blanket and driving him to the emergency room by myself in the middle of the night. Realizing I was the one in charge.

Maggie climbing into Henry’s lap while Ryan reads him a book.

Henry putting his favorite book on Maggie’s tummy during her first day at home, so that she could read it.

Holding our second baby for the first time, and Ryan telling me that he just knew her name was Maggie.

Henry at 9 months old in Mexico, falling asleep sitting up in his bike seat.

And it’s not the big things that make up motherhood. It’s not how many decorations you put up at the birthday party or how many playdates you schedule. It’s the impromptu grilled cheese sandwiches and the Paw Patrol bandaids on their first skinned knee and the twentieth game of hide and seek. That’s where you can find motherhood. In the millions of little flashes, every day. xoxo

6 thoughts on “Flashes of Motherhood”