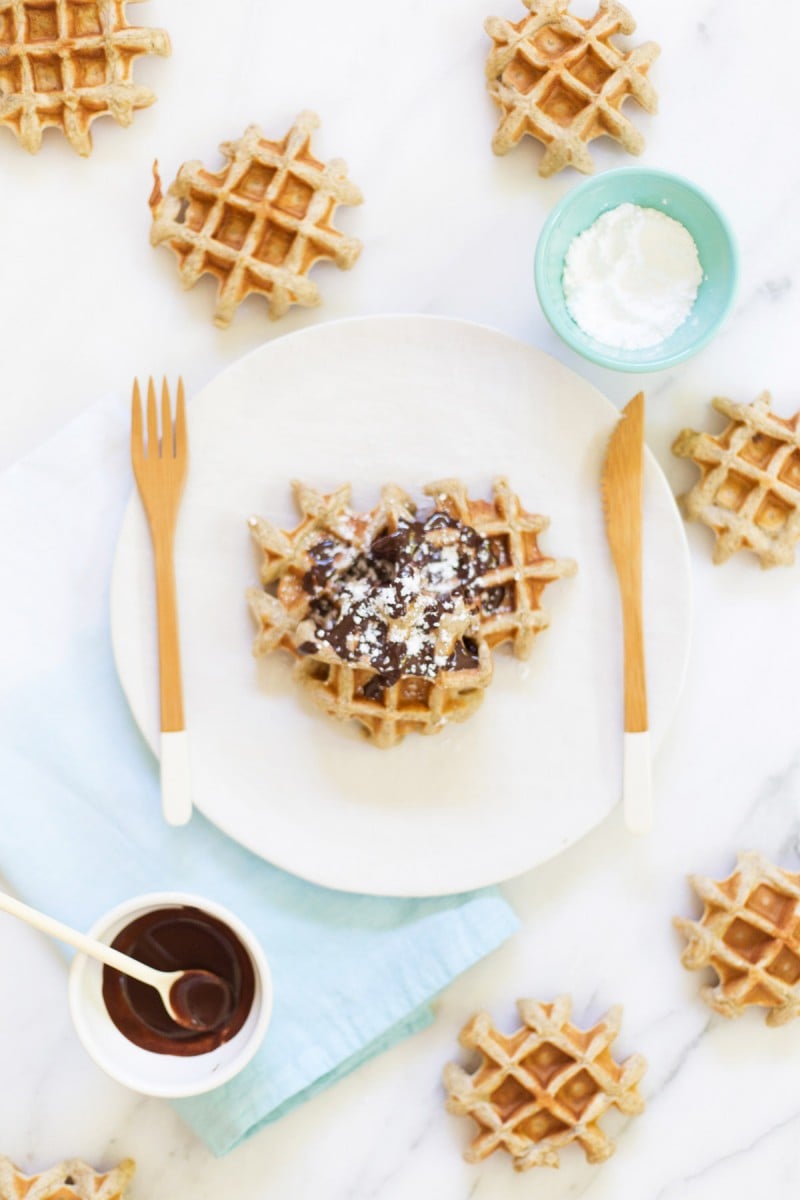 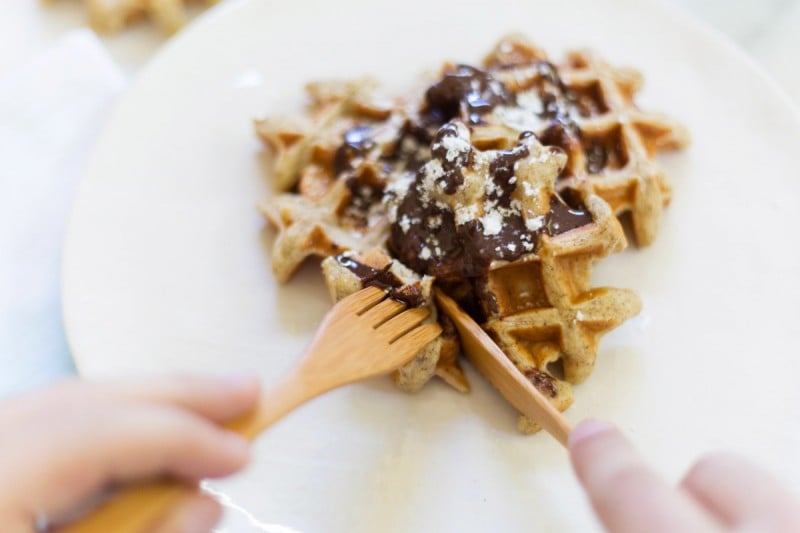 Ever since Ryan got me a waffle maker a few Christmases ago, waffles have been our weekend thing. Ya know, #wafflesindeed. He usually beats me to it and mixes us up a batch of waffles for us to share. I had the idea to do a waffles-in-bed type of thing for him for his first Father’s Day, until I realized we’ll be out of town! So I surprised him the other day with a new waffle recipe and it was a major hit. And these ain’t no ordinary waffles, guys — they’re packed with protein and nutrients and good-for-you stuff (but they’re so delicious Mr. Lovely didn’t even notice how healthy they are).

The secret to this little recipe is the Vanilla Protein from ALOHA. When I found this stuff I was so  excited — protein powders usually taste like chemicals to me but this stuff just tastes delicious. It’s all vegan and organic, and has so many nutrients it’ll make your head spin. It also made this batch of waffles totally filling and didn’t leave us with that shaky sugar high an hour later. 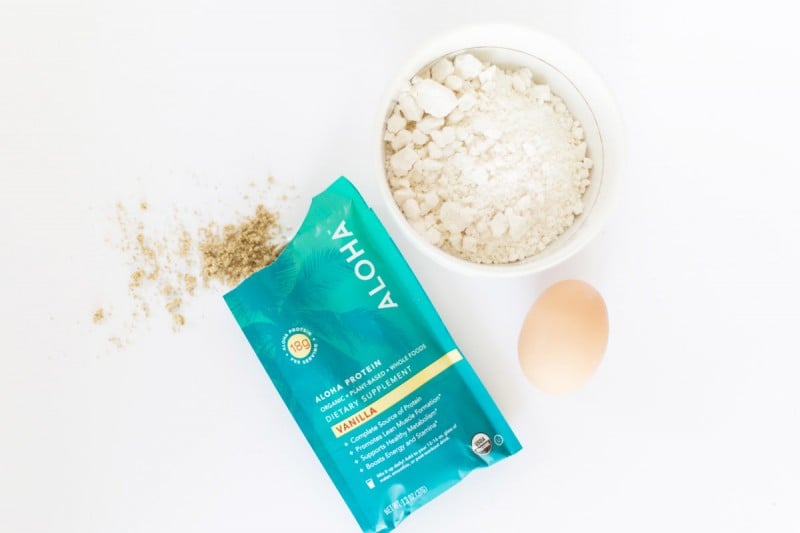 Mix the protein with your usual waffle mix in a large bowl. Add egg, oil, and your milk of choice. Stir gently until the mixture is smooth. In the meantime, heat up your waffle iron. Once heated, drop a large dollop of mix into each section of the waffle iron and cook as usual.

Once your waffles are made, roughly chop up two sections of the ALOHA Superfood Chocolate. And how brilliant is it that by adding chocolate to these bad boys you’re actually adding more nutrients?! The Superfood Chocolate is made with fruits, veggies, fair-trade cacao, coconut sugar, and contains a whole slew of antioxidants. Also, I was pumped to find out that it melts like a dream. Put your chopped chocolate in a small bowl and microwave for about 30 seconds. Stir to smooth it out and drizzle it on those waffles like a professional. Finish the plate with a little dusting of powdered sugar if you’re into that sort of thing. 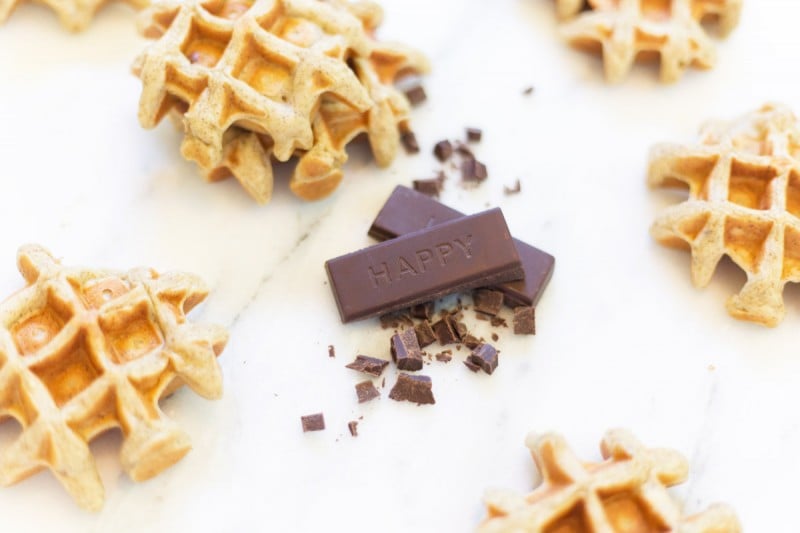 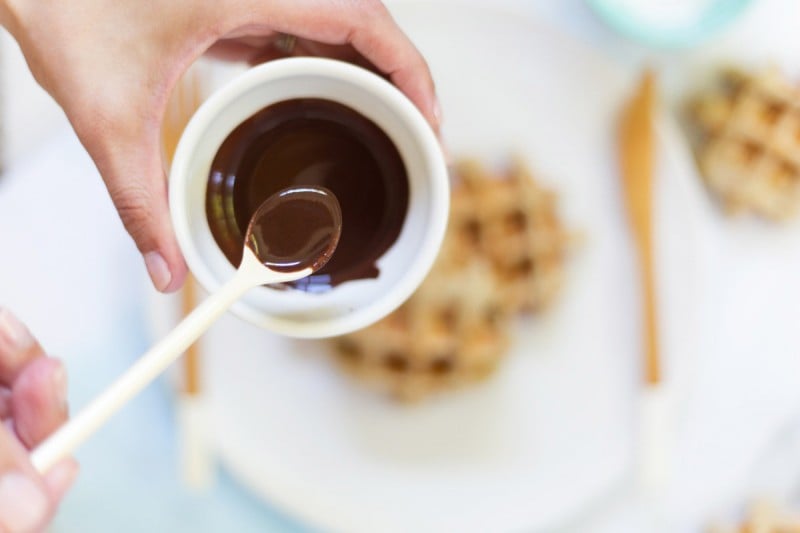 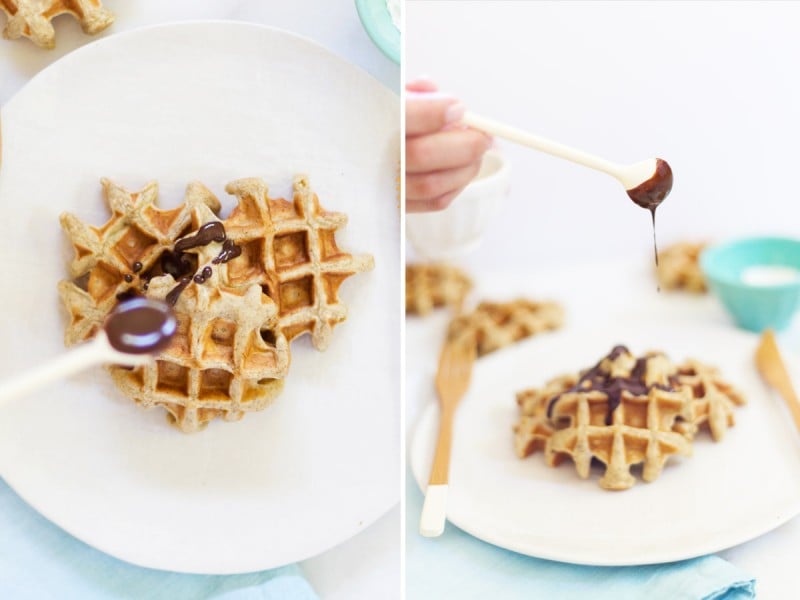 I asked Ryan if he’d lend me his hands to get a photo of the waffles, and after I took the photo he literally took the plate and ate them all before I even realized what was happening. Soooo — I guess they’re pretty good. And I couldn’t get too upset with the guy, I mean they’re Father’s Day waffles, after all! 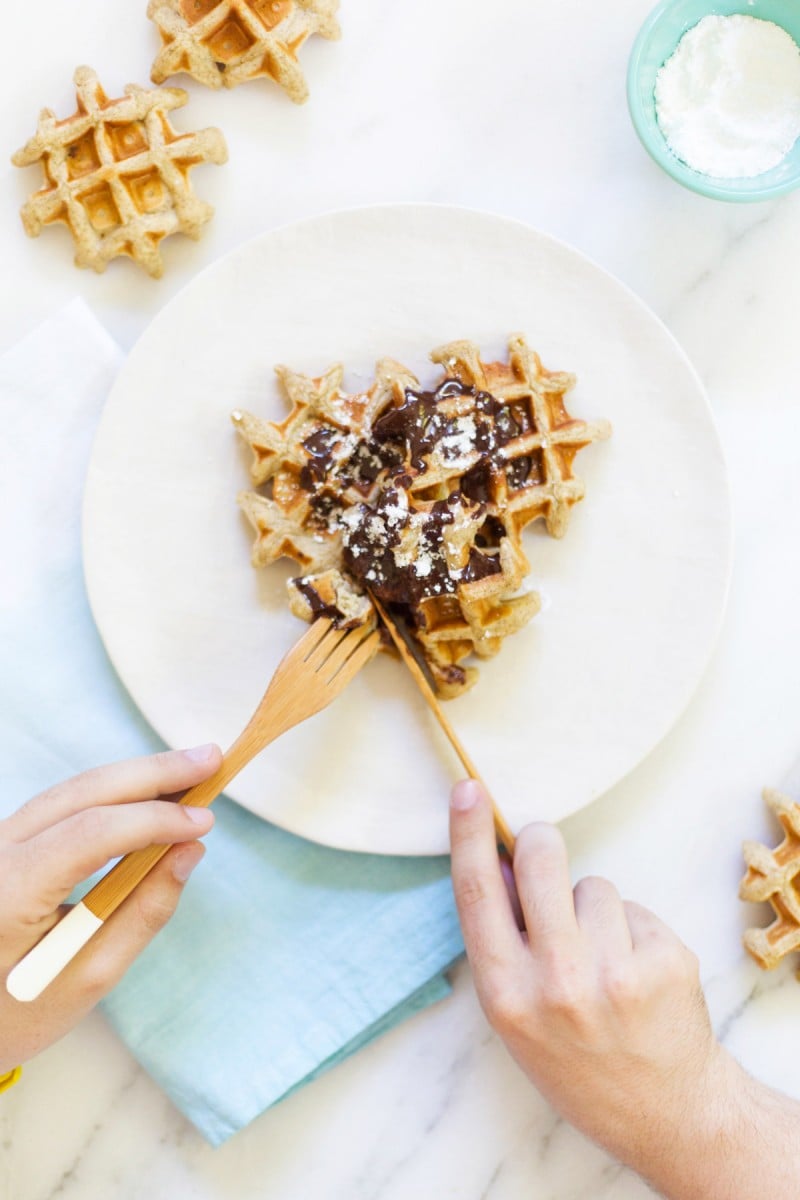 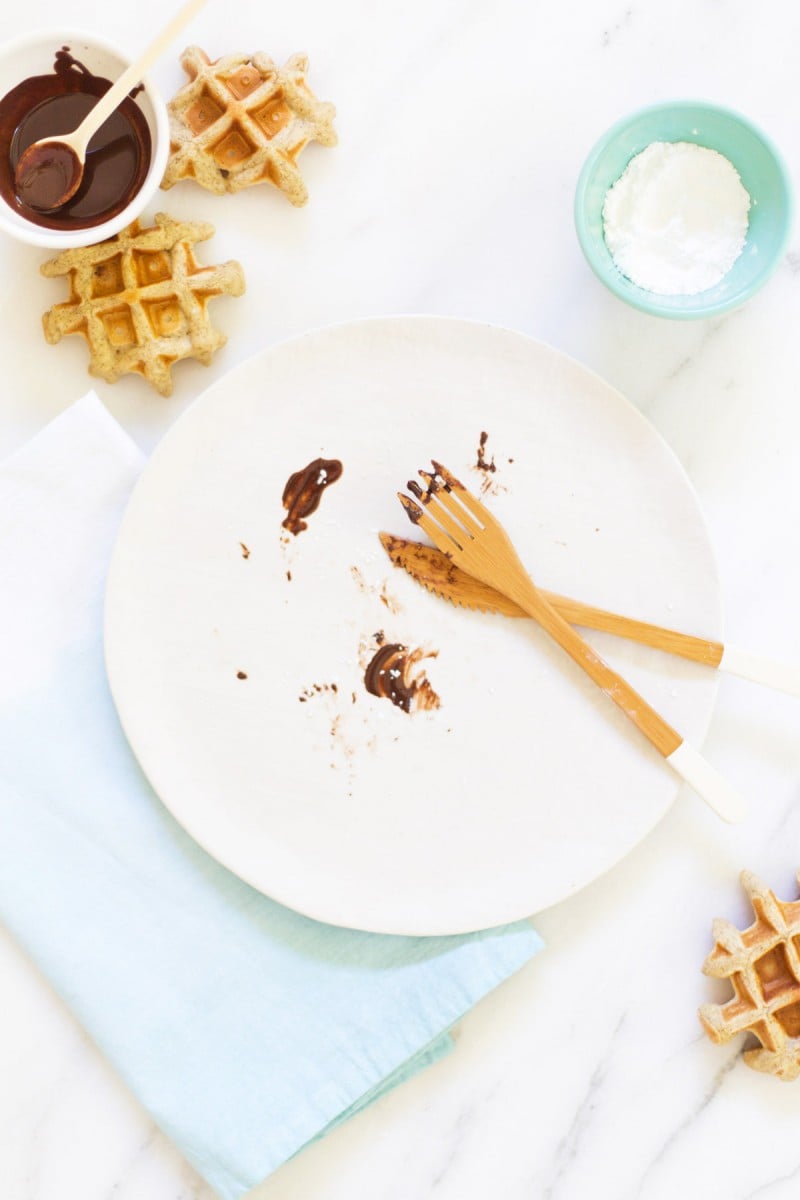 Have you tried any of our waffle recipes? What’s been your fave so far?! xoxo

This post is created in partnership with ALOHA. All concepts and opinions are my very one. Thank you for being supportive of the partners who help keep Lovely Indeed rocking! xoxo