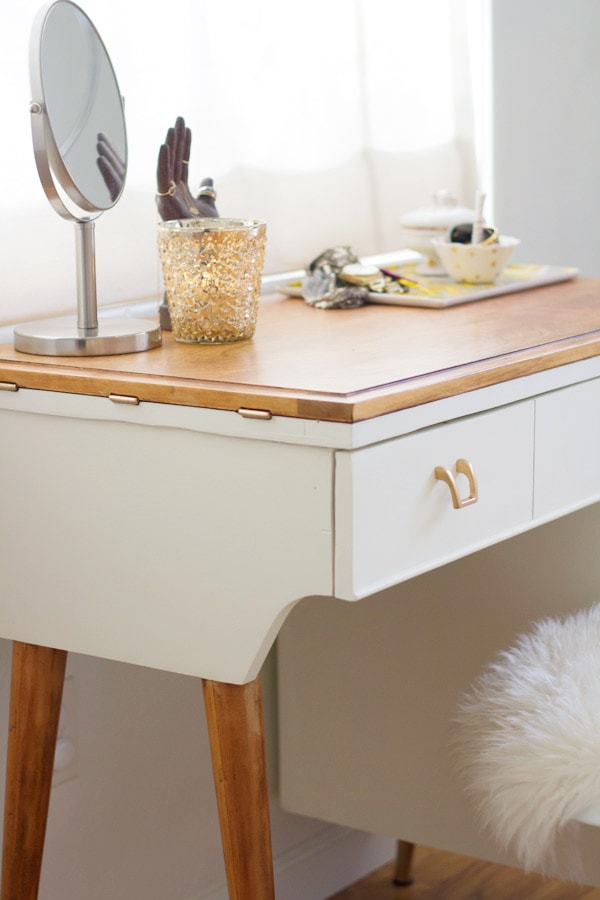 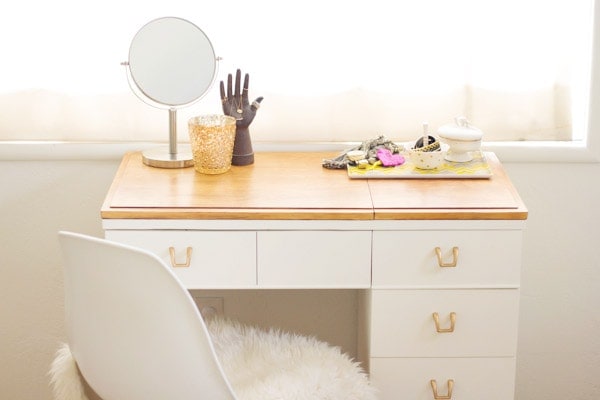 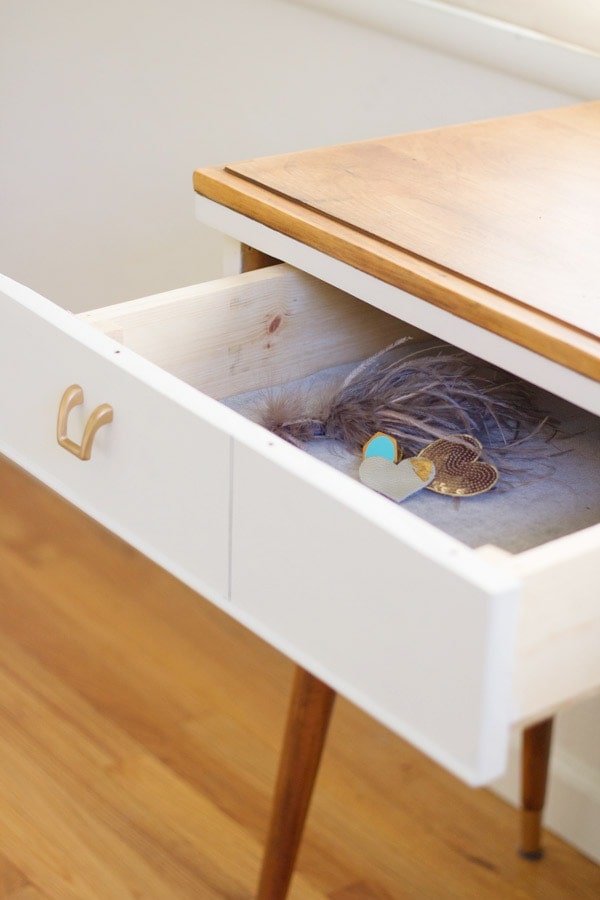 When we were living in LA, Mr. Lovely and I were making the yard sale rounds one weekend morning and stumbled on this vintage sewing machine table. I was needing a little furniture piece to house my jewelry and accessories, and I thought it might work well. We asked the guy how much he wanted for it and when he said fifteen bucks I just about picked up the thing and ran away with it. I think it was one of those moments when he realized he lowballed me but there was no going back. That sucker was mine.

So we took it home and it lived with us in LA for a while. We left it as it was because we didn’t really have a place to do woodworking in our apartment, but I always dreamed of refinishing it and making an extra drawer where there was just a facade on the front. And that’s what we finally did! (My handy husband is especially handy now that he’s got a whole garage full of tools to work with. It’s adorable.)

Here’s what we started with, a simple old sewing desk with a fold-out top. It had an awesome shape and design but was kind of scratched up and was just a little boring. 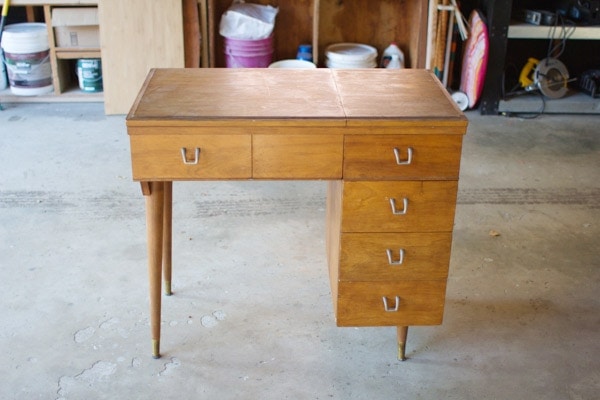 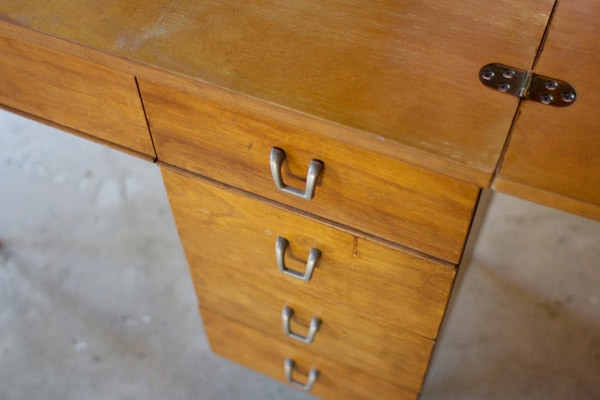 We started by sawing through the front facade of the desk, pulling out the front panel, and putting together a frame to add a drawer. The drawer was framed up with a bottom screwed on, and a base for the drawer was added to the existing desk. It also had those wacky panels that opened up for sewing, which got screwed down and secured to the desk itself. 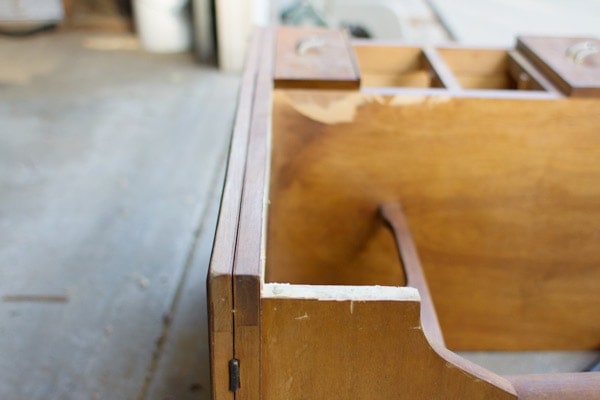 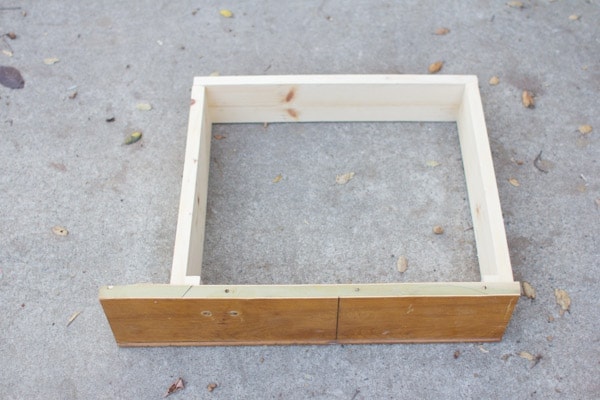 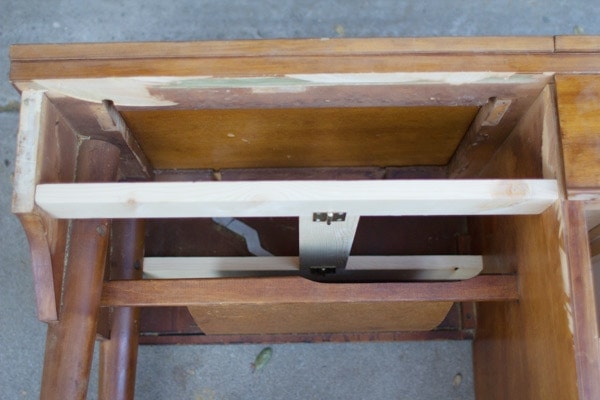 Then the whole shebang got sanded. Reallll well. 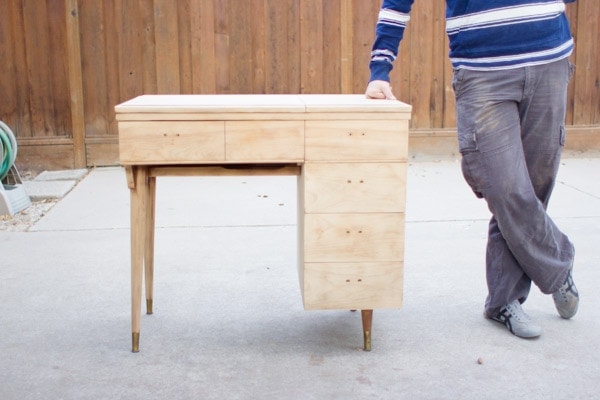 We taped off the top portion and the legs of the desk and added a coat of stain, followed by a coat of sealer. Once that was dry, we retaped and painted the rest white. 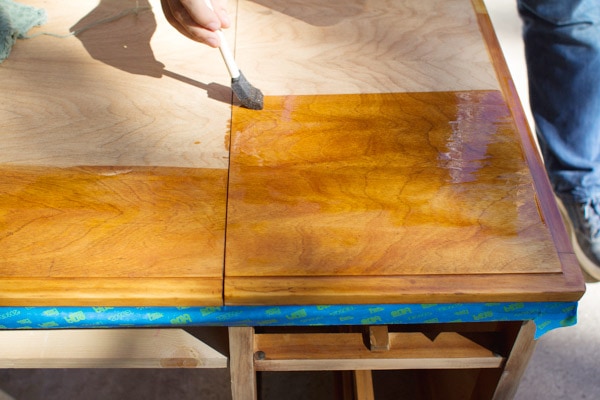 I had originally started a search for some new hardware, but after a bit I decided that I really loved what was there and I just wanted a new finish on it. So I took to all of the hardware (including the hinges we left on and the base of the legs) with some liquid gilding. And I totally ended up loving it. Cheap (read: free) fix, and looks pretty swell. 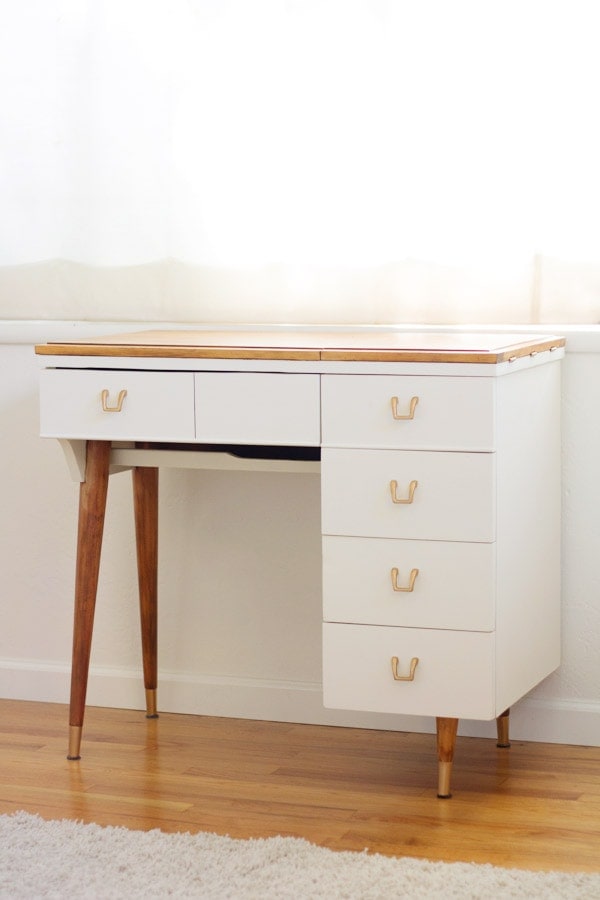 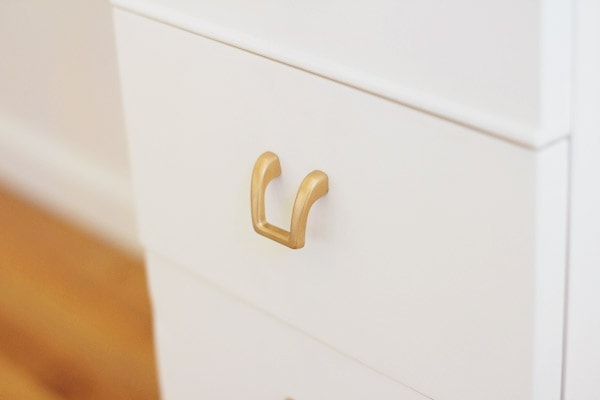 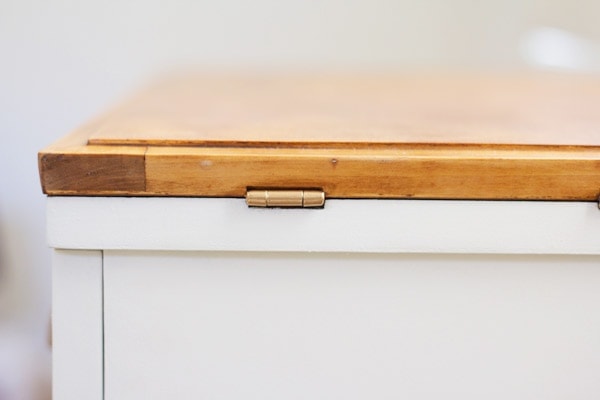 So now she’s all set up and it’s the perfect spot to sit and put my face on (who says that?) and pick out accessories! I love how it turned out, and that it gave that old sewing desk a new life. Gah I just can’t get over those legs — they’re so good. 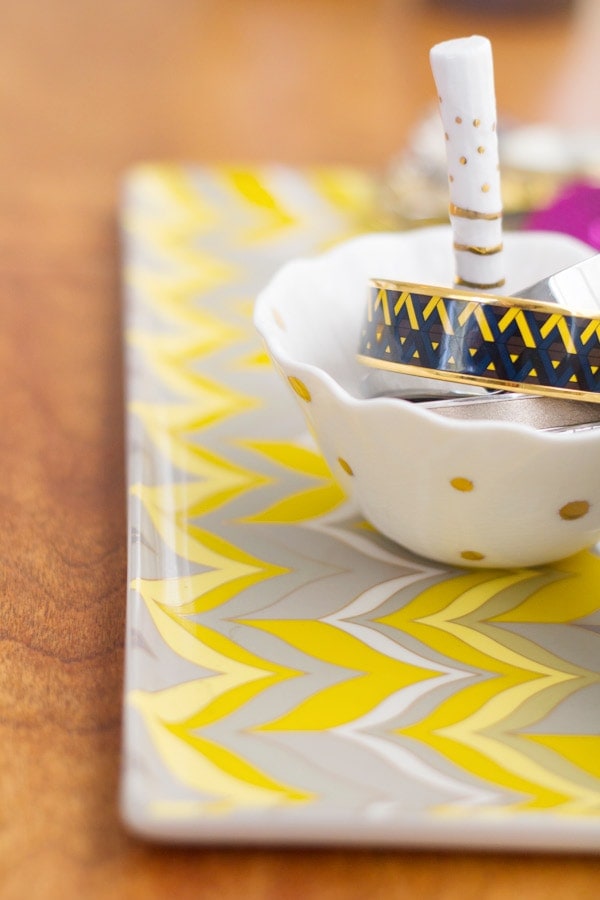 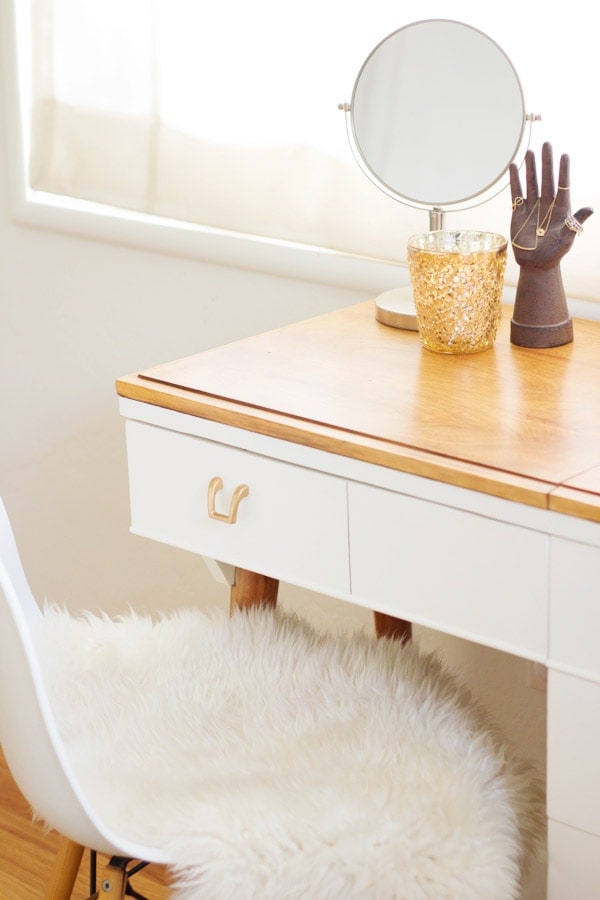 I get so pumped when I find pieces like this one for a steal. I mean, $15 and a coat or two of paint just ain’t too shabby. xoxo

44 thoughts on “DIY Vanity from a Vintage Sewing Table”