As you may know, I just wrapped up a show called Cowgirls at Florida Studio Theatre.  It was an absolute blast of a summer, and six of us girls got to parade around the stage each night, playing guitars and speaking in ridiculous country accents.  Doesn’t get much better than that.

One of the girls decided, for our opening night gifts, to pay homage to one of her lines from the show (“I made you a cow!”) and DIY little finger puppets for all of us.  I just about died when I saw it — the cutest little cow finger puppet you could ever imagine.  So naturally, I asked if she’d write us a little tutorial on how it’s done.  Here’s Emily.

Step 1: Cut out the main body of the cow. This should be 2 rectangles of cream felt about 2.5” x 1.5” with rounded corners at the top.

Cut out 2 smaller light brown versions of this same shape that will be folded to create ears.

The horns can be cut out as one piece. Simply cut out a bubbly looking ‘v’ from the cream felt.

Cut out remaining felt shapes: 1 small light brown oval for the nose, one large and one small dark brown spot, the pink udder, and a dark brown heart shaped spot for the back. 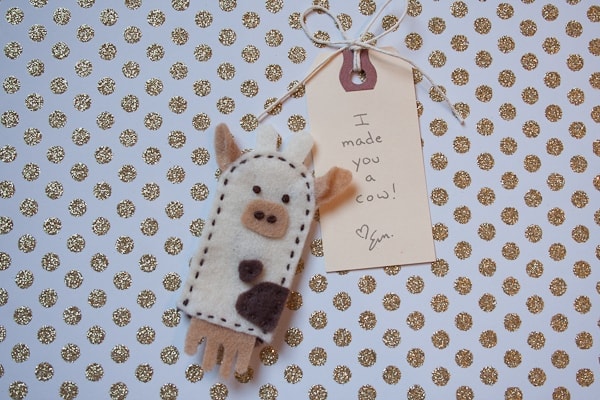 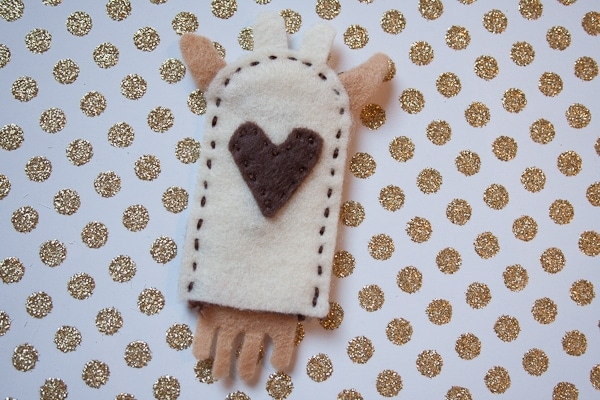 Step 2: Make two French knots for big brown cow eyes! If you don’t know how to do a French knot, you can learn here.

Place nose below the eyes and do two French knots for nostrils (these will also hold the nose in place). 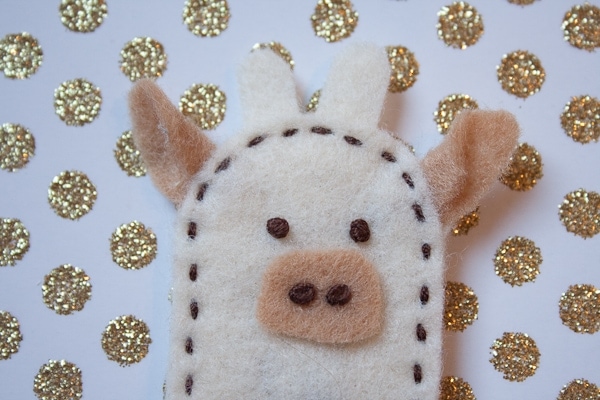 Step 3: Sew on spots wherever you like! On the larger spots I like to do cute big stitches all around the edge, but for the smaller ones a little ‘x’ in the middle is enough to keep it from going anywhere. Don’t forget to sew on your heart shaped spot to the back piece! 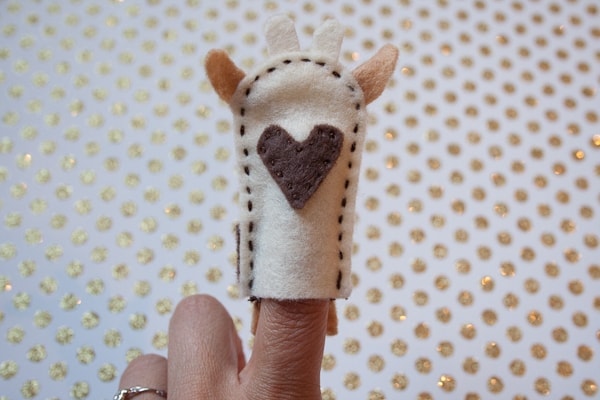 Step 4:  Sew on the udder.  This looks best if you place the pink felt udder behind the cream body and do even stitches all across the bottom. 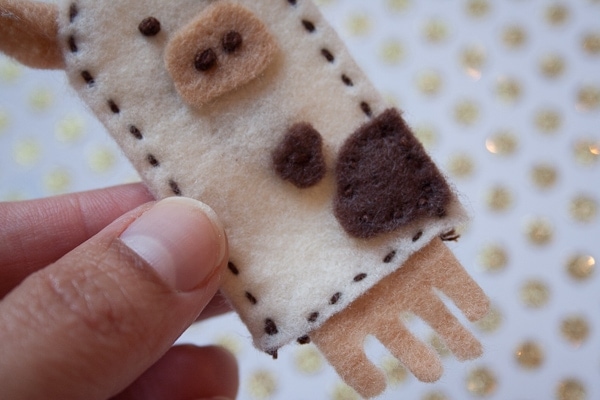 Step 5: Now you put it all together.  Place the back and front together (right sides out) and stitch all along the edge.  As you go, you will tuck the ears and the horns in between the two layers and stitch through. Be sure to fold the ears.

*make sure you put good knots on the ends of your thread so they don’t pull through.  I like to double the embroidery floss to make extra fat stitches!*

And that’s all there is to it!  These little guys would make adorable favors at a country-themed party, or perfect gifts for the little ones in your life (just make sure that no tiny parts get swallowed!).  Thanks, Em — yeeee-haw!  xoxo 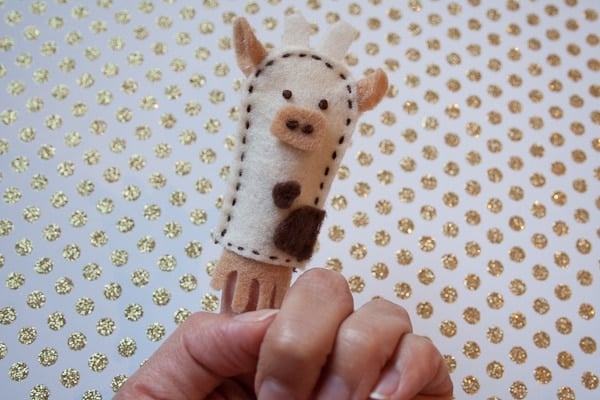