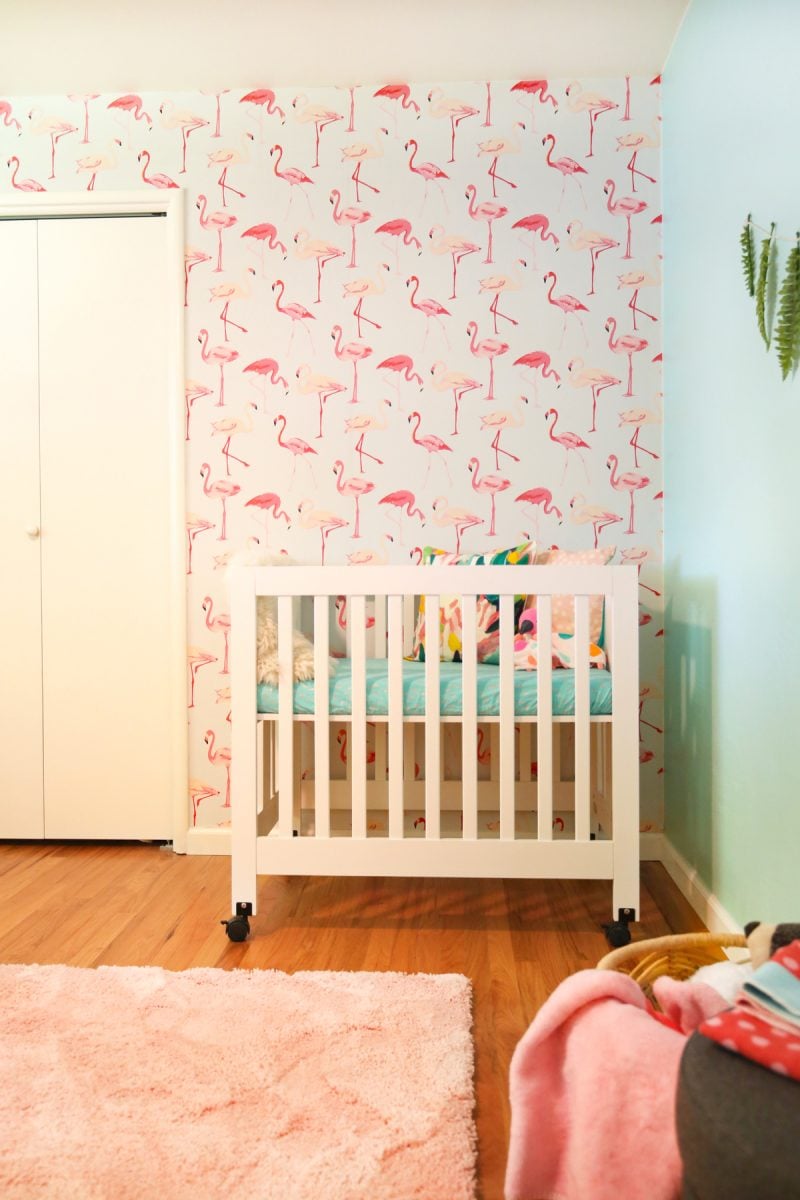 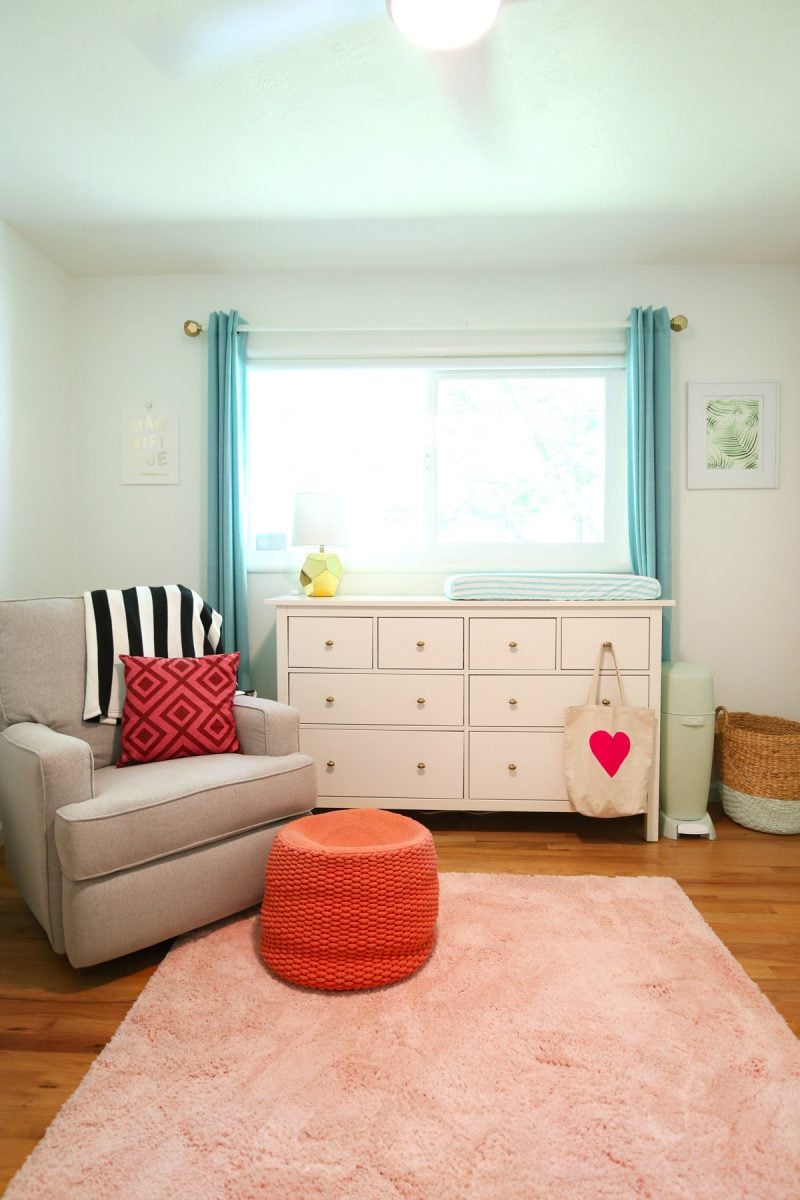 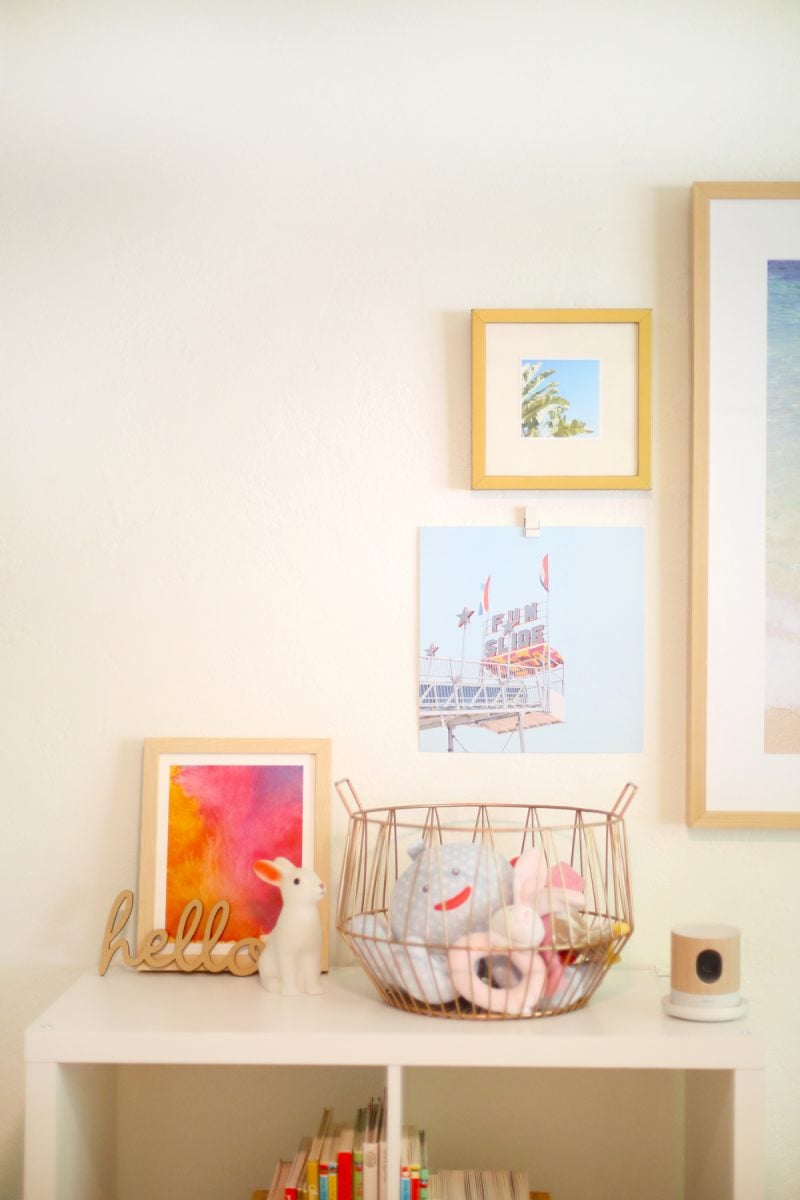 Oh man, it’s finally done! I was kind of worried Baby Girl would get here and we wouldn’t have a single diaper unpacked because for the longest time her nursery was a storage room for extra furniture while the remodel was raging. But we got her little room all put together and I’ve been pretty excited to share it here! We mentioned a while back that we had our eye on some flamingo wallpaper, and we fully committed. It’s a flamingo party in here, gang. I love it!

This was Henry’s old room, and we had a pale blue wall painted in it for him. Initially we were going to paint it white but once we got the flamingos up it looked pretty fun together! So we left it and added some mint and darker green touches to balance out all the pink. The flamingo wallpaper is from Murals Wallpaper‘s Tropical Collection. And we actually did it ourselves. It was our first time wallpapering and I was totally scared, but after we hung the first section we got into a groove. We’re planning on wallpapering the kitchen, too, and we’ll have a whole how-to post coming up! I kind of can’t wait because I love the flamingos and the stuff we got from Murals Wallpaper is even better. (If that’s possible.) Eeee! 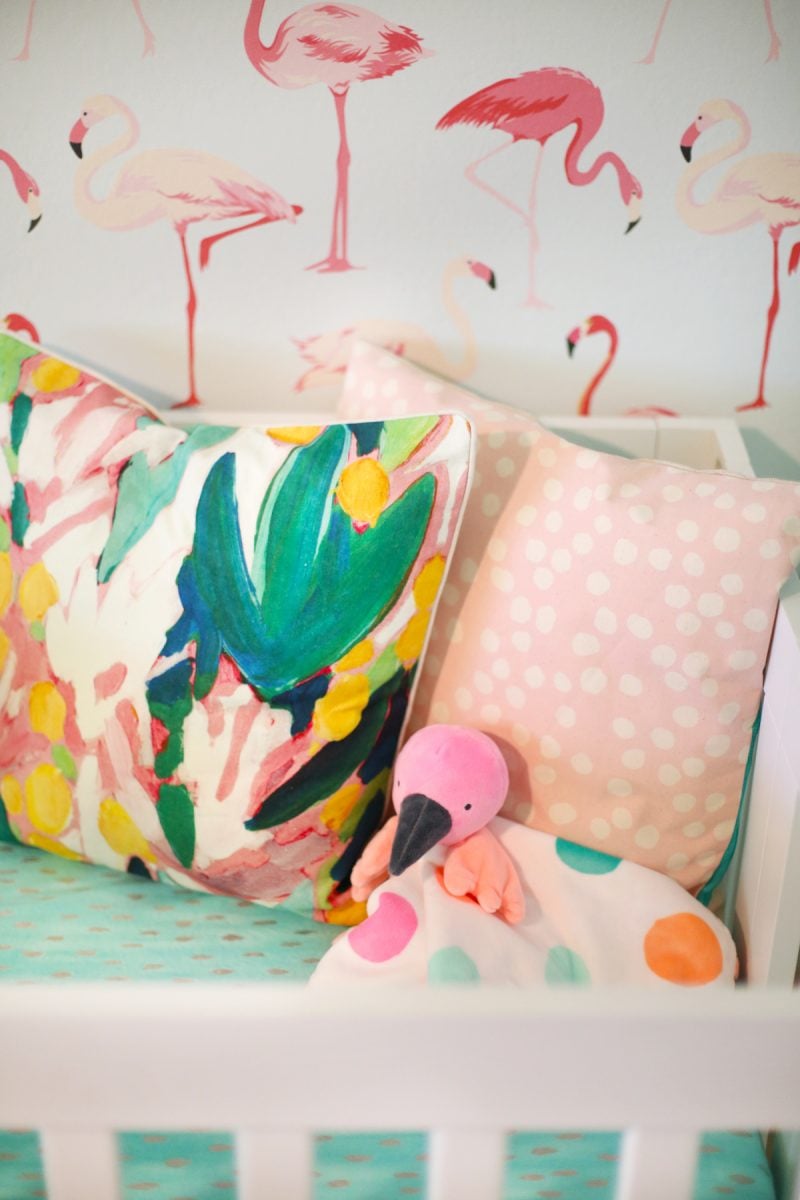 I loved the rocker we got for Henry’s room (and have spent many an hour in it), but this time around we wanted a rocker-recliner so we found this one. Super comfy. The crib is the Babyletto Origami Mini Crib, and is just big enough for Baby Girl while Henry is finishing up using his crib. We’re also planning on having it in our bedroom to use as a co-sleeper while she’s brand-new, to make it double duty. 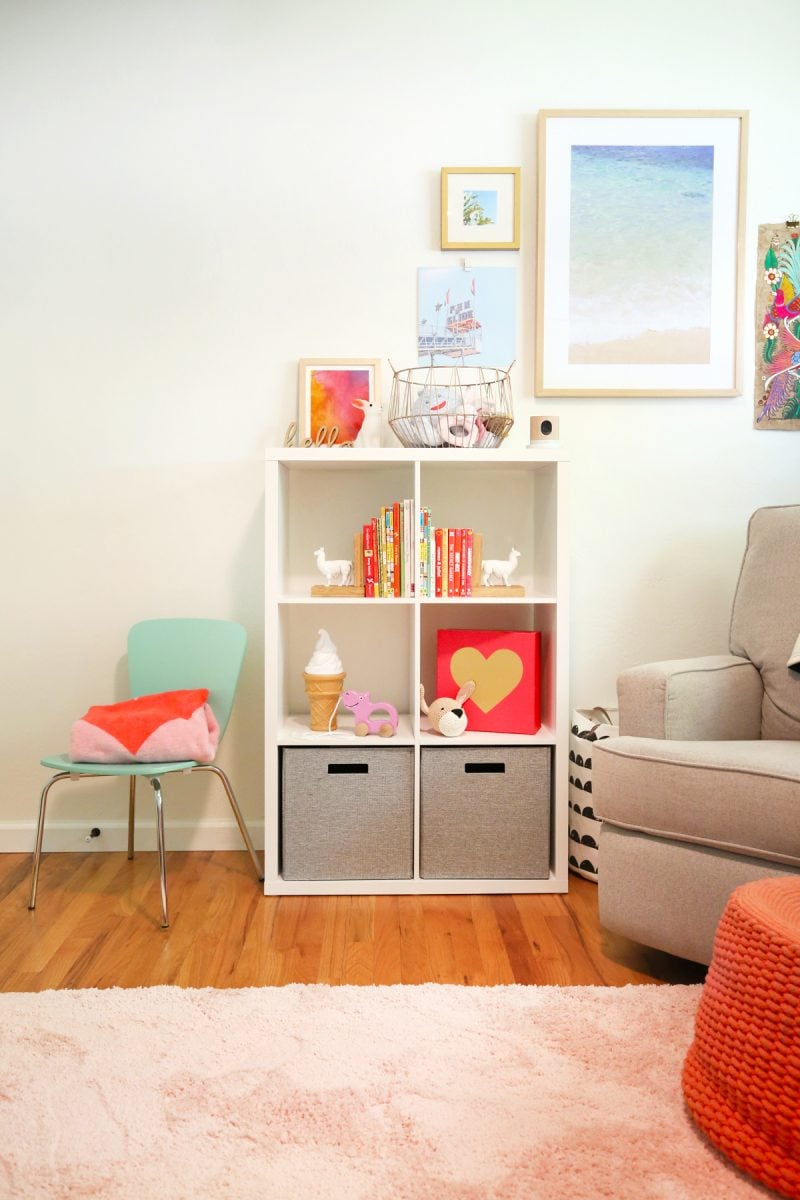 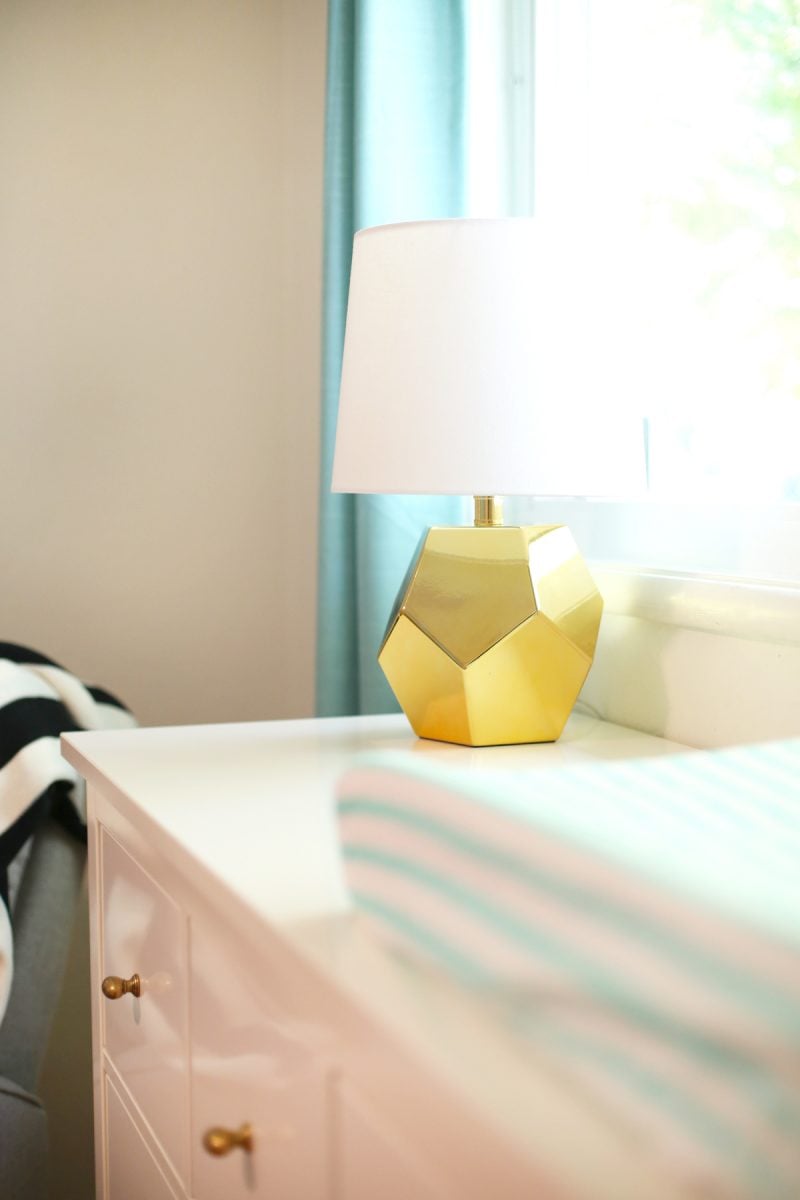 Land of Nod was kind enough to send a few fun finishing things to spruce up the place — why do they have the cutest kid stuff in the world? I can’t stand it. The lamp might be my favorite, and the fact that it matches the finials on the curtain rod. The little mint Felix chair is adorable in there, too, although Henry keeps trying to claim it as his own. 😉 We included their Funslide print in a little collection of art on Baby Girl’s wall, next to a couple of my own photos and a print that we got on a trip to Mexico. The little globe pulls on the closet door and throw pillows are Nod, too. I swear, I would just as easily put all of their pieces in my own room. 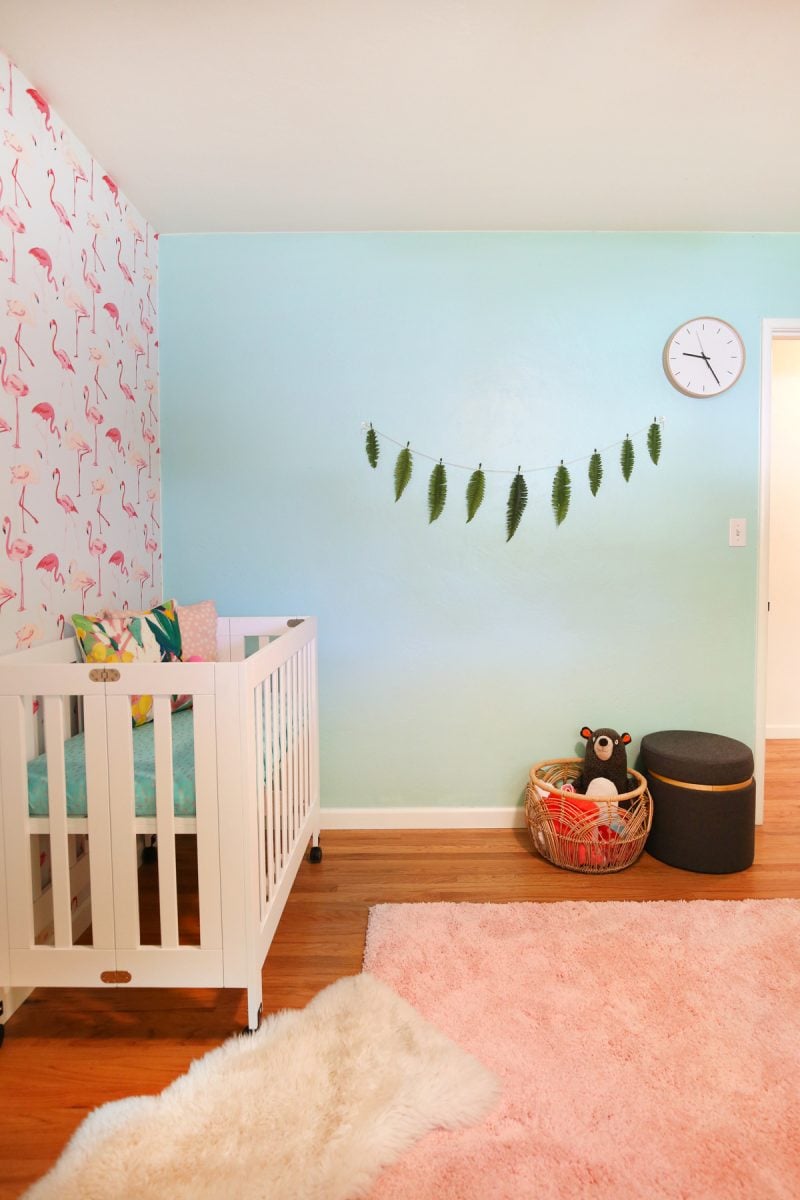 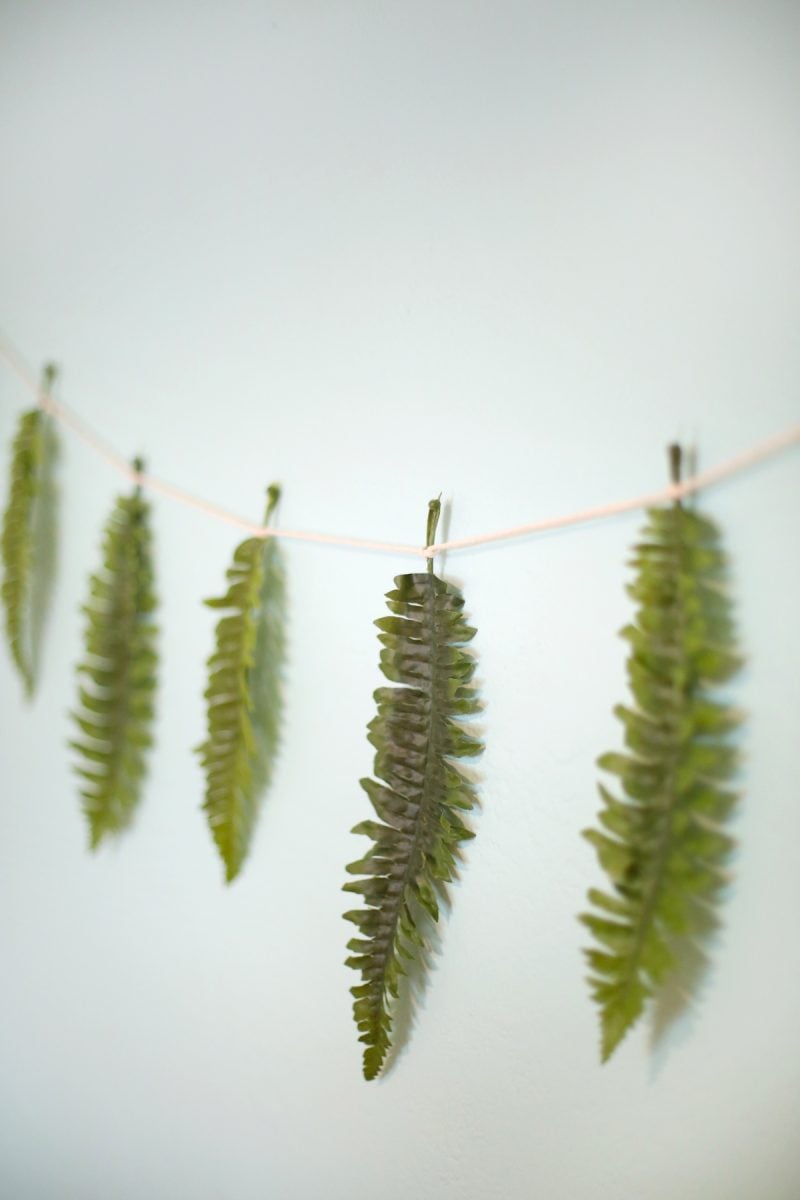 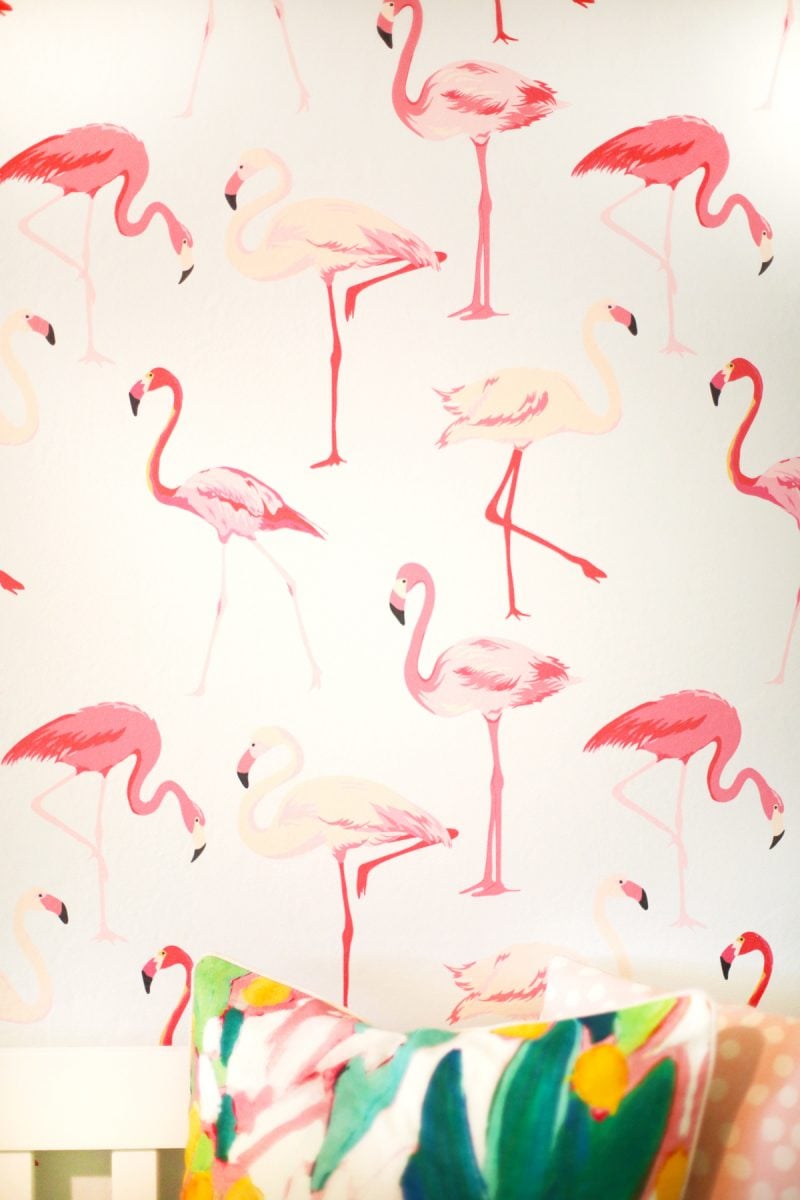 I made a quick little garland for the blue wall out of some faux greenery (inspired by this one!). And we found some great changing pad covers thanks to June & January — basic stripes in just about any color you can think of. 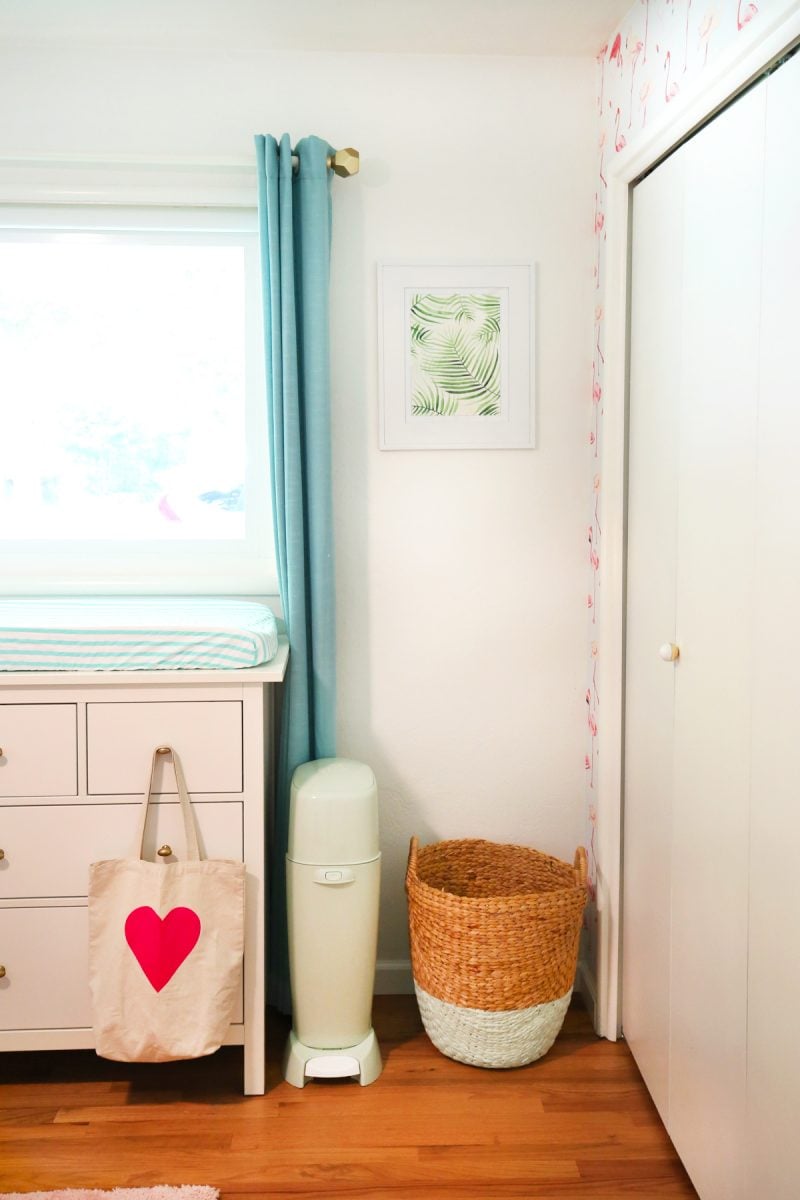 Other than that, we didn’t fill her room with bunches of stuff. I learned pretty quickly with #1 that it’ll fill up soon enough as she gets more clothes, toys, bigger diapers, and all of that stuff that comes way sooner than you think it will. I just can’t imagine that this room will be where the action is pretty soon! So hard to wrap your head around an actual baby while you’re preparing all of the logistical stuff. I’m just so glad that we finally have a home base for her. She’ll be here before we know it! xoxo