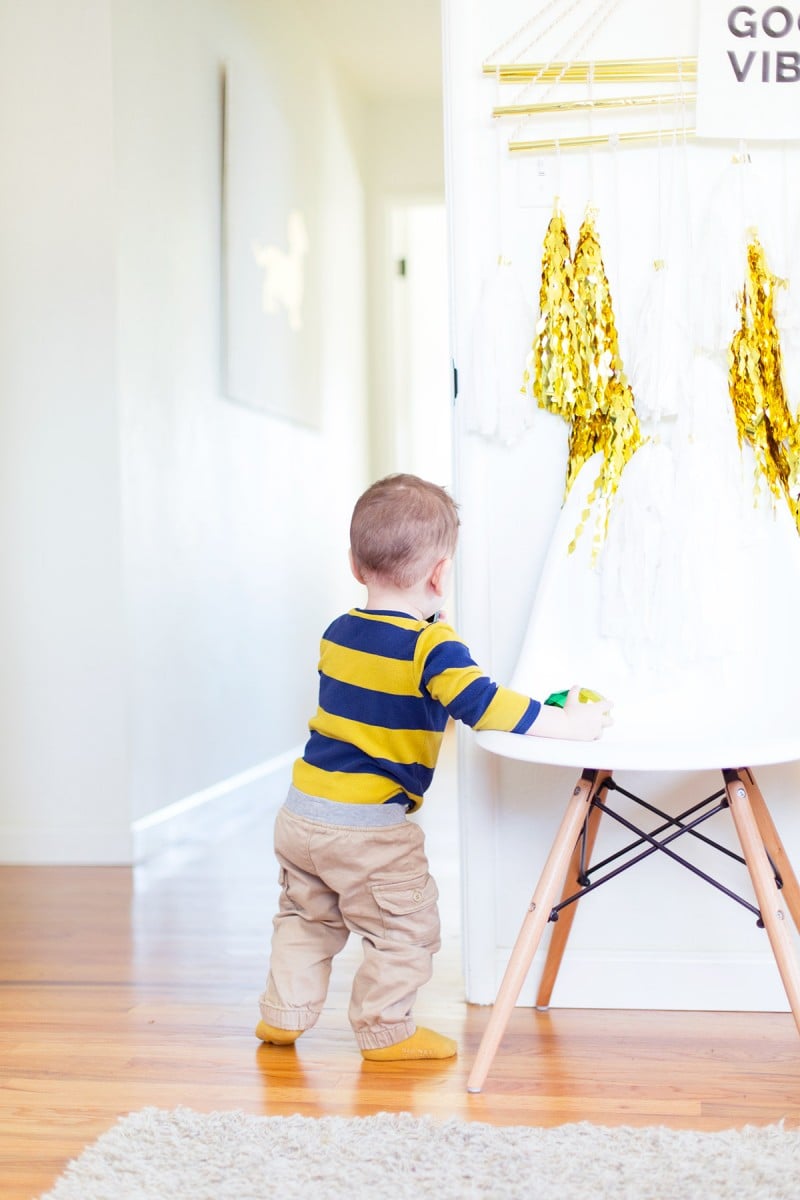 Oh, my heart. A few weeks ago Henry took his first steps. We had been working on it with him, helping him go from crawling to walking holding both hands to walking holding one hand and finally we were playing in the living room one night and Ryan said “Walk to Mommy!” And he just… did. And my heart twisted in a new way that I haven’t felt yet because my baby is now a toddler.

How do these days pass? Days and then weeks and then months and milestones and years? I have never wished one moment away, even the ones in the middle of the night where your legs give out because you fell asleep standing up trying to shush the kid to sleep. Not even the ones where you’re covered in puke for the third time that week. Or the ones where the kid doesn’t even want you because he’s into Dad that week. But despite not wishing those moments away, they fly just as quickly as the happy moments and they fall away and every day the baby marches farther away from being a baby and closer to being a kid/teenager/adult.

I remember the first few weeks of having Hanky home — I was a postpartum mess. I would look at him and feel these scary waves of love that I couldn’t control and didn’t know how to deal with and the only way they could make it out of me was to cry like an idiot. So there were some tears. And then after a few weeks I could feel the fog lifting and I felt more like myself. But it wasn’t like the love subsided; it was more like I learned how to manage it. Like learning how to surf. You’re never gonna turn the wave the way you want it so you just ride it out and enjoy. And now that he’s older, every time he hits a milestone or learns something new or looks at me and touches my face, I feel those same waves and just try to ride it out.

I imagined him taking his first steps a dozen times. But never once did I imagine how I would feel about it. Turns out, the overwhelming feeling was pride. Pride?! Never would have guessed. But here’s this tiny person, and I was the first one in the world to touch him, and he’s ours, and we watched him learn to breathe and eat and drink, and now he’s figured out how to put one foot in front of the other. And I was just so proud of him that he was brave enough to try and fall and try again.

And now? Now we have a kid who runs around and tears apart our cabinets and looks at us with total unbridled joy that he found the bag of tortilla chips. Mom!!! Look at these chiiiips!!! At least, that’s what I imagine he’s saying. So we clean it up and make another mess and learn another thing or two every day. And I have a toddler. xoxo

8 thoughts on “Adventures in Parenthood // I Have a Toddler”