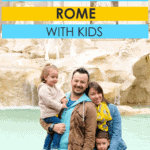 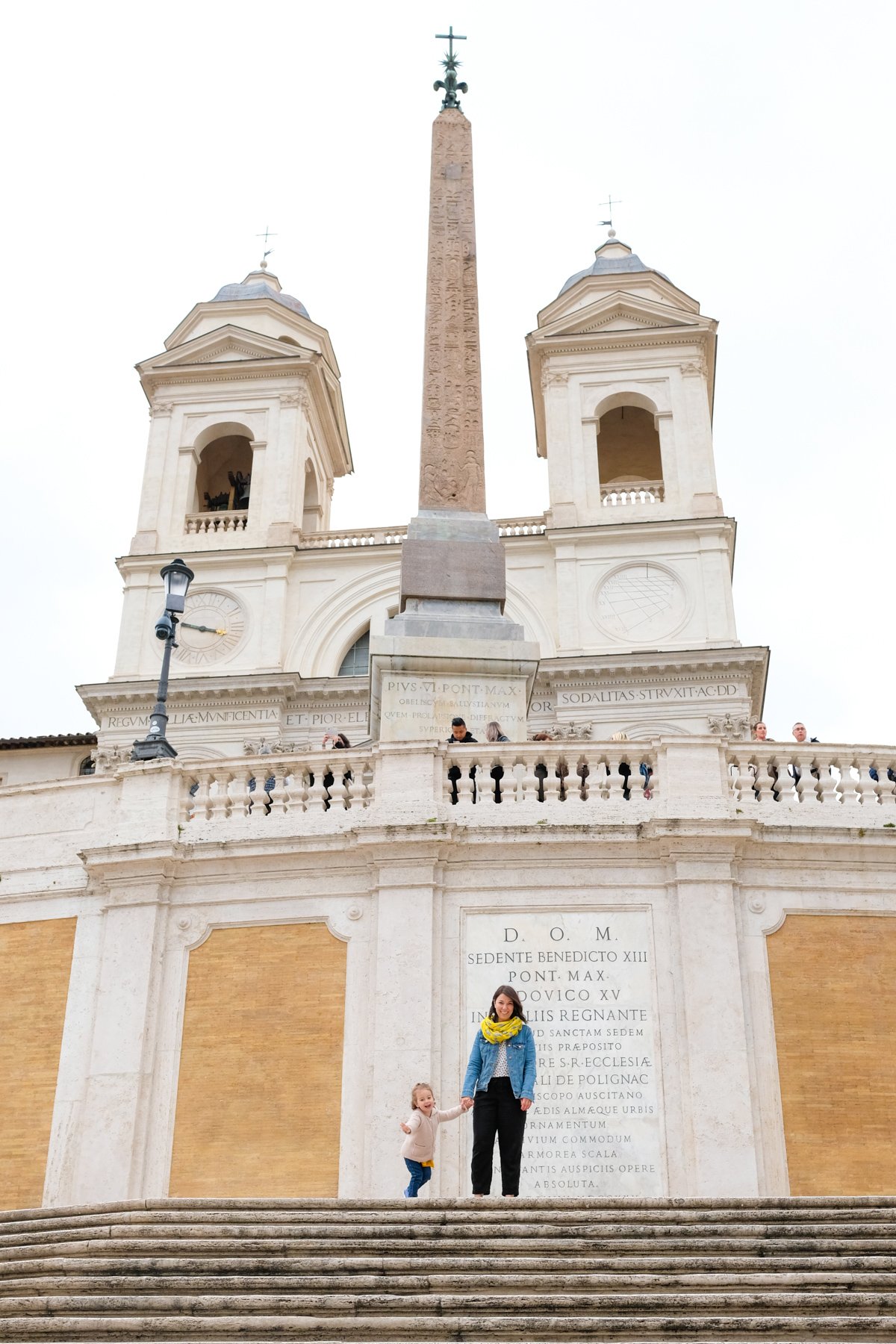 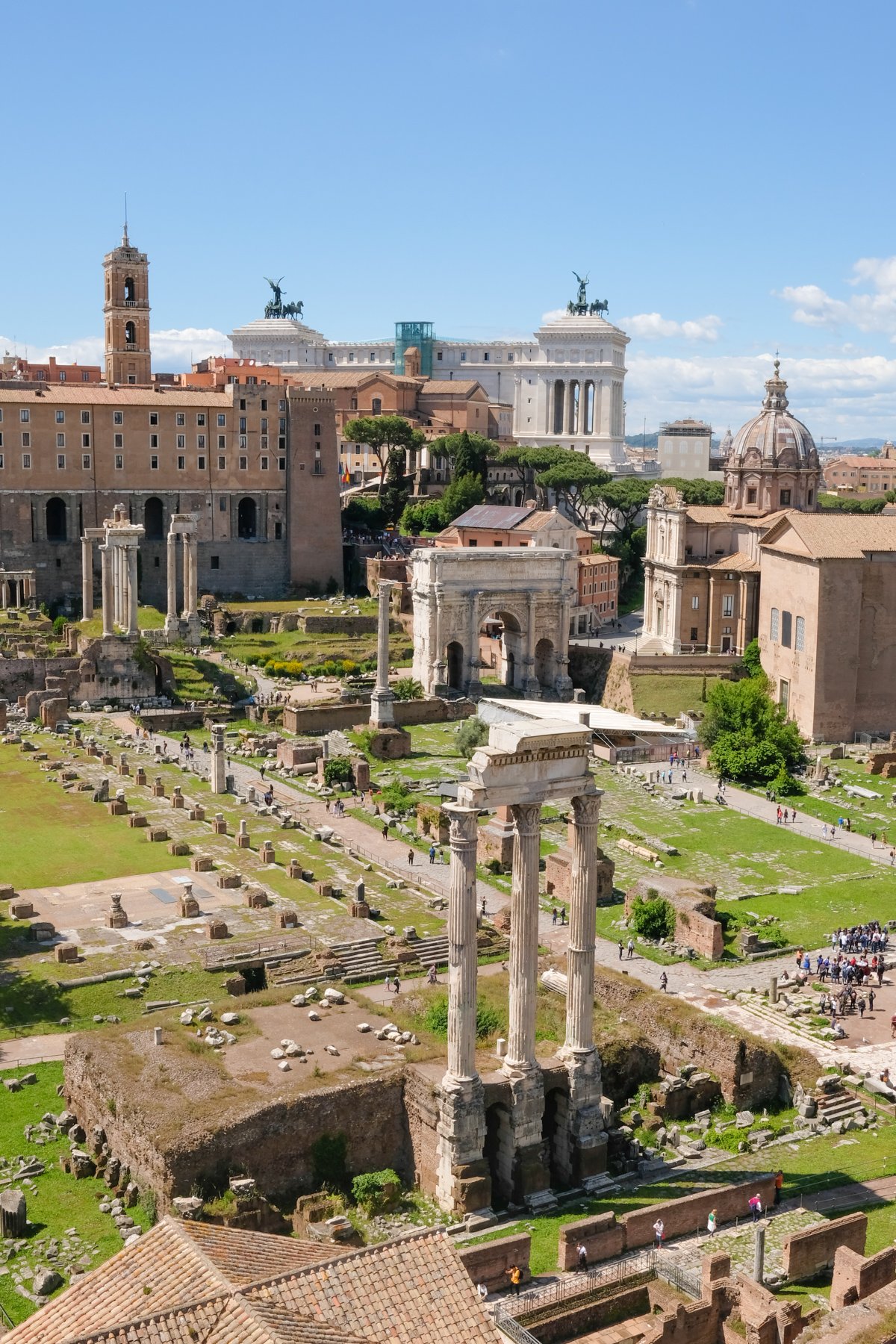 Rome feels like a big city with giant chunks of history tucked around every corner. We did so much walking in Rome (I think we clocked about 50 miles of walking in 5 days), and every city block felt like a new adventure. You could spend a whole week here and still barely scratch the surface of all of the things there are to see and do. The kids loved hunting for fountains, learning about the history, and exploring all of the parks. And while it felt totally different than Florence, by the end of our trip we had fallen in love with the city. Here are our favorite things to do in Rome with kids!

Things to Do in Rome with Kids

Henry and Maggie are 4 and 2, and we knew that some parts of Rome might be a lot for them to tackle. So we thought really strategically about organizing our trip, and how to sequence it all so that the kids felt like they had lots of time to relax, room to play, and fun things to see — but also so that the grownups felt like they were truly experiencing Rome. One of the things that I really appreciated about the city is that so many of the points of interest are outdoors, and free. So you can see them on your own timeline, and the kids don’t feel like they’re walking through museum after museum. It really made for lots of great adventures.

How to Prepare Your Kids for a Trip to Rome

If you read our Florence post, this might sound familiar. But our number one tool for this city was a book called Mission: Rome

. It’s a travel book for kids, in the style of a scavenger hunt. The book positions your kiddo as a secret travel agent, hunting for clues throughout Rome’s landmarks. It also has overall missions to hunt for things around the city as you walk around, like certain water fountains or the city symbol. It kept the kids insanely engaged.

We would read different sections of the book each night, depending on what we were doing the next day. The information kept the kids interested and informed about the sites that we were seeing, and so excited to go on their scavenger hunts and find different clues. If you’re going with young kids, I’m officially calling it a must-have.

Best Things to Do in Rome with Kids

I feel like we experienced a little bit of everything, including most of the major landmarks that you think of when you think of Rome. But there were definitely some things we did that resonated more with us as a family, or more for the kids. So I thought we’d share our top adventures!

Borghese Villa and Gardens. We ended up in the Borghese Gardens about three times, just because it was a great place to be with kids. There are all kinds of paths to wander and run around on, fountains, and a few playgrounds. But the thing we loved the most was rowing the boats on the little lake. You can hop in a boat for a few Euro per person and row around the prettiest lake. The kids loved it and it was such a memorable moment. 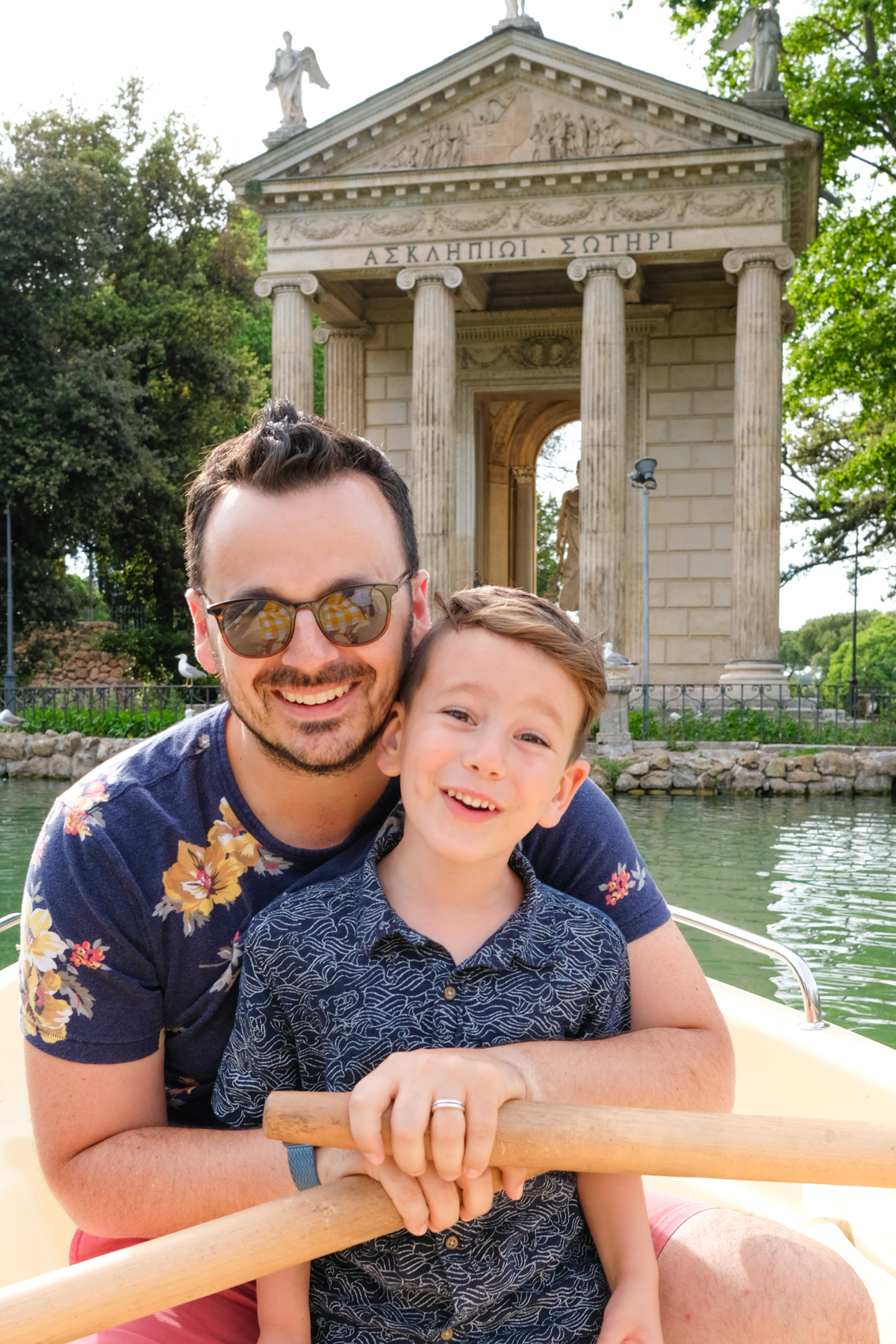 Spanish Steps, Trevi Fountain, Pantheon. I’m grouping these together because it made really good sense for us. We went out walking early one morning (maybe 8 am?) and were able to spend a good amount of time at all three of these amazing sites, with barely any crowds. It was so special to tromp up and down the Spanish Steps with the kiddos, and to have them throw their coins in the Trevi Fountain with almost nobody else there. We happened to get to the Pantheon as it was raining and rain was coming through the oculus as we were inside with almost no crowd whatsoever. If you can group these and see them early one day, go for it. 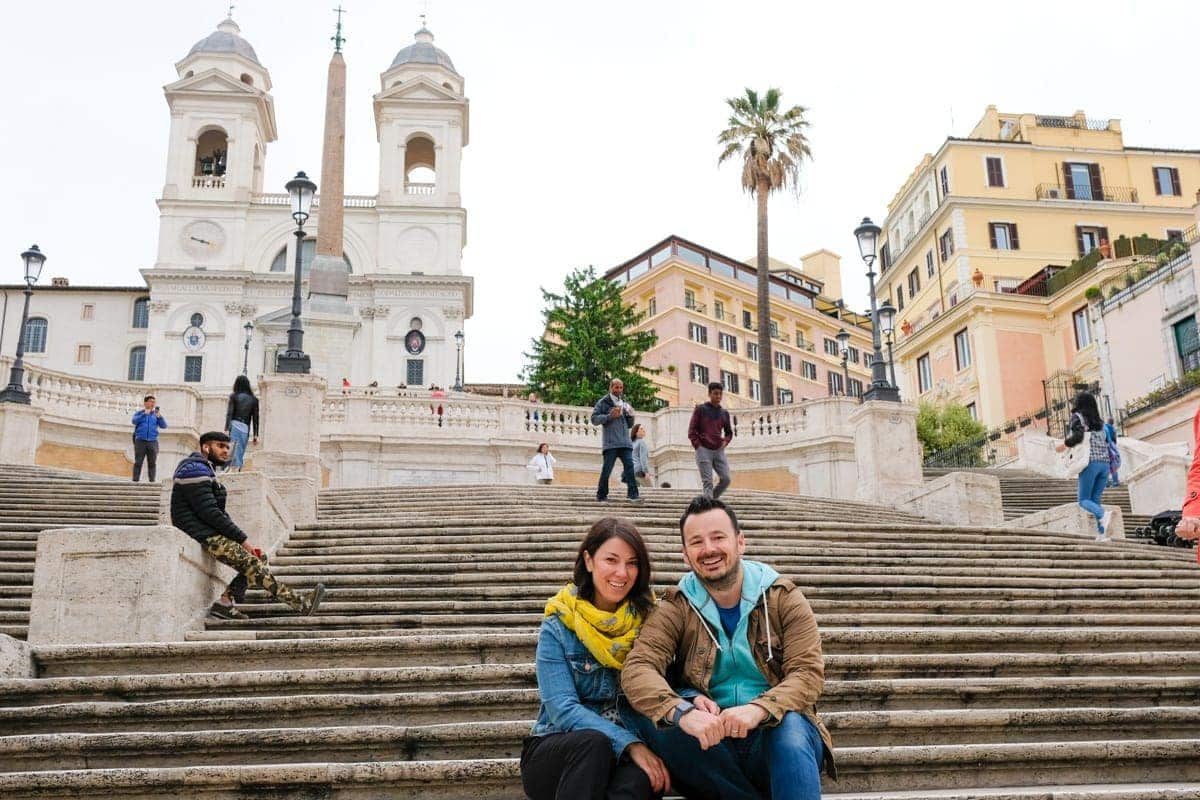 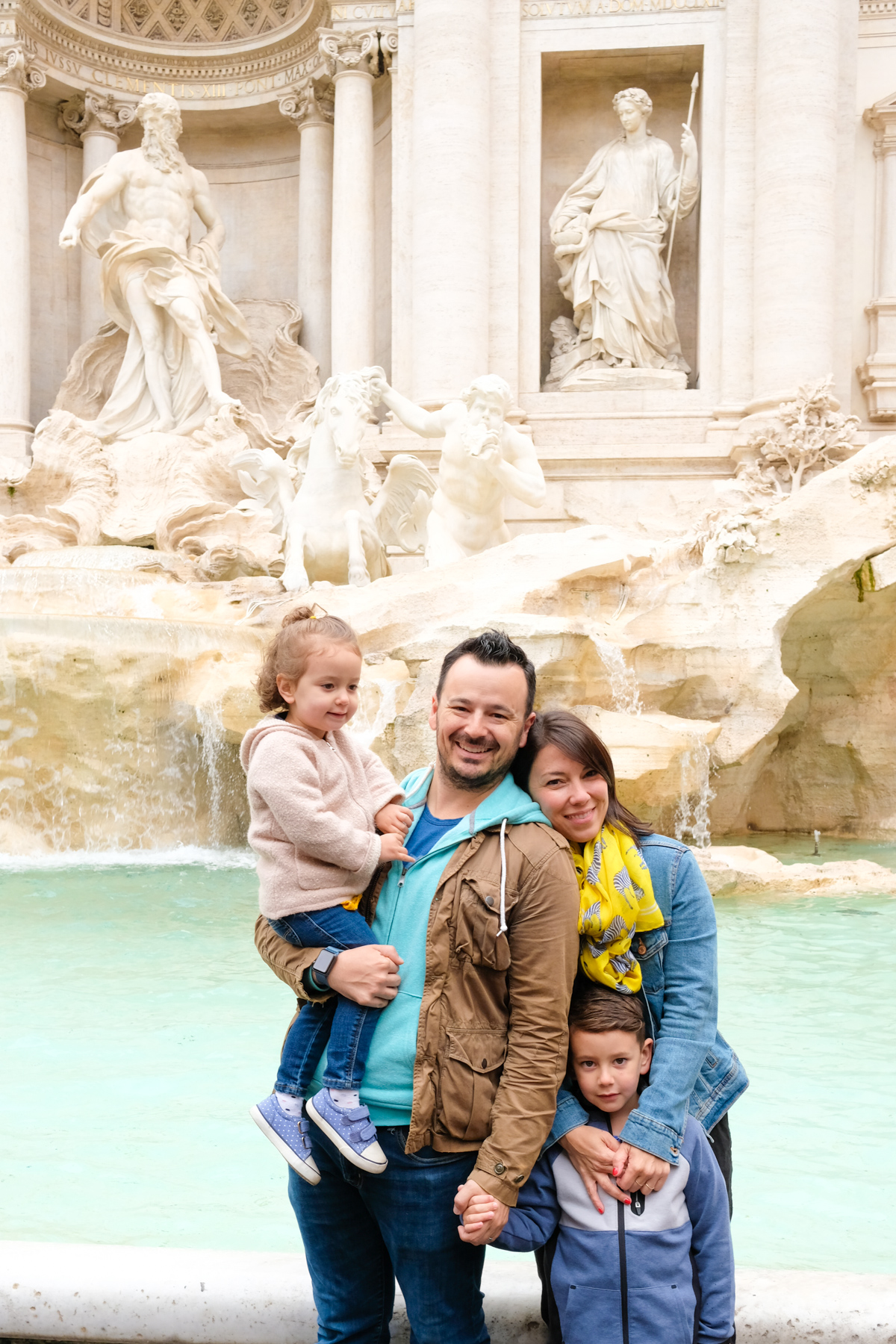 Piazza Navona. We ended up here multiple times as well! It’s a great place to let the kids blow off some steam as they dance to the local street musicians. Ryan and I ordered aperitivo while the kids either snoozed in the stroller or colored, and it was such a lovely afternoon. 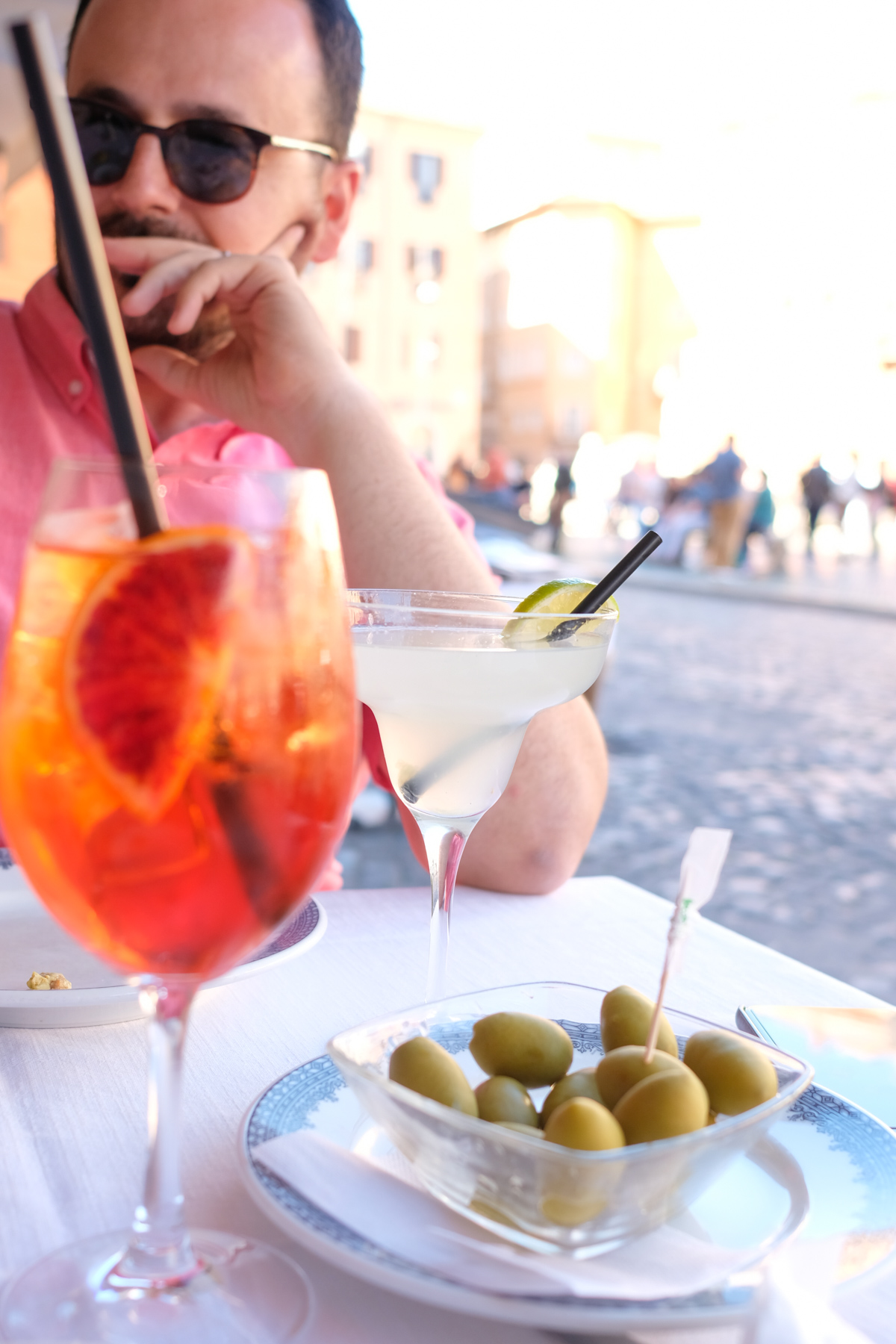 Forum and Colosseum. This excursion was probably the most athletic, because we ditched the stroller and let the kids walk (or carried them when they got tired). But the Forum especially is a really fun place to let them explore, and you can let the kiddos take the lead while you teach them about the different ruins that they’re seeing. As a point of reference, our kids (ages 4 and 2) made the climb all the way up the stairs to the top of Palatine Hill and were able to manage it with just a little help. The view from the top is worth it. 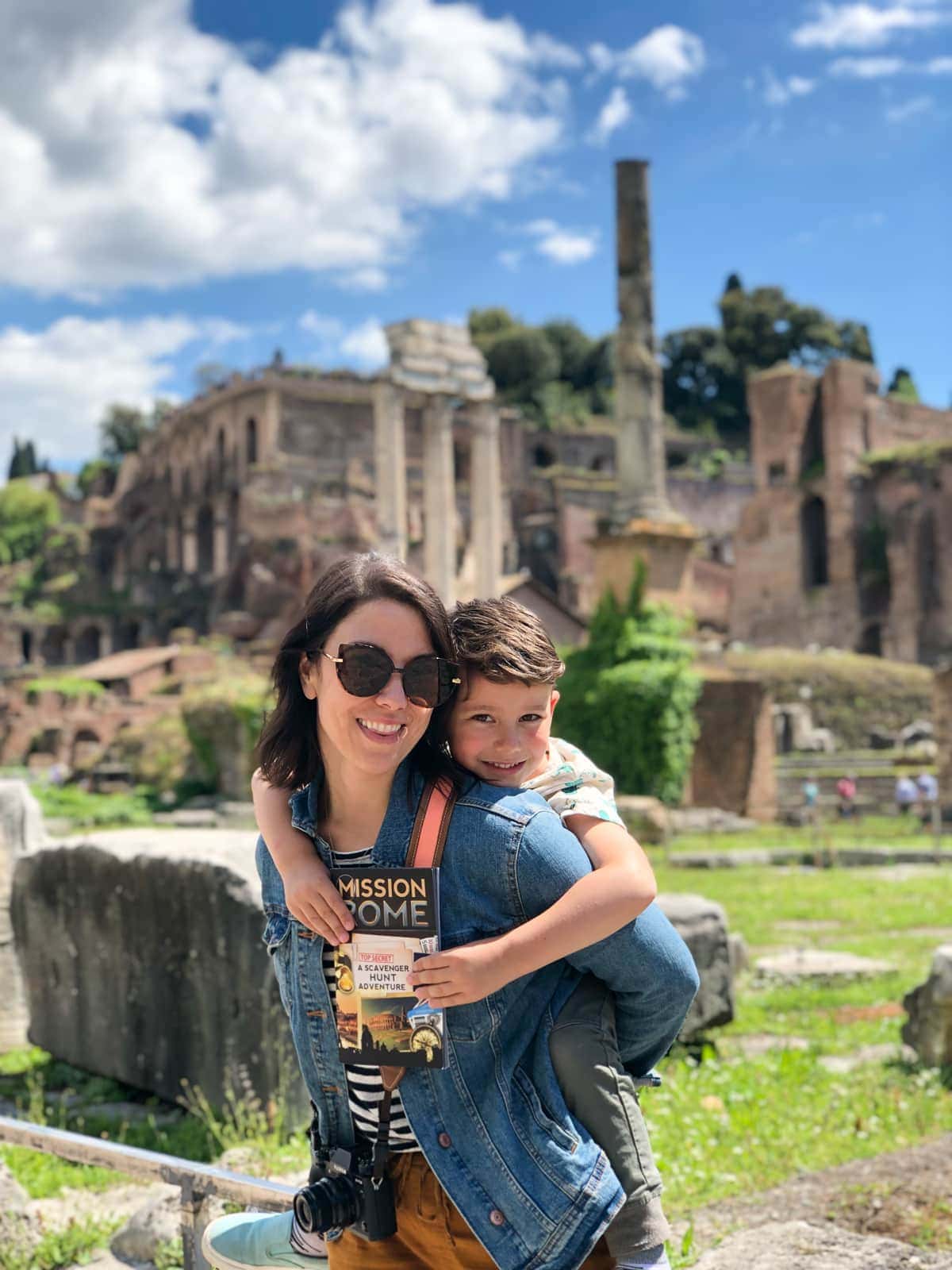 Breakfast at the Vatican. If you’re traveling with kids and want to see the Vatican, I’m gonna venture a guess and say that this is the only way you should do it. The Vatican sells a special ticket that allows entry at 7:15 am. They serve you (a lovely!) breakfast in the garden, and then you are able to enter the Vatican Museum before general admission starts. So you skip the line AND the crowds. Truly, we were walking down hallways by ourselves. We made a beeline to the Sistine Chapel and saw it with just a few other folks. After that we took our time meandering back through the museum, and it did start to fill up a bit around 9 or so. 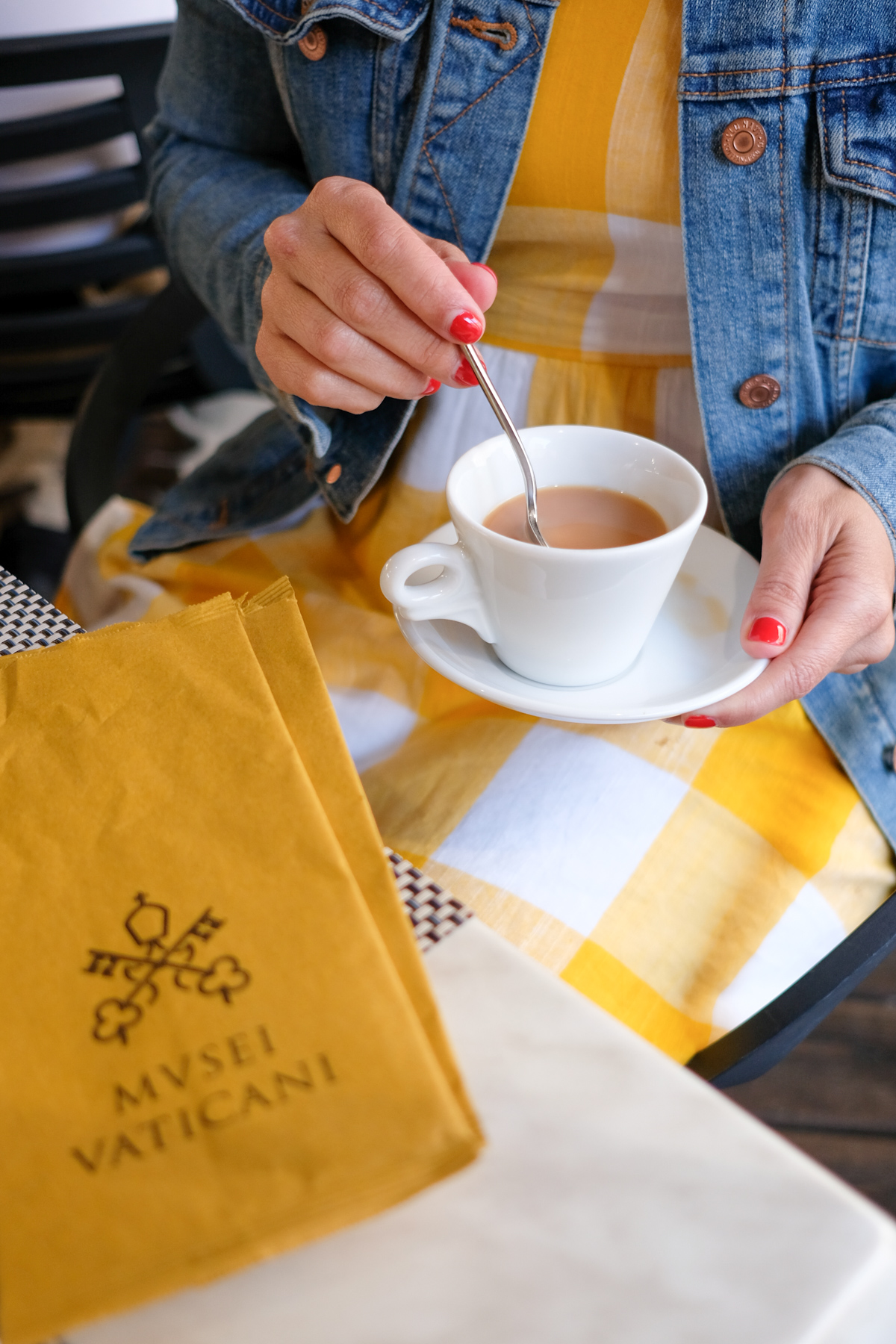 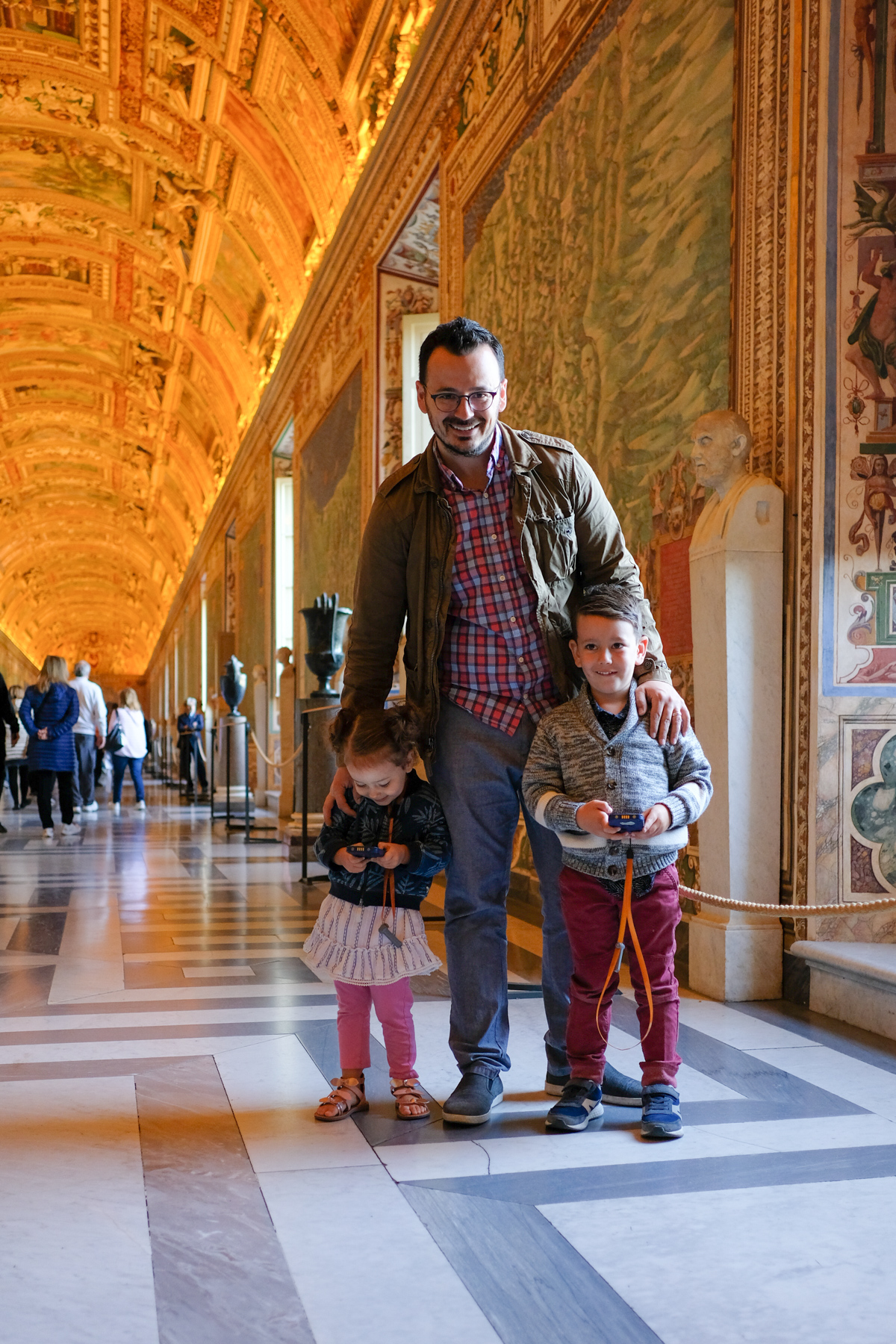 Rose + Orange Gardens. These gardens were a favorite stop of mine! Have a cab drop you off at the Orange Garden first, it’s up quite a hill and you don’t want to hoof it. Enjoy the views, let the kids run around, and then walk down to the Rose Garden. Do note that the Rose Garden is closed for some months of the year. But if you’re there while it’s in bloom, don’t miss it!

Children’s Museum. I think if I asked the kids about some of their favorite things we did in Rome, they would mention the Explora Children’s Museum. It was a bit off the beaten path from all of our other adventures, but it was definitely a good way to spend a couple of hours letting the kids take the lead.

More Tips for Italy With Kids

Before our trip we were having a HUGE debate about whether to bring the double stroller for the kids. At 4 and 2, they’re not old enough to walk all day, but way too big to be held or put in a carrier. When I asked people’s opinions, I got a lot of feedback that a stroller just wouldn’t work in Italy because of small spaces and cobblestone streets. Well, the verdict is in and it was an absolute necessity. The streets and sidewalks were pretty much a non-issue; we only encountered one moment in the entire trip where our stroller was too wide for the sidewalk, so we just crossed the street. No biggie.

Granted, I think during the two weeks we were in Italy we probably saw a total of maybe 20 other strollers? That’s like… just a couple a day. And we did get lots of curious looks from locals. But not one person seemed bothered by it in shops or restaurants. We would make sure that we didn’t leave anything valuable in it and just parked it outside when we needed to ditch it for a bit. As a point of reference, we were using the City Mini side-by-side stroller, which is pretty compact as far as doubles go. It was hugely helpful if the kids were tired (they could just snooze right in it), or if Ryan and I felt like walking somewhere far instead of taking a cab. We just rolled them along with us!

There was lots of time where the kids wanted to be out and walking, and that was great too. But for sure we would have had to take cabs everywhere if we hadn’t had it. And to be honest, I really prefer walking most places when we’re traveling, to get to see the city on foot and get a feel for it.

Stay tuned for our other city guides: Sorrento, and the Amalfi coast are on the way, and Florence is right here! xoxo 5 thoughts on “Things to do in Rome with Kids”