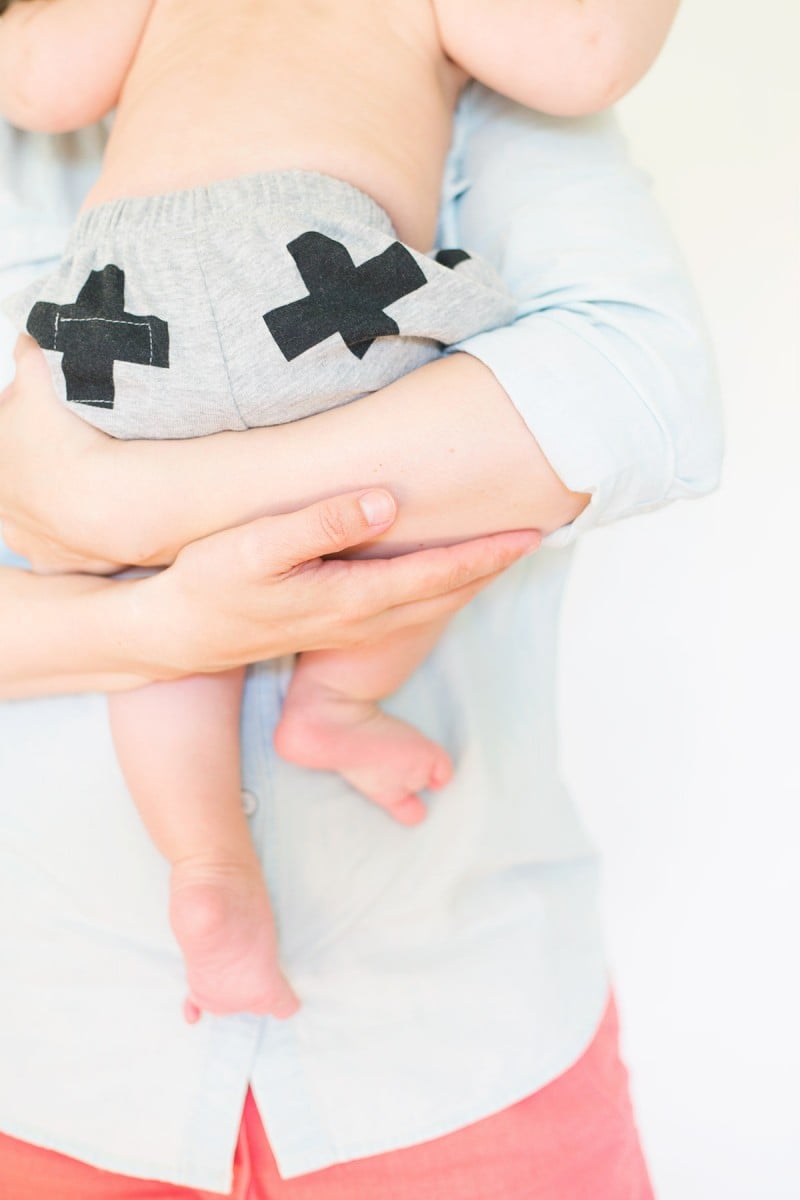 I’m sitting here in the studio, sun streaming in through the windows, listening to Henry crow gleefully at my mom while he eats a snack, and Maggie giggle and coo at Ryan. Today, I have hope for my kids’ health. A few weeks ago, I truly wasn’t sure. I actually debated writing this post because going back and rehashing the story of how sick they were last month is still pretty painful. But if it helps even one or two of you who have kids dealing with RSV, it’ll be worth it. It’s scary but not insurmountable.

During December and early January, Henry had four back-to-back ear infections. For some reason we just couldn’t get him well. The poor kid was always in pain (although pretty cheerful), and developed this cough that would shake his whole body. He put up with it, and we just kept going back and forth to the doctor. Each time, we’d get a different antibiotic and more advice. I hated pumping his little body full of medicine, but we didn’t know what else to do. Eventually the cough persisted enough that his doctors began to suspect asthma. So we started an inhaler. He started having coughing fits that he couldn’t control, and he would just cough for minutes on end. Finally one night in January, after a few days of a fever, he had a coughing fit and breathing problems that were enough for me to throw him in the car at 2 am and drive to the ER. They gave us a breathing treatment, steroids, a chest x-ray, and sent us home with a nebulizer. I was shaken but glad to have tools on hand to help the coughing attacks. The steroids had (and still have) me worried, but it was a 5-day course and then he’d be done.

So we started the nebulizer and inhaler therapy. During the days, things slowly, slowly improved. But during the nights he would still get coughing fits. So that’s when we started holding him upright at night so he could sleep. We’d take it in shifts, holding his hot little 32-pound body on ours so that he’d be on an incline and any congestion wouldn’t worsen his cough.

A few days into that, Maggie woke up with a little cough and watery eyes. And I just knew she had whatever Henry had. But with a three month old, it seemed so much scarier. After just a couple of days, she was feverish, struggling to pull in air, coughing so hard she couldn’t catch her breath, her eyes would stream tears – it was just so sad and scary. We took both kids in again and both turned up with a positive RSV test. RSV is a respiratory virus. It causes an infection in the respiratory tract and basically presents itself like a mega-cold, and in Maggie’s case, can also cause bronchiolitis. But with infants, it can be life threatening and you need to be extremely watchful. She had a chest x-ray to rule out pneumonia – holding my infant down on an x-ray machine is something that I’d like to never have to repeat. She was clear of pneumonia, but any time we would lay her on her back it was clear that she immediately couldn’t breathe. So that started another week of us up all night, holding her in shifts. This was sprinkled with Henry still needing us in the middle of the night, so for about two weeks we were each running on just a couple of hours of sleep nightly. Looking back, the stress was probably compounded by the lack of sleep.

We eventually worked out a system with Maggie. Because she’s so little and RSV is a virus, there was really no medication we could give her. She did get a little baby inhaler to help the wheezing. Other than that, we would hold her upright in a super-steamy bathroom about 5 or 6 times a day, and bounce and pat her back to loosen up the junk in her chest. Sometimes this was the only thing that would get her coughing under control. More than a few times I nursed her in the bathroom just to get her calmed down.

In the midst of all of this, there were days where I truly couldn’t get my head on straight to see an end to all of the illness. I was convinced that I was going to lose one of the kids, or that they’d be sick forever. The virus that grabbed them was just so intense and so scary, and I couldn’t see my way around it. Then one evening, we were all together and I realized I hadn’t heard either of them cough for a few minutes. A few minutes stretched into 10. And just like that, things turned around.

It has not, by any means, been a quick recovery. We are still dealing with the after-effects even now. Maggie went from sleeping through the night all by herself to waking and needing to eat or wanting a pacifier. Major regression. So we are working on that. She’s also still dealing with residual congestion which will probably be clearing for a while. Henry is being treated for asthma that’s triggered by viruses, so we’re nailing down breathing treatments and therapy for him. I’m so proud of how he’s adjusted to all of the inhaler and nebulizer use – he’s been a brave little dude. He’ll be getting tubes in his ears this month to help with the ear infections as well. I myself am feeling a little shellshocked. Some days it almost feels scary to hope that they’re healthy and will continue to be healthy. But Ryan and I found out that positivity is crucial, and especially that the little ones need us to be upbeat about it all.

After a final tally, we visited the doctor fourteen times between the two kids during December and January. All of this is to say: be vigilant during this season, especially if you’re around little ones. Wash your hands, wash their hands, wipe everything down, and if you’ve got a sick kid, keep ’em home. I wouldn’t wish what we went through on anybody, and I know in my heart that we probably had an easy time of it compared to some families. Thanks so much to everyone for your kind thoughts and well wishes! Here’s to only getting healthier this year. xoxo