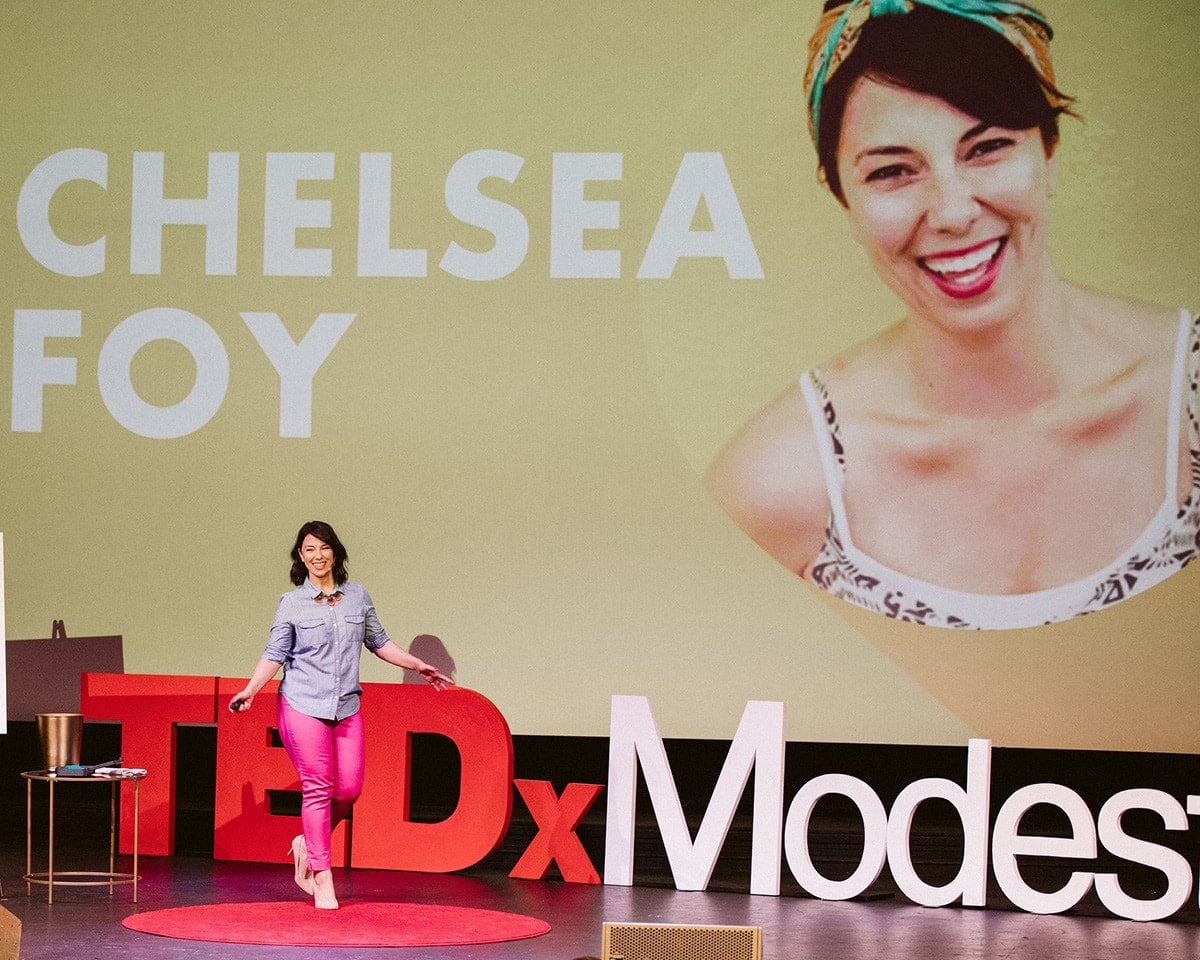 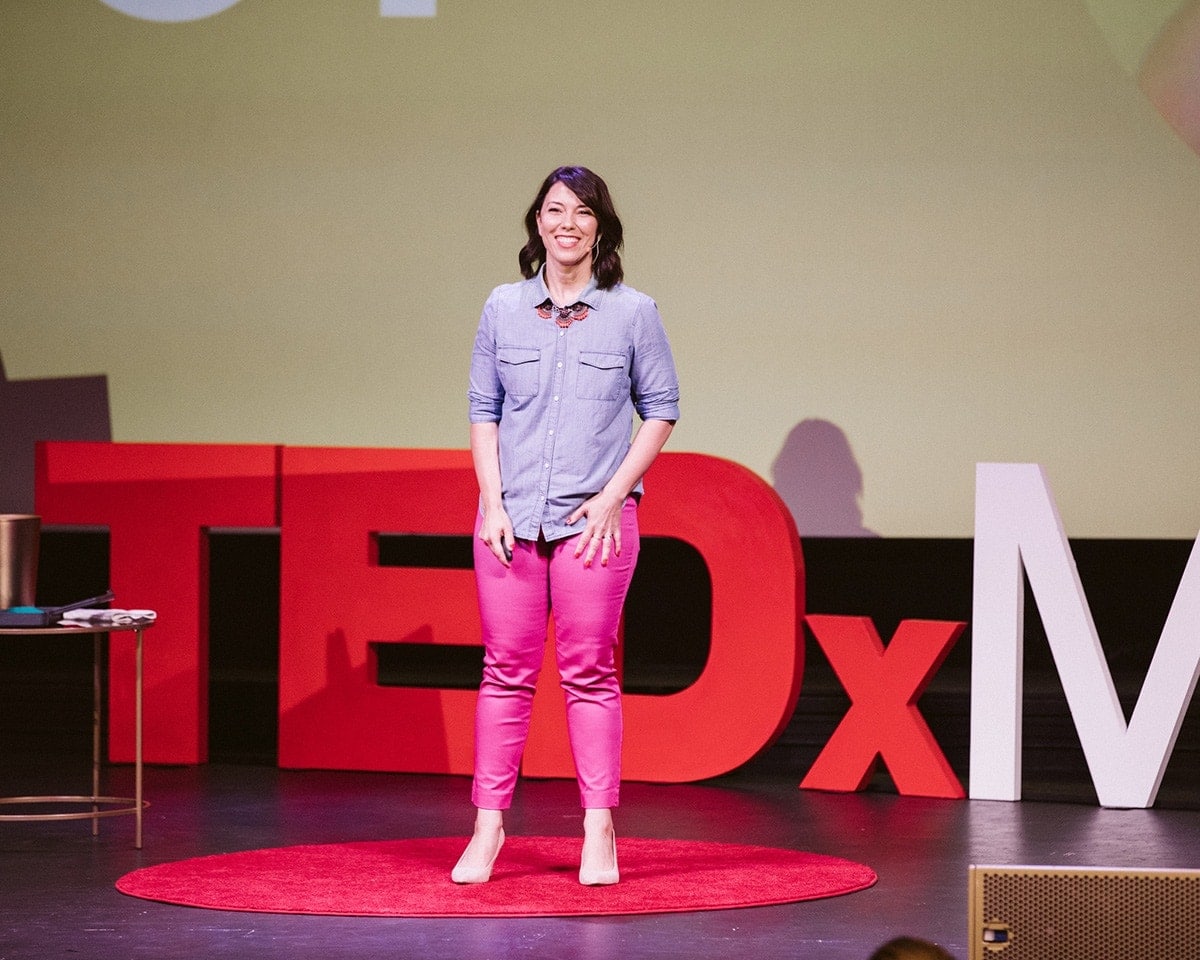 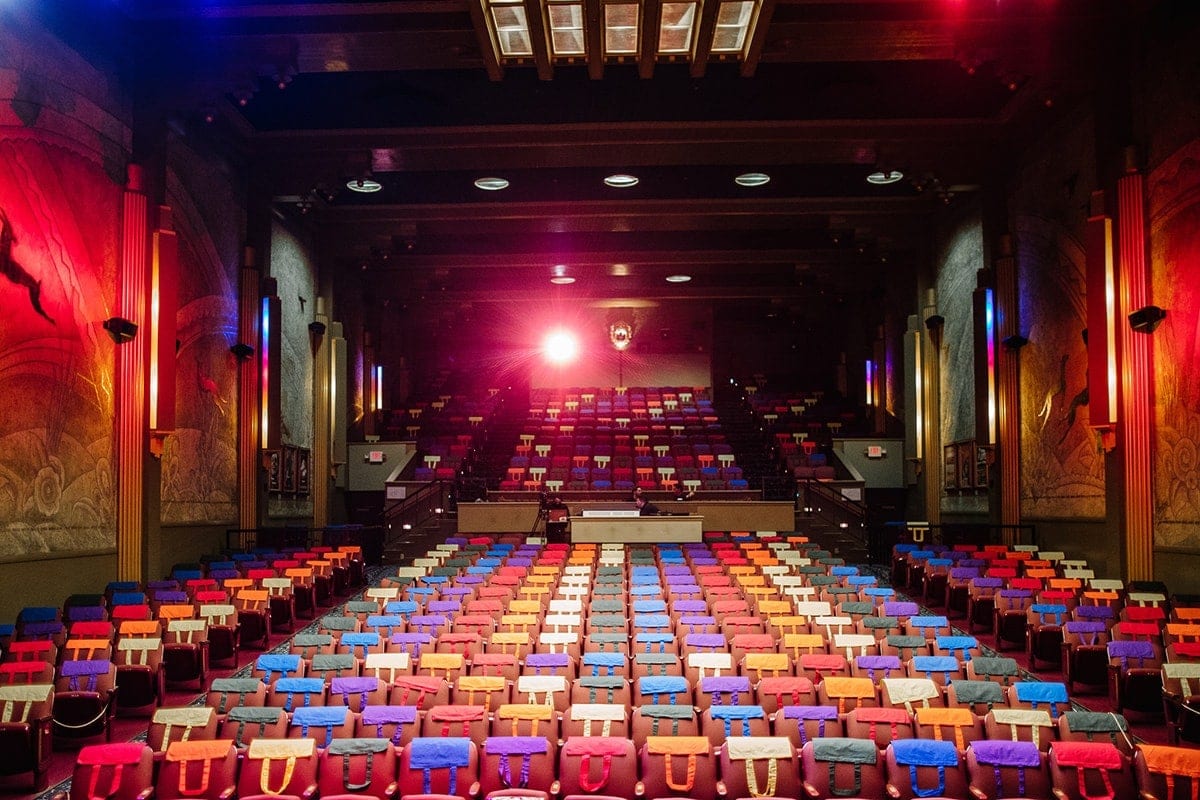 As I write this, I’m sitting in a hotel at Disneyland with my napping kids, almost a week after TEDx Modesto and completely decompressed from the experience. But I have to tell you, when I was preparing for my TEDx talk, it was one of the things I’ve done that I’ve poured the most of myself into, ever.

If you have no idea what I’m talking about, let me fill you in. You may be familiar with TED Talks, but did you know about TEDx Talks? Here’s how they describe it: TEDx brings the spirit of TED’s mission of ideas worth spreading to local communities around the globe. TEDx events are organized by curious individuals who seek to discover ideas and spark conversations in their own community. So essentially, it’s a locally organized version of TED talks, but fully licensed by TED and held to all TED rules and standards. Of which there are many, I learned.

When I was asked to do a TEDx talk, my initial reaction was pretty much that I wasn’t worthy. That I wouldn’t or didn’t really have anything to say that anyone would find worth listening to. The TEDx Modesto team convinced me otherwise, and encouraged me to talk about our Downtown Love Notes project. I don’t want to get too much into the content of my talk, because I’ll be sharing the video when it’s live online and you can watch it if you’re interested (my talk was only about 14 minutes long). But really what struck me about preparing and giving the talk was how much it made me think.

The point of TED talks is to expose people to ideas that are worth spreading. To open minds, to encourage new trains of thought, to tell interesting stories, or to share cool concepts. To me, the Love Notes were so simple. Just a silly DIY project that I wanted to do for the locals in our town. But when I started really thinking about why and how I did them, I realized that there was a lot more there. They tie in to how much I love my community, and to how I hope that people will engage with the community, and how we are all trying to battle apathy about our personal environments. So all of a sudden, I had a place to say all of these things and a captive audience who had to listen to me say them. And I realized… I didn’t want to screw it up.

I wanted to make every moment of it count, and take this chance to have my say and make it mean something. So I wrote and rewrote and rewrote my talk. I said it out loud and rewrote it some more. I memorized it within an inch of its life, because every single word meant something very specific. And I wanted people to feel that. By the time the night of the talks rolled around, I had said mine out loud about fifty times. To the mirror, to my kids, to Ryan, to nobody in particular. I wanted it to feel like it could roll off my tongue, because I didn’t want to get up there in front of a room of hundreds of people and get tongue tied.

There was also this other element of my talk that the organizers thought would be really cool — a live-painted love note. So I prepped canvases, stencils, paint, and brushes, and practiced that too. I’d be painting a live Love Note onstage that said “Be Colorful” — as Colorful was the theme of the talks this year. Honestly, I was the most apprehensive about the painting, because so many things can go wrong when you add elements like this to something live on stage. But if it went well, it would enhance the message of the talk so deeply. So I went for it.

The night of TEDx Modesto, I was just ready to get it over with. It had taken up so much of my brain space for so long, I was just eager to finally be talking to the people who I actually wrote the words for: my fellow community members. I got up on stage, said my first sentence, and realized — I wasn’t nervous, I wasn’t shaking, I wasn’t out of breath. I was just comfortable. And happy. And I felt like these words wanted to finally be said. I pretty much blinked and it was over, but I had the distinct feeling that all of the people in the auditorium came along with me for the ride and got what I was trying to say.

So now here we are a few days out, and little bits and pieces are coming back to me. And of course you can always imagine what you would go back and tweak if you had another chance. But I don’t, and I’m glad. I’m just grateful to have had the opportunity to speak to this town I love so much and have my say for a moment. And secretly grateful that I never have to do it again! 😉

All images in this post are courtesy of TEDxModesto, taken by Roberto Chavez Photography. 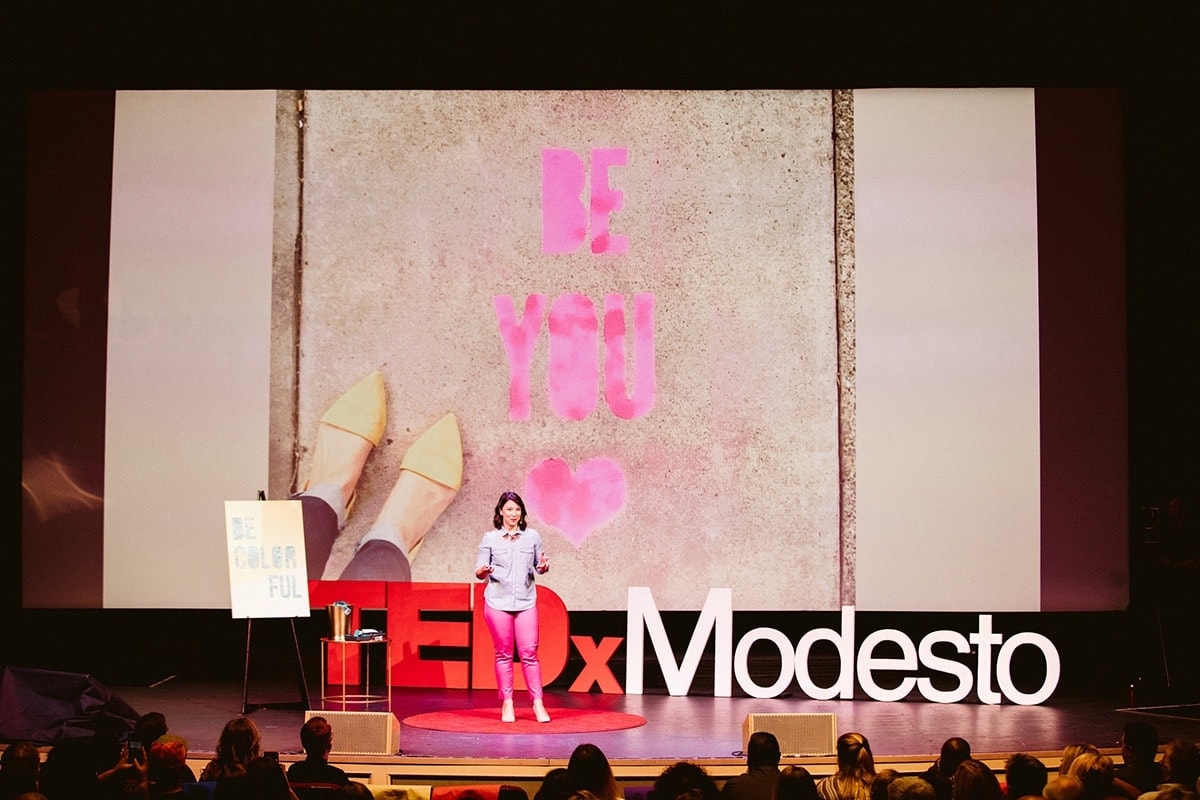 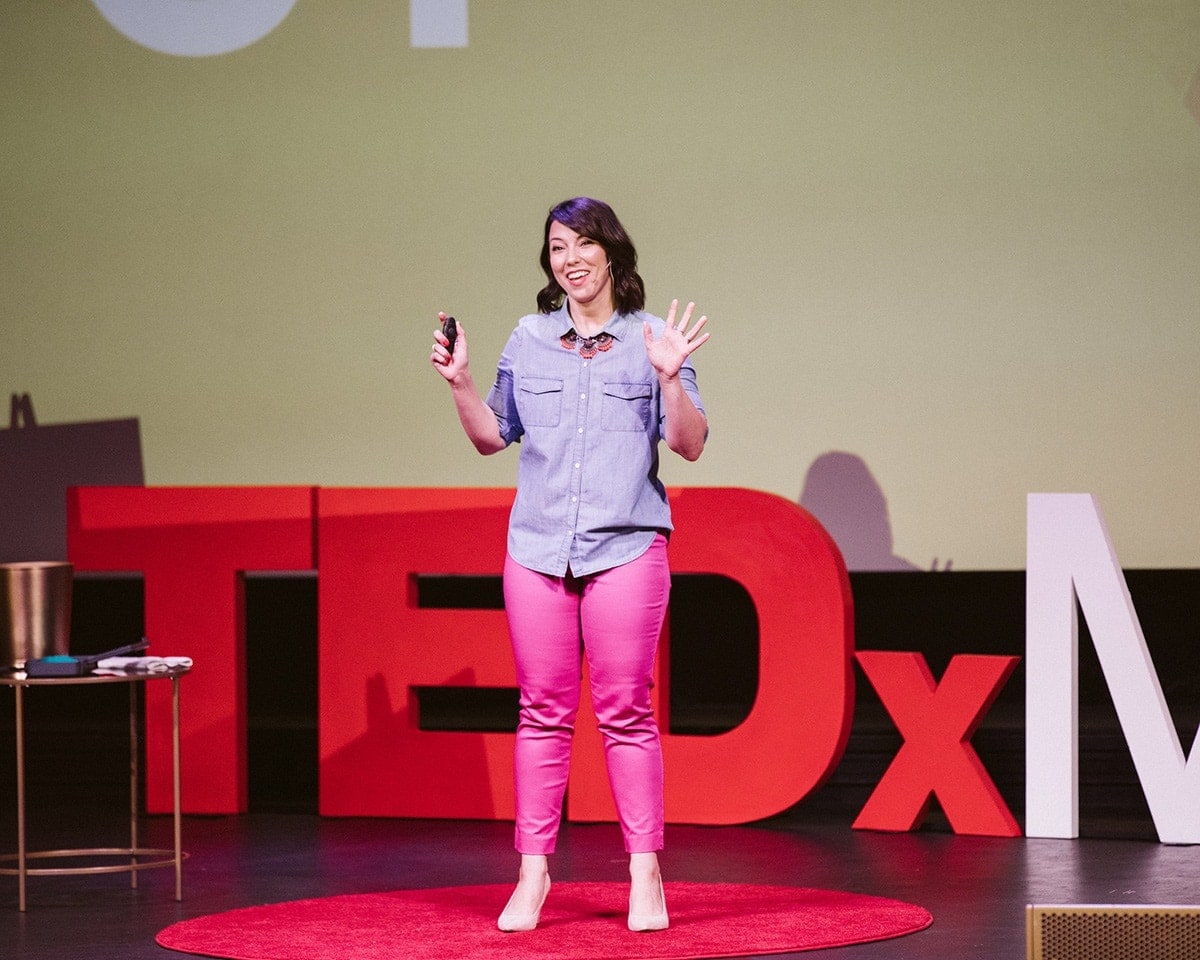 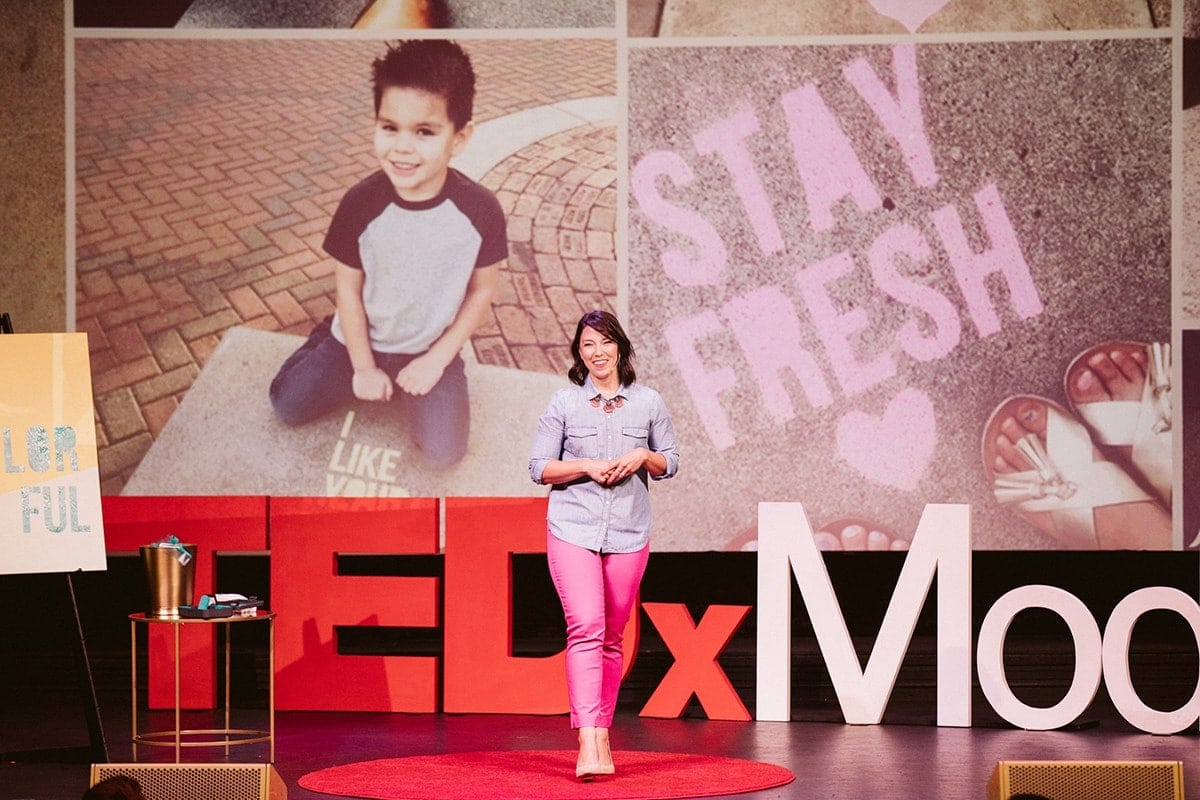 2 thoughts on “My TEDx Experience”