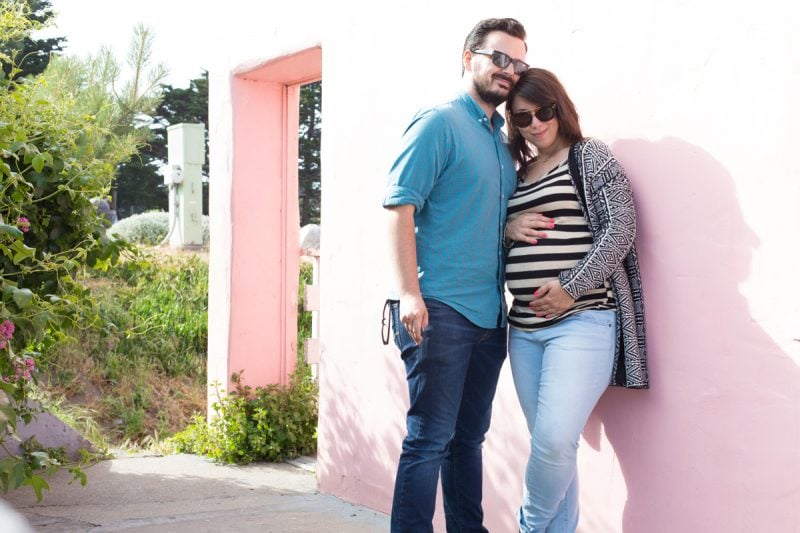 Guys, these days when I think of Ryan and I preparing for Kid #2, I almost feel like we should be gearing up to do battle. Not that having a single kid is easy by any means, but when there’s only one of them and two of you, it’s manageable. If one parent is tired, the other one can step in. If one of you gets sick, you’ve got a backup. But with two kids and two adults the score is even and that totally freaks me out.

I’ve had more than a few people tell me that going from one to two kids might as well be going from one to ten. All of a sudden it’s chaos. If you think you’ve got a routine down now, just wait until the newborn comes along to shake it all up. And I can totally understand how that’s going to be true. On your first kid, you’re entirely focused on that one kid. He’s hungry? Feed him. He’s awake? Rock him to sleep. He’s dirty? Change him. But just to imagine the newborn shenanigans that we got into with Henry on top of running around after a demanding toddler already makes me sort of queasy with exhaustion.

One friend gave me the advice that we should lower our expectations of ourselves, that there’s just no way you’re going to be able to keep up with everything that you’ve previously been able to tackle. If your house is usually spotless, set a goal to just have one room clean each day. Maybe chaos has erupted in all of the other rooms, but that one room can be your win for the day. Or maybe you’re just not going to get to the gym 5 times a week, so lower your expectation to 3. I totally understand her point of view, and it’ll be interesting to see what this means in our lives as a married couple once we’re in the trenches. Obviously it’s not going to be a season for lots of alone time or romance. It’ll be a season for bath times and bed times and making bottles and grilled cheese sandwiches, and running through sprinklers and changing twelve thousand diapers. I think, though, that some of the times I feel closest to my husband are the times when we’re all together as a family and he’s being “the dad.” Just to watch the way that he’s filled that role magnifies my love for him a zillion times over. So maybe we’re not biking through the streets of Paris together like we once were, but being in the parent trenches together is equally incredible in a totally different way.

In all honesty, I’m not sure there’s a way you can prepare to have a second kid. I keep trying and trying to wrap my head around it and what it will mean for our marriage and family, but I just don’t know that I’ll really get it until we’re in it. I’ll let ya know from the other side in a few short weeks. 😉 xoxo