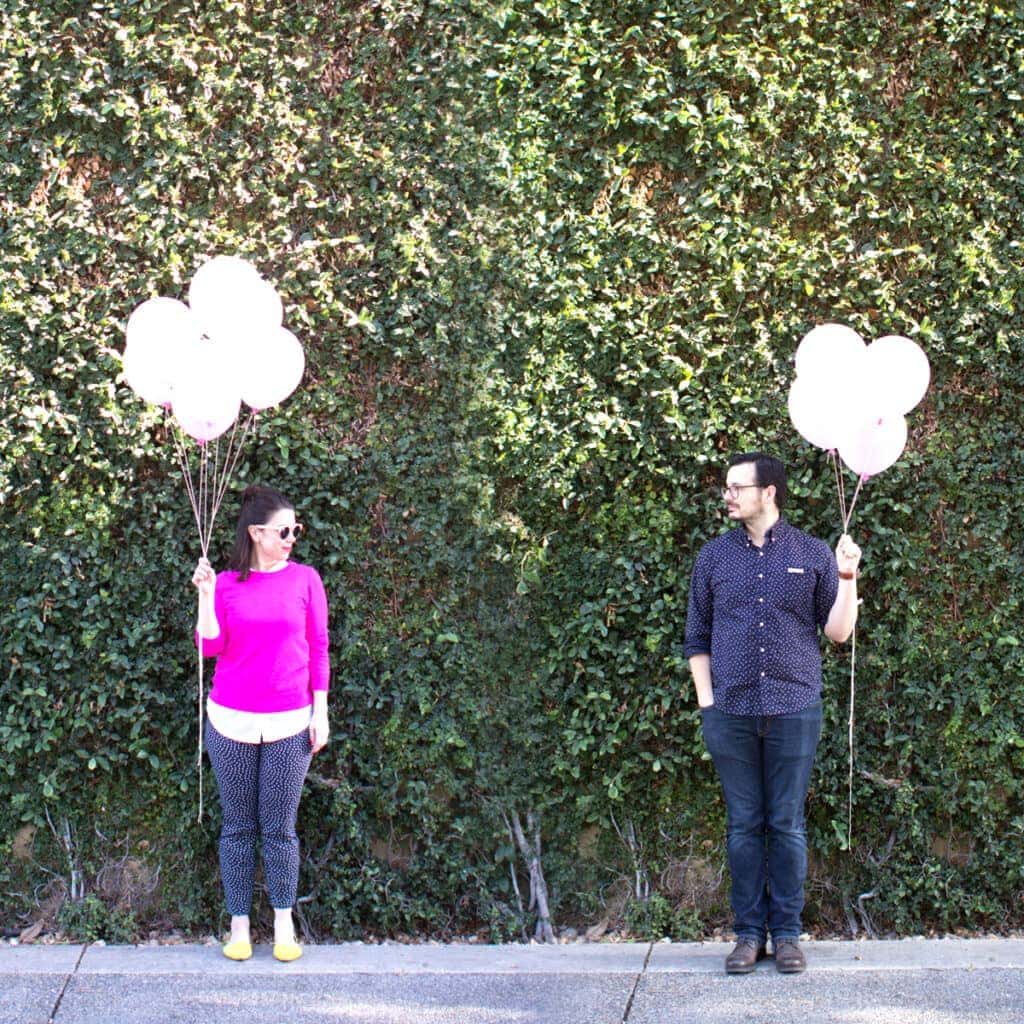 We were at a party the other night where we were meeting some other married couples for the first time. And after meeting a few of them, it hit me that lots of the couples sort of looked similar. Either they were dressed the same, or they had the same mannerisms, or they had actual features that matched. And then I looked at Ryan and myself and realized we were literally wearing the same outfit of dark jeans and blue button-up shirts. And I thought, are we becoming the same person?!

I started paying more attention. We accidentally dress the same just about every other day. We constantly say the same sentences at the same time. We reach for the same item in tandem. It’s creepy! And I wondered when exactly this happened?! It’s like a chicken or the egg situation. Are we married because we think the same and have so much in common? Or are we starting to turn into the same person because we’re married?

Do you experience this? I guess it could happen with anybody — a partner, a best friend, your kid (I accidentally dress Maggie and myself similarly all the time). I actually found this article about the science behind how and why long-married couples actually do start to have similar physical characteristics, which is crazy. So look out world, in about 20 years you won’t be able to tell me and Ryan apart. 😉 xoxo

1 thought on “Married Life // On Becoming the Same Person”