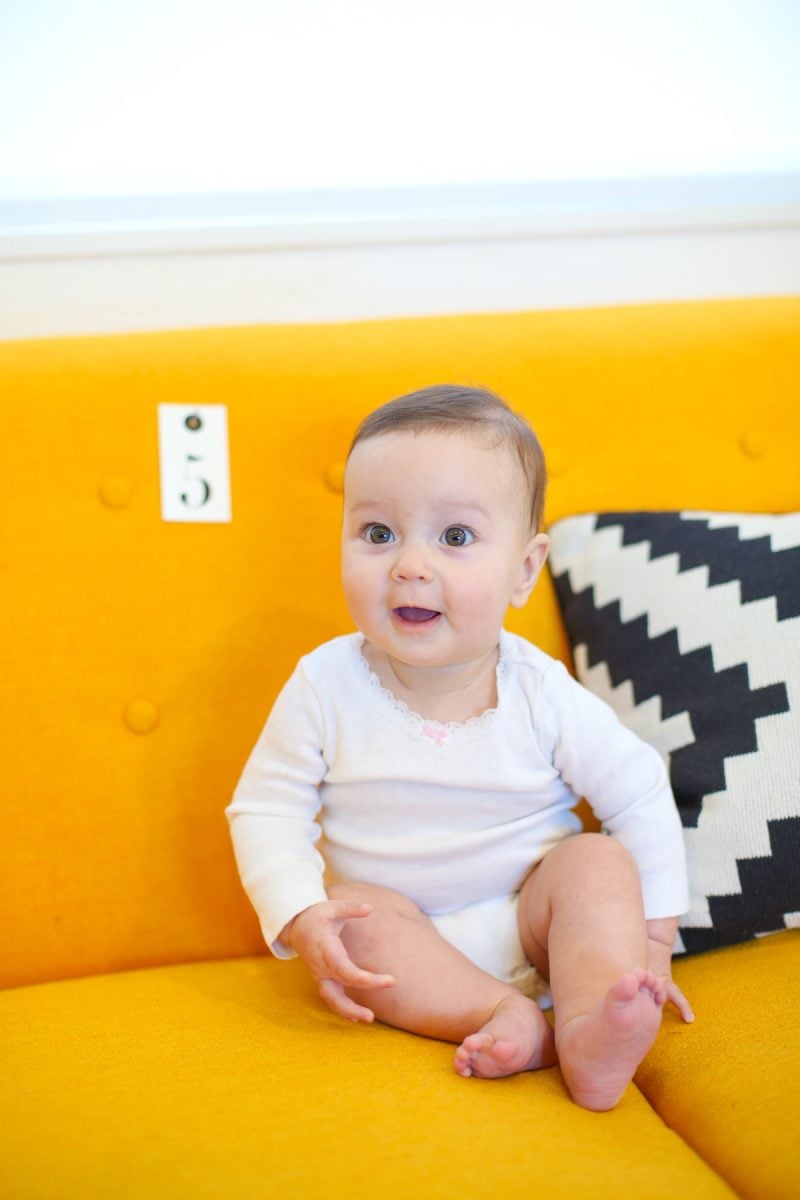 Sweet Marguerite is a 5-month-old nugget! She’s coming alive, and I’m feeling more and more like we have two kids instead of a kid and an infant. I know she’s still a tiny little thing, but milestones are piling up and she’s definitely out of that fresh baby stage. It’s so exciting. 🙂

These days, she’s pretty much back to sleeping through the night (knock on wood). Being sick for so long threw her for a loop but I feel like she’s catching up so quickly to anything that she lost that month. Her weight is back on track (there was one week where she grew out of literally all of her clothes!), and her height is at the top of the charts. She’s rolling like a champ and is starting solid foods, too. This little one loves listening to people make music, watching her brother be crazy, and any toy that squeaks, with Sophie the Giraffe being a particular fave.

It’s funny — I look back at Henry’s month photos and I remember how exuberant he was, just smiling and screeching and laughing like crazy. And now I see Maggie, and it’s clear how different she is. It’s not that she’s not smiley, because she is. She’s a happy little thing. But she’s definitely sweeter and more relaxed than Hank was — observing until something truly tickles her and then laughing with a knowing little chuckle. I’m so excited to see how these personalities are shaped as they get older. That being said, the two sometimes look so similar. There was one shot we got of Maggie that I felt like I had almost seen before, and then I realized it was a photo of Hank when he was five months: 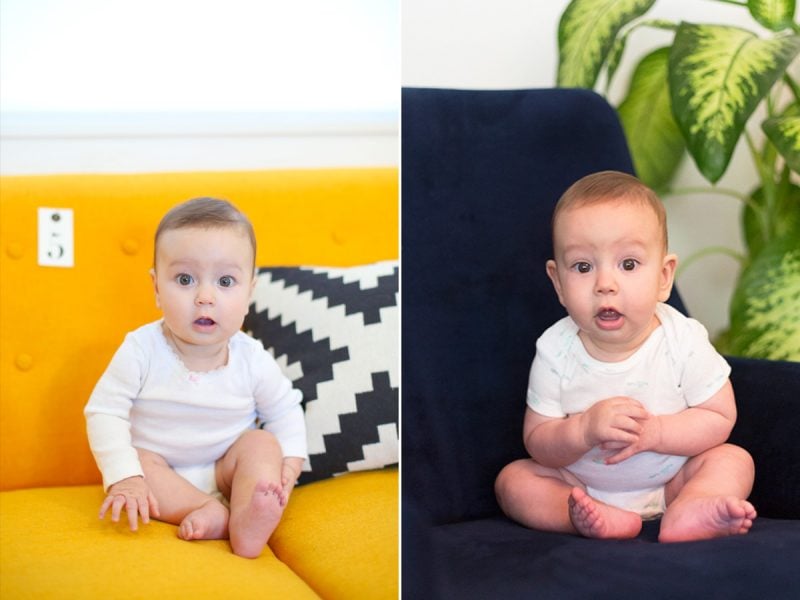 Sweet little nuggets of mine. Here are a few more snaps for comparison! You can also go see all of Maggie’s Months and Henry’s Months. xoxo 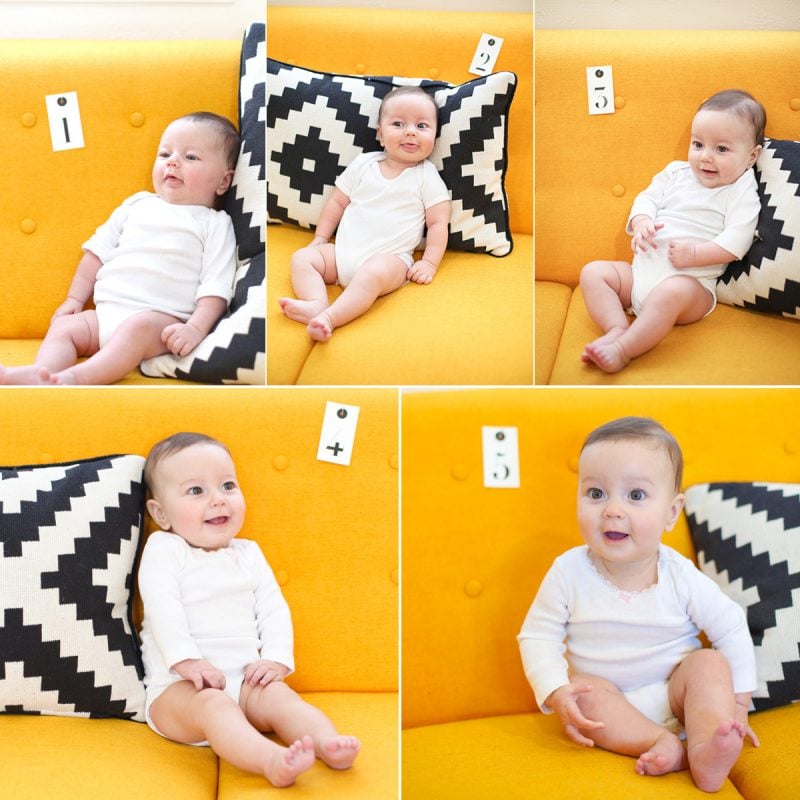 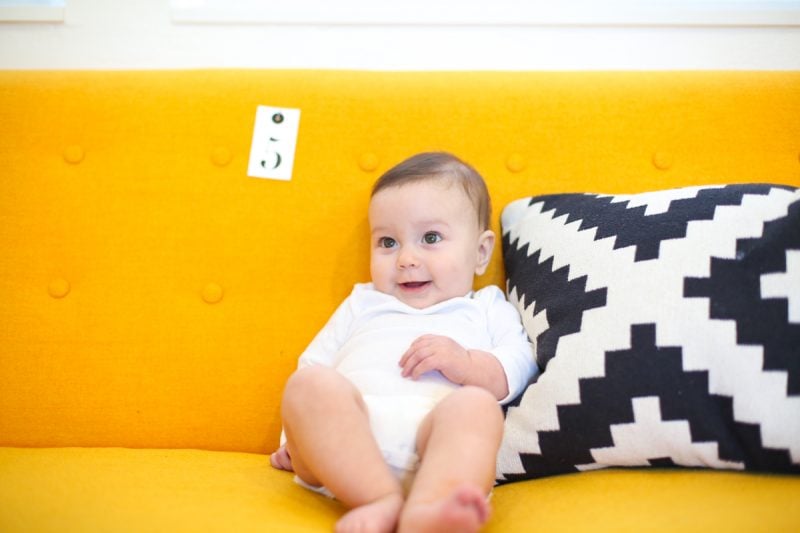 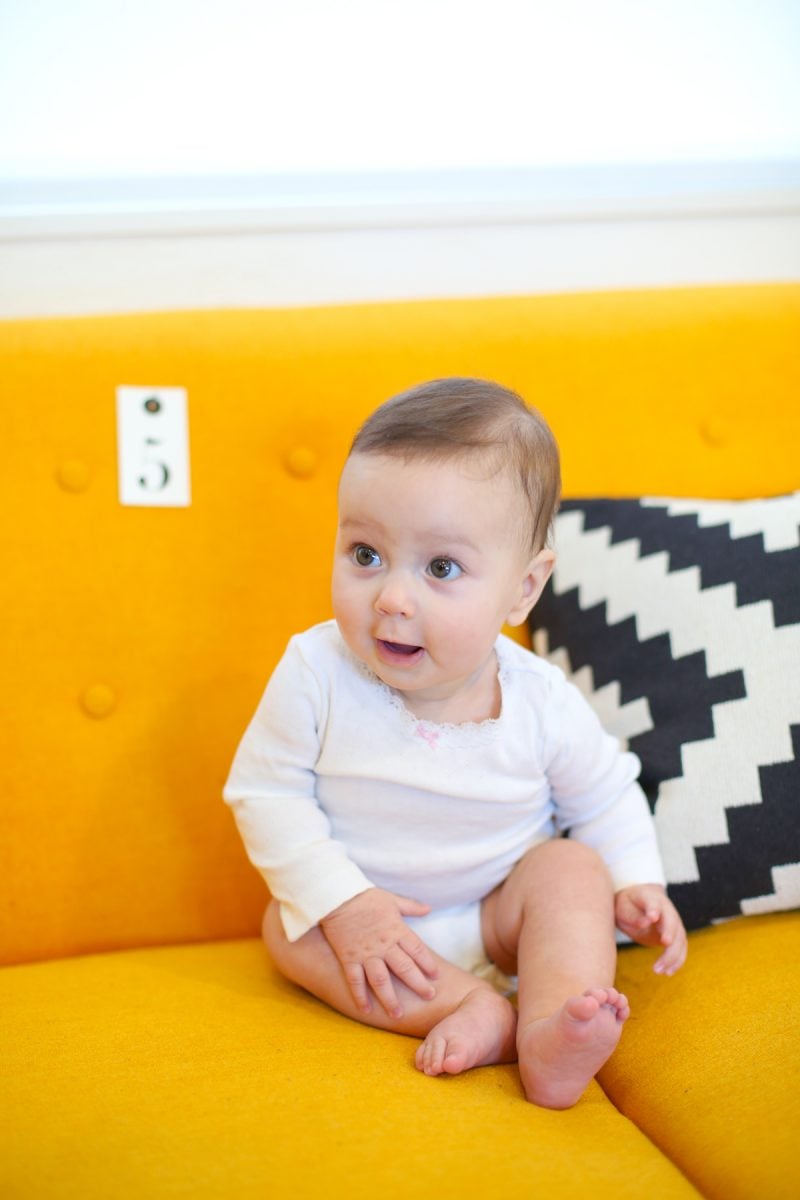