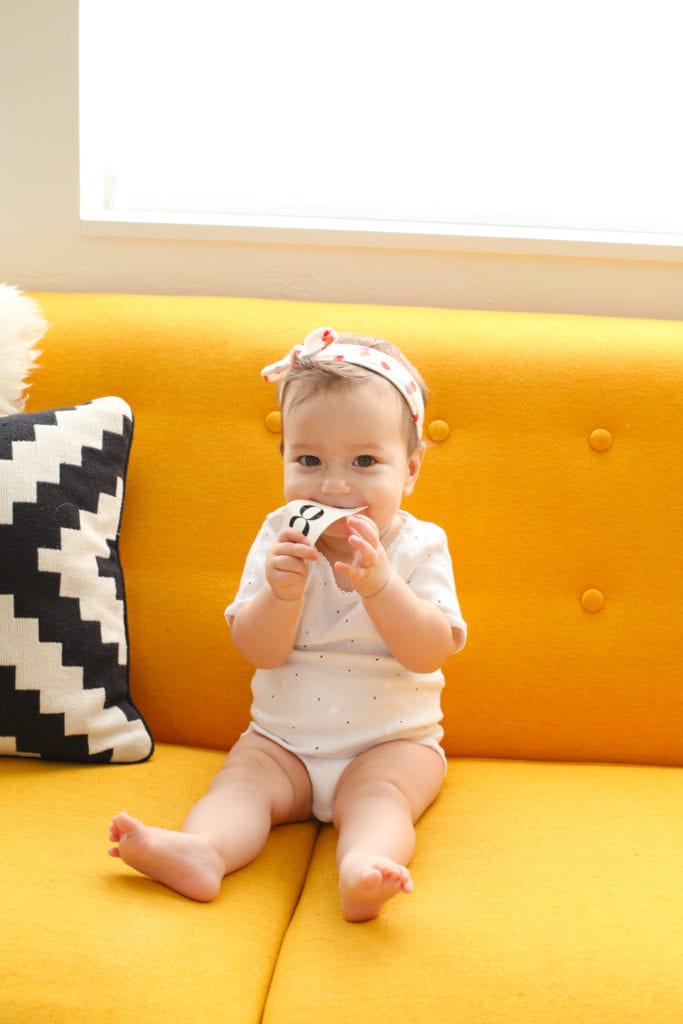 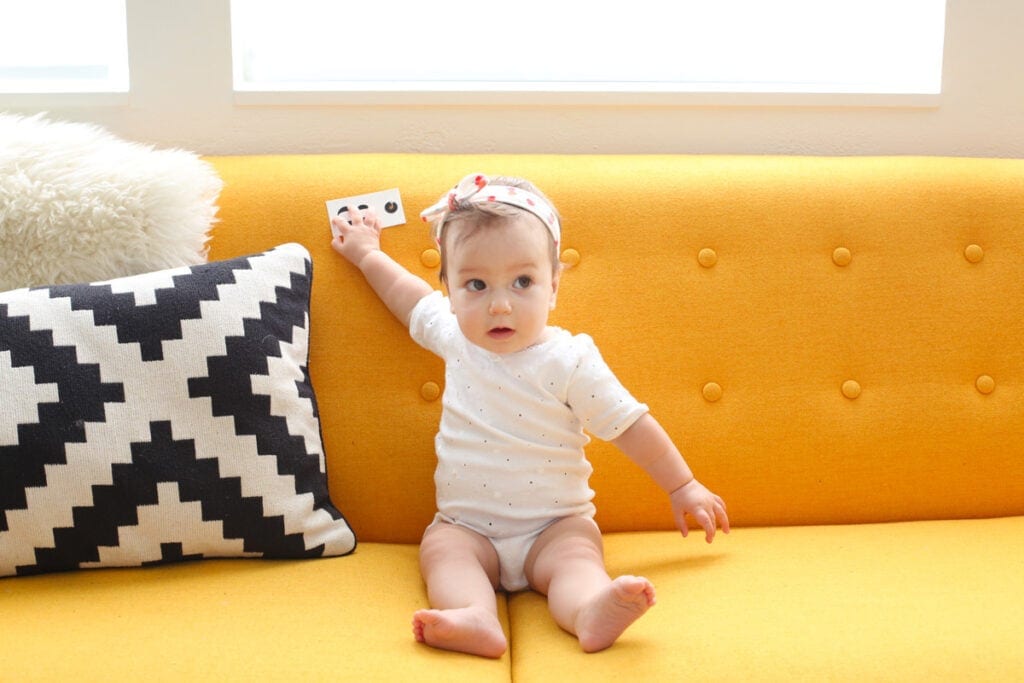 Baby Love is eight months old! I’m trying to soak up every moment with this little girl because it becomes more apparent every day that my babies are not going to be babies for much longer. Time only goes faster as we go along, and I can’t believe in just a few months I’ll have a one year old and a two year old.

Maggie is starting to let her opinions be known and I love it! She’ll tell you what she wants and when she wants it in her own little way. She had a little growth spurt this month and seems to be catching up to some of the other babies her age, size-wise. Her hair is getting thicker and all wild and I know she’s going to have curls like her brother. She’s pretty much eating anything we eat these days, just cut up into tiny baby pieces. Girlfriend looooves finger foods. She gets surprisingly excited when you set down a handful of food on her tray.

She had her first bike ride the other day, which was something we’ve been waiting for forever! We were finally able to go out on our bikes as a family and it was just so much fun. Henry rode in the back of Ryan’s bike and Maggie in the front of mine and we were just cruising. She was pretty nonplussed by the whole thing but we were pumped.

Still no crawling or teeth but I have a feeling those are on the way in the coming weeks. Happy 8 months, Maggie Mags! xoxo 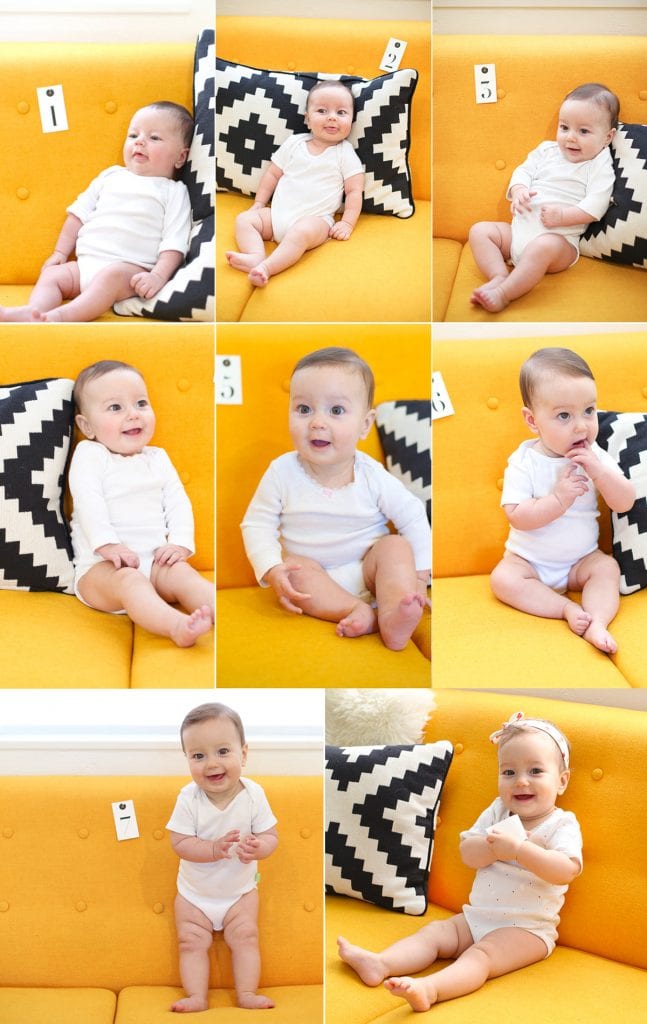 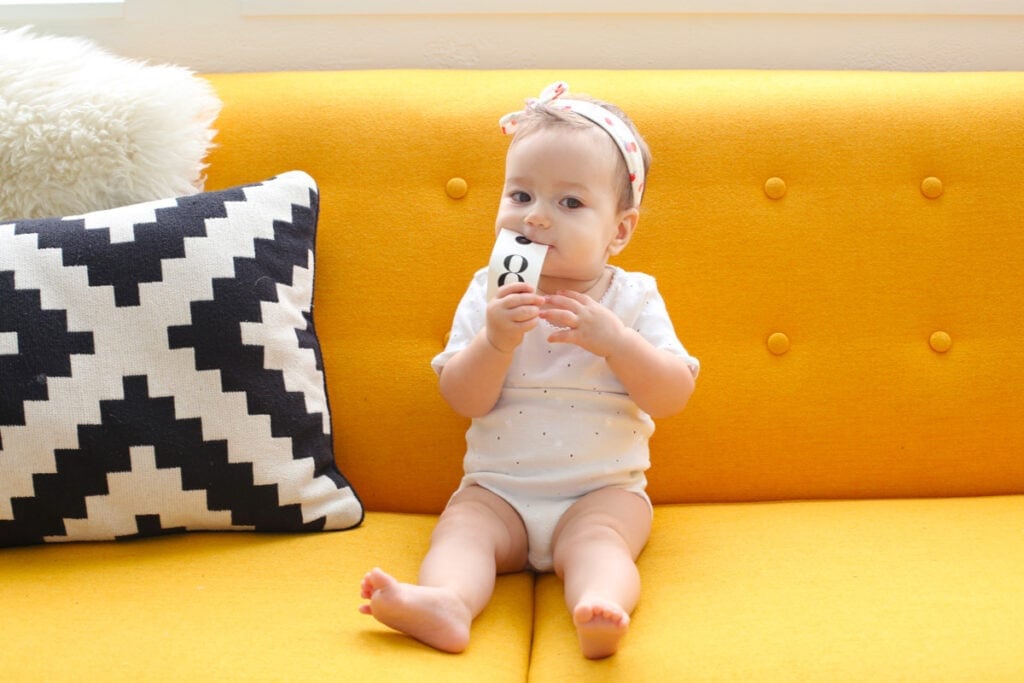 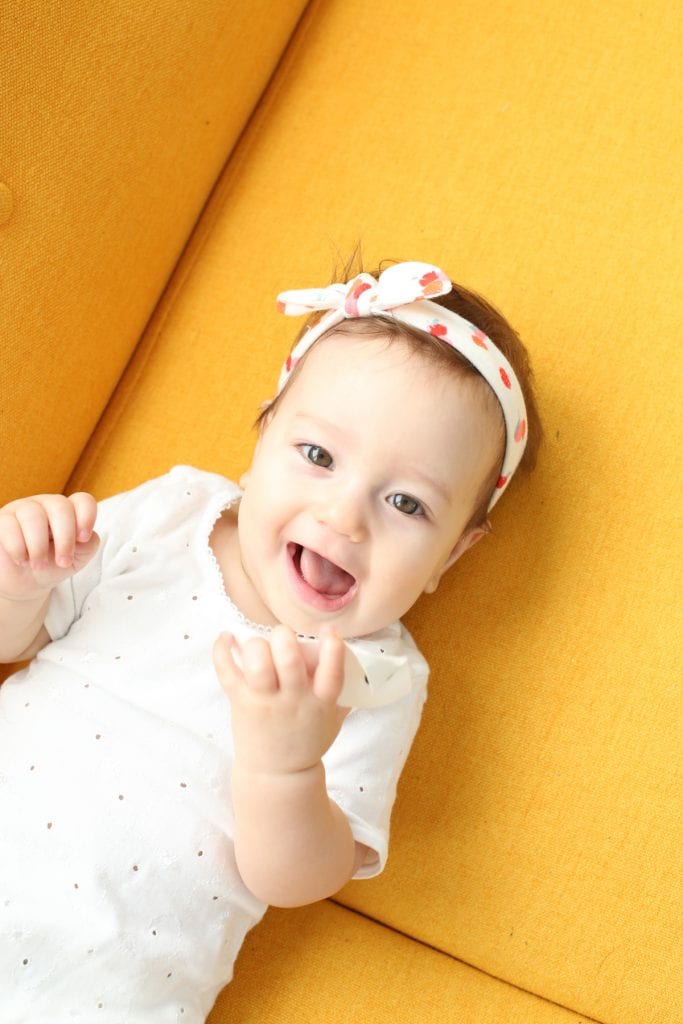