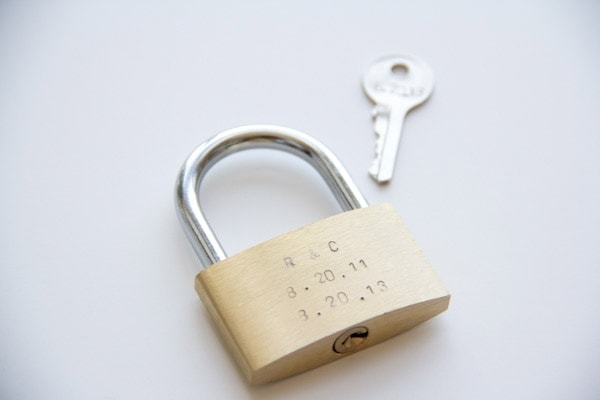 You might have seen some of these lock photos before, but I thought I’d give you the full DIY version of my anniversary gift to Mr. Lovely.

We decided last year not to really do a big anniversary gift situation, so we travel instead and that is our gift to each other. But knowing that we would be in Paris on our anniversary, I just had to do something.

So. I found myself a brass padlock and got out my trusty metal alphabet stamp kit. I stamped the lock with our initals, our wedding date, and our anniversary date, and hid it in my luggage. 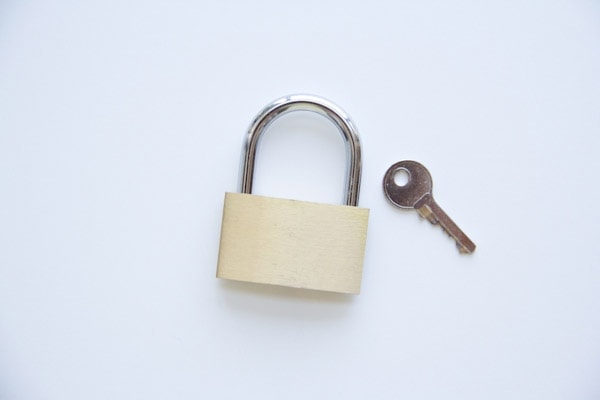 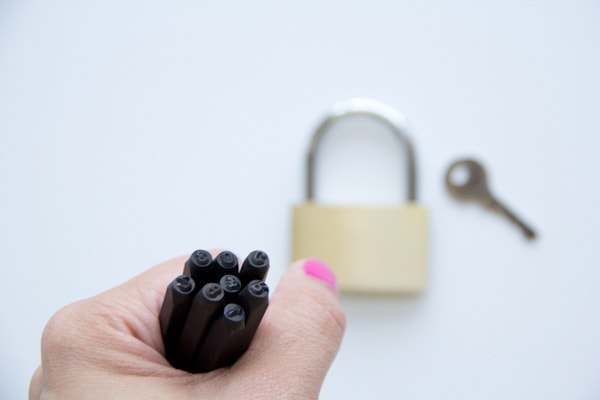 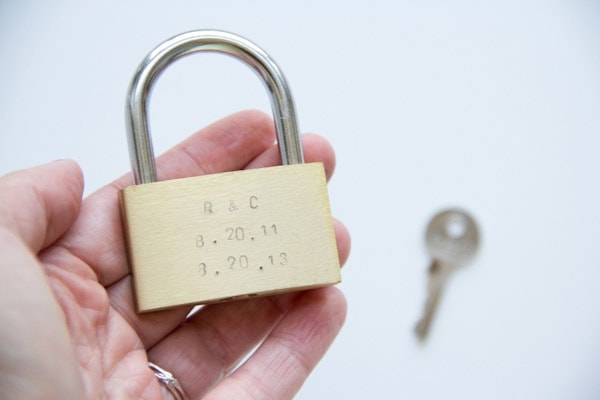 The day we got to Paris was our actual anniversary, so we got in, rested a bit, and headed out on an adventure. I took him to Pont Des Arts — better known as the Love Lock Bridge. For years and years, sweethearts have been putting their initials on padlocks, locking them to the bridge, and tossing the keys overboard into the Seine. So that’s what we did.

I made an extra key with our anniversary date for him to have as a little keepsake. All in all, a pretty simple (and affordable!) anniversary gift. And if you’re not in Paris, heck, just lock it to your garden gate. It’s definitely the thought that counts. Later this week I’ll share the card I made him — it’s a freebie download, too. xoxo 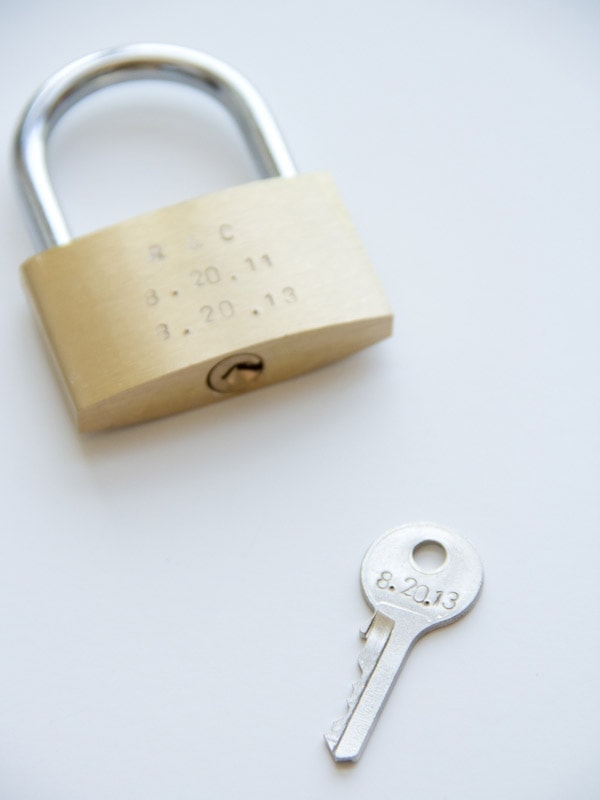 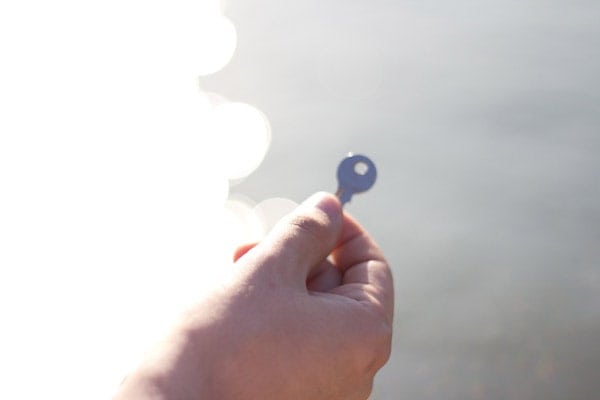 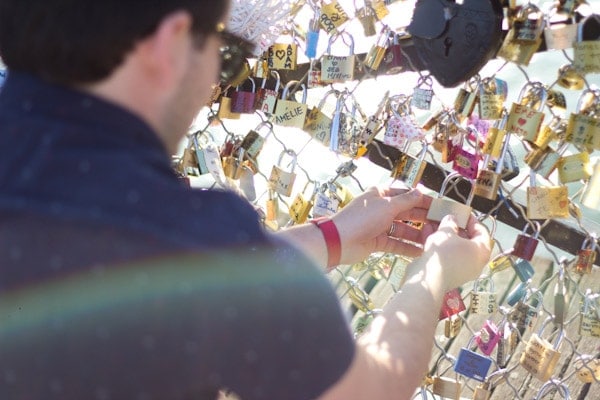 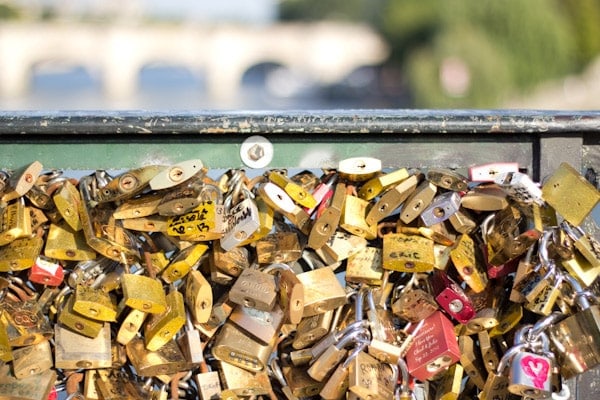