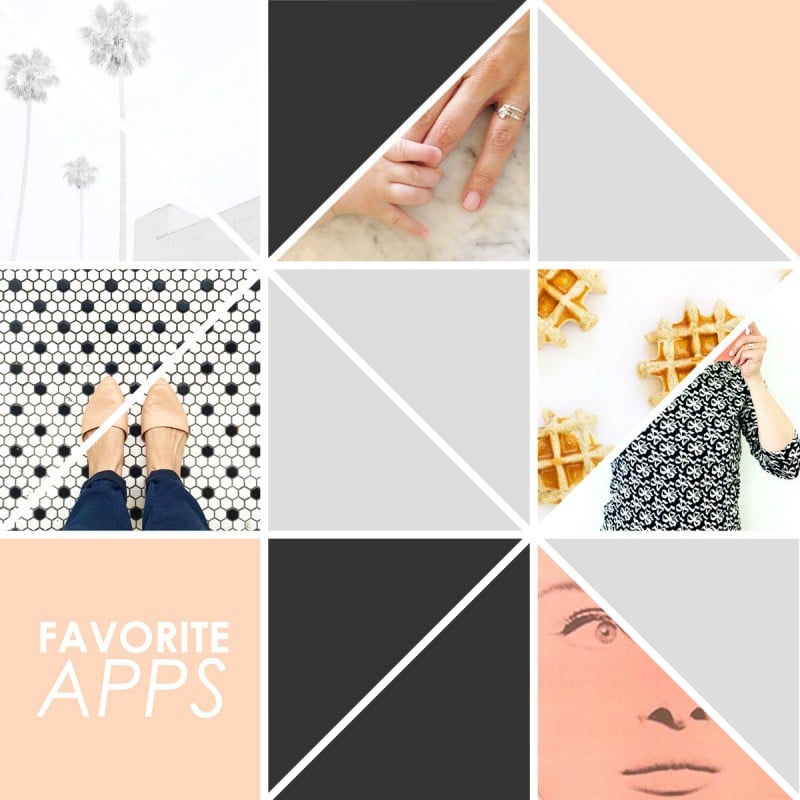 I’m a big nerd! I love talking apps. No joke, the apps on my phone have helped me get hundreds of hours (not an exaggeration!) of work done while I’ve been nursing Henry over the last few months. With the right apps, you can rule the world from your iPhone. I still use most of the apps I outlined in Part I of this series, wayyyy back in the day, but I have a few new faves that deserve to be on the list. So let’s get right to it!

Infinit I use Infinit as a complement to Dropbox these days. Ryan and I are constantly sending files back and forth and Infinit makes it so you can send a file with about two clicks. It zips between computers or phones and you’ve got the file on the other end in about 3 seconds, depending on the size of the file. I use this one particularly often to send image files between my computer and phone. Like if I want to Instagram a photo that I took on my DSLR, I can shoot it from my computer to my phone in a jiffy. Both Infinit and Dropbox are perfect tools if you need to get lots of files between different devices.

Snapseed I have Jeff and Kelly’s Can’t Crop This Class to thank for the intro to Snapseed, and I don’t know how I ever missed it! It’s now on my go-to list for editing photos on my phone. What sets it apart is that you can selectively edit only certain portions of an image, as opposed to most other apps that only have capability to edit the entire image at once. It’s got a spot repair tool too, which is super handy.

Periscope & Snapchat Instagram will always have my heart, but Periscope and Snapchat are like the fun new (to me) kids on the block that I like playing with. I’m loving Snapchat for keeping up with friends while they go gallivanting around the world — it’s so fun to see peeks at what everybody is doing, or what people find funny. I also love the fact that there are no filters and almost no thought that goes into it. It really takes the pressure out of social media. (I’m lovely-indeed on Snapchat! Follow along there.) And Periscope! Periscope is insane. At first I thought it would be weird — you literally can live broadcast yourself while people tune in to watch and chat. But then we tried it and it’s trippy and fun! We actually have some cool things planned for Periscope coming up soon, so you can find me there @lovelyindeed.

Amazon Photo This one is brilliant for families who take a ton of photos on their phones. Ryan and I were going crazy trying to share photos of Henry with each other until we found this. If you’re an Amazon Prime member, you can upload all your photos to the cloud. Then, multiple family members connect to the app and when you open it, everybody’s photos load. So essentially you have access to each others’ photo streams. Woaahhhhhh it’s really rad.

So! Are any of these new to you? Or have you been using them for a while? I’d love to know which apps are your favorites! Leave a comment and let me know which you’re always using so I can check ’em out. xoxo