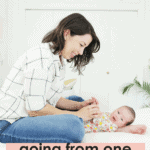 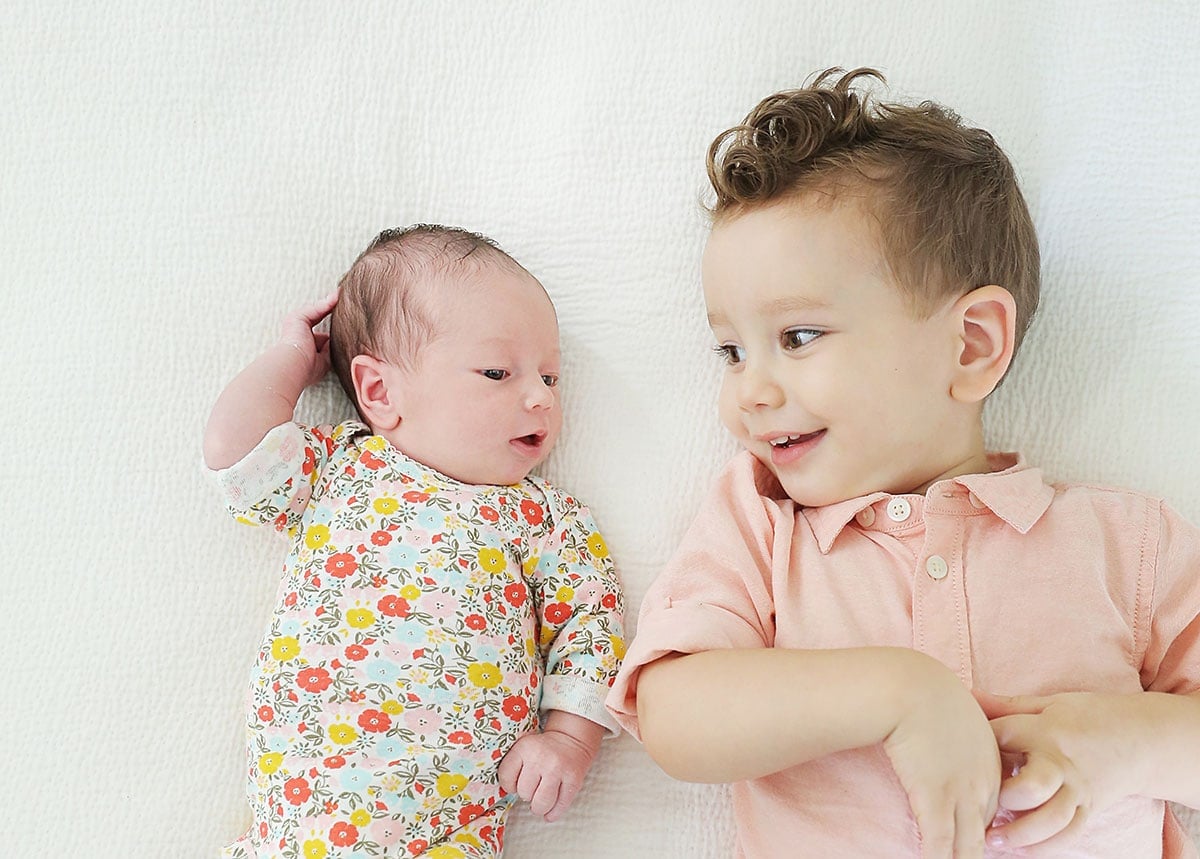 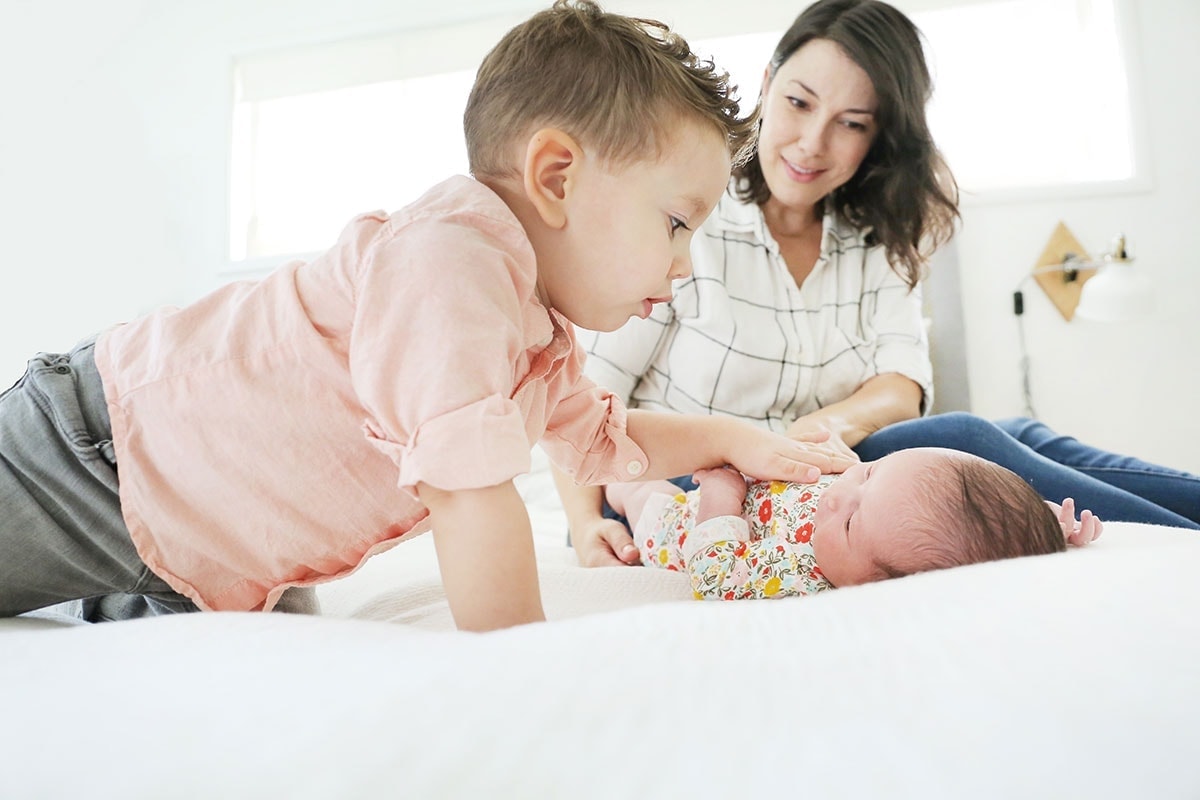 I’m thrilled today to join these other amazing mamas in the Real Talk with Real Moms series! Each month, a group of mothers chooses a topic and each mom shares her own perspective. Needless to say, I’m honored to be adding my voice to the group. Be sure to check out the other posts today from  Parker Etc | Proper Blog | The Effortless Chic | Studio DIY | Sugar & Cloth | The Fresh Exchange | The Life Styled | The Sweetest Occasion | Natalie Borton | A Daily Something | Oh Lovely Day

I remember once having a mother tell me that going from one kid to two might as well be going from one to ten. That always stuck with me. And I wouldn’t say that I necessarily agree, now that we’re well on the other side of going from one to two kids, but I sort of understand her sentiment. One: manageable. Two? Chaos. But for us, a chaos that has been so incredibly worth it.

So let’s back up a little bit.

When we got married, Ryan and I agreed that the kid thing would work itself out. I had never felt that pull toward motherhood that lots of women do; but I also had a feeling that if I did have kids, I would love it. So we let it ride. One day, before we had kids, Ryan and I were sitting together and he asked me: “If we didn’t have any kids, how would you feel 30 years from now?” And without even hesitating, I responded: “No offense, honey, but probably bored.” Ha! I have no idea where that came from. A year later, Henry was born. 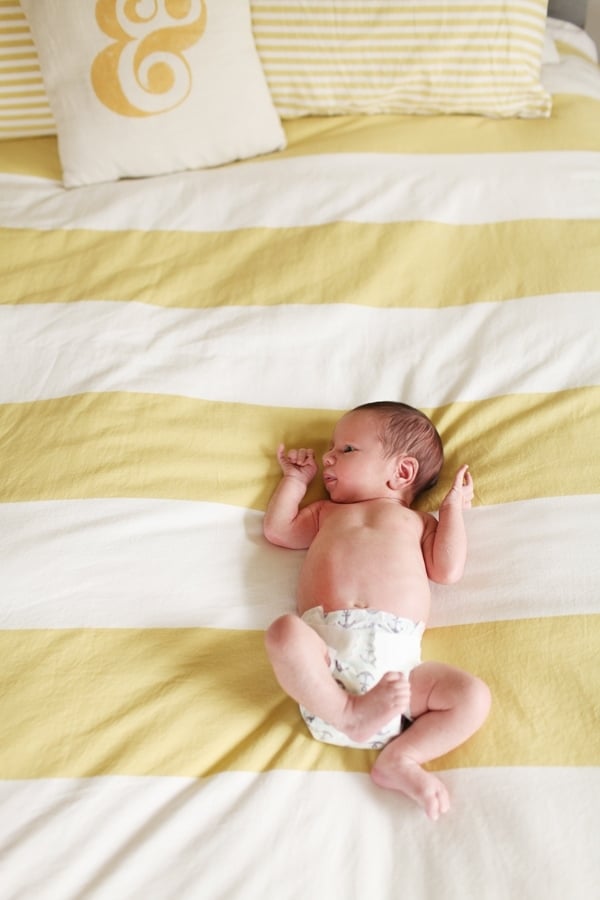 So we had our first and it was wild and wonderful, and it broke me wide open. Truly, I was prepared for every part of motherhood except for how much I would love my child. There is no book that warns you. There is no way for anyone to tell you. And for the first few months, I loved Henry so much it was scary to me. I had never felt a love like motherhood and it was like riding a wave that you can’t control. It didn’t subside but I did finally learn to ride the wave a little better. And that’s when we started talking about baby number two.

For a short time, we considered stopping and having an only child. It felt fun, the three of us, adventuring and doing our thing. But when I pictured Henry’s future, I would always end up picturing him with a sibling. A partner in crime, a forever friend, a comforter and protector, and a mischievous buddy. And as soon as I started picturing that, we decided to go all in and try for our second pretty much as soon as possible. I wanted to have them close together, knowing that it would be a few years of hard work but then they’d hopefully be able to relate closely as they grew older.

We were lucky again, and Maggie was born 22 months after Henry. 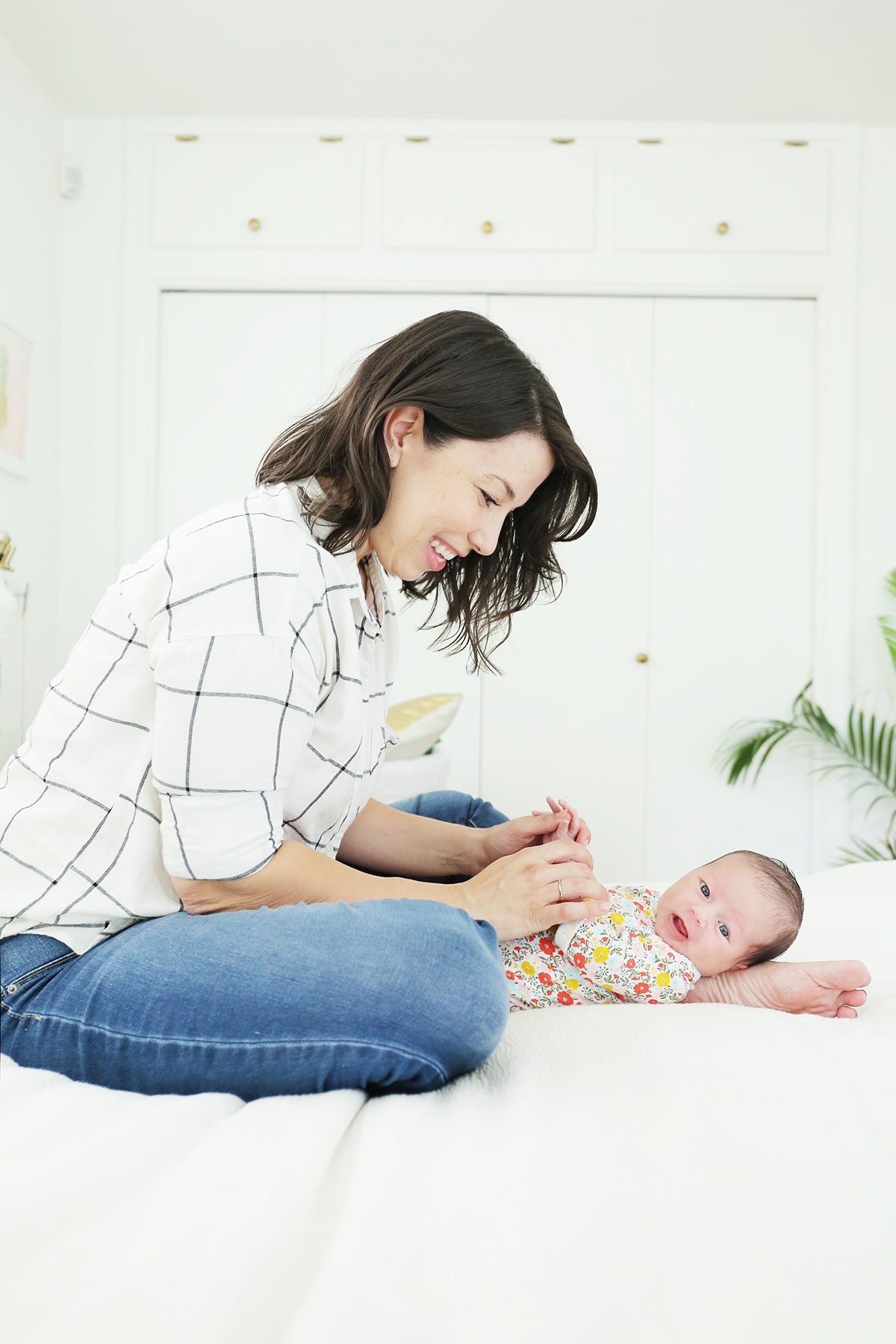 The day before we had Maggie, Henry seemed like a baby. The day we brought her home, he was suddenly a teenager. Showing her books, kissing her head, bringing her diapers. It is unreal the way that a new baby will make your first seem so old and worldly. For the most part, it was a smooth transition for Henry. As soon as we knew I was pregnant, we had started teaching him about babies — that they are delicate, that they need lots of love and positivity, and that the role of a big brother is super important. We wanted him to take ownership of his influence on Maggie (who currently thinks that he hung the moon, by the way).

That’s not to say that there weren’t bumps. There was a span of a month or two when Maggie was an infant and Henry totally turned on me. He decided he wanted nothing to do with me, and actively pushed me away, literally and figuratively. I would be lying if I said it didn’t hurt like crazy. Here you are, an exhausted mom, keeping an infant alive literally with your own body, and your first baby just can’t grasp why he isn’t your one and only any more. He was clearly feeling betrayed and turned to Ryan for comfort. I remember actually crying to Ryan one night about it, and he assured me that Henry would come back with time. Of course, he was right.

To me, fostering their sibling relationship is incredibly important. I think of a sibling as your one true ally, who will hopefully be there for you always (including after parents are gone). We are constantly trying to instill that in our kids, and to help them understand that siblings are different than friends, but if you’re lucky, you’re both. There are times that Henry and Maggie are off scheming together by themselves and I hear little snatches of their conversation, and it fills my heart to bursting. And I picture Henry’s life without her (or our lives without her!) and it’s almost unimaginable. For us, a second was a perfect choice. And it’s not lost on me how lucky we are to be able to make a decision and have it happen that way.

We’re asked all the time if we’re done having kids, and to that the answer is a hard YES! I get sentimental for those sweet baby days, but I absolutely knew in my gut after Maggie came that our family was complete. There are few things that I’ve known so certainly. And as they grow and we say goodbye to their baby stages it’s definitely bittersweet, but each new phase is more fun than the last. I take such joy in seeing our family age together. 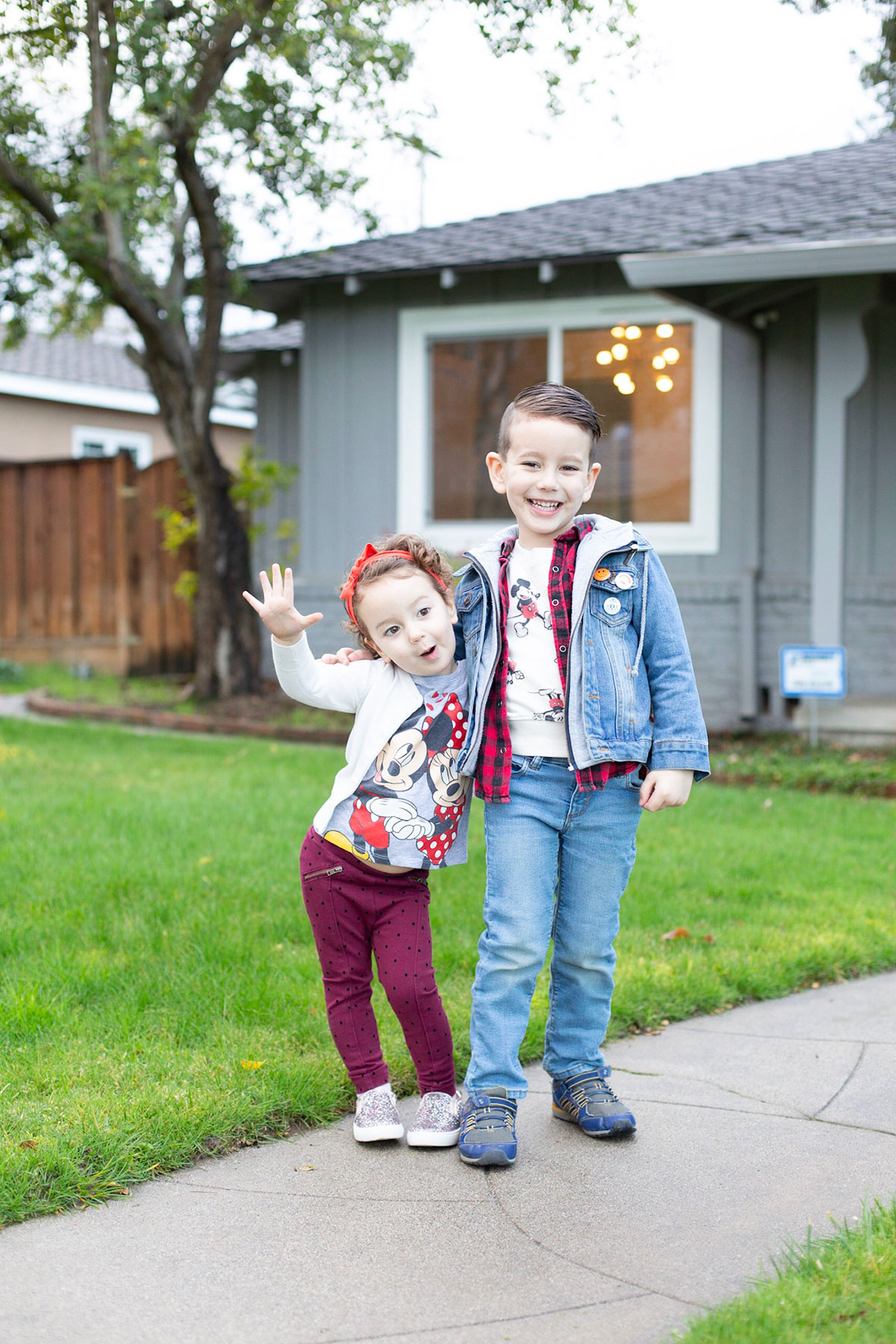 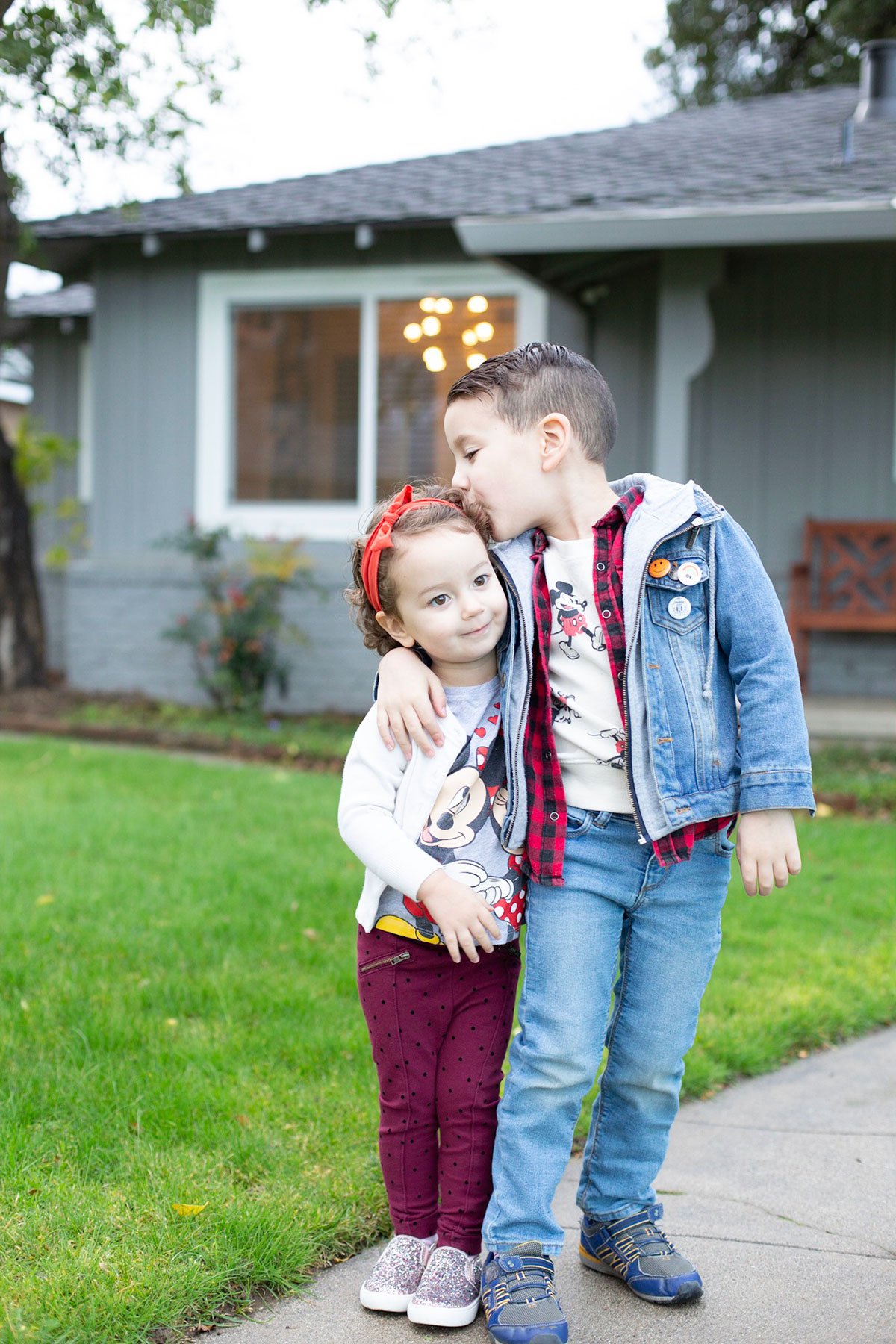 What are your thoughts on children? If you’re considering having kids, do you have a number in your head? Are you nervous about going from one kid to two? I’d love to know your thoughts! And if there’s any other topic you’d love for the Real Talk with Real Moms series to cover leave that in a comment too. xoxo

See the rest of the Real Talk with Real Moms posts below!