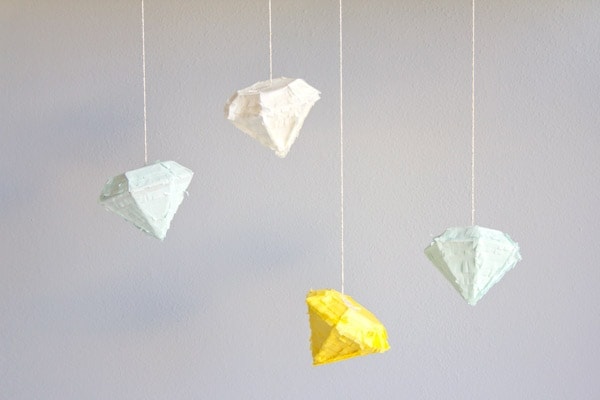 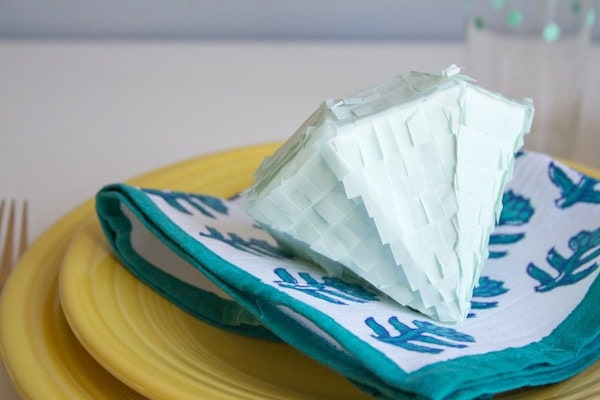 First and foremost, let’s all celebrate the fact that I finally learned how to get the tilde over the n in piñata. It’s the little things, guys.

And now, on to the main event! Mr. Lovely calls this project “Cinco de Diamonds.” I thought that was pretty funny, but since you can use these rad little guys way past Cinco de Mayo, I’m just calling them gem piñatas. I put them up by my desk to take some photos for this post and I’m having a hard time taking them down! So my desk is now blinged out with piñatas until further notice. Let’s make some.

Print out this download and cut along the solid lines. Then, make creases along all of the dotted lines. (Note: If you want to fill your piñatas with candy, you’ll need to trace the template onto the cardboard. Use a ruler and pencil to draw in the dotted lines and crease along them.) 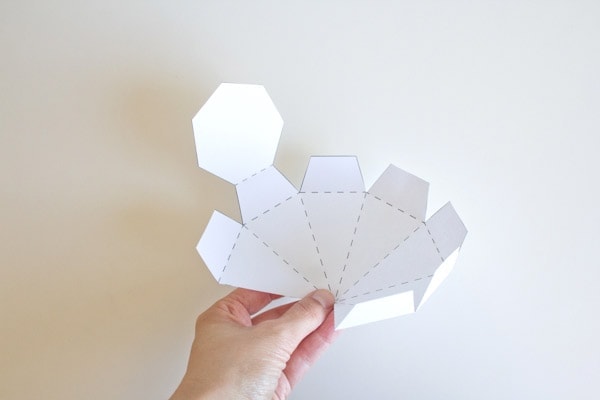 Using small pieces of tape, join the two edges of the bottom of the gem. 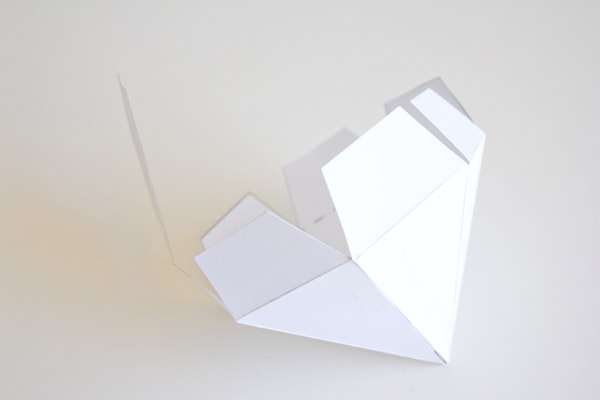 Tape the small pieces at the top of the gem together. 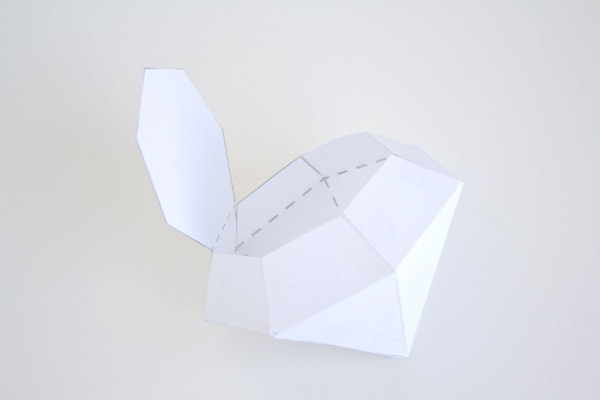 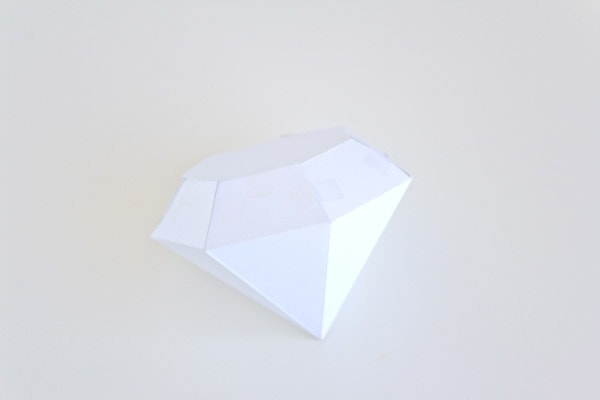 Cut out the extra heptagon (woah, fancy algebra word) and trace it onto a piece of tissue paper. Cut it out and use the glue stick to adhere it to the top of the gem. 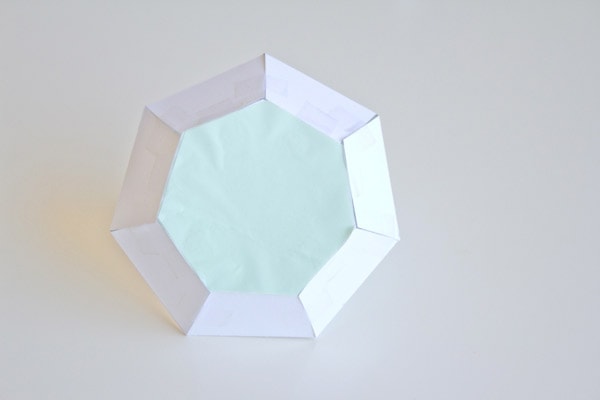 Cut strips of tissue approximately 3/4″ wide, and fringe it. 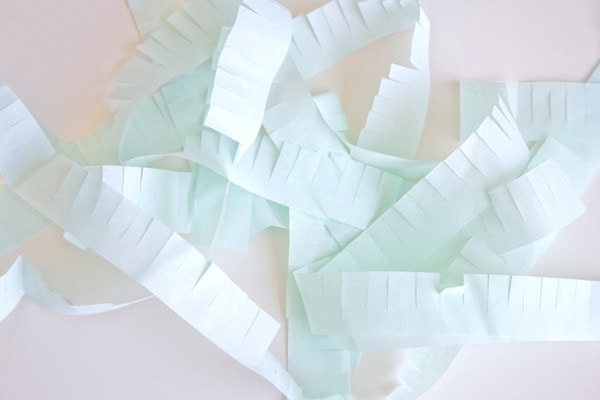 Working on one facet of the gem and starting at the bottom, glue on strips of fringe unti you’ve reached the top. Trim the edges so that they’re clean. 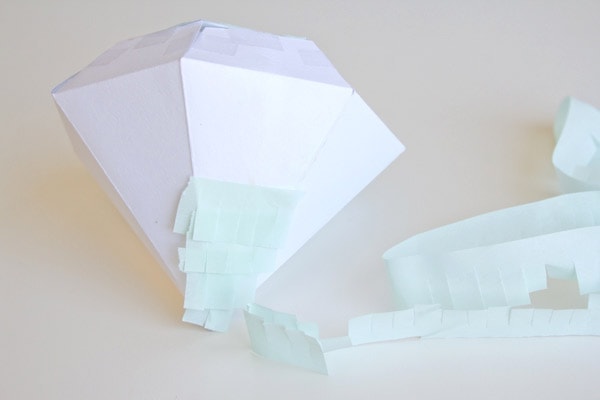 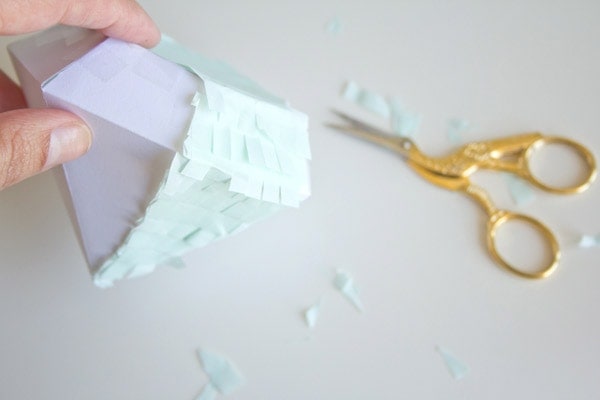 Repeat this process on all 7 sides. 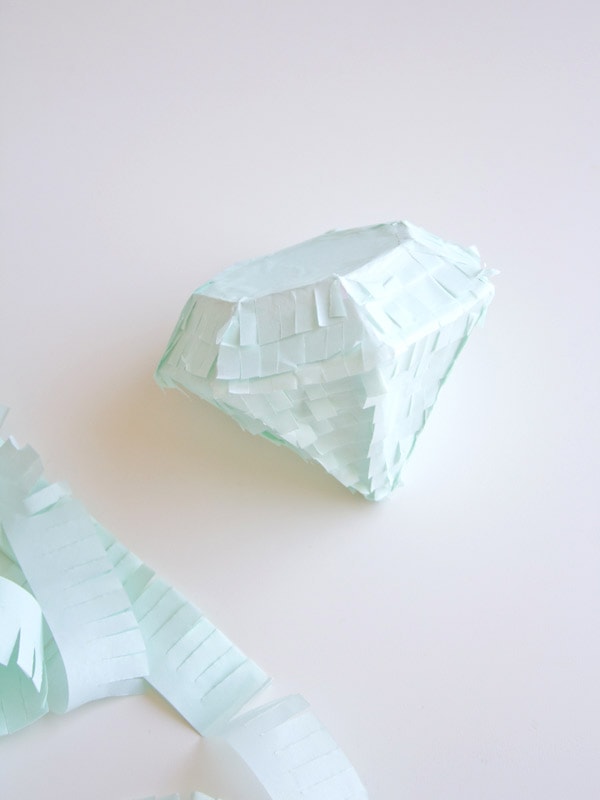 Trim any excess fringe and use ’em to decorate your fiesta! I think they’d be pretty cool as a Cinco de Mayo dinner place setting, or as a party favor if they’re filled with treats. But for now, I’m kind of loving them hanging up with a little washi tape and baker’s twine. Have fun! xoxo 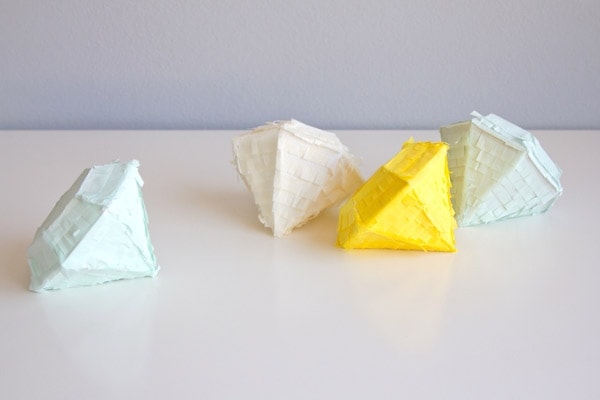 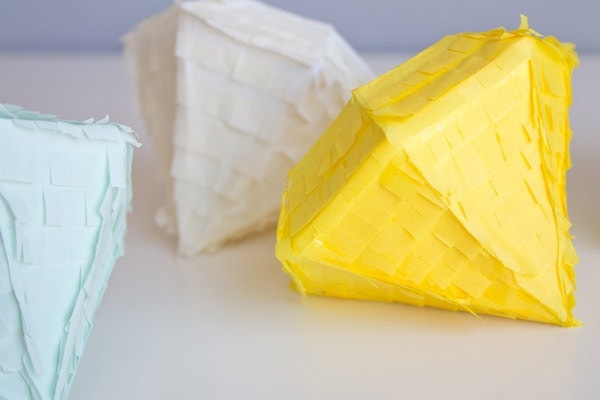 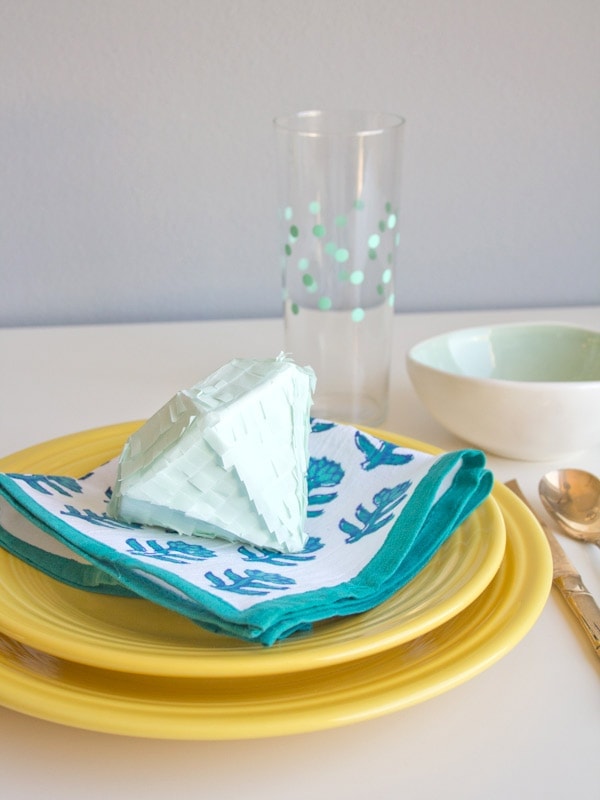 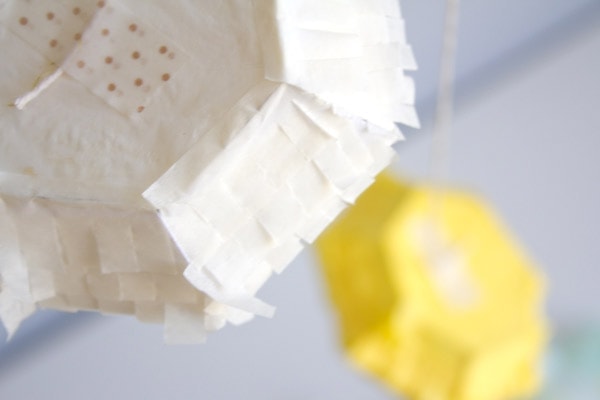 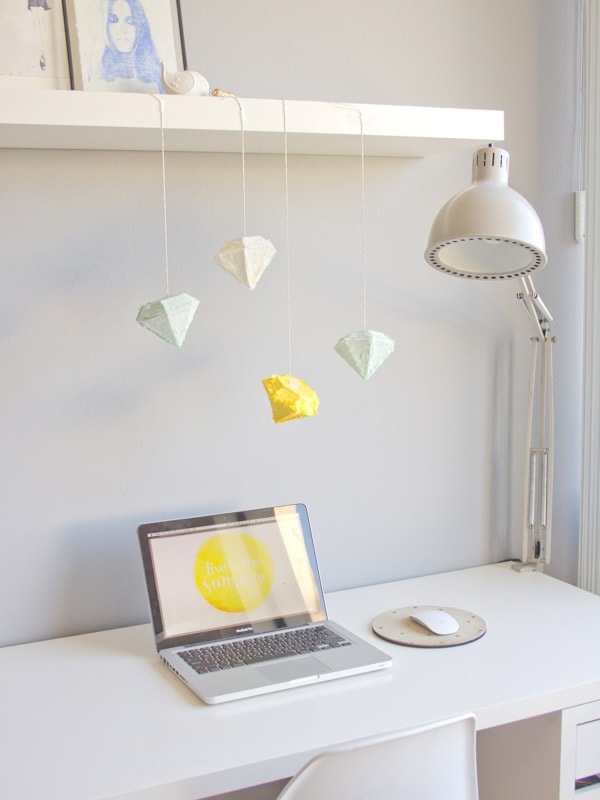