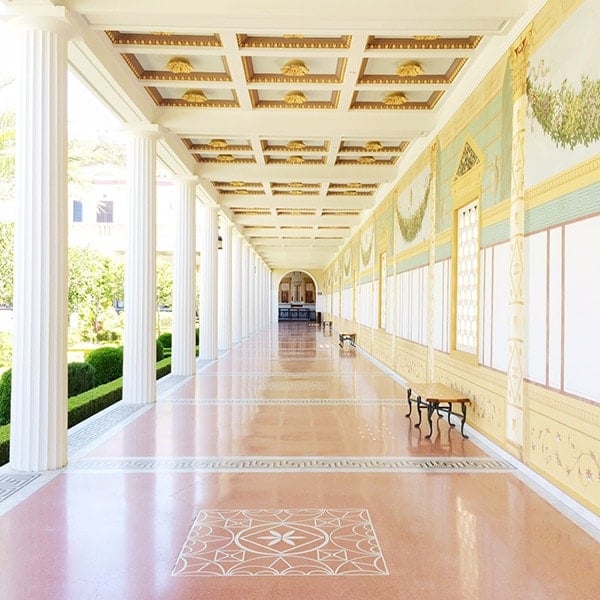 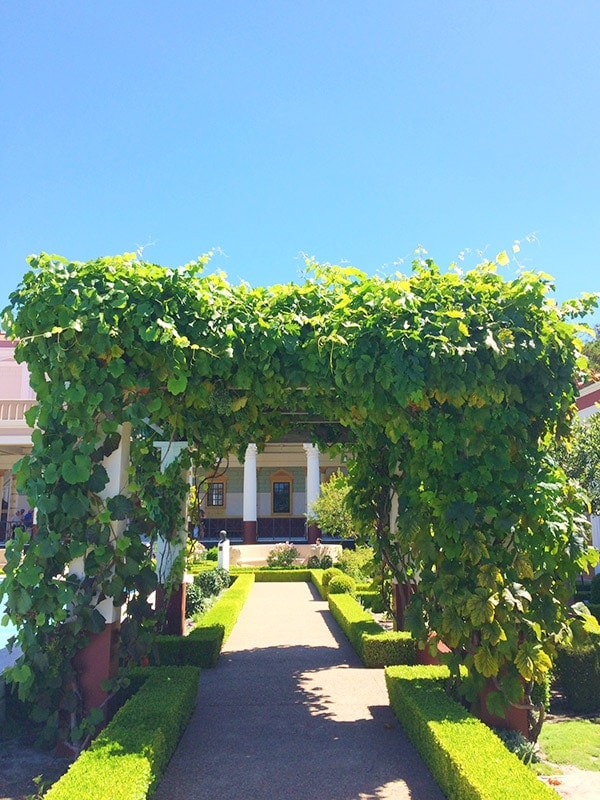 A week or two ago, Mr. Lovely and I took a drive through the canyons and over to the Getty Villa. I’ve been to the museum a few times, but never to the villa, and it was so worth the trip! I actually was so taken with the place I forgot to ever take out my big camera so these are all cell phone shots. But you’ll get the point. It’s gorgeous there.

The villa is actually modeled after a 1st century Roman house, which is crazy. It’s set up on a bluff that overlooks the ocean between Santa Monica and Malibu, and it feels like another world. I loved wandering around and looking at the art on exhibition, but what really got me were the gardens and the actual buildings. It’s such a beautiful, symmetrical place. And the day was so sunny and the sky was so blue it was almost unreal. 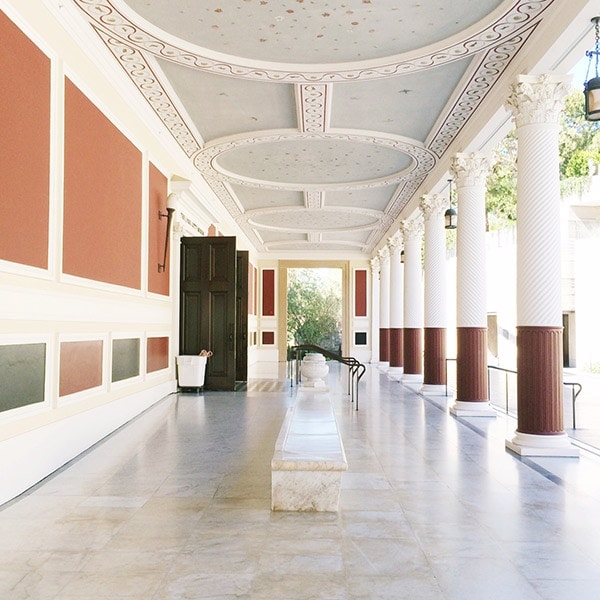 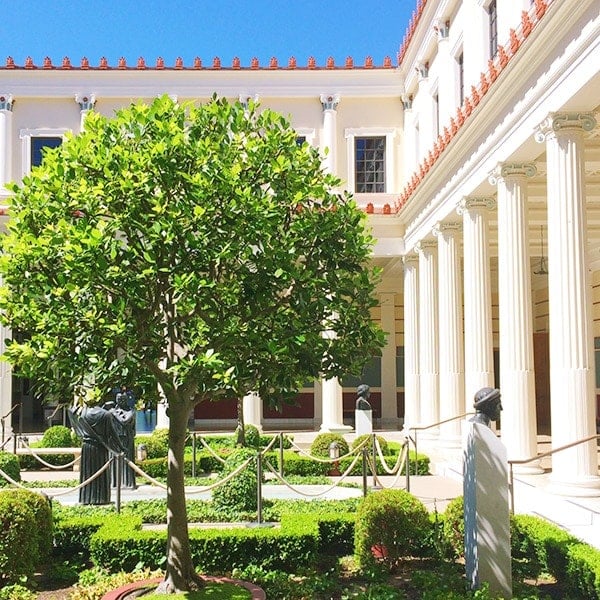 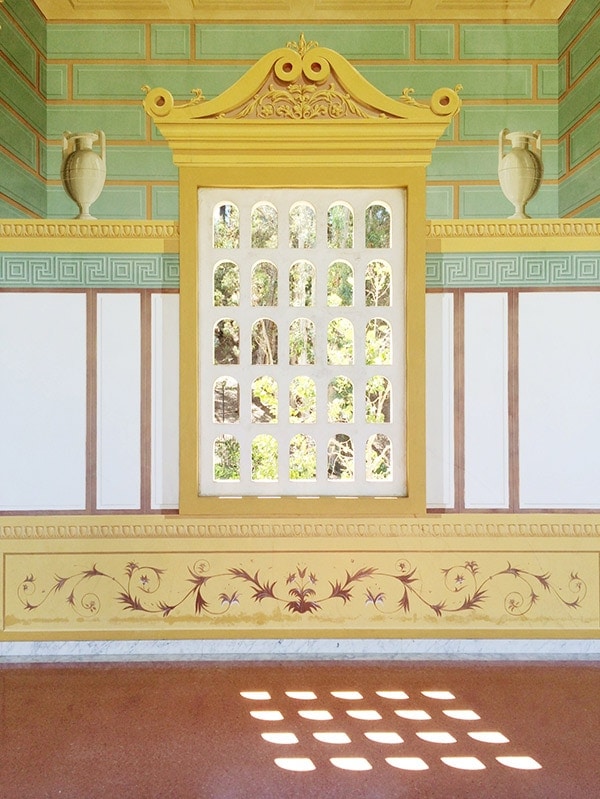 Sometimes I snap a picture of my husband and look at it later and I can see what he’s going to be like when he’s an old man. This is one of those. 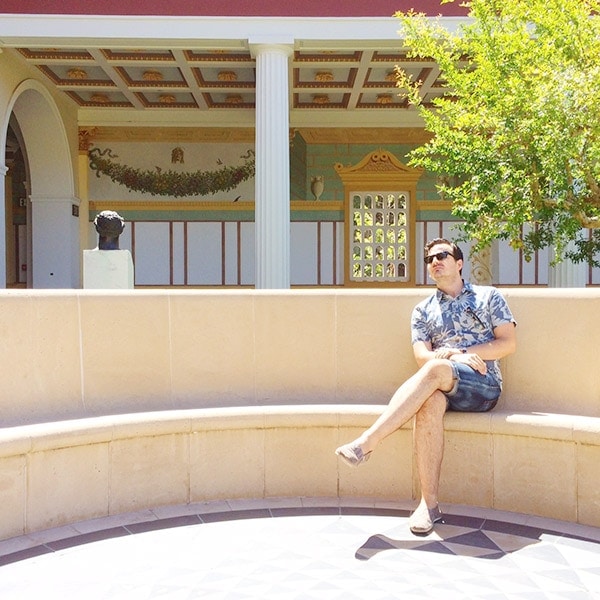 Not the cutest photo of moi, but I kind of love it anyway because of that little baby hiding under my striped skirt. He’s sure taking up a lot of stomach room these days.

My favorite piece on display — a golden crown. Don’t you just want to snatch it up and put it on your head and run around drinking wine out of a bottle? 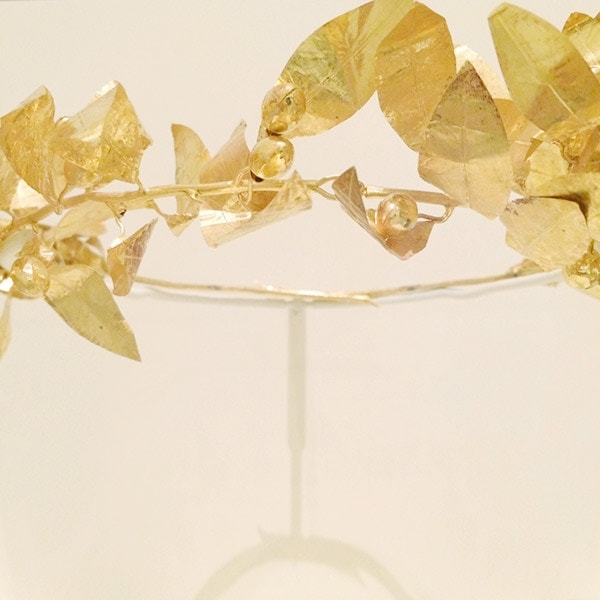 And if this one makes you laugh, we are destined to be friends forever. 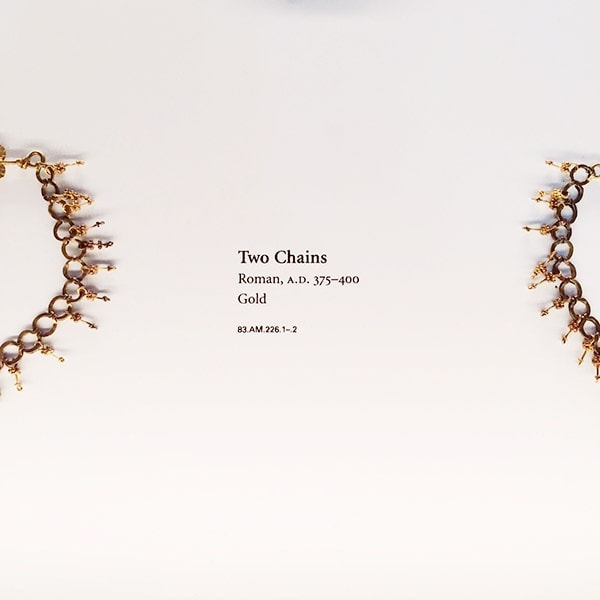 If you’re in LA and looking for a way to spend the morning, hit up the villa! Make a reservation online — it’s free to go and parking is $15 per car. So load up your car and hop to it. I recommend hitting it as soon as it opens, so there aren’t loads of people  putting a damper on your museum experience. Go there! xoxo 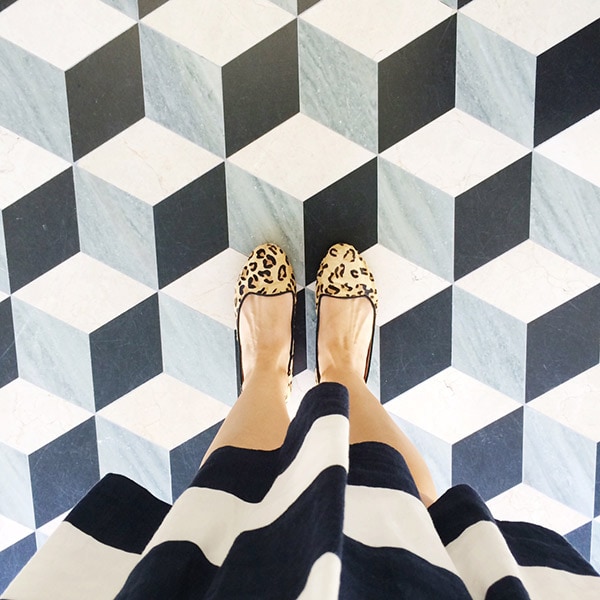 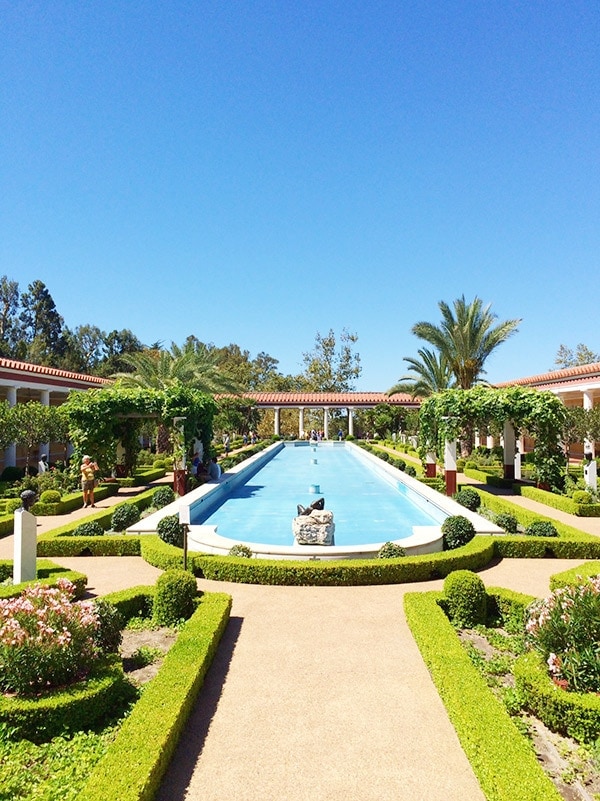 7 thoughts on “Travel // The Getty Villa”