Now, you know I never get political here on the ol’ blog, but I felt it appropriate today to skim the surface just a bit! I hope all of you are exercising your voting rights this coming week — I sent my trusty absentee in a while ago and it felt good. But I have to say, I never, ever tell anyone who I vote for. I was pondering that the other day and I thought it would be a great debate! So….

Welcome to Today’s Debate, where we weigh in on the sublime, the ridiculous, and everything in between! When it comes to voting, do you share your opinions? Or do you keep it on the downlow? 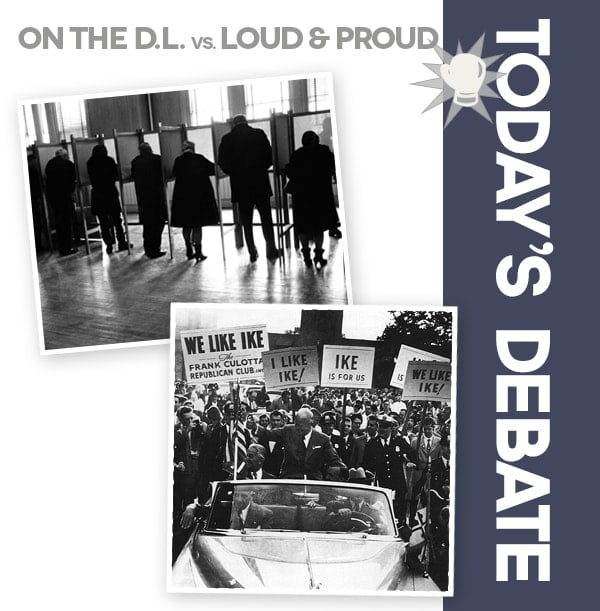 Now, before we get too far into this debate, let’s be clear: I’m not asking you to tell me who you’re voting for. For heaven’s sake, I don’t want to know that! That’s like asking how much you weigh, and my dears, I’m far too smart for that business. I’m just curious — do you feel comfortable sharing the information with the people around you?

I find myself surrounded by bunches of highly opinionated people. People who, whichever side of the political debate they’re on, for some reason assume I’m on the same side. And truth be told, it’s a little uncomfortable. So whether I agree or disagree, I almost always keep entirely mum about my political opinions or voting choices, because I’m really not a fan of talking politics.

I do, however, have a certain level of respect for those folks who put their choices out there with no fear of judgement or controversy. I think there’s something kind of brave about that, and it certainly takes someone who’s ready to defend her beliefs. So where do you stand? On the downlow, or loud and proud? xoxo