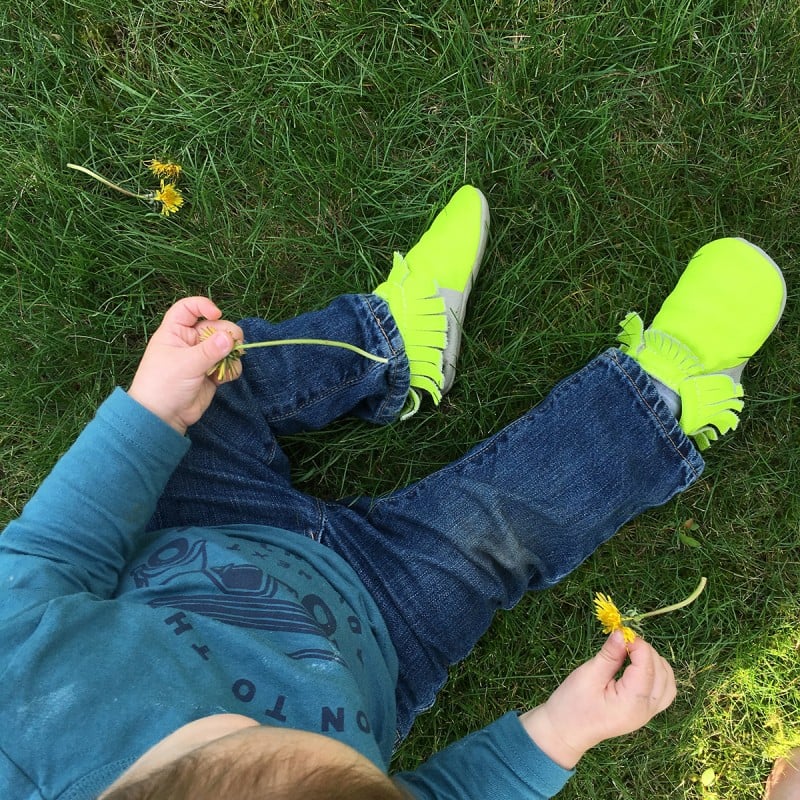 First of all, a gratuitous baby picture. Henry in his natural habitat: dirty shirt, grass-stained knees, happily pulling dandelions out of our lawn and subsequently trying to eat them. It’s the simple things, guys. (Outfit from Old Navy and moccs from Freshly Picked!) I can’t get enough of those chubby little boy knuckles.

Okay, who watched Fuller House?! I admit to having watched about four episodes — I mean, come on! Full House was the stuff of my youth so I totally have to revisit DJ and Steph and the gang. And was it amazing? Ummm no. But did it fill the heart of my inner 1980’s child? Totally. It’s kind of bizarre, like a complete flashback. The writing is the same, the house is the same, the people are the same. Part of me thought they’d update the style of humor but nope — they went classic Full House and are sticking to their guns.

And while I was singing along to Everywhere You Look during the opening credits, it got me thinking about my favorite tv show theme songs of all time! There are some good ones, aren’t there? And it seems to me the best ones come from the late 80’s and early 90’s. I know you have faves! I tried to list my top five theme songs and came up with this list (although I’m positive I’m forgetting some good ones!):

Aaaahhhh! They’re so good! I played the Duck Tales one in the studio and Ryan and I had to stop for an impromptu dance party. And I think the Golden Girls song might be my favorite theme song of all time. Okay your turn — best theme songs ever, any era. Go! xoxo