Okay.  I am officially in love with the new apartment.  There’s laundry in the basement, and all of the machines work.  We have neighbors who stop by and say hello, and bring us bottles of wine.  And there’s a 96-year-old woman who has been living here since 1935.  1935!

Adding to the coolness of this joint is a document in the New York Public Library’s Digital Gallery; it outlines the original concept of the building, and has floor plans and photos of the building as it was when it was built in 1910.  A couple of excerpts:

“The Nathan Hale Apartments represent the highest type of apartment house construction, nothing approaching them ever having been attempted on Washington Heights.  The exterior is a model of architectural beauty and the interior embodies every modern convenience and advanced idea.”

And my favorite quote:  “Every modern improvement has been installed.  Full length French plate mirrors are placed in all chambers.”  Fancy schmancy!  And by the way, the best part of the photo of the exterior of the building?  The hitching posts outside.  xoxo 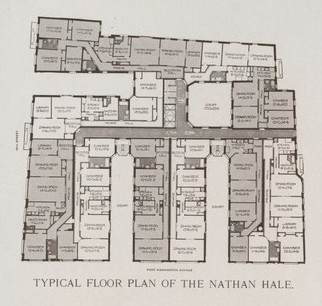 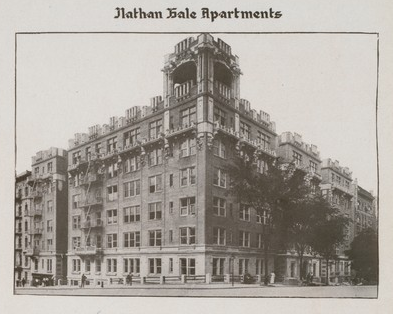