I love to give kitchen towels as gifts — I think you can never have too many, and they’re almost as fun as jewelry, because they’re kind of like accessories for your kitchen.  (Weird?  Maybe.)  But!  Anybody can just buy some towels, wrap ’em up and put a gift tag on them — this year, I decided to personalize some store-bought towels, in order to make them a little more homey.

I found some cute little kitchen towels at Target (Shh!  Don’t tell!) and pulled together some kooky trimmings that I had laying around.  This summer, I acquired some vintage rickrack at an estate sale, and decided to use that as well — a vintage touch is always cool, right? 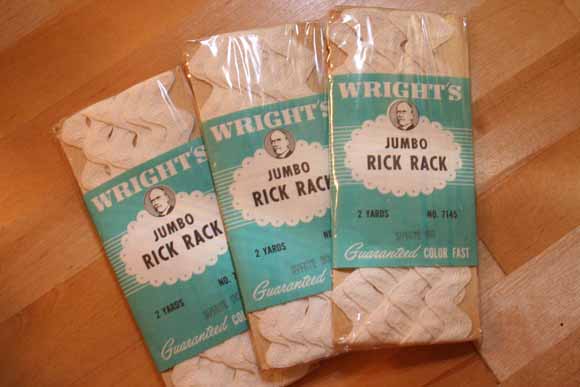 Some of the towels were plain, bright colors — rickrack went on those.  The others had cute little patterns of birds and teacups printed on them.  I decided to embellish them with a little embroidery (thus knocking out another 30 by 30 goal!), so I picked up some embroidery thread in matching colors and used a split stitch to outline some of the designs. 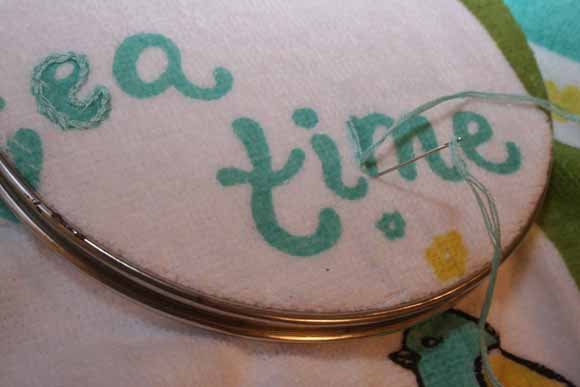 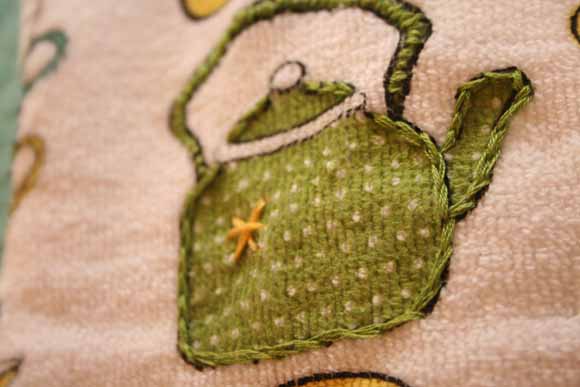 Then, pompom trim went on the bottom of the patterned towels, and I paired them up in complimentary colors.  Ta-daaa!  xoxo 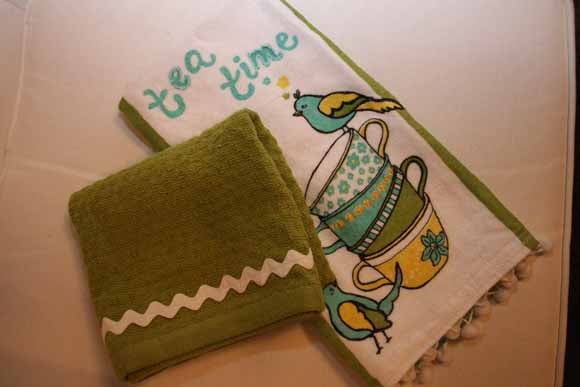 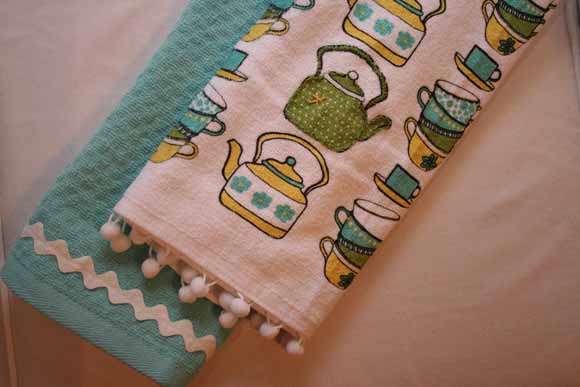