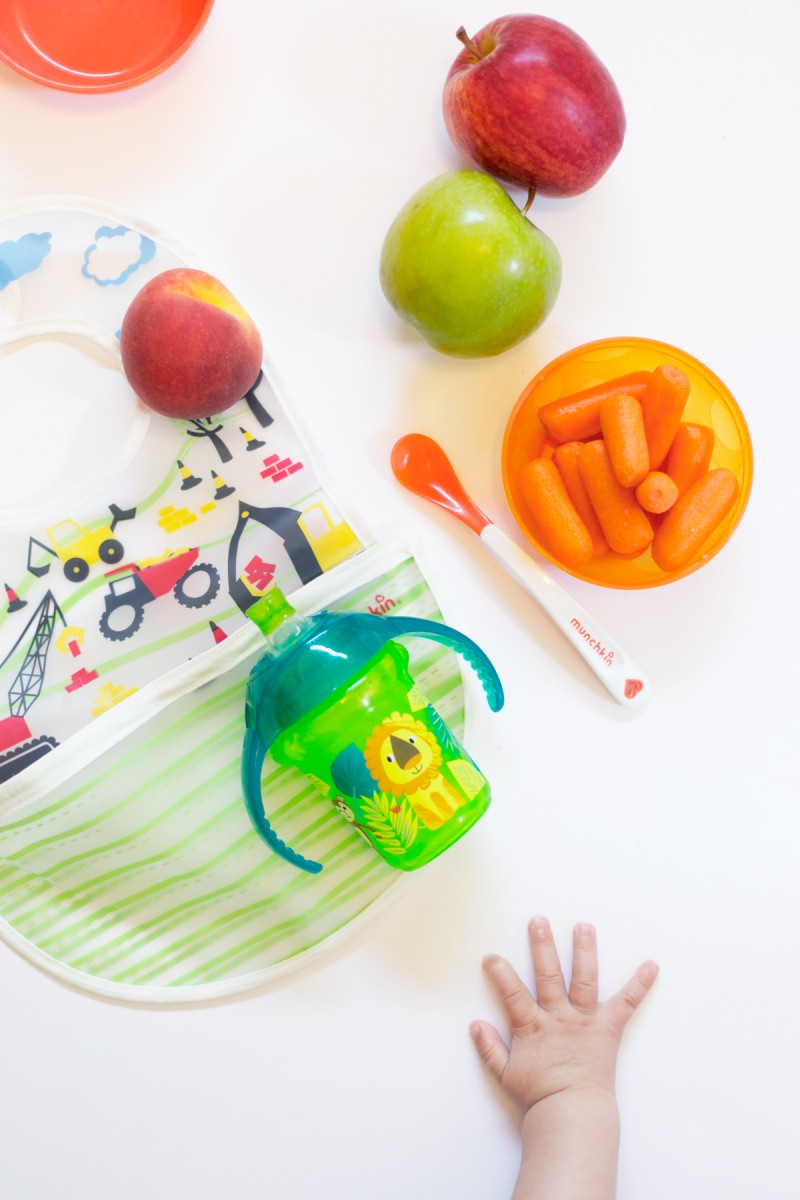 You know, usually when I have a question about a new milestone that Henry is approaching, I can find the answers in the couple of baby books we have, or find lots of information online. This one, however, has stumped us a little bit. When we started thinking it was time to introduce Henry to solids, we did some research and found the same little bit of information over and over, but nothing that went into much detail. So we kind of dove in and figured it out for ourselves. And because of that, I thought I’d outline our experience with getting our little dude into the world of solids, and hopefully help a few peeps who might be in the same situation!

Henry started showing interest in solids at somewhere between four and five months old. He would stare at people eating, reach for food, and could sit up on his own. So we started solids. He started with rice cereal mixed with breastmilk, in a pretty soupy consistency. We fed him about two tablespoons (give or take) of rice cereal once a day, at dinner, after he nursed. Once he mastered getting the spoon in his mouth and swallowing most of the cereal down (which took about 3 days), we would increase the texture every day until it was like a thick cream of wheat. After meals we also started introducing a sippy cup with a little water, just to get him used to “drinking.” Mostly he would play with it but after we found this cup he was able to handle it lots better and now can take sips by himself.

After a couple of weeks, he was a pro at cereal. So we added veggies. We decided to make our own baby food for as long as we can, so that’s what we’re doing. Any food that he eats gets steamed, pureed, and frozen in little trays. Then we can just pull out a little frozen hunk of whatever veggie he’s eating, pop it into one of his microwave (and dishwasher!) safe baby bowls, heat it carefully, and feed away. We use these Munchkin spoons that turn white when the food is too hot, so we’re always sure that it’s a safe temperature. 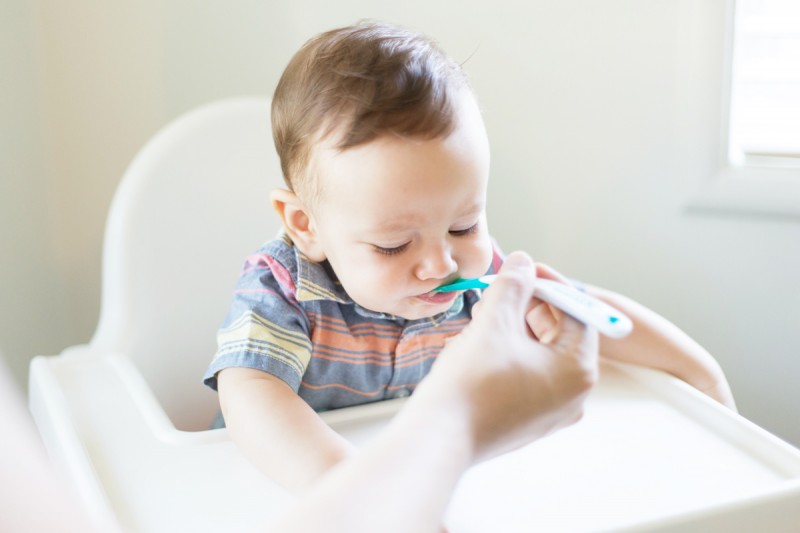 Most people recommend starting with the most bland veggies you can find, and introducing only one new fruit or veggie every 3-4 days, to make sure baby doesn’t have any reactions. We started with Stage 1 veggies (zucchini & squash first, then moving on to sweet stuff like carrots or sweet potato) and added a couple of ounces of the veggie after his dinner cereal (both of these still after nursing). We kept rotating through veggies until he’d had quite a variety. By about seven months, he was ready for another solid meal so we added the same routine (nurse, cereal, solid) at breakfast, but with fruits instead of veggies. Interesting fact: my kid doesn’t really dig apples. Apples! We’ll have to work on that.

Our most recent addition to the routine is a couple of baby crackers while sitting at the lunch table with us, to get him primed for adding his third solid meal. He’ll hold on to them and gum them while we eat. I feel like it’s been a good thing for him to learn how to sit down together at a meal and get used to that idea.

Phewph! Sometimes this parenting thing is a breeze and sometimes it’s like putting together a big crazy puzzle where the pieces don’t all necessarily fit. But I feel like we’re getting the solids dialed in, and hopefully our experiences will be helpful if you’re ever trying to figure out the same thing! (Psst — one more tip. This bib is awesome for eating on the go! It rolls up into itself and you can keep your spoons and stuff inside. Super handy.) So if you’re not a mom yet, bookmark this one — I’m positive you’re gonna need it someday! And if you’re a mom with a little one eating solids, any more words of wisdom to add? xoxo 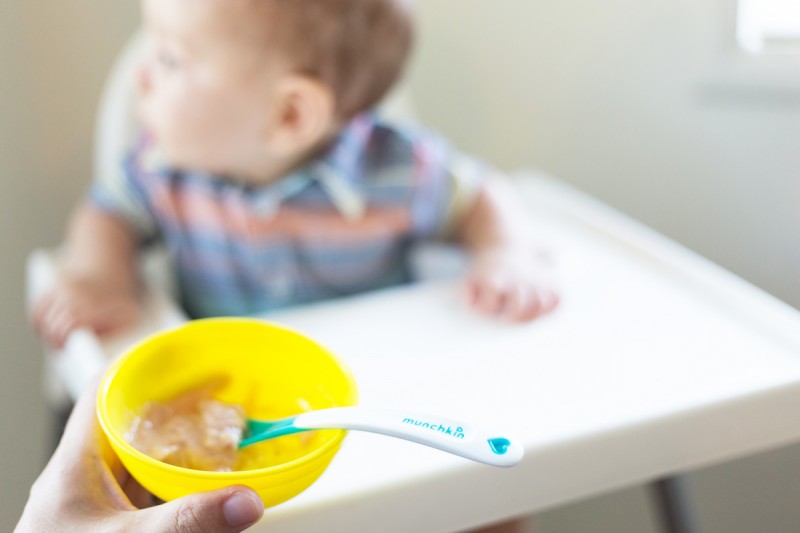 This post is sponsored by Munchkin. All opinions are my very own. Thank you for being supportive of the partners who help keep Lovely Indeed rocking!