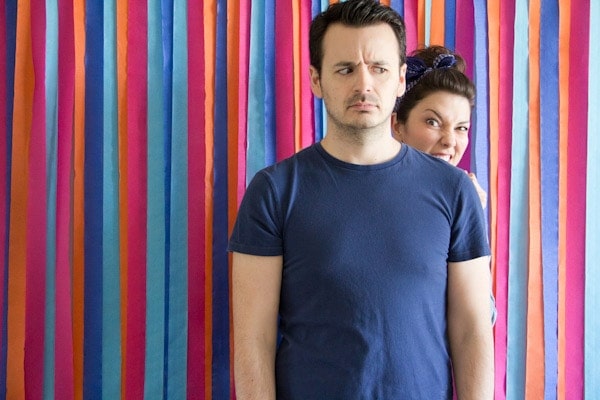 Okay. We’ve been on each other’s nerves lately. Let’s be real — it happens. I think that Mr. Lovely and I have a (so far) pretty happy and well-adjusted marriage going. But I’m not afraid to admit that it’s been intense lately with both of us juggling pretty huge projects, and being just a bit on edge.

Before I started writing this post, I asked him to name one or two things that I’ve been doing that really just bug him. And he couldn’t (or didn’t want to, if you ask me…). And I got frustrated, saying that there HAD to be something I do that makes him bonkers! And he said, “There. That. When you act like everything is the end of the world.” So I said thank you very much and got down to work. Ha.

But I digress. All of this is to say that I’ve really come to be aware lately of how stress can take a toll on a relationship. After we wrote the ebook, Mr. Lovely was the one who did the layout design for us. It was just me and him, sitting at our desks at home, day after day, hour upon hour, putting together this crazy puzzle. And on top of that, there were our usual responsibilities with both of our businesses, keeping the house clean, seeing friends, and just life stuff. After a while our nerves just got a little raw and any little thing would set us off. He didn’t like one of my ideas? Boom, argument. I didn’t like that noise he kept making with his mouth? Boom, argument. Neither one of us wanted to cook dinner? Forget it.

I’m pretty pumped to say that we’re through the tunnel and back on track! But I’m definitely putting those lessons we learned in my pocket for the next time we’re in a pressure cooker of stress. It’s so hard to stop when you’re on a train that’s about to derail, and get to the bottom of what’s really upsetting you. Because I feel like nine times out of ten, it’s not really what you’re arguing about. It’s probably something much more simple.

Have you ever been in a particularly stressful season and had it take a toll on your relationship? I’d love to hear about how you dealt with it! I’m no expert here, so lay your advice on me and I’ll have some tricks up my sleeve for next time. xoxo

P.S. In semi-related news, did you get your copy yet? See the masterpiece that inspired this post in the first place. (I kid, I kid.)