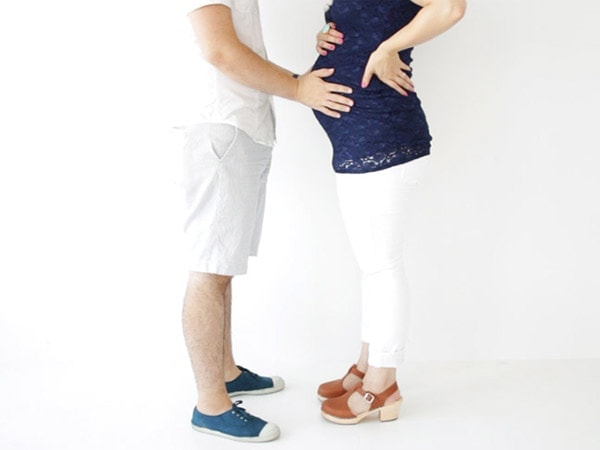 I mean, is there such a thing as being “ready” for a baby? I’m starting to think not. You can pick the name, put together the crib (or watch your husband put together the crib), and paint the walls, but I don’t feel like any of that means you’re ready. But still, we’re trying to “ready” ourselves as much as we possibly can.

I guess in our heads, being ready means being educated but not crazed. Yeah, we’ve read a few books. And we’ve scheduled all of our classes so we know which end of the kid to stick the diaper on and which end to feed. And the nursery is on its way to not being a shambles. But other than that, I think we’re both mentally preparing ourselves for… um, anything. It seems like we’ve had an unspoken agreement all along that we, together, will be ready to tackle whatever changes the kiddo brings. Maybe he’ll be a great sleeper or maybe we will be up every night for the next six months. We’re ready. Maybe breastfeeding will be a breeze or maybe it’ll be a nightmare. We’re ready. Who knows? But I think the thing is, I’m feeling ready because Mr. Lovely and I are heading into parenthood with the same vibe. Basically, let’s do this — together.

I keep reading and hearing everywhere that the best thing you can do to raise a child is keep your marriage strong, secure, and on the top of your priority list. It really makes sense to me. We were the team before the kid and we’ll be the team after the kid. I think it can get to be a bit of a touchy subject, but I understand it when I hear husbands and wives say that they try to put their marriage first and their children an immediate second. Even in these pre-parenting days, I feel like it’s been so important to have the husb by my side, at doctor appointments, choosing baby stuff, making decisions. It’s a comfort and helps me feel like I have a teammate in all of it.

What’s your take? Do you think it’s out of line to prioritize a marriage over a child? Do you think they go hand in hand? Is it even possible to keep your marriage a priority in the midst of raising babies? xoxo

7 thoughts on “Married Life // Getting Ready for Baby”