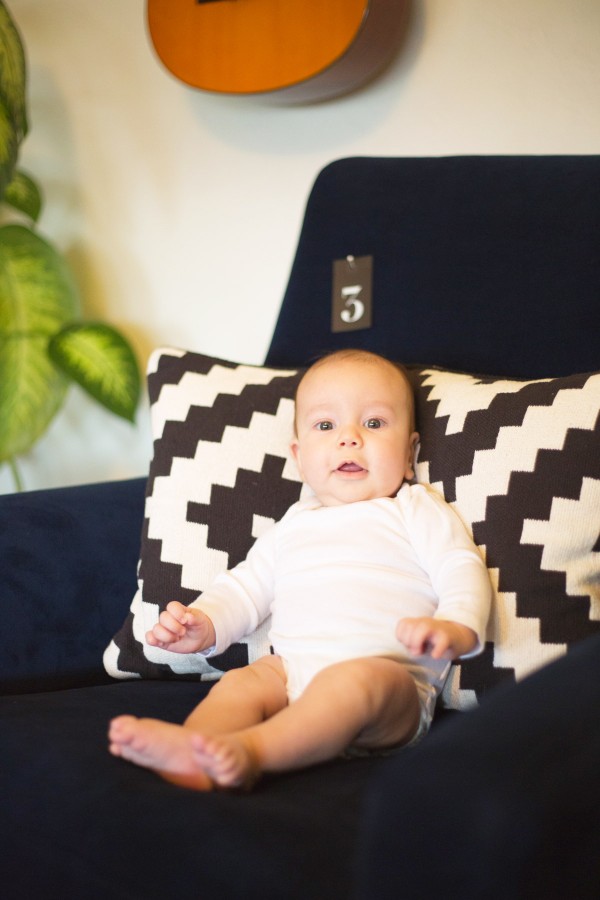 Okay, this is fun. I feel like now that little dude has hit the three month mark, he’s turning into a little person. And it’s so fun! Seriously, he has opinions and preferences and things that are guaranteed to make him laugh and things that are guaranteed to royally tick him off. It’s so incredible to watch and see how every day something is a little different or he has a new skill. Blows my mind.

Three month old Henry loves to sit in his little bouncy chair with the activity attachment thingy. There’s a little plastic frog on the attachment — it’s tiny and totally inconsequential, but Henry and this frog have long, deep conversations about life. Apparently the frog is hilarious because Henry will just stare at it for a moment and then laugh and smile like the frog is doing some amazing standup routine. Henry and frog. A coupla pals.

Three month old Henry also loves to be sitting, standing, and held upright. (Actually since the day we brought him home from the hospital, he didn’t like being cradled like a baby.) He wakes up with a smile (most days) and is really really trying to roll over and scoot around. Oh, he wants it so bad. Just can’t quite figure it out yet.

Three month old Henry smiles lots and really loves weird noises that you make with your mouth. And getting kissed. His pointer and middle fingers on his left hand are almost always in his mouth. He sleeps through the night but naps are sometimes spotty. We’re working on it. He loves his older cousins and lets them smack him around without any complaints. They’re adorable together.

Three month old Henry is totally going bald, after having been born with a full head of hair. But the baldest part of his head is the very top, which results in him looking like a very tiny old man. Or Winston Churchill if his double chins are particularly pronounced that day. He’s also developing some magnificent chubby cheeks, much to his mother’s delight. Those are kissin’ cheeks if I’ve ever seen ’em.

And that, friends, is what’s going on for little dude. He’s growing so fast I can only imagine what next month’s update will include. He’ll probably be reading the dictionary and getting his drivers license. Sheesh. xoxo 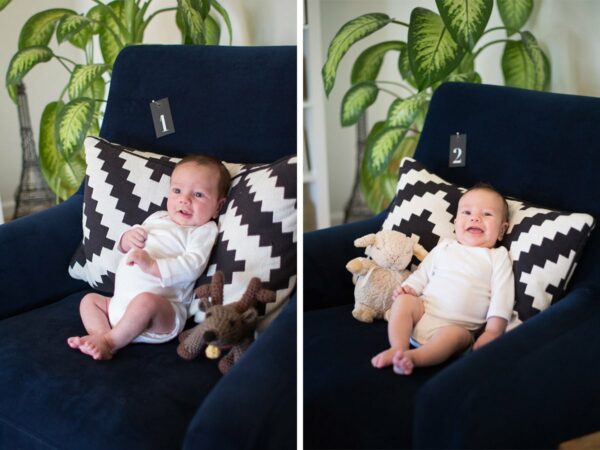