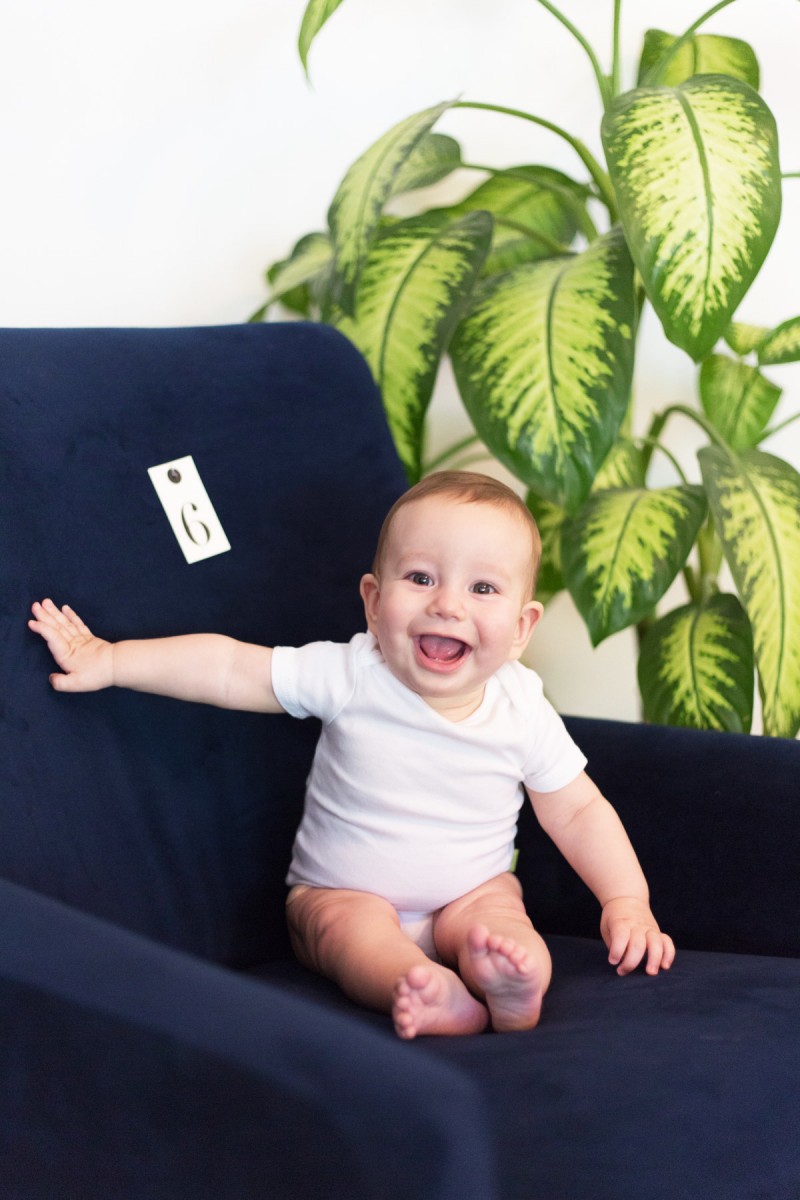 It’s official: We’ve kept our tiny human alive for half a year! We are accepting high fives, low fives, or any kind of five you’ve got. And I swear, the parenting gig just gets more fun every day.

I think this kid of ours just has a happy heart, for which I’m thankful every day. We’re starting to call ourselves the #foyadventureclub, because he’s getting really good at coming along with us while we run around and do our thing. (Although he does seem to have a time limit in the car seat, which has made for some spectacularly loud road trips.) I love to see him interacting with our family and friends, which he usually does pretty well. Every once in a while he’ll get a little shy with a new face but warms up soon enough. 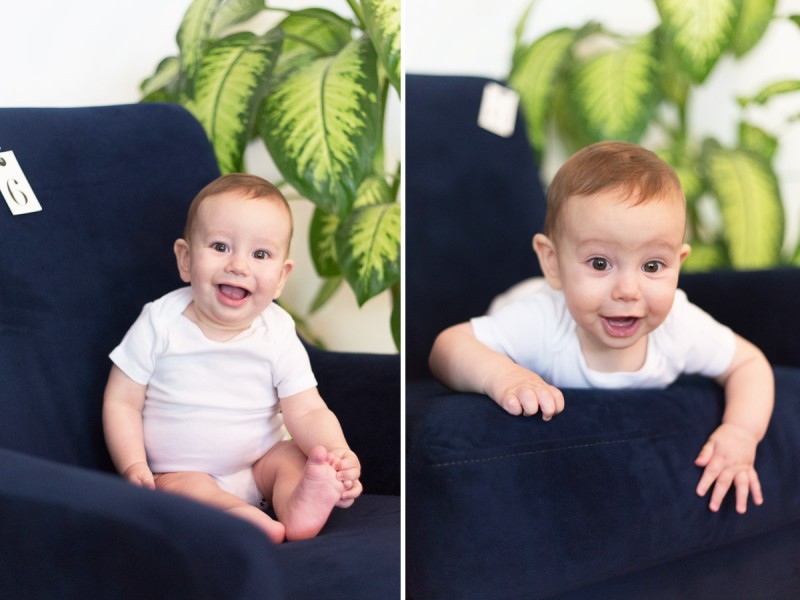 Six month old Henry is all about eating veggies and rice cereal — I’m afraid he inherited his parents’ love of eating. Best of luck with that, kid. He topples over less and less while he’s sitting up, and has pretty much mastered the high chair. He’s a bit of a daredevil — you can toss him around and swing him and roll him upside down and he’s totally game. Just a few days ago he learned to wave, so we finally have a trick he can do almost on cue. Also, sometimes when I’m holding him and patting his back, he starts to pat me too. It doesn’t get much better than that. 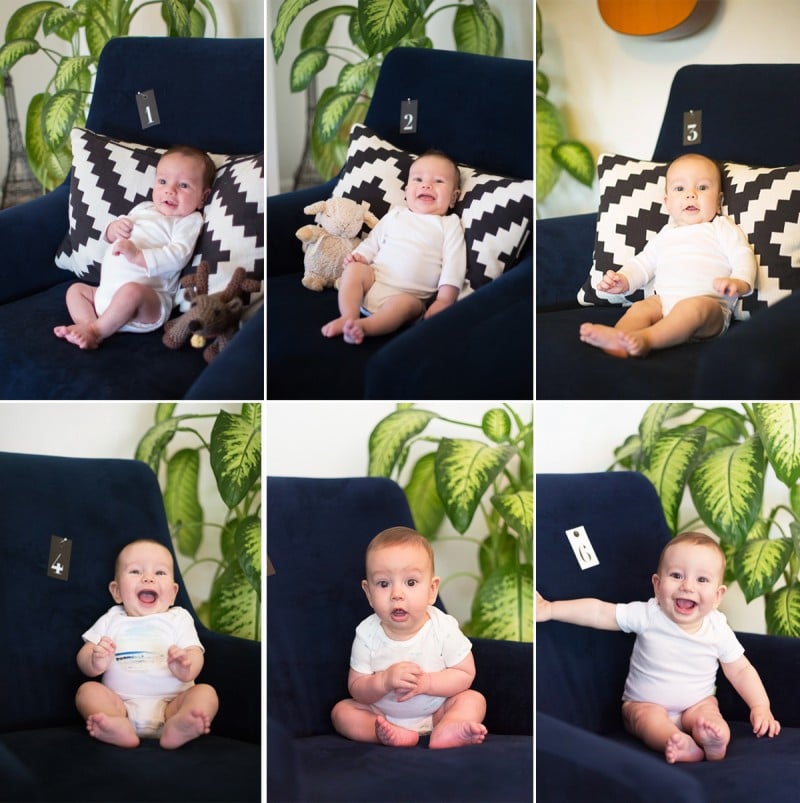