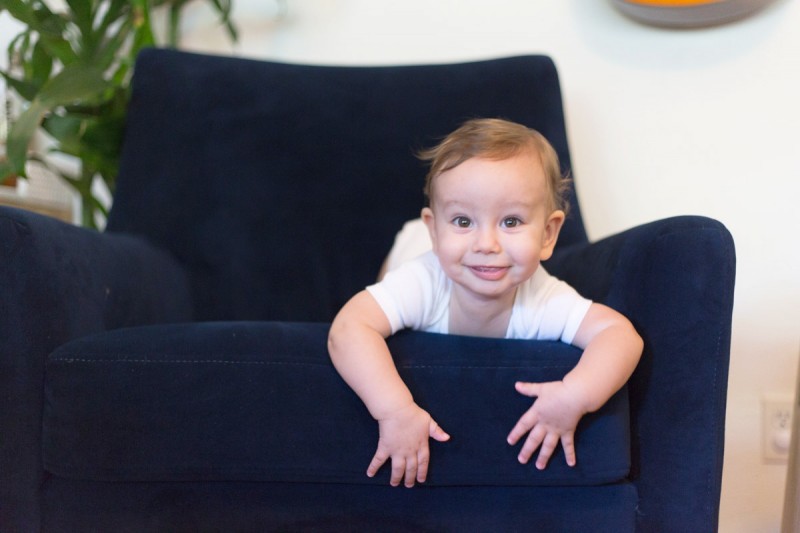 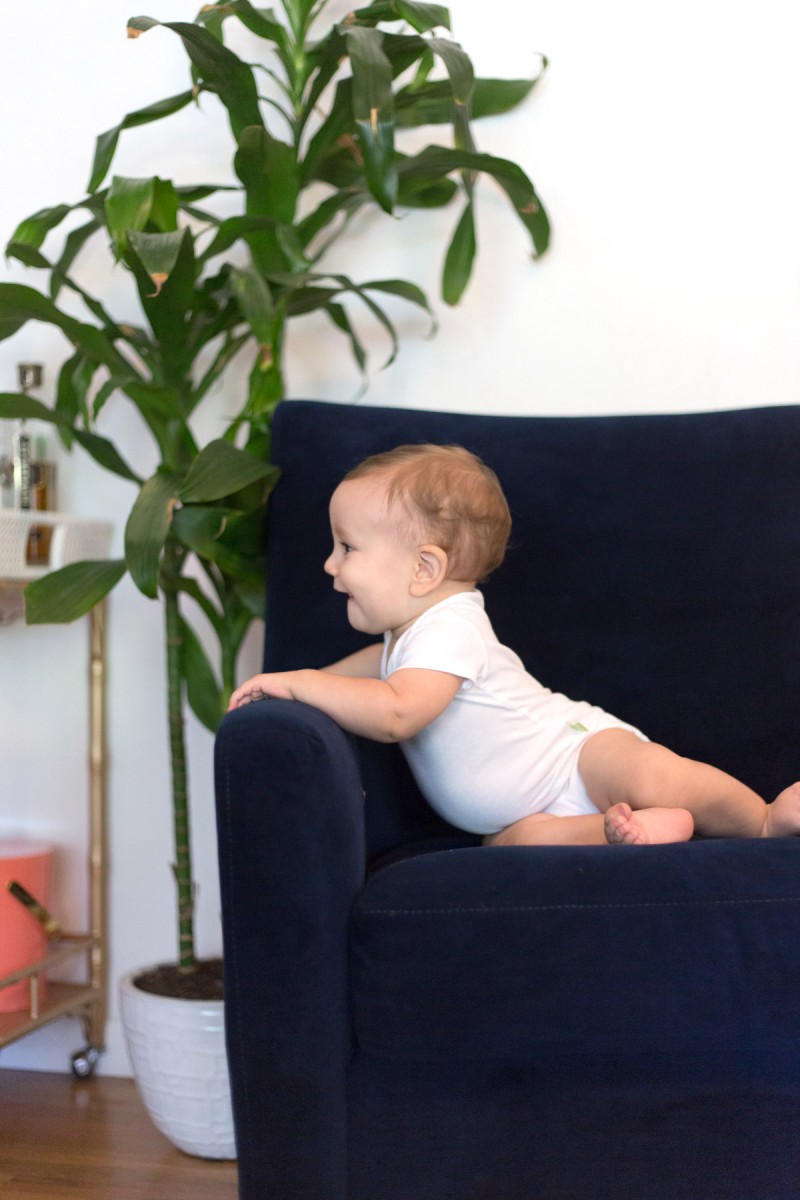 The kid is nine months old and things are starting to get real! One night shy of his nine month birthday, we had our very first brush with illness in the form of some spectacular vomiting and Ryan and I were wayyyyy out of our depth. We called my sister ASAP (who happens to be a supermom) and she came over to calm our nerves. The two of us were in way worse shape than Henry was, though — he would just kind of barf and then go back to being his chipper self. We, on the other hand, were totally jangled and took his temperature about every five seconds for the next day.

But I digress! This kid is definitely becoming a person more and more every day. He’s silly and he’ll tease us or joke with us and make up his own little games (his specialty is “let me dump this thing over the side of the high chair and see how many times someone will pick it up for me”). He is all over the place wiggly and wants to go go go. He has a ready smile and loves to meet people while we’re out and about. He loves to watch and interact with other kids — his cousins are his favorite people to hang out with, I think. He’s starting to recognize and say some words! His first few, in order: dog, fan, truck. Nope, not mama or dada. Just dog fan truck. I’ll take it, I guess. Especially truck. Oh it’s just the most perfect little sound when he says it. Almost in a whisper: Tduuu…CK. With the biggest CK you can imagine.

Also, despite being a nine month old dude, this kid will. not. crawl. Like not on all fours anyway. He’s completely mobile, but his mode of transportation is more like an army crawl situation where he just drags his tummy across the floor. Seems like a lot of work to me but he’s into it. He will army crawl from here to kingdom come to get at a book or toy that he’s interested in. Or to get at anything with wheels that he can touch. He’s so into wheels right now it’s insane. He particularly loves to try to eat the wheels on his stroller, which is dirty and disgusting so we have to hide the stroller now.

But mostly, every day is different and every day is better and I love to see him learning and loving the world around him. I really think he does, and that makes me pretty happy. xoxo 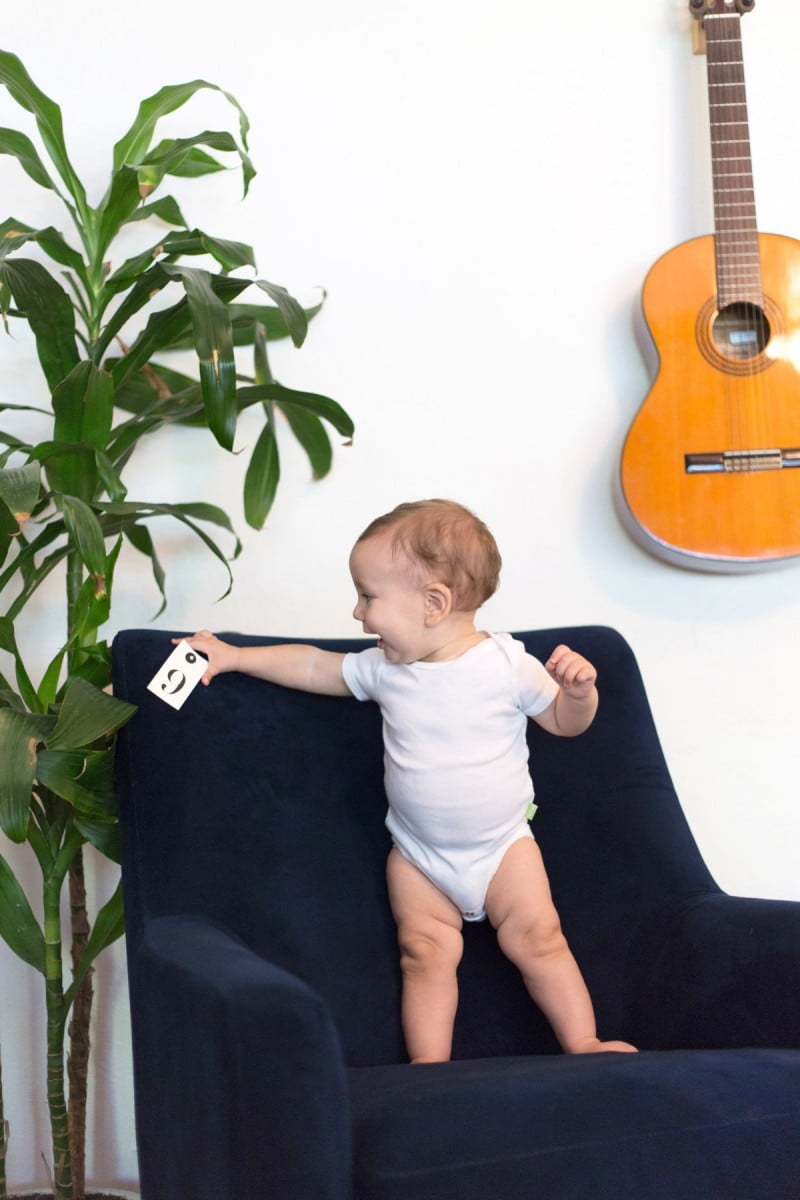 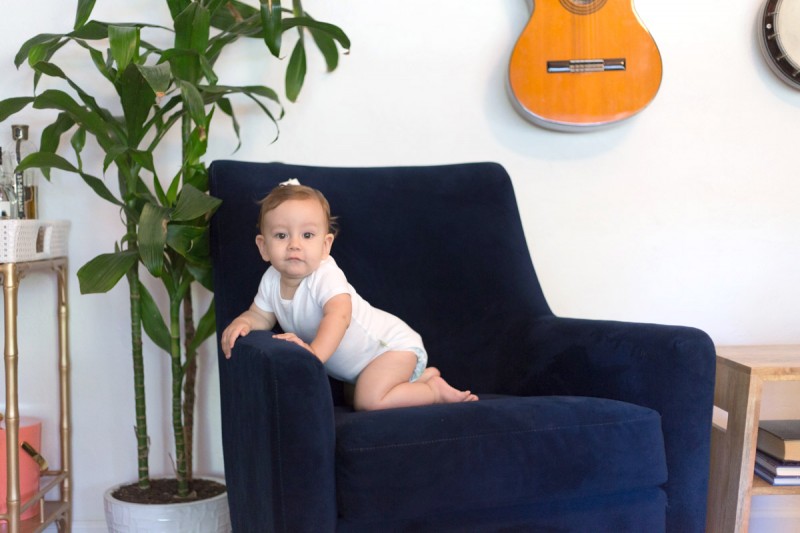