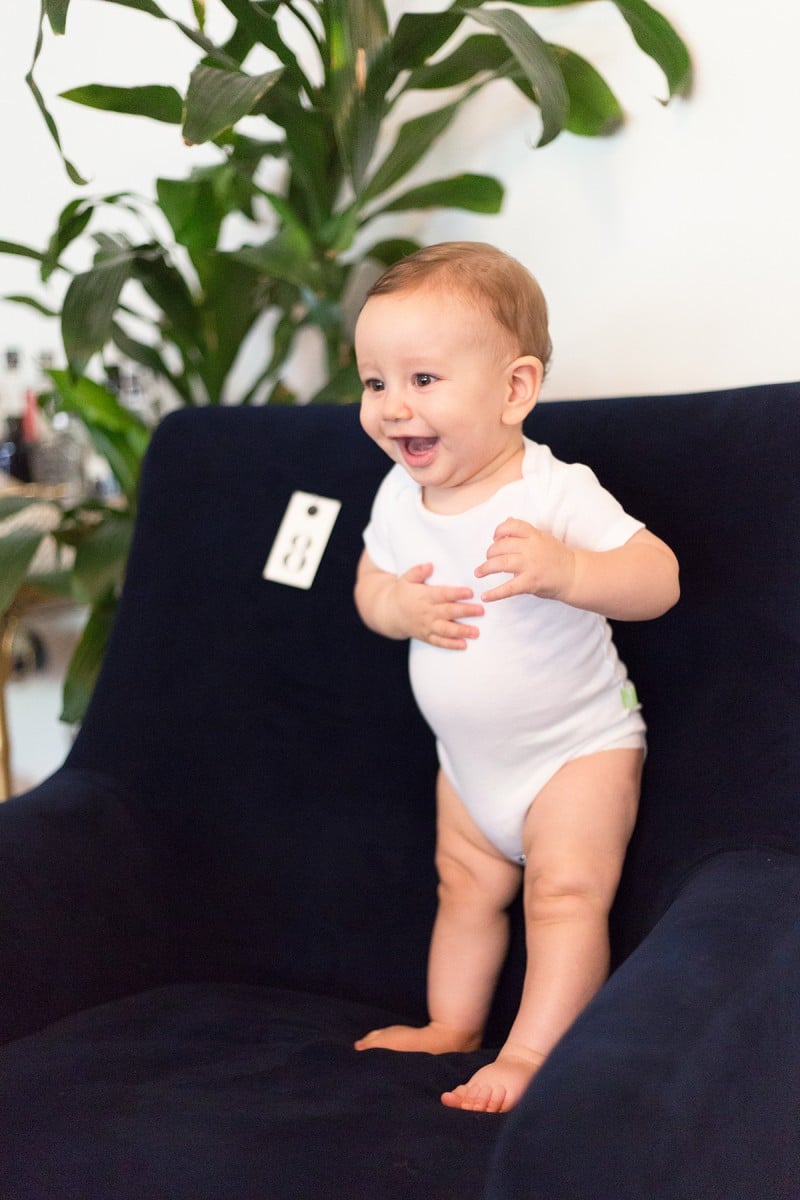 Oh man. This is the first month I’ve felt actual sadness at time passing so fast. Little dude is definitely not little any more and ouchie my heart. He’s big and heavy and has thoughts and opinions and he’s no less adorable but way more grown up. Stop it, kid!

In other news, we’re fully immersed in the world of solids and he’s well versed in proteins and fruits and veggies. And that, friends, is a whole crazy world to navigate so I’ve got a separate post coming up detailing how we’ve handled it. Because there is next to no good information out there about introducing solids. But I digress. The great news is that all that food is resulting in a deliciously chunky baby and his tummy is truly something to behold.

Other new and strange physical talents include testing out the feeling of different toys by hitting himself on the head with them, crawling up my body while he’s in my arms (which is none too comfortable), and rocking on his hands and knees, during which I’m pretty sure he thinks he’s crawling. I’ll let him think so until he shocks himself by actually moving forward one day. He loves standing with help and bouncing with as much force as he can muster. He also basically won’t stay put in any one spot for more than a few seconds, so hanging out with him is becoming a really good workout. Aside from all the physical leaps, he’s also testing out so many new feelings — I can look at him and see his face and emotions change and it’s so fascinating. He really really wants to be around mom and dad all the time right now, which is fine. But then when he’s around us, he kind of wants to be somewhere else. I get the feeling he’s on the brink of a big developmental shift and doesn’t quite know how to process everything at the moment. I have a feeling in a week or two we’ll be dealing with a whole new Henry. But that’s what’s so rad about being a mom! (For reals, I really think that. So cheesy, right?)

So wish this tiny dude a happy 8 months and have a beautiful weekend, all! xoxo 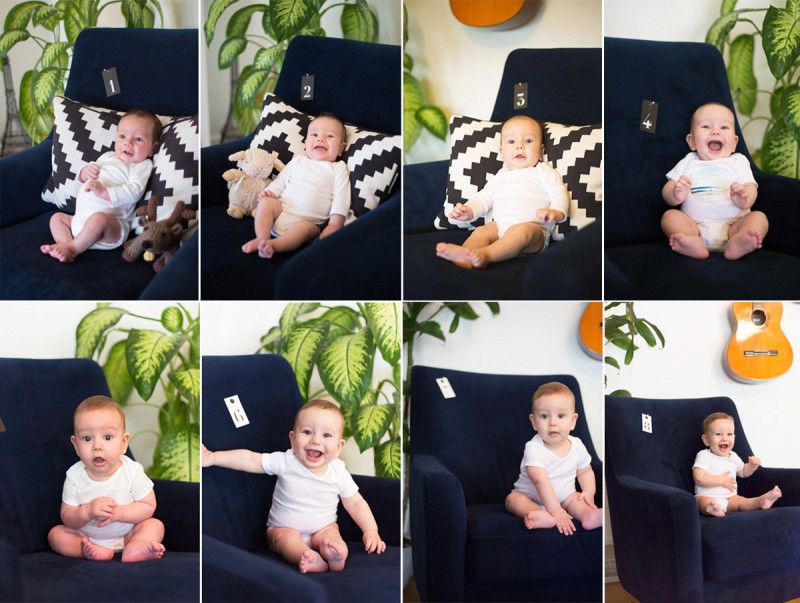 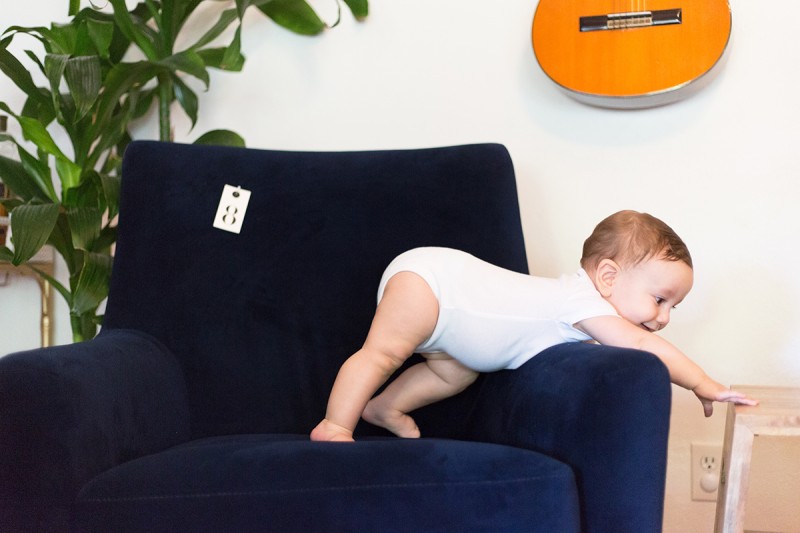