I don’t really bake cakes.  Come to think about it, I think this may actually be the first cake I’ve ever attempted.  And about halfway through the process, I started thinking that I may have bitten off more than I could chew, but pretty soon there was a light at the end of the tunnel.  A light that looked a lot like this: 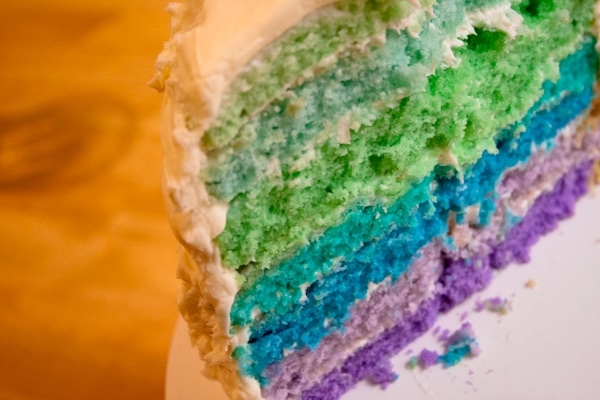 Yeah.  Less like a light and more like a seven-layer cake of deliciousness.  So if you’re up for a little DIY challenge, here’s how to dominate a rainbow cake.

I used one box of cake mix and two (two!) tubs of frosting.  Yeah, I totally used a box.  Don’t judge me.  The pan I used was a 6-inch round, and I baked each layer for about 17 minutes (I only had one pan, so I baked a layer, washed the pan, and started over with the next color each time).  Other than that, it went kind of like this.  xoxo 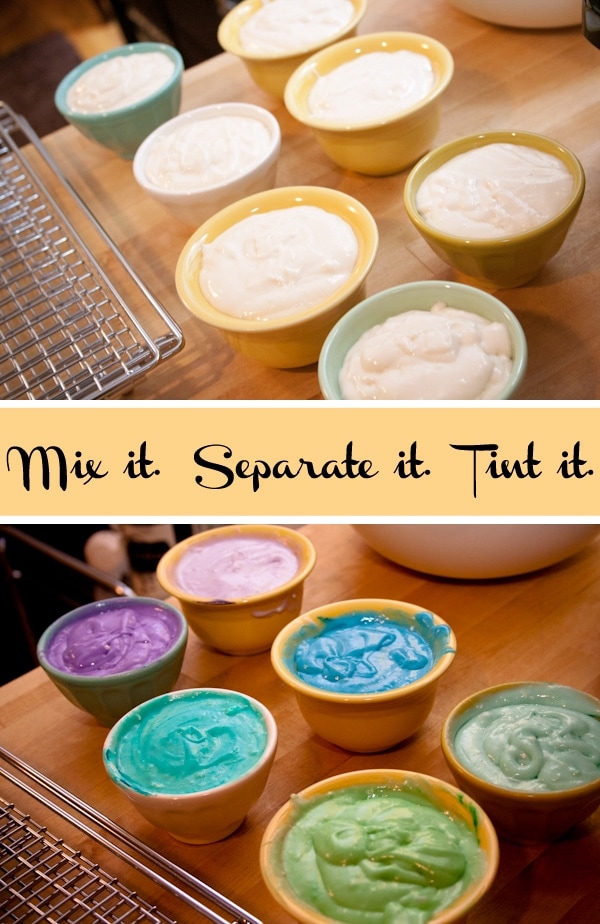 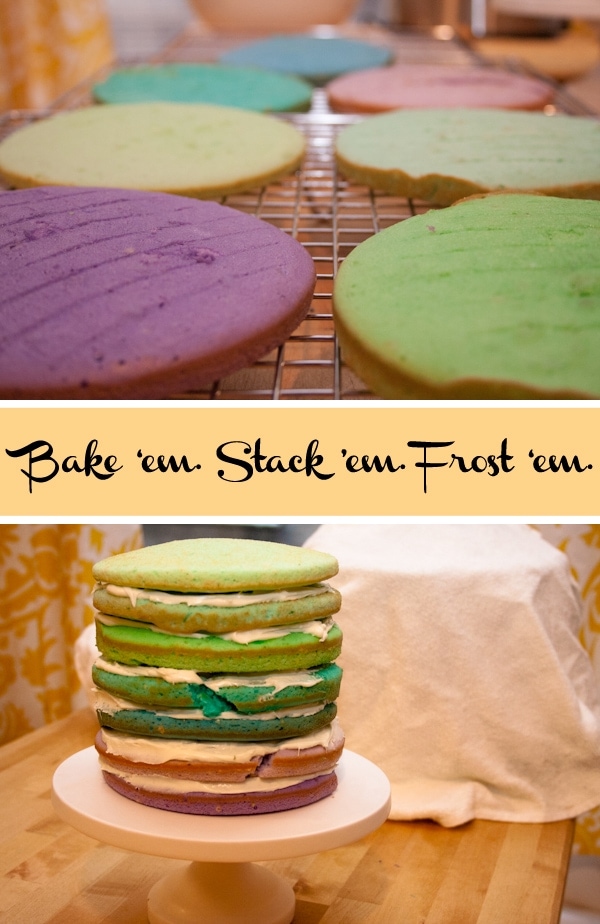 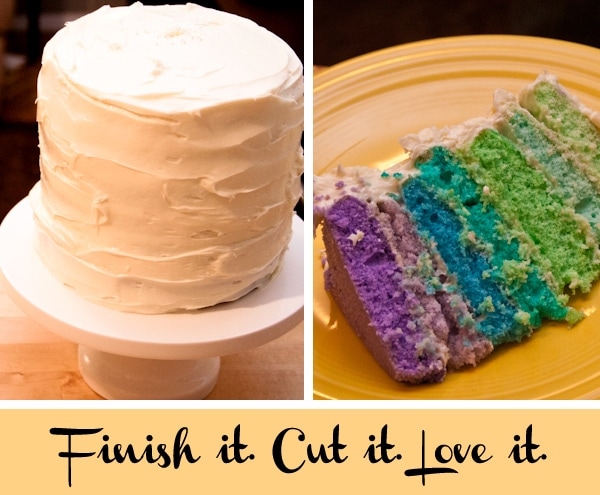 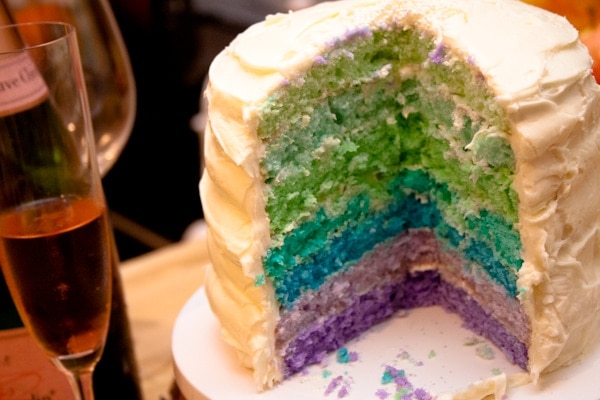