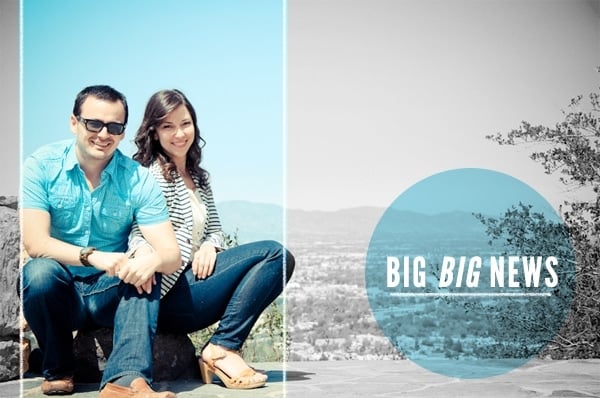 Okay, I’ll cut right to the chase:  Mr. Lovely and I are moving!  After five years living a crazy life in NYC, we’re heading back to California to be west coasters!

We’ve been kind of rolling the idea around in our heads for a year or two now, but the time hasn’t been right until just recently.  Most of you probably know that we both came to NY to do the musical theatre thing, which we have been doing and has been so rewarding.  We’ve literally traveled the country and the world together doing shows, and have met our closest friends in the theatre.  But we both feel ready for the next adventure now that we’ve conquered the city, and we’re just longing for that California sun.  We’ll also be much closer to family, which makes me smile to think about.

All in all, we are both so excited, and kind of chomping at the bit for our moving date!  On the flip side, I keep thinking of things that I’ll miss about NYC, which has been so kind to us.  But it’s not a sadness — it’s more a nostalgia that I feel, which is just another thing that tells me that it’s the right decision for us.

We’re planning on living in the LA area (which is pretty broad, I know), and scoping out places once we’re out there.  It’s crazy to be moving to a place and not have a place to move into, but I know that everything will fall in line.  In the meantime, I’d love to hear your take on the LA area if you live around there.  And once we’re there, we’ll need to make some friends!  Maybe a little LA blogger meetup is in order?

And also, this is my second cross-country move.  Have you ever made a drastic move like that?  There’s so much that goes into it, isn’t there?  But I wouldn’t trade these experiences for anything. I feel like these are the choices that lead you to experience life to the fullest, and that’s how Mr. Lovely and I have always talked about living.  In any case, here’s to the next chapter!  xoxo