As you can imagine, it gets a little tricky planning a wedding that’s taking place 3,000 miles away from where you are.  Good thing I’m an obsessive planner and a monster with a checklist.  A few weeks ago, I took a trip to California to scout out some venues that we had been eyeing online.  Because Ryan’s such a swell fella, he gave me the okay to pick a place that I thought we’d both like, even though he wouldn’t be able to see them in person before we booked.  And I think I done pretty good.  Yesterday, after finding out that both the church and the reception venue were free on the day we wanted, we finally set a date.  Up ’til now, it’s been sort of a floaty, nebulous idea that we were “getting married next year.”  Now, it’s offisch. (Um, short for official.  Duh.) 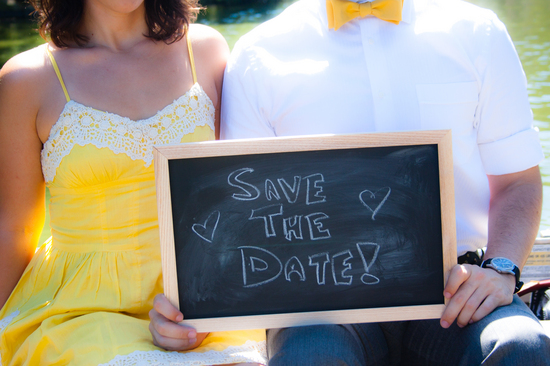